Woman Befriends Cat Who Lived Years on the Streets, and Comes Back for Him

A cat who had lived a rough and tumble life, purred up a storm when someone came back for him at the shelter. 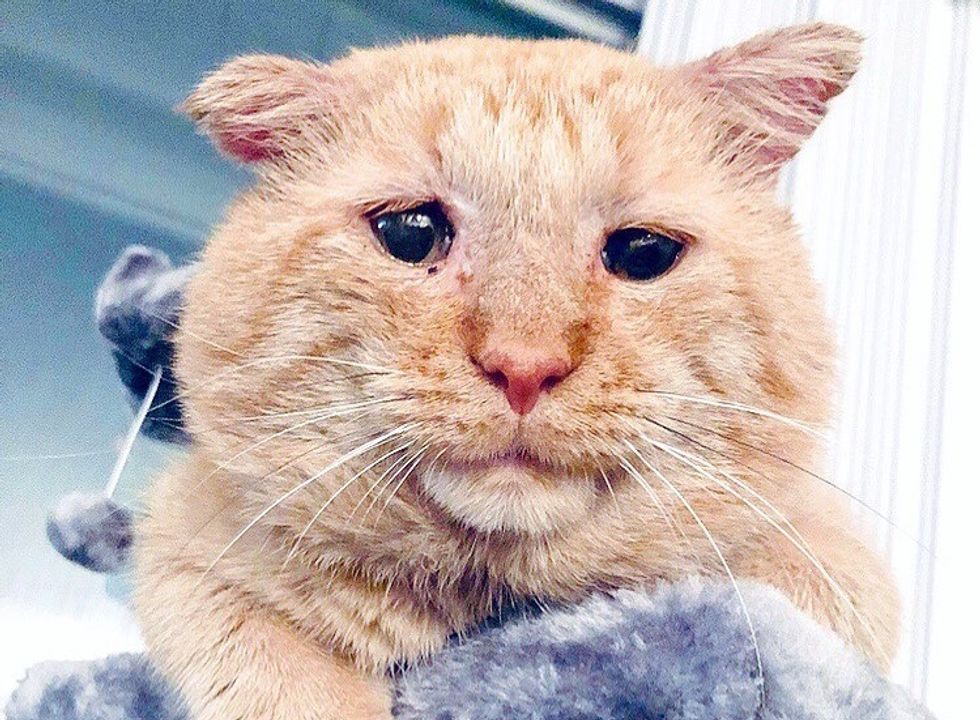 A 6-year-old orange tabby was brought into Animal Humane Society in Minnesota after living most of his life on the streets. He was rough around the edges, covered in battle scars — chipped teeth, a healed injury to his eye, and tested positive for FIV (Feline Immunodeficiency Virus).

Despite it all, he would melt and purr instantly when he was cuddled. They named him Bruce Willis and began a search for a loving home that he so deserved. Whenever someone stopped to visit him at the shelter, he would switch on his purr motor and hope that would be the day.

"Bruce is the sweetest and most affectionate boy around. All cheeks and love, he will brighten every day you spend with him," the shelter wrote. 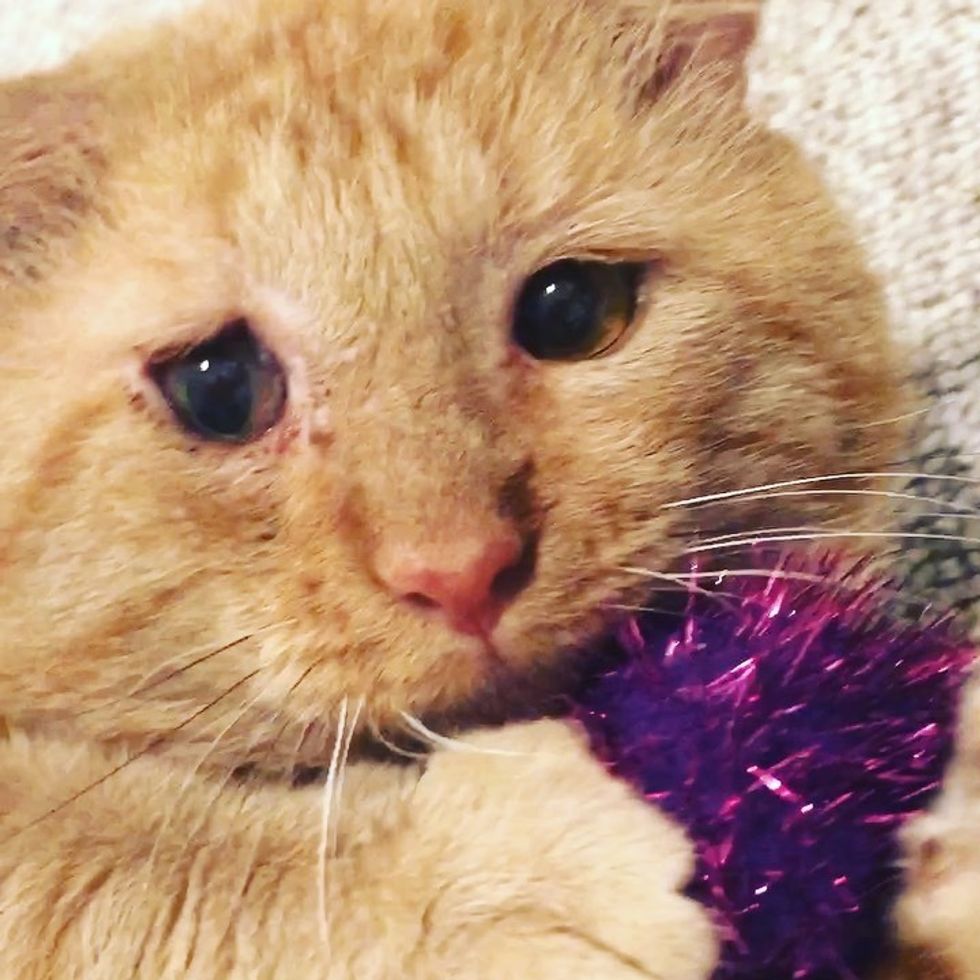 On International Cat Day (August 8th), Sandra found out about Bruce from the shelter's Facebook page and was completely smitten. "When I saw his picture, it just spoke to my heart," Sandra told Love Meow.

She decided to go and visit him, "just to look" since her landlord didn't allow pets. When she walked up to his kennel at the shelter, the sweet ginger boy immediately looked up at her with those sad eyes. 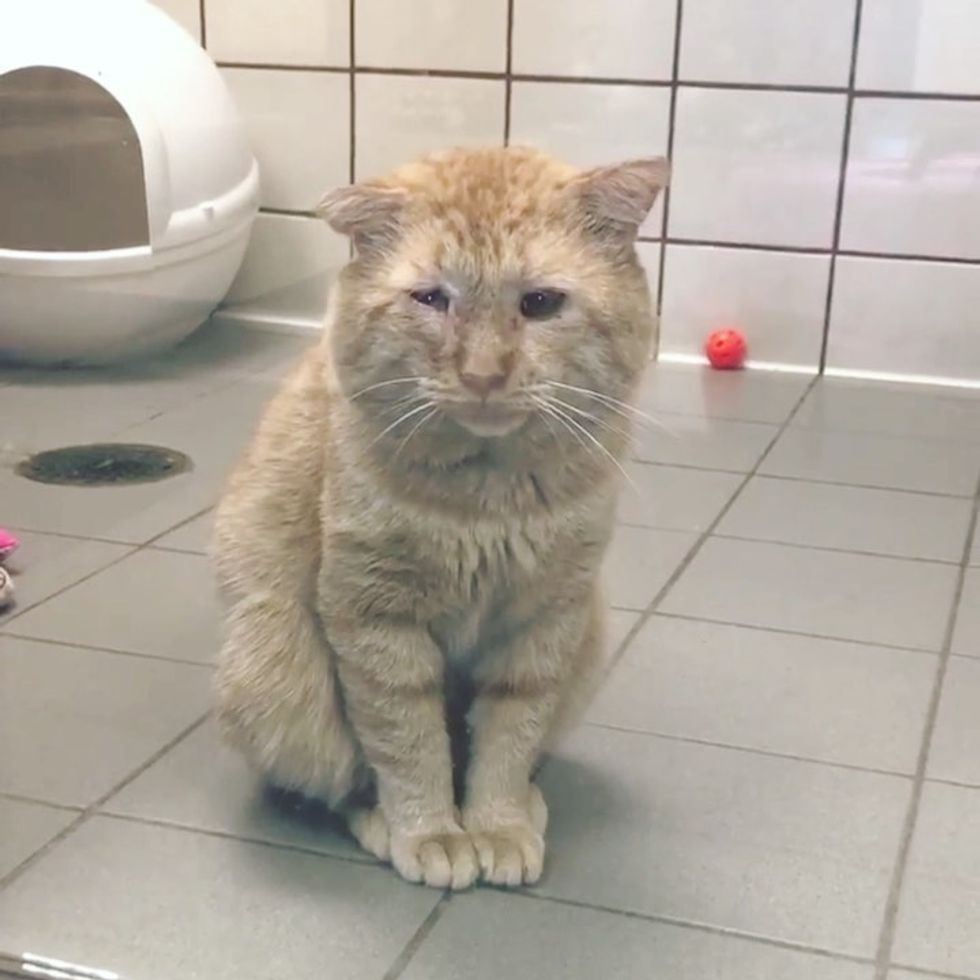 Sandra went home that day, heartbroken. She hoped a good family would snatch him up soon but couldn't stop checking for him on the website every day. When she learned that he was down with an upper respiratory infection, she went to visit him, and kept going back to see him.

After a month, Bruce still hadn't found a home. Sandra knew it was meant to be.

She convinced her landlord to make an exception to her apartment's "no pets" rule. "I sent a picture of him to my landlord (how can you say no to those eyes) and I got permission to get him!" 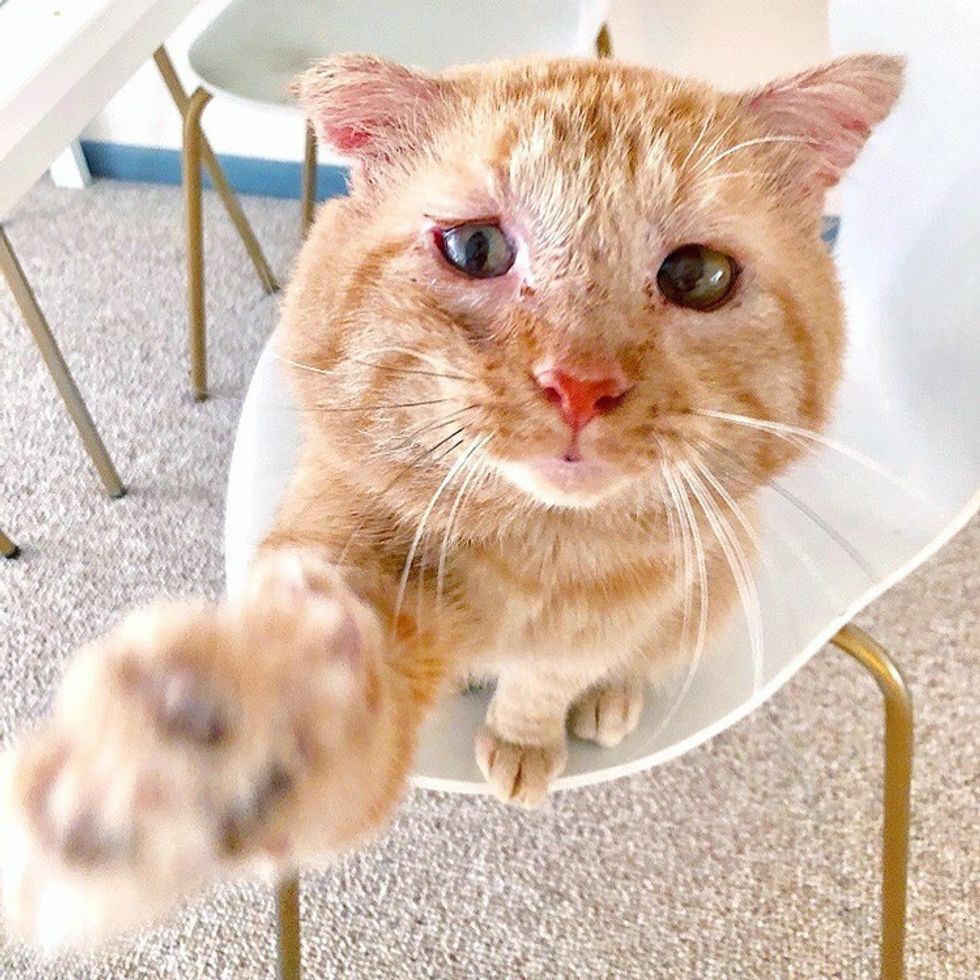 Bruce finally had his dream come true. Within a minute, he lied down on the floor at his new abode and started purring, stretching his paws as if he knew he was home.

"He didn't stop purring all night. Since that day, he's been following me around no matter where I go," Sandra told Love Meow. 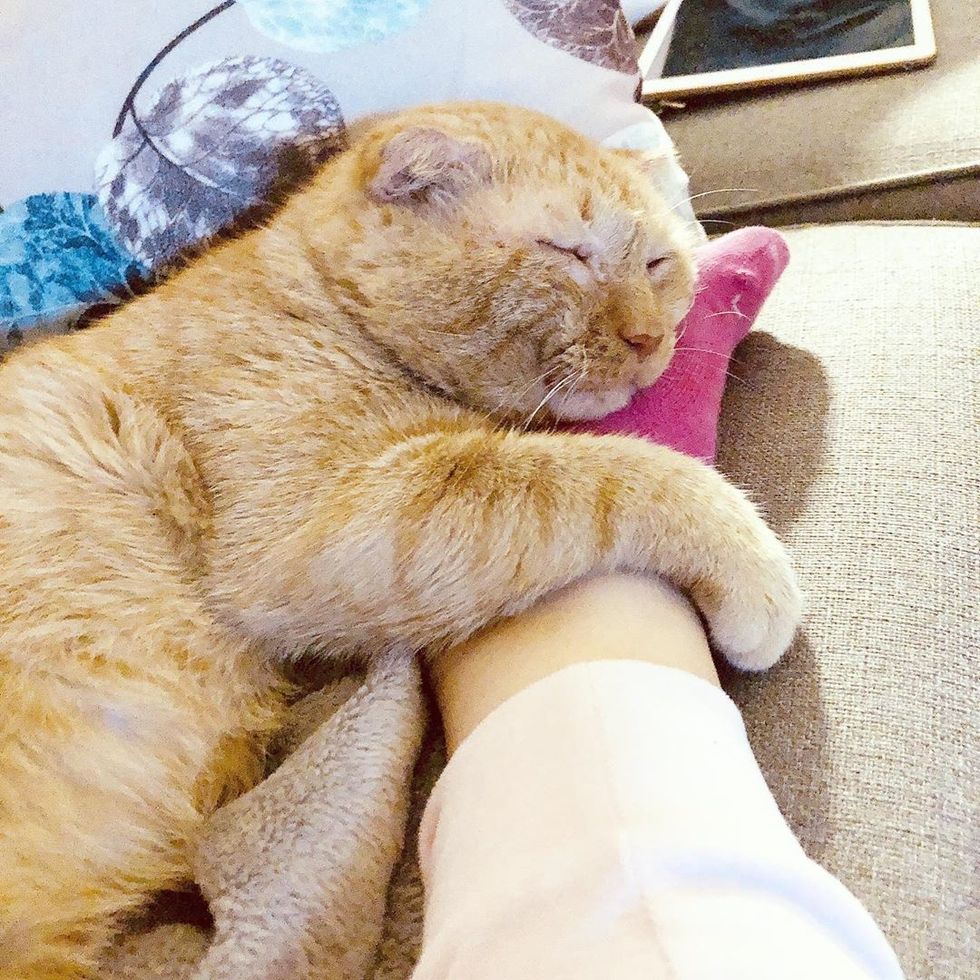 It took a few days for Bruce to get used to all the new things around him and to realize he no longer had to fight for food and fend for himself. Now, he has a human to love and protect, and the tabby boy is the happiest he's ever been.

Watch Bruce's journey to forever home in this video:

Cat has dream come true after years on the streets youtu.be

"He came into the bathroom when I was showering one day, and looked at me and started meowing as if he was trying to call for help to rescue me from the water," Sandra said. 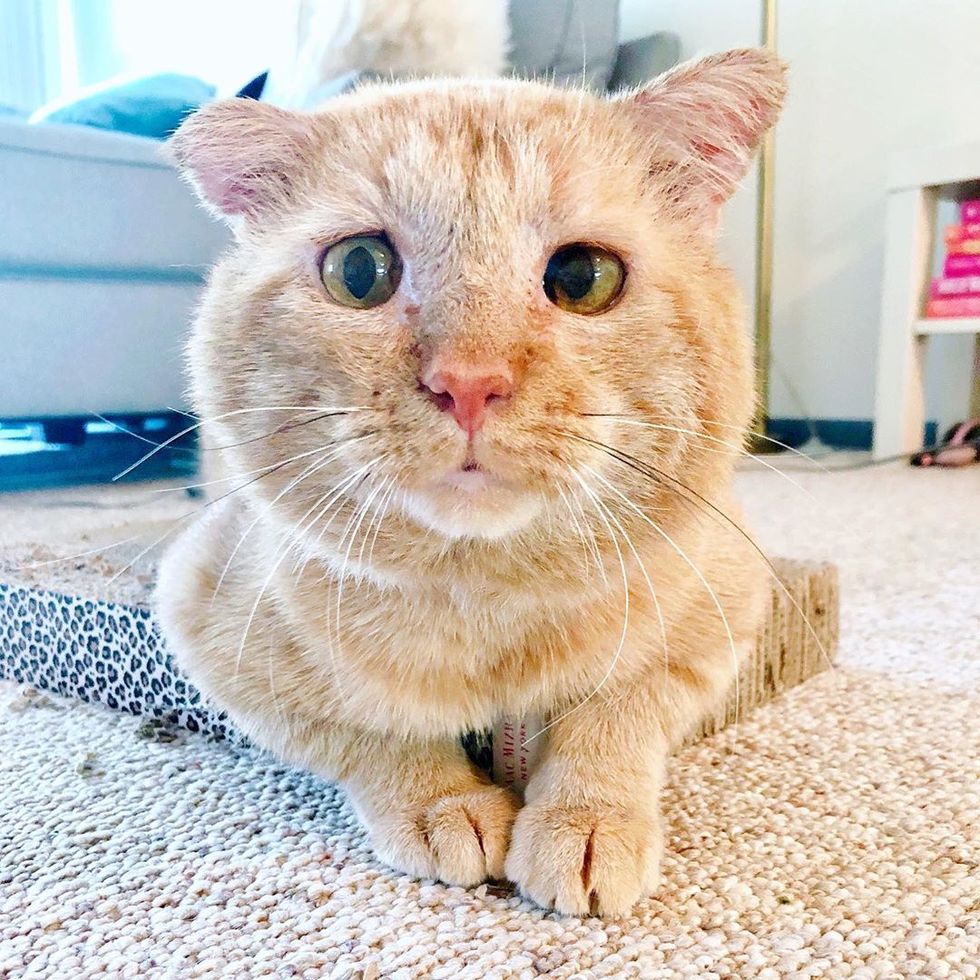 As soon as Sandra sits down on the couch, Bruce comes running and cuddles right up to her.

He is an expert purrer. When his motor goes off, it reverberates throughout the room. At the vet, he was purring so loud that the doctor couldn't hear his heartbeat. 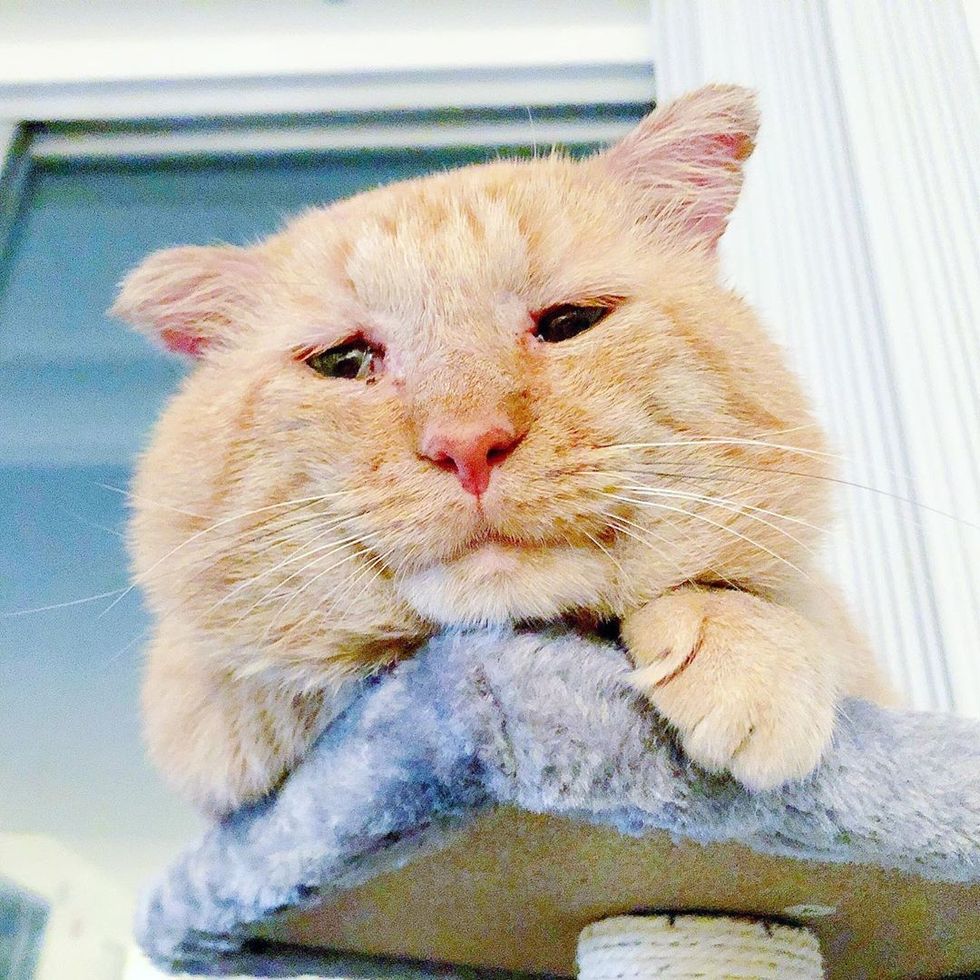 He wakes up next to his human mom every morning and goes to bed curled up, purring in her arms at night.

After years wandering the streets, Bruce is now living the good, joyous life he always wanted. 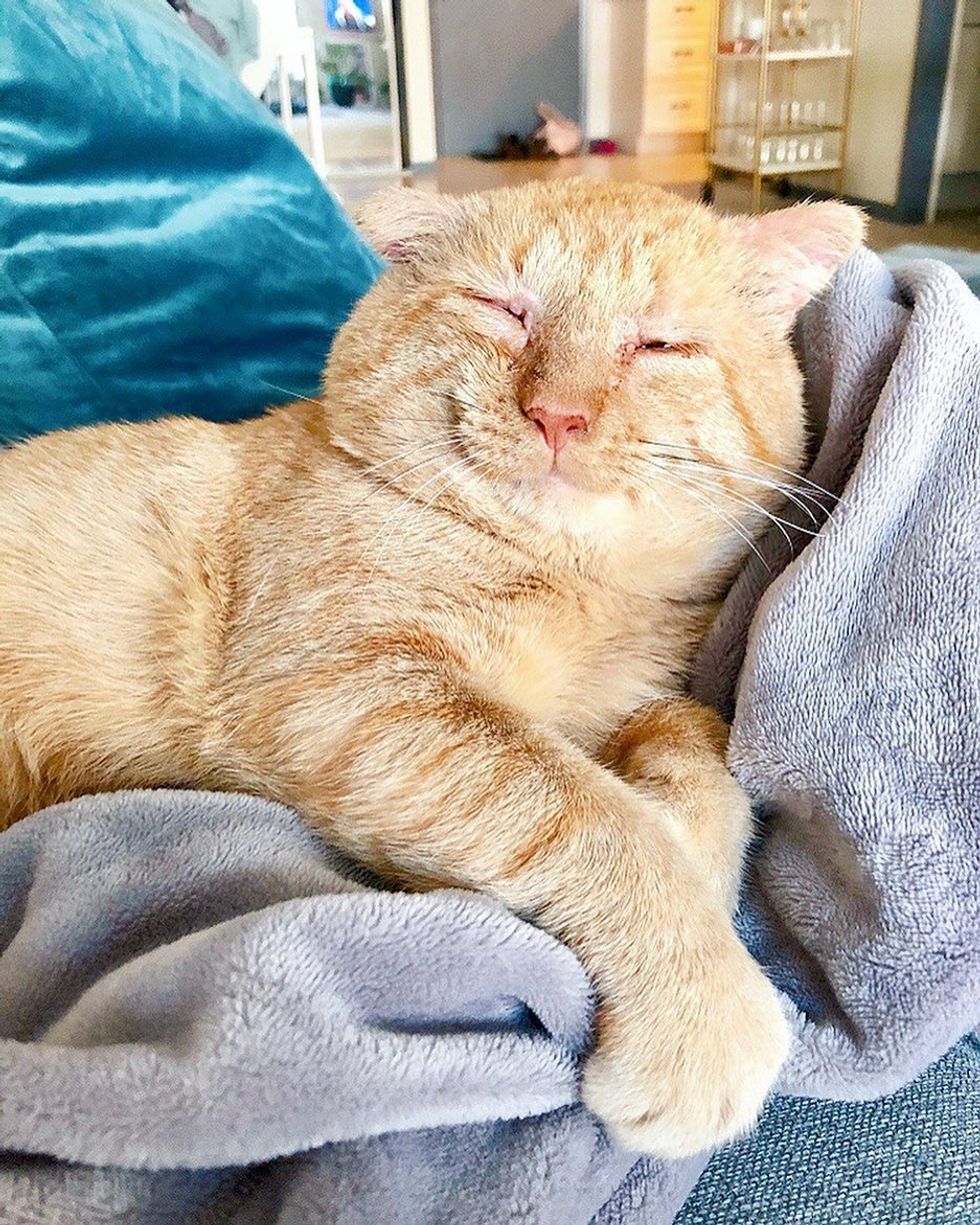