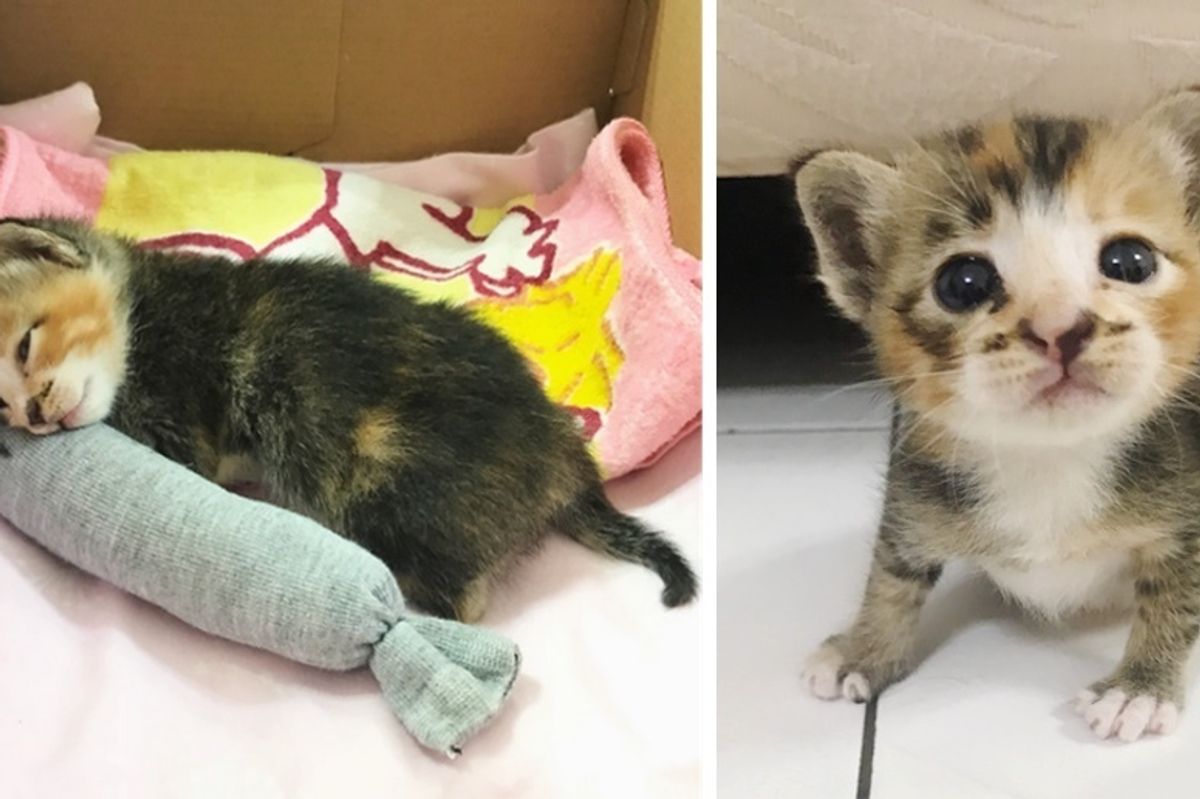 Woman Saved Kitten Lying on Street Alone, While Others Just Passed Her By

A young woman found a tiny motherless kitten lying on side of the street all alone. She knew she had to save her. 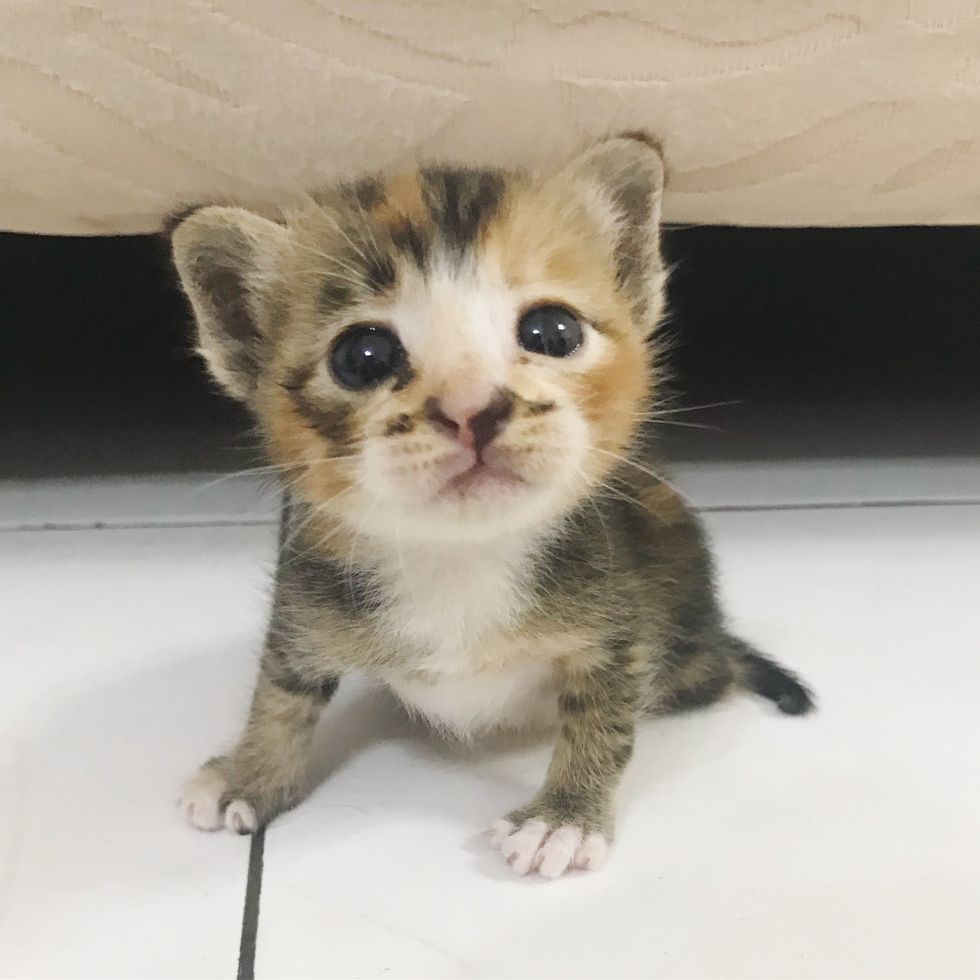 About a month ago, Jieyan Ow from Malaysia was on her way to lunch when she spotted a kitten on the street, who was barely able to move. Upon closer inspection, she realized that the kitten had an injured leg and was too weak to cry for help.

Many people passed her by, and the mother cat was nowhere to be found. Knowing that the kitten wouldn't survive on her own, Jieyan scooped her up and rushed to get her help.

"She was estimated to be about three weeks old, weighing only 260 grams," Jieyan told Love Meow. "Her leg joint was dislocated." 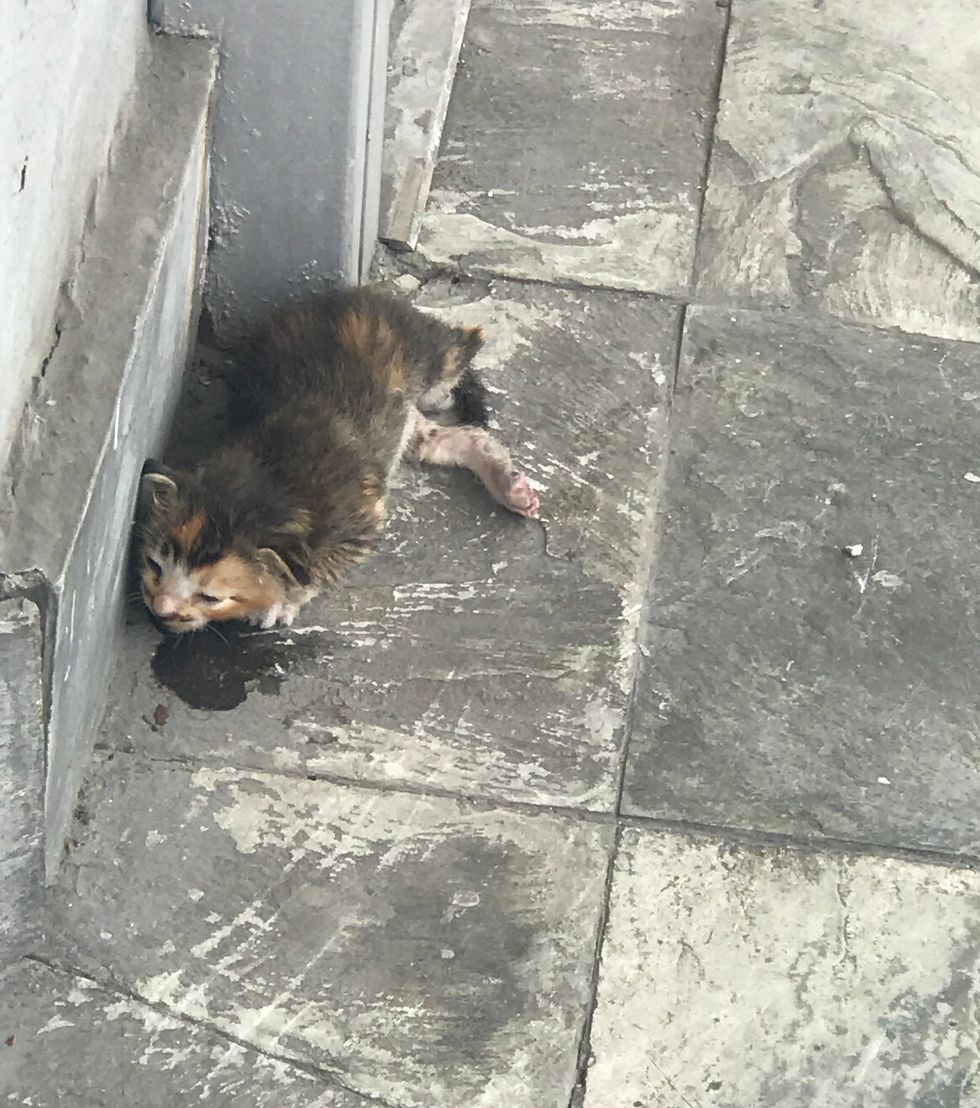 Since the kitten was very young, they hoped that the leg would heal on its own as she recovered at home.

Jieyan, who knew very little about kittens, got a crash course on how to care for orphaned feline babies and began around-the-clock feeding for the calico. "I hadn't handled a kitten before, so I had no clue how to do it. Kitten Lady on YouTube was a life savior." 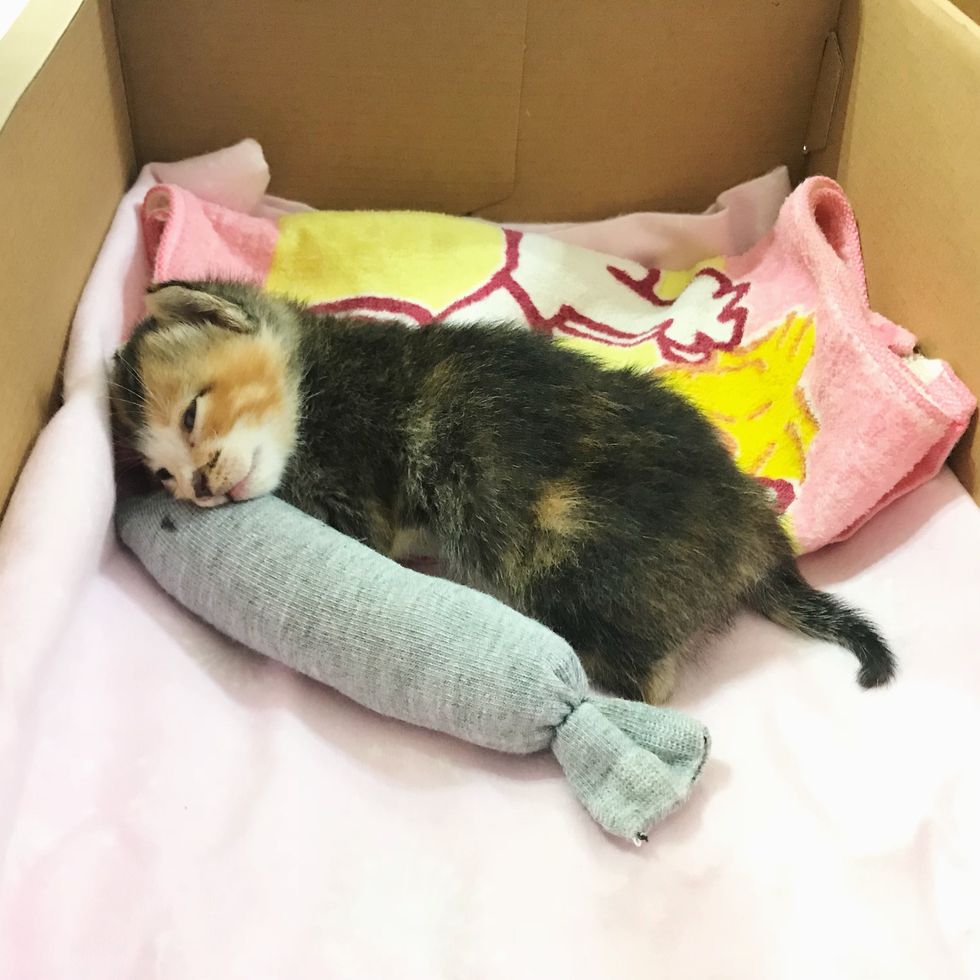 The first two days were tough as the kitten was very scared and refused to eat. Jieyan stayed by her side and tried to be a source of comfort for her so she wouldn't feel alone.

Slowly, the kitten warmed up to her human, accepted her pets and began to perk up. 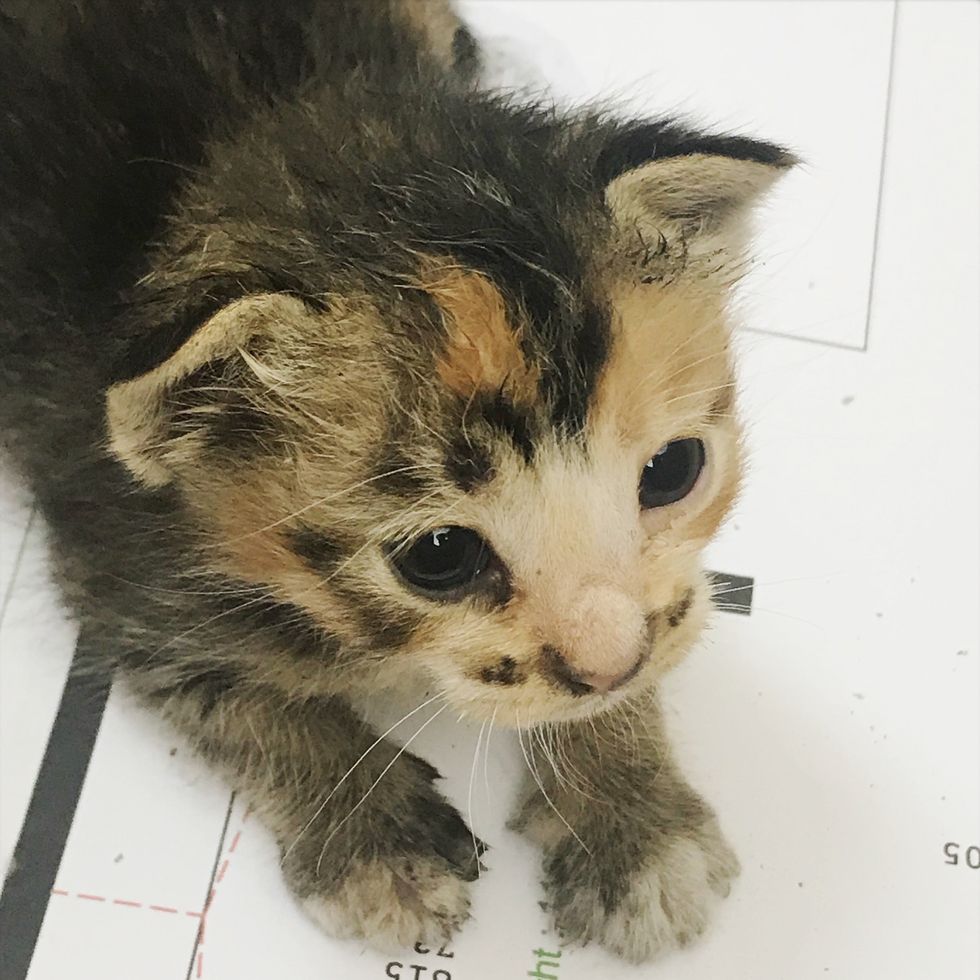 Next thing they knew, she was scarfing down the food and even purred for the first time.

They named her Baby Tiger. She was no longer afraid and quickly became attached to her rescuer. 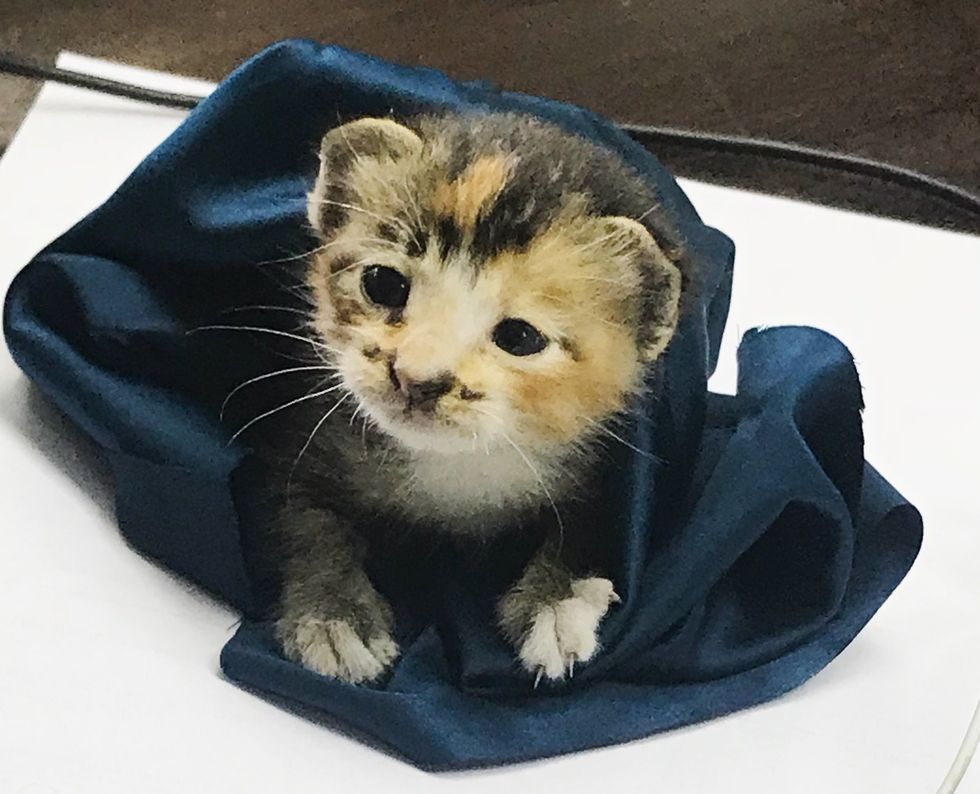 A week later, they found a large lump near her leg likely due to her injury. "Fortunately, we managed to bring her to the vet just in time," Jieyan added.

With vet care and medication, Baby Tiger was on the mend. Over the next one and a half weeks, she began to use her leg more often. When she fully regained her strength and mobility, she couldn't stop playing. 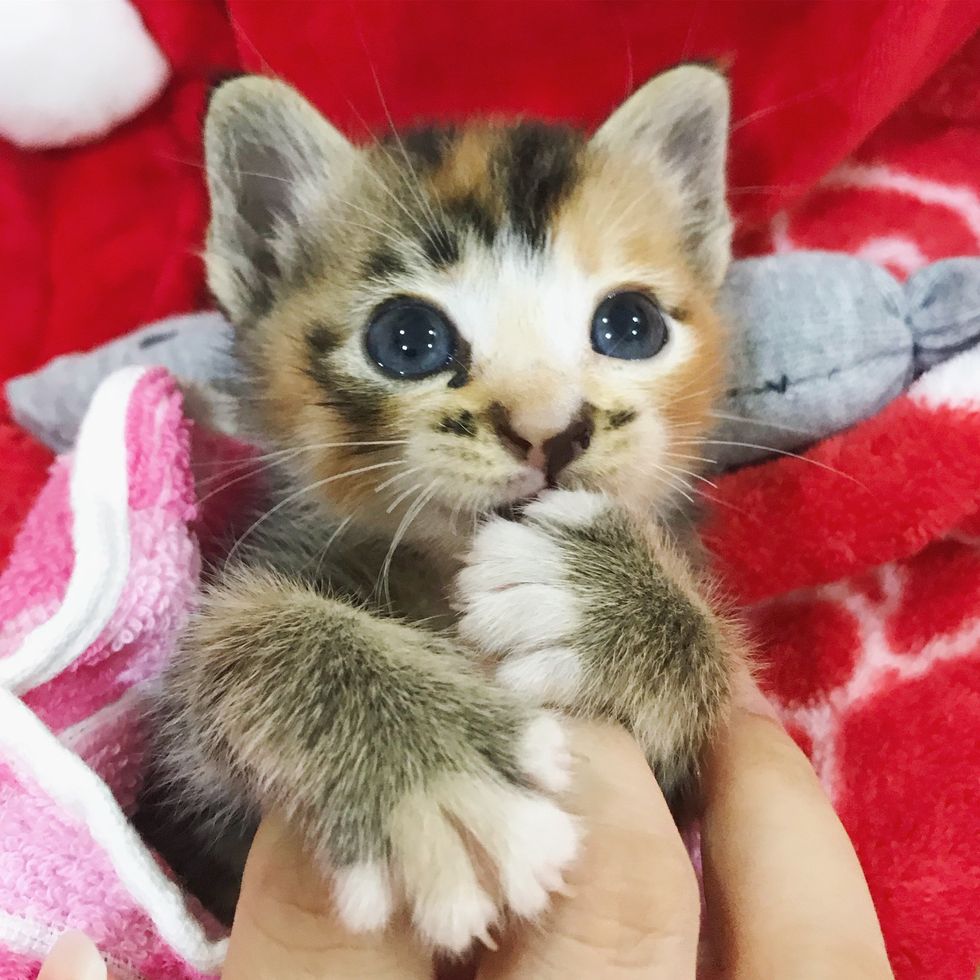 "Baby Tiger was getting so playful, curious and very clingy to humans," Jieyan told Love Meow.

"She has big round eyes, purrs a lot and demands attention all the time. She needs to be cuddled to sleep every day." 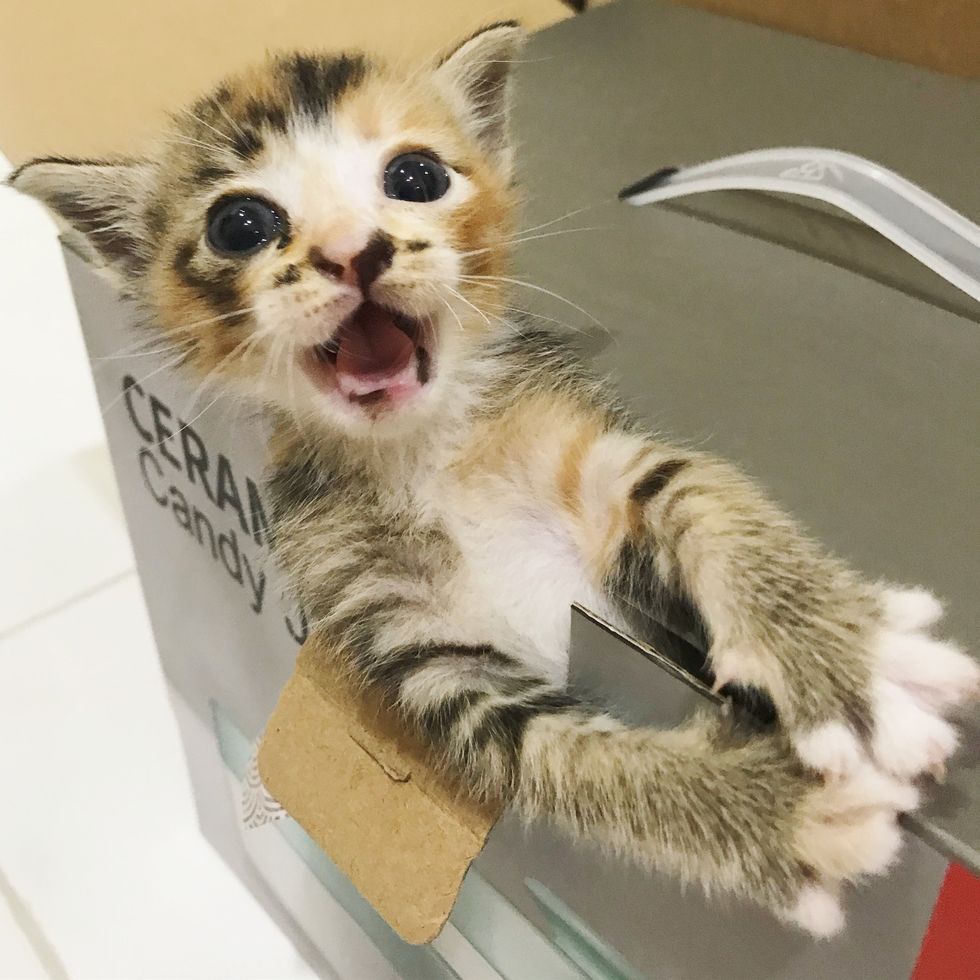 Tiger is now seven weeks old. She's blossomed into a happy, healthy and rambunctious little kitty. Her leg has healed up nicely and she can run and jump just like any other kitten.

"She is able to scamper around the house at lightning speed. We are all very proud and love her to bits." 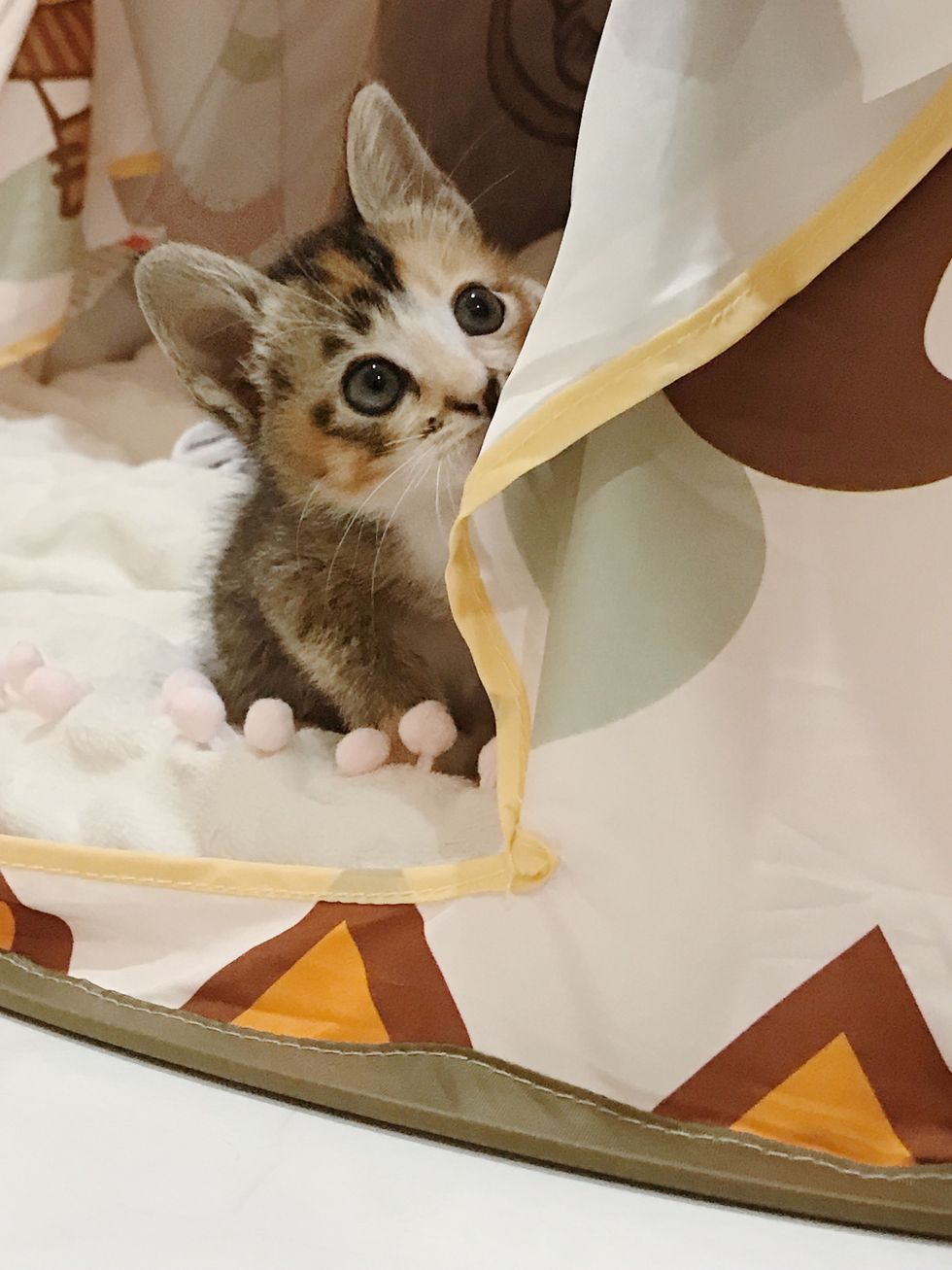 Jieyan never expected to save a kitten from the street and have her heart completely stolen by something so small.

Baby Tiger has come a long way. Now she makes sure her human is never by herself and follows her everywhere she goes. 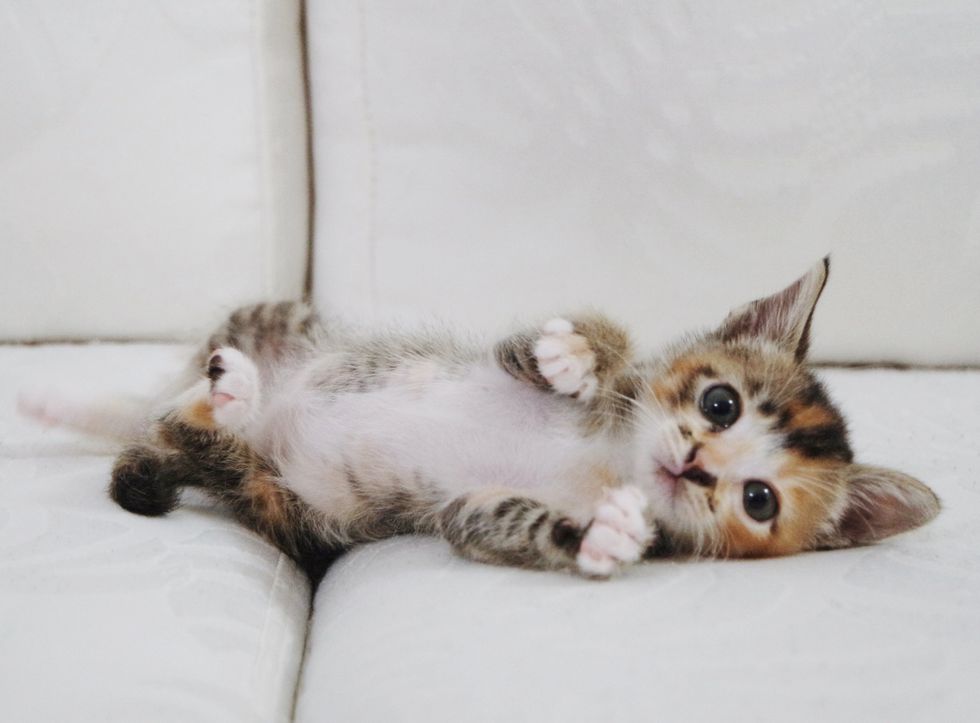 Related story: Kitten Found Under Street Lamp Stops Crying and Starts Purring When She Finds Someone to Love