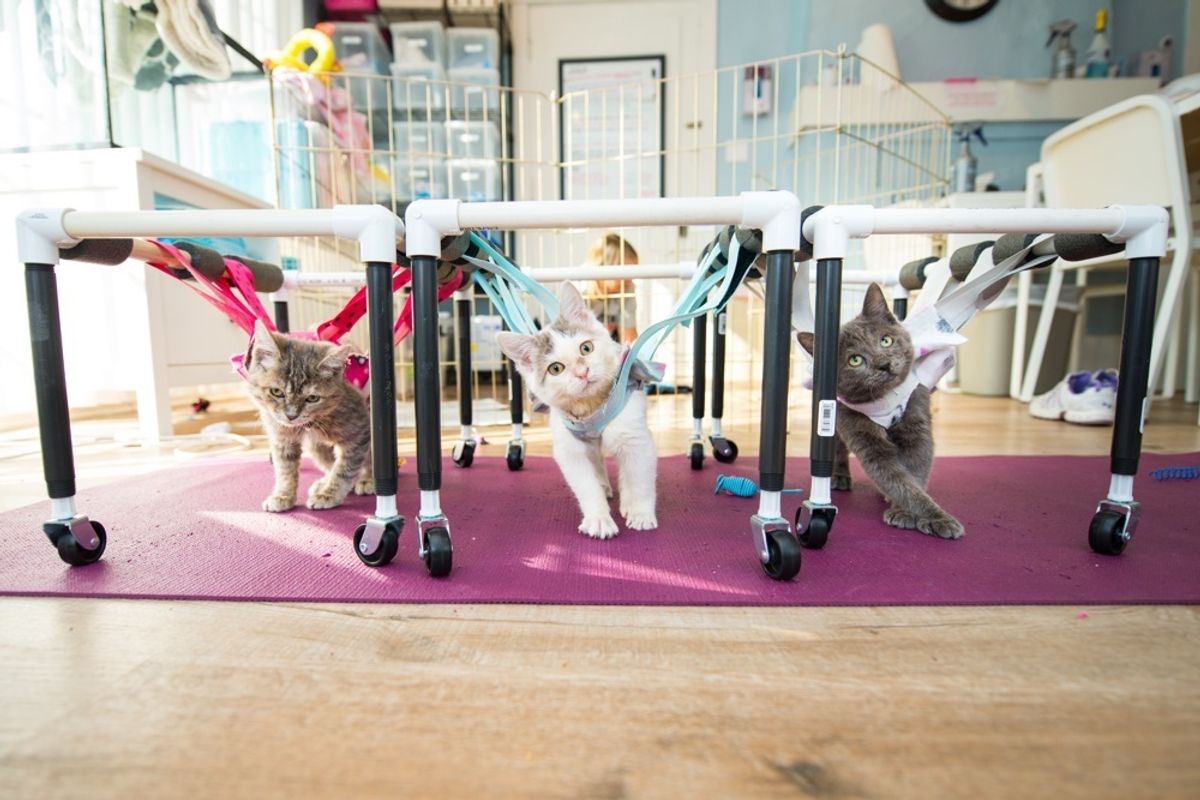 They Give These Wobbly Sisters Wheels, Seconds After They Get In...

Three sister kitties are not able to walk on their own, so a volunteer made them three sets of wheels. Seconds after they were strapped in, they couldn't stop playing. 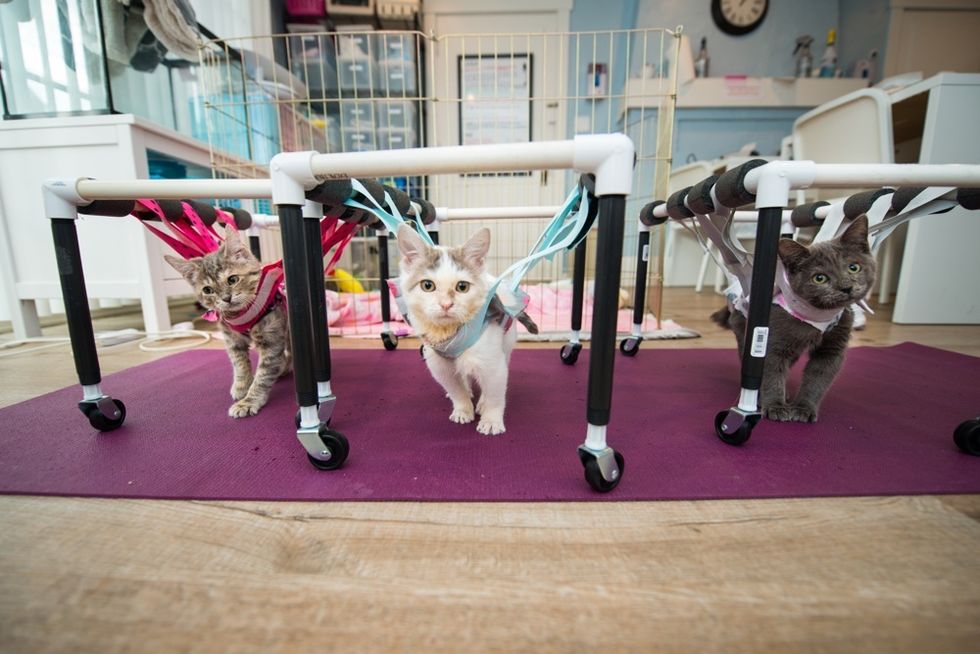 These wobbly kittens are very special living at the kitten nursery of Kitten Rescue, a Los Angeles-based non-profit organization dedicated to saving homeless and abandoned cats and kittens.

They were born with a condition called Cerebellar Hypoplasia (CH), which means they are unable to walk and have difficulty controlling their motor functions. However, the little fur babies are full of love, curiosity, and playfulness.

They were saved from a kill-shelter at around a week old before anyone noticed anything was wrong with them. 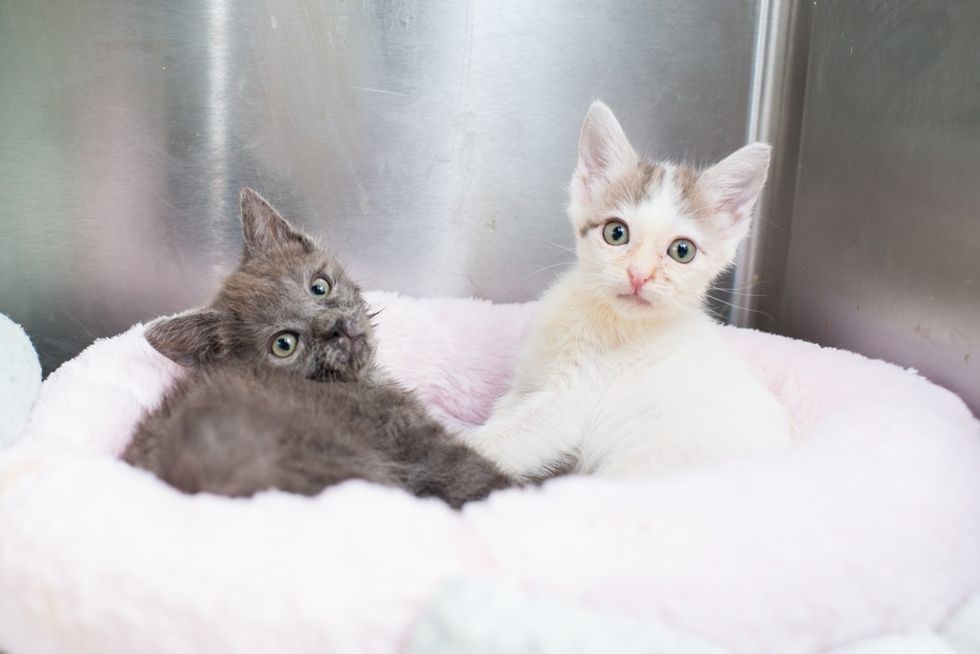 The feline sisters came to Kitten Rescue for a second chance at life. Nursery Manager quickly realized that something wasn't right - the three little siblings were not outgrowing their floppiness.

Blossoms lying in her comfy bed. 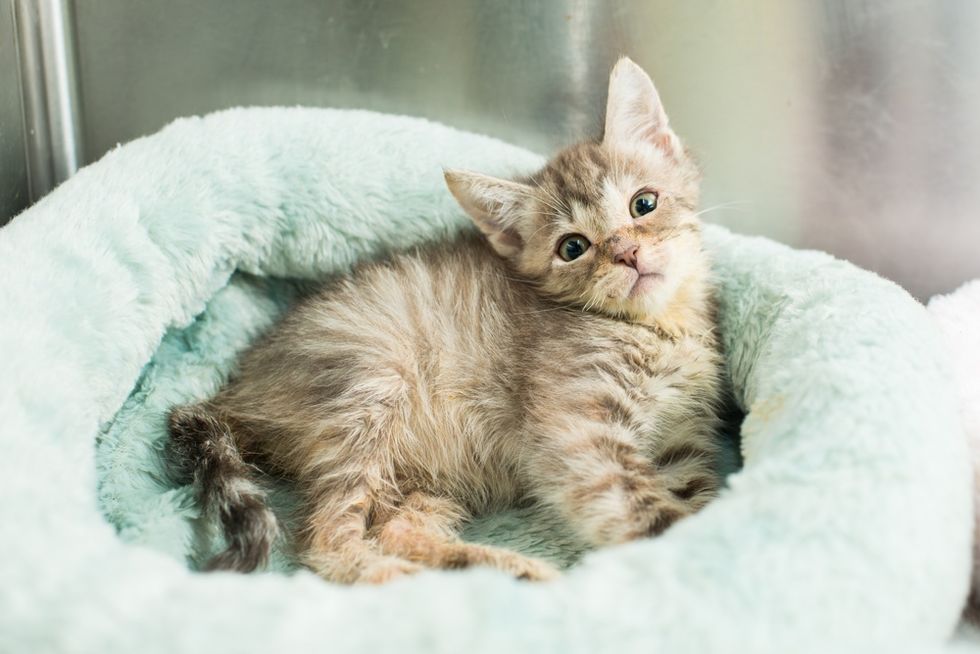 All three have CH, which was caused from exposure to Panleukopenia in utero. They cannot walk on their own, but the volunteers at Kitten Rescue are determined to help them.

"One of the volunteers made little wheelchairs for them to gain strength and they can stand and practice walking in them, which is amazing," Casey Elise Christopher told Love Meow. 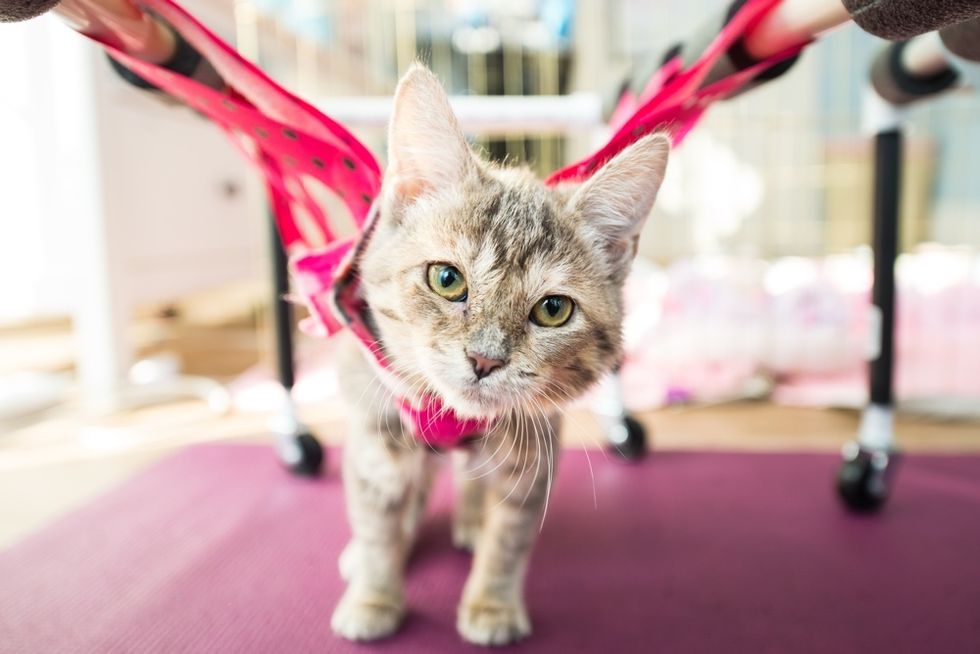 These special carts allow caregivers to work with the kittens on strengthening their muscles so they can learn to hold their bodies up on their own and even walk.

Just a few seconds after they got in their new wheels, the kittens were so excited to be able to stand up that they tried to catch whatever toys that came their way. 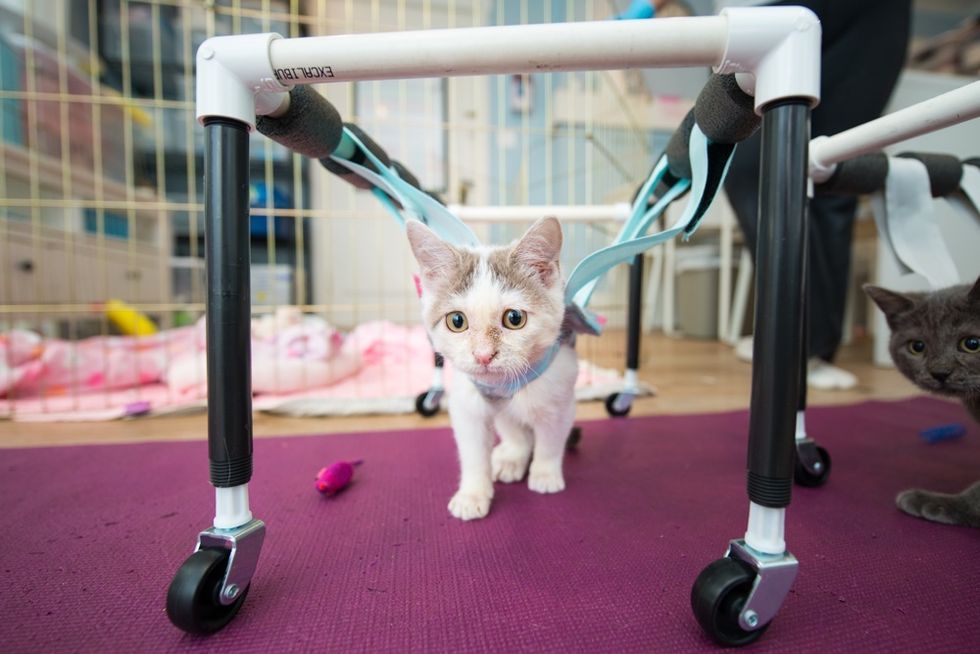 Little Buttercup is getting a hang of the wheelchair and moving around on her own. 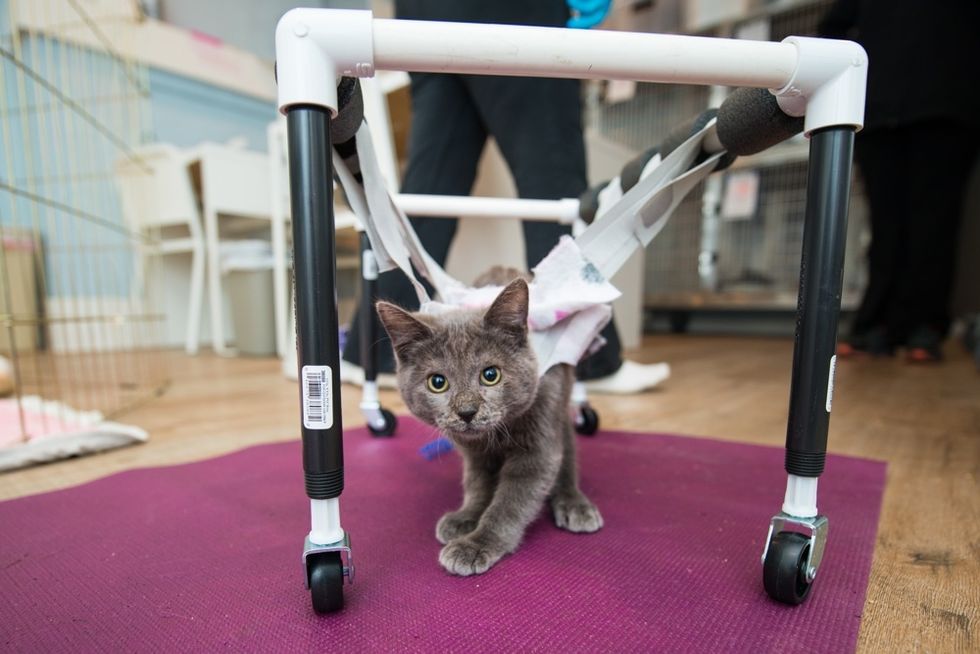 "These girls are courageous and strong, they don't know any different and are so happy and loving. They will remain with us for as long as it takes to find them special adoptive homes where they will be cherished and cared for," Kitten Rescue said.

The three sisters are loving the new found strength. They are eager to learn to stand, play and walk on all fours. So brave! 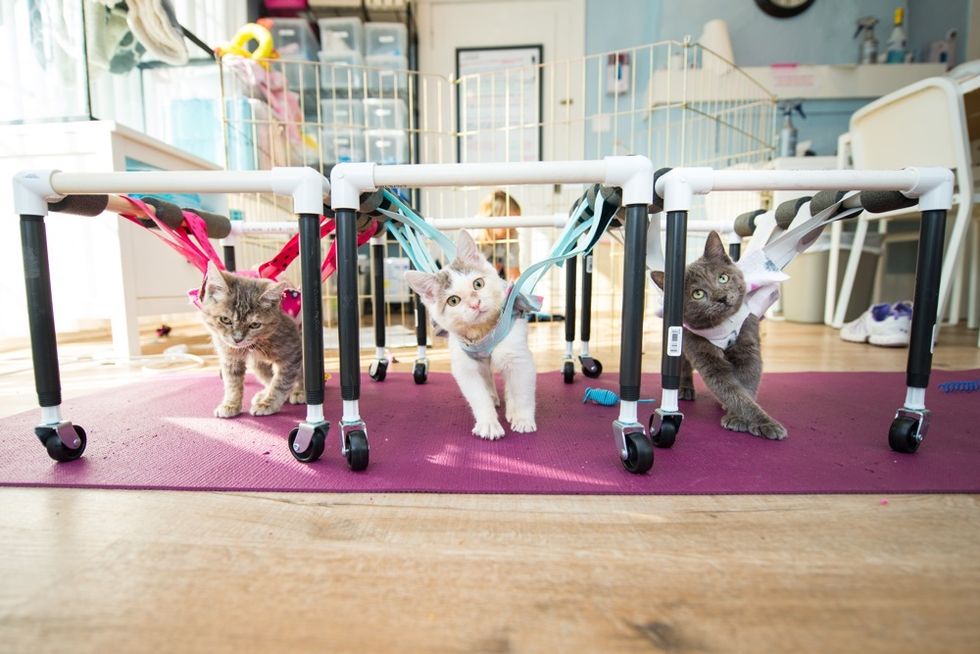 Their caregivers are very proud!

These girls are up for adoption to a very special home. If you are interested, you can contact Kitten Rescue.