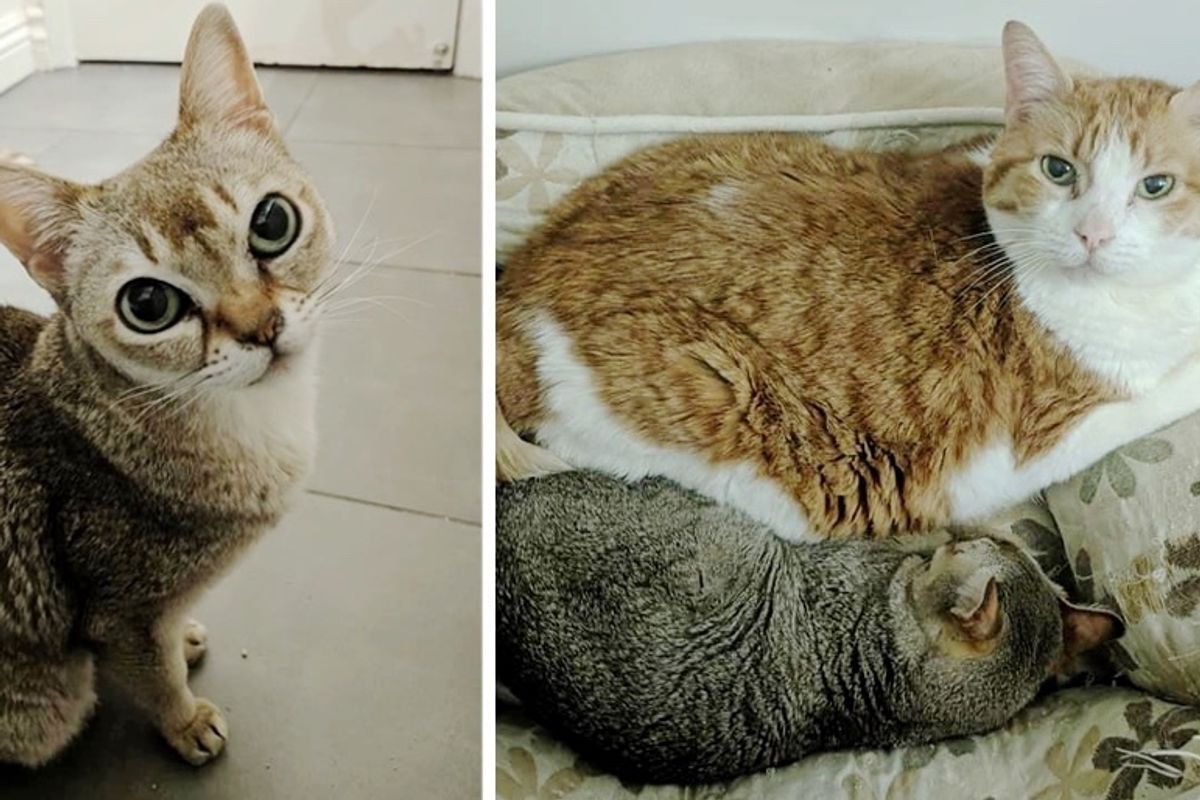 Two feline best friends suddenly found themselves at the shelter after they lost their home. 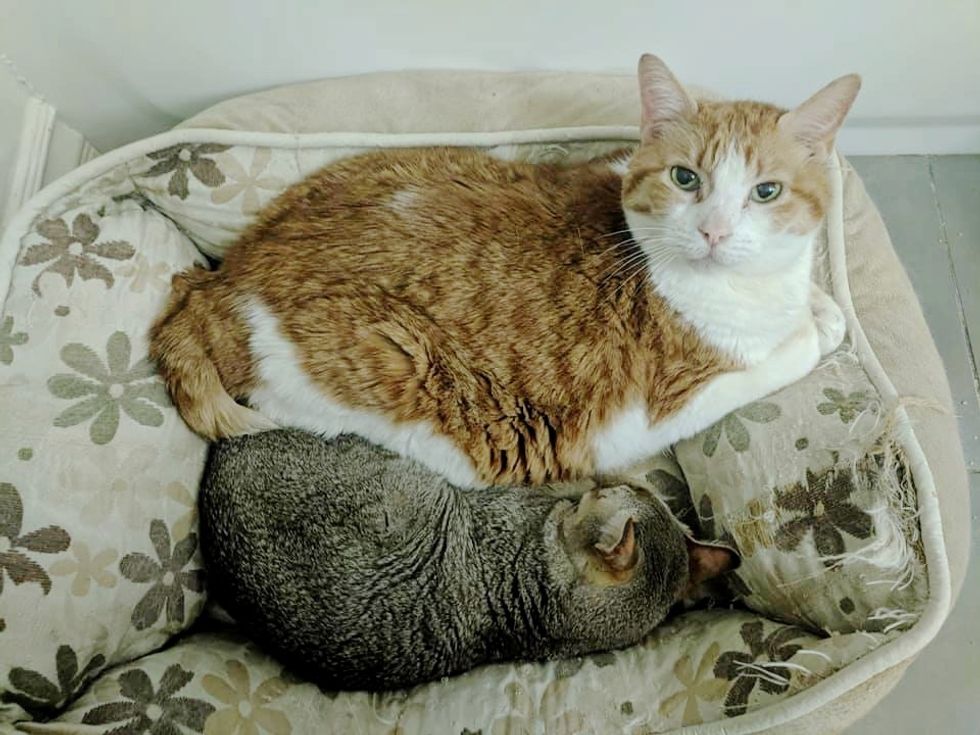 Danny, a 10-year-old orange and white cat, and Sandy, a 5-year-old Singapura, share an incredible bond.

Two months ago, Danny and Sandy were brought to Orange County Animal Care after their owner passed away. Suddenly, they were placed in an environment so foreign to them. They were scared, lost, and very stressed.

Sandy huddled against her best friend and hid her face in his coat the entire time while they were waiting for someone to rescue them.

Jacqueline DeAmor, co-founder of Friends for Life Rescue Network in Los Angeles, came across the pair from the shelter's listings and immediately reached out to help. 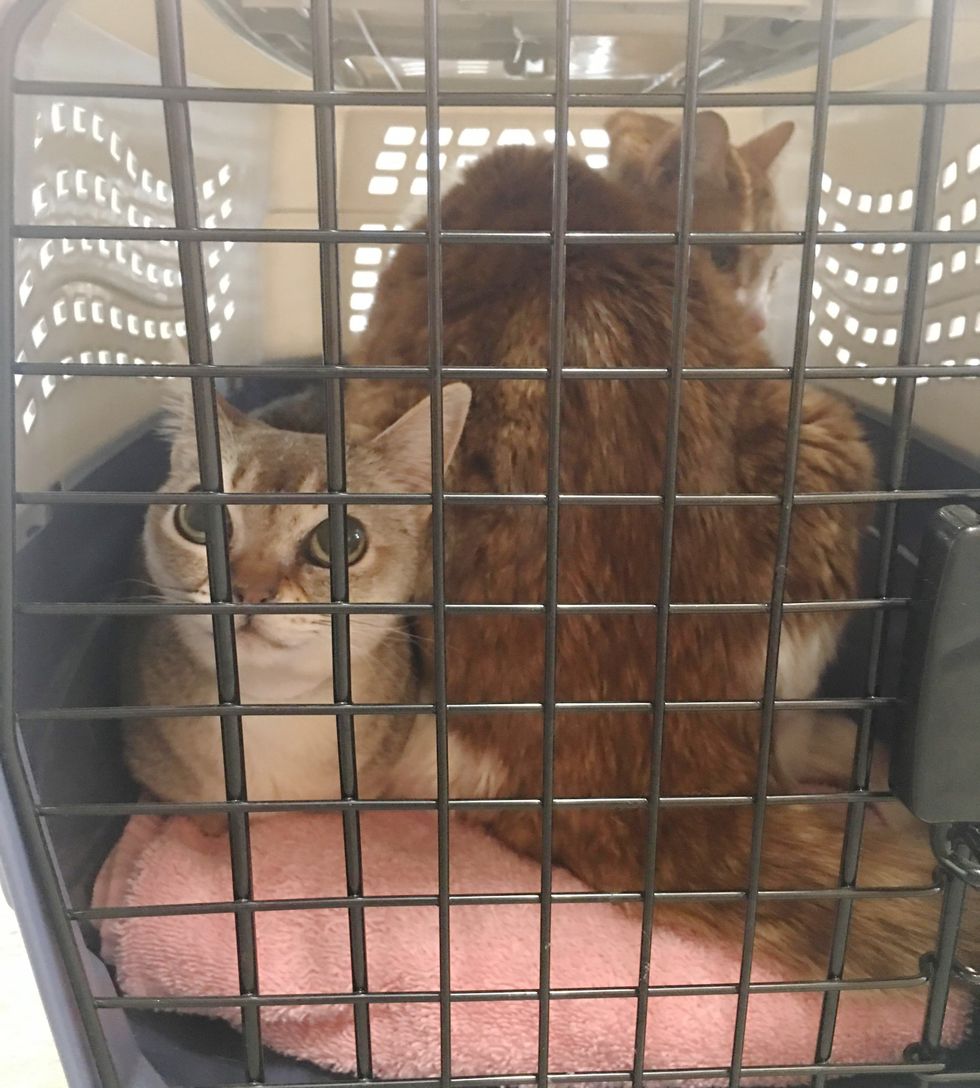 She pulled them both from the shelter so they could stay together as a bonded pair. "Sandy came to us with a grade three heart murmur. Danny is in early kidney disease and has arthritis in his knees."

Despite having no foster volunteers available, she couldn't leave them to an uncertain fate so brought them home with her. "They were both super scared at first and hid behind the toilet the first week together, cuddled up," Jacqueline told Love Meow. 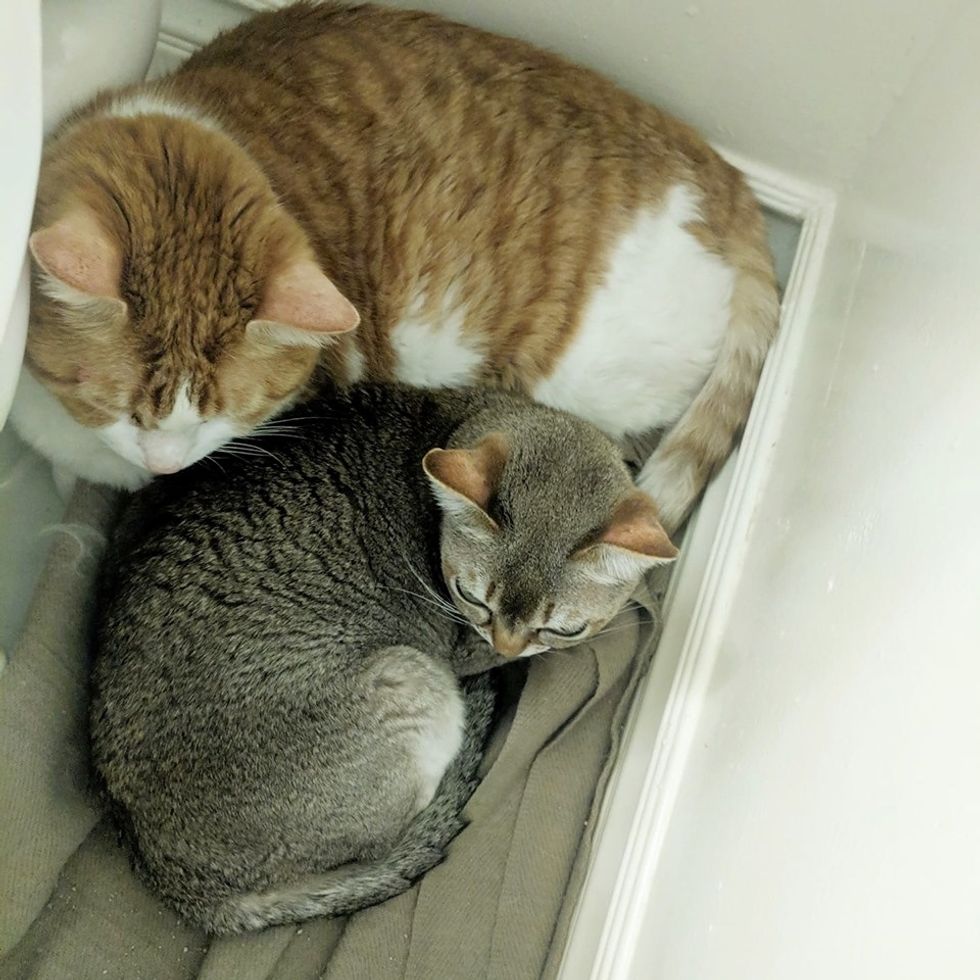 Danny, the braver of the two, gradually came out of his shell. He never left his buddy who was very shy and constantly clinging to him for comfort.

"They are attached at the hip. Danny is Sandy's protector and when I enter the room, he often stands over her and she burrows her head in him," she added. "They are always found cuddled up on a large cat bed together." 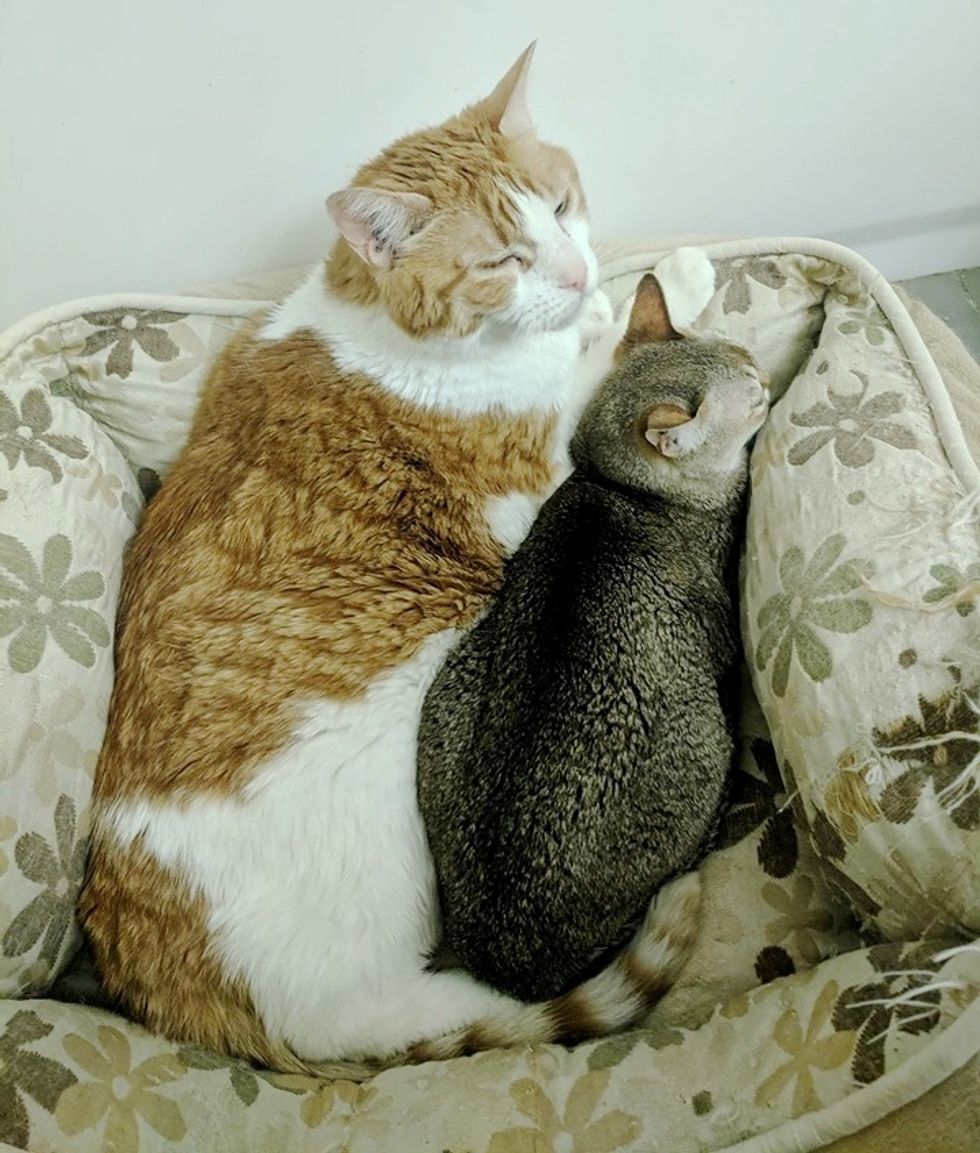 After they lost the home they had known all their lives, Danny became very protective of Sandy, keeping her close and wouldn't leave her side.

Over the next few weeks, the two best friends gained more confidence as they adjusted to the new environment. 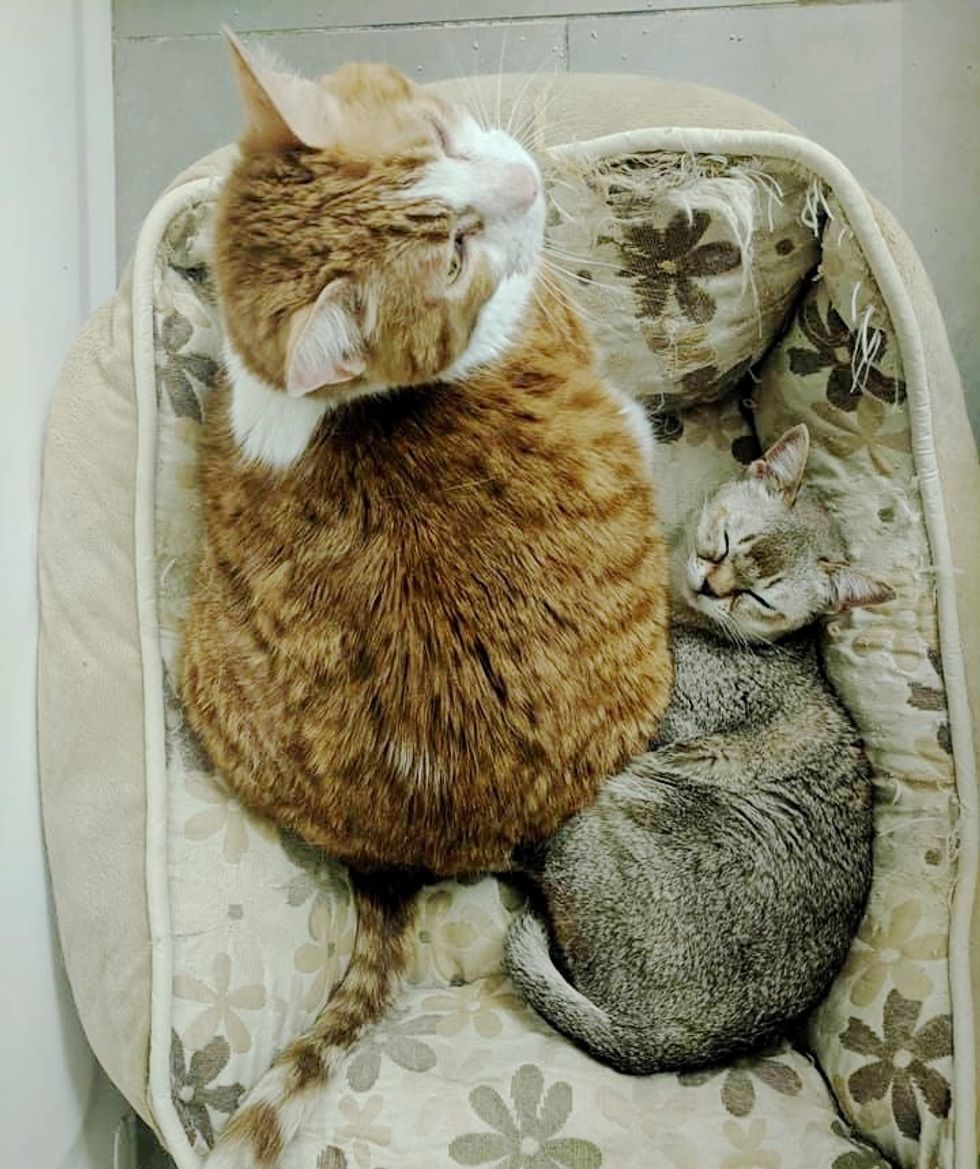 "Danny has turned into the sweetest love-bug. He loves to give kisses and will lick your hands every time you pet him," Jacqueline told Love Meow.

"He gives the biggest sweet purrs when you rub the area right above his nose." 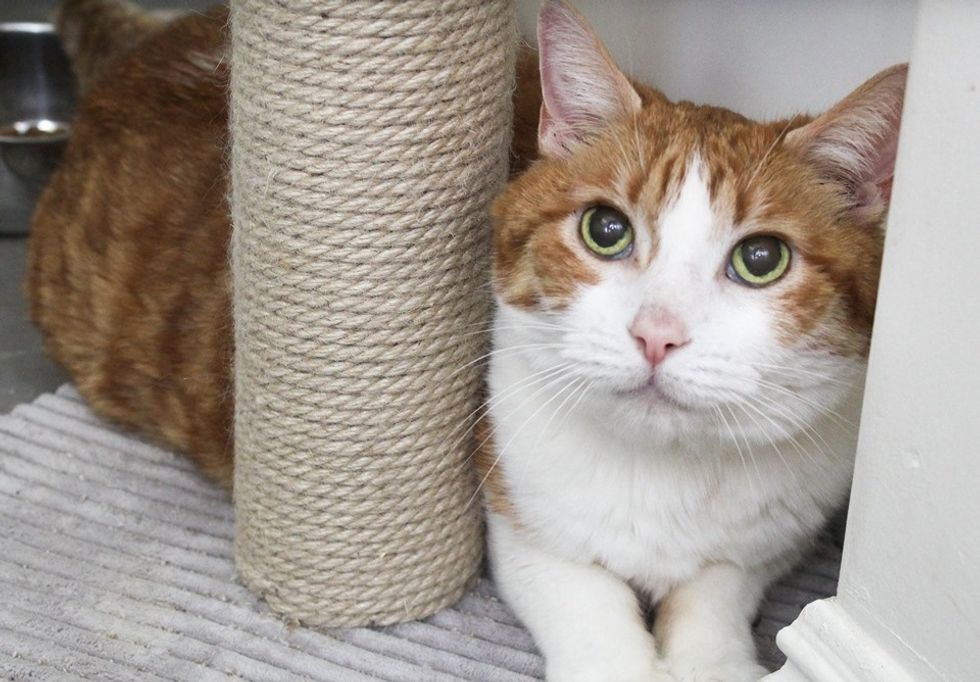 "Sandy is shy but sweet. She has a cute little meow. At only five pounds, she is the tiniest adult cat I've ever met to date."

The petite little girl has finally ventured out of her bed and even explored a bit as long as Danny is near. 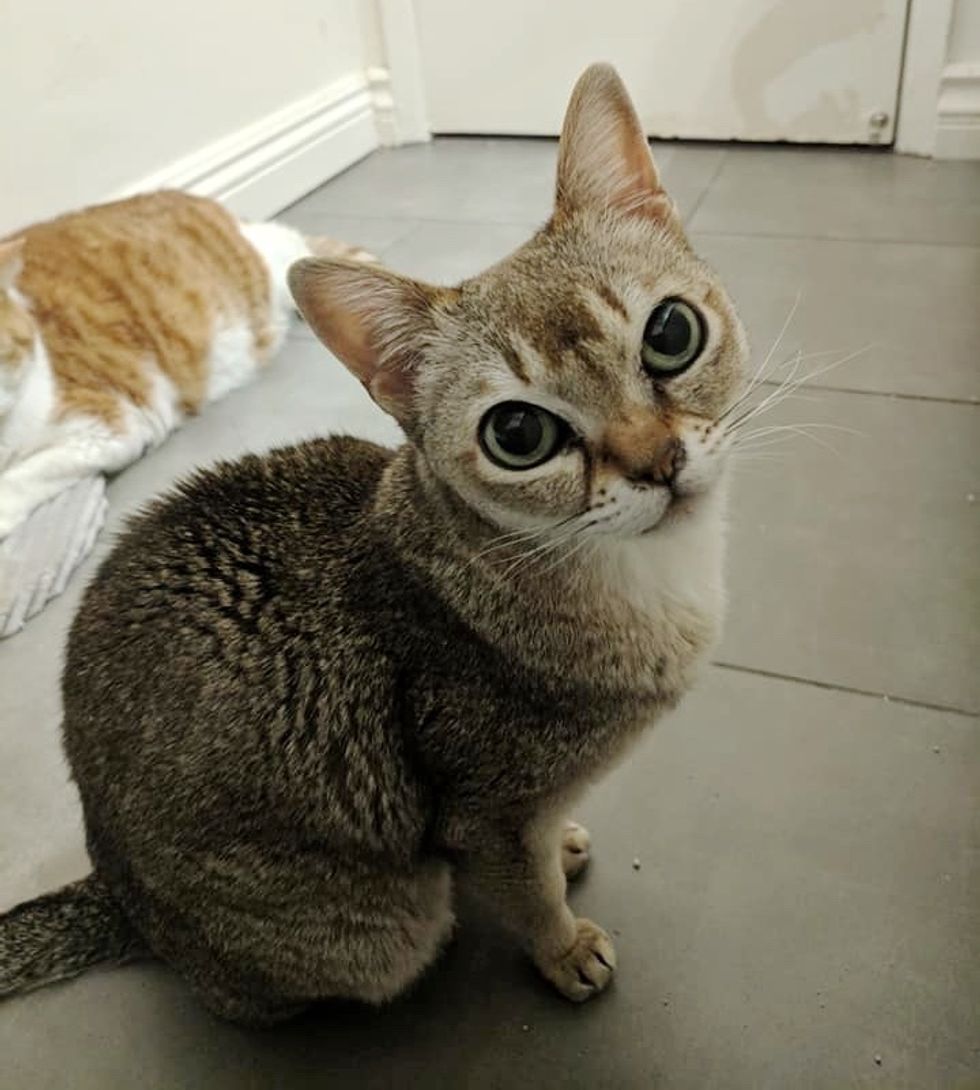 Both kitties are on a special diet and getting the proper care they need to thrive. The rescue is looking for a long term foster home (in Los Angeles) where there will be more space and a dedicated caretaker to cater to their every need.

Meanwhile, the two buddies continue to cuddle day and night, and Danny being the protector that he is, watches over his best friend. 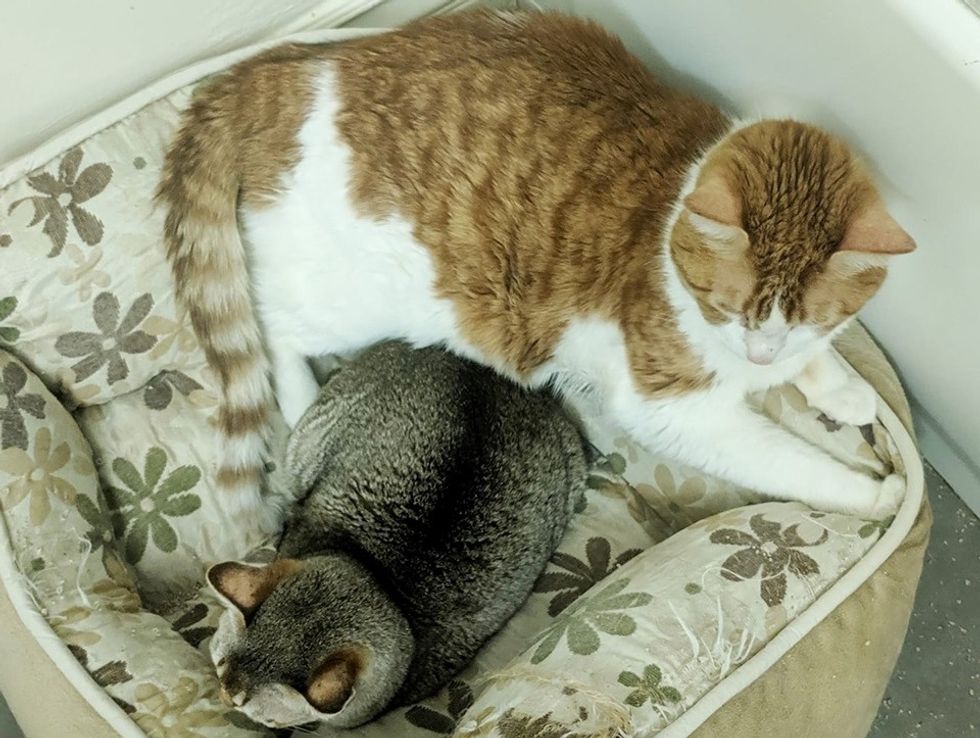 Related story: Kitten Shields His Brother Even After They Were Rescued from Wildfire