A stray cat was found cuddling with her newborn kittens on a cold, rainy day. She kept them safe until help arrived. 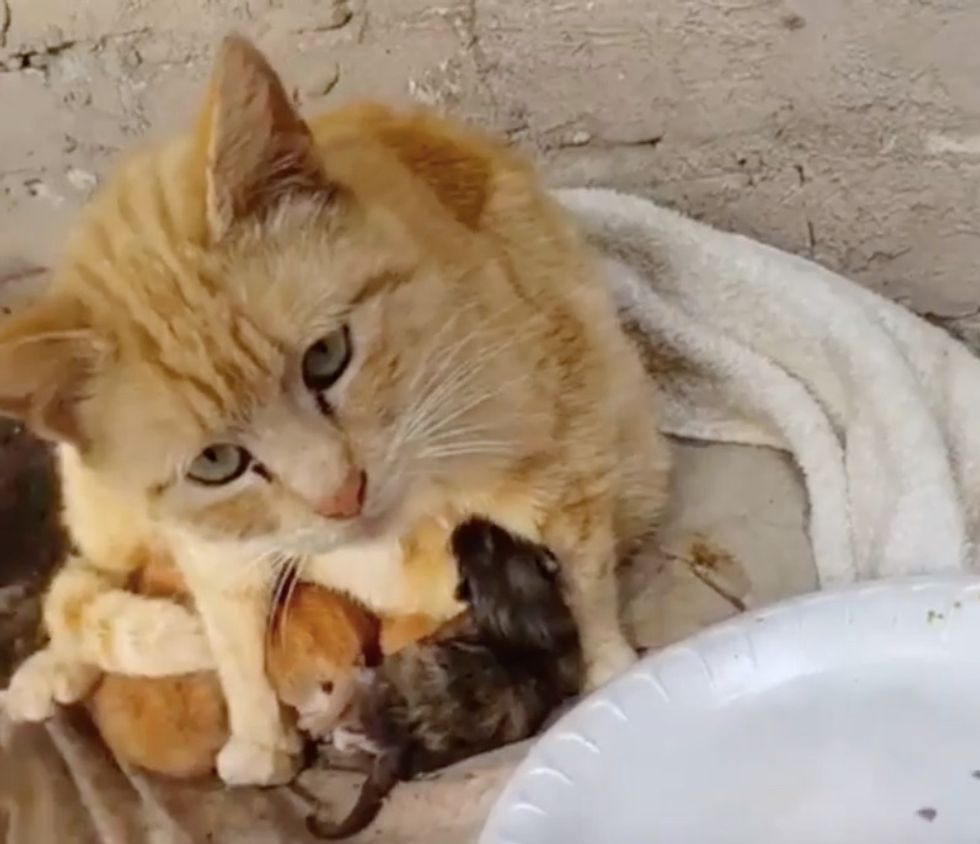 Athina Selena of Jersey Kitty Nonprofit (in New Jersey) received a message about a cat who had just given birth outside under the doorsteps. "The momma cat was protecting her babies. It was dreadful outside, cold and rainy," Athina told Love Meow.

She immediately sent out a plea via social media and started looking for a foster home that would be able to take in this little family. After getting a couple of offers from volunteers, they began their rescue mission.

"I went ahead and got out to the location to see what was going on. Momma was exactly where she had given birth. I put the babies inside the carrier and hoped she would go inside and stay with them, but she went in and started moving the babies back." 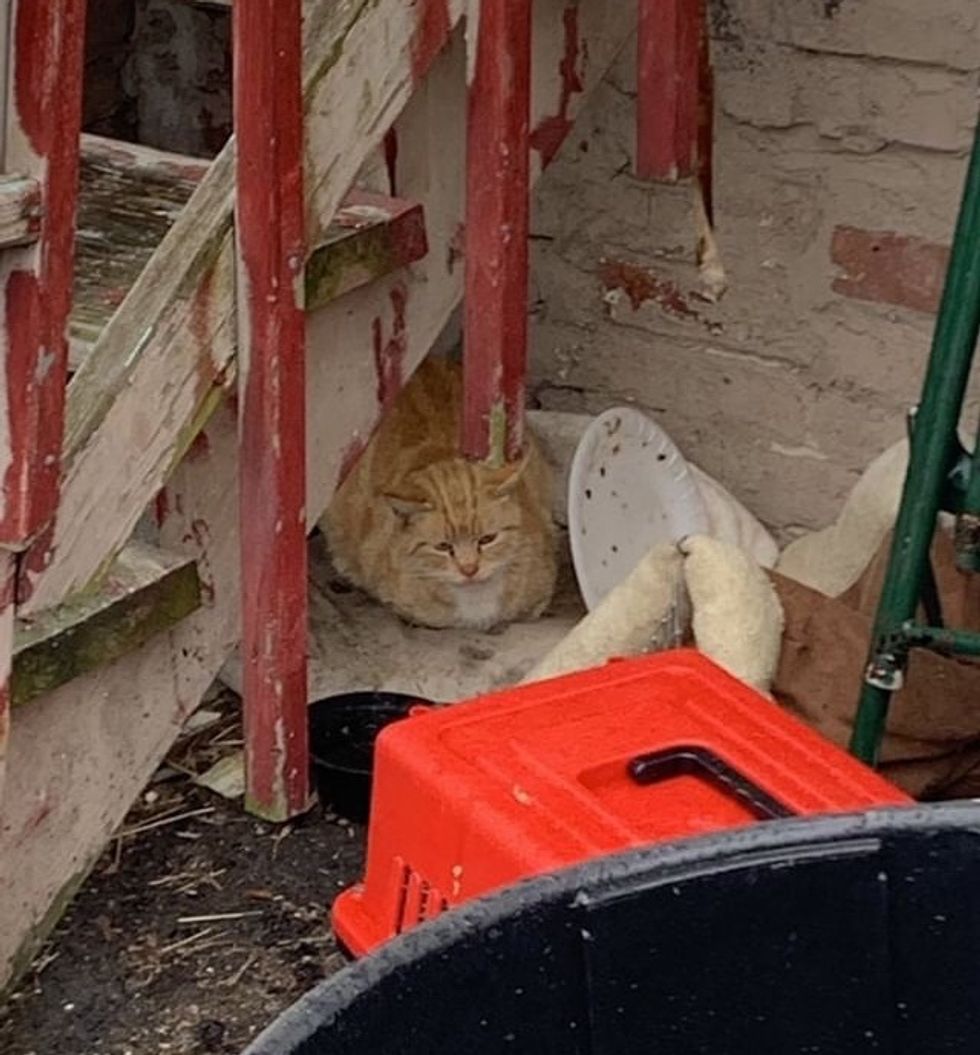 After a quick look-around the neighborhood, they noticed a colony of cats living in the area. They were mostly ginger, and the number would only multiply as kitten season had already begun. "There were so many cats, and they were actively mating."

Athina reached out to a local TNR (trap-neuter-return) rescuer, Morgan, to aid her in the process. 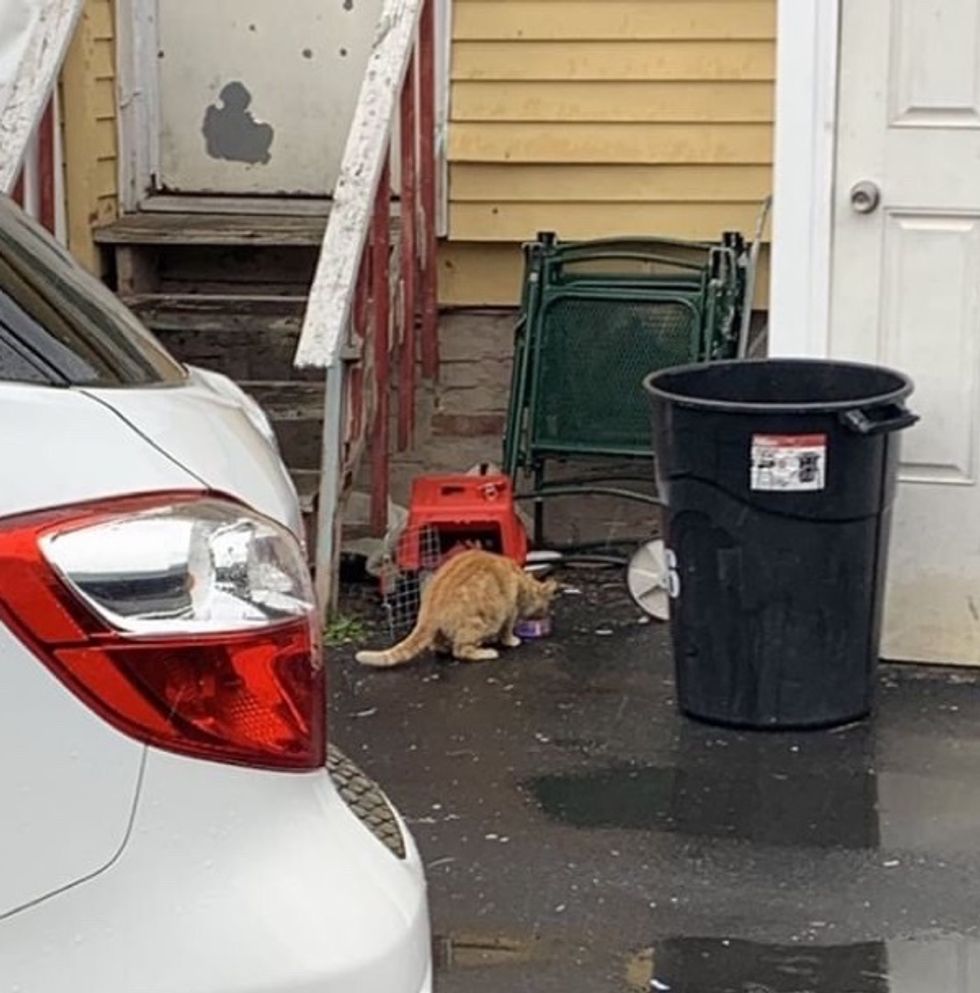 "When Morgan showed up (with a humane trap), we placed the babies in the carrier and put them behind the trap with a blanket over it. Momma cat always stayed nearby. She knew where the babies were," Athina said.

As she heard the kittens meowing, she slowly walked toward them and into the trap. "After three hours in the rain and cold, everyone was safe and sound." 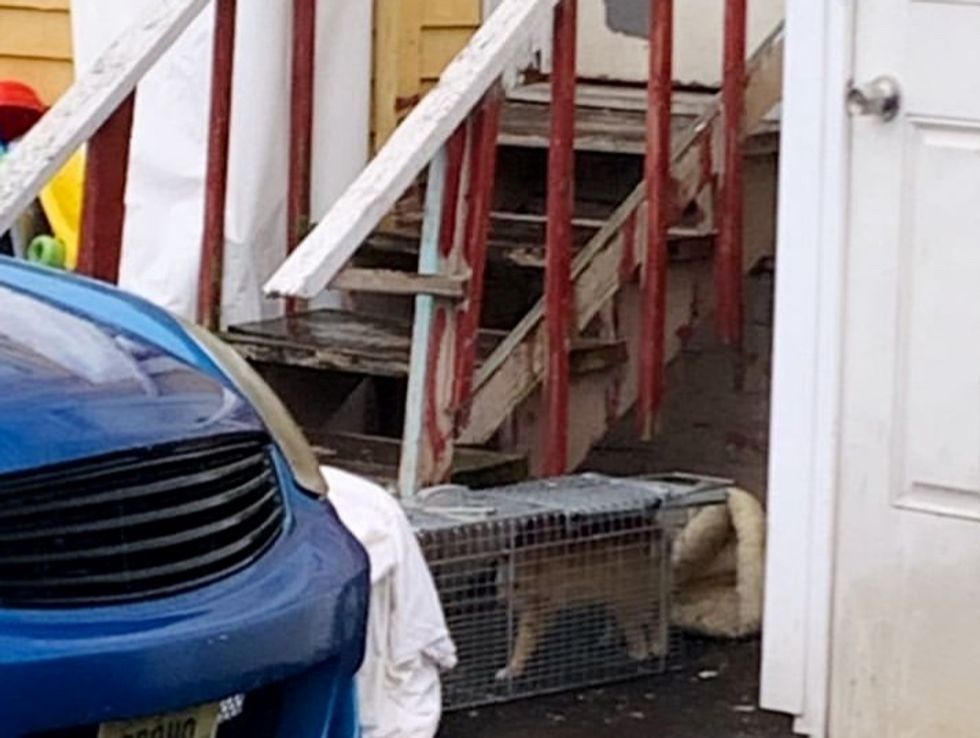 The rescue team breathed a sigh of relief knowing that this little family would not suffer another day on the street.

"Once we got home, I let her relax and left her alone with her babies. Momma appeared to be feral so I did not want to stress her out. I made sure she had enough food for the night before I headed to bed," Athina told Love Meow. 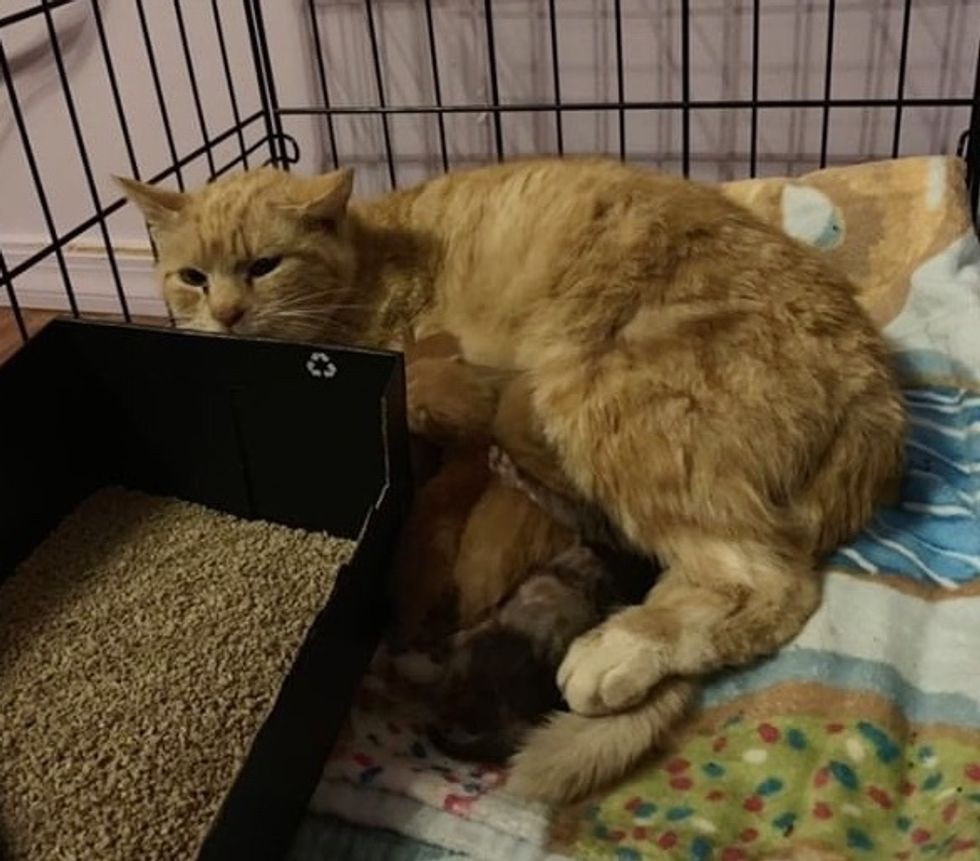 The next morning, as Athina went to check on the feline family, she was surprised by what she discovered — there was a fifth baby that hadn't been there the day before.

The cat mom was still in labor during the rescue, and had her last kitten in the comfort of a safe home. Some of these kittens might not have made it if they were left out in the rain. "Morgan and I will be heading back to spay and neuter the other cats to stop the cycle," Athina told Love Meow.

Now, all five of them are snuggling comfortably next to their doting mama in a warm bed. 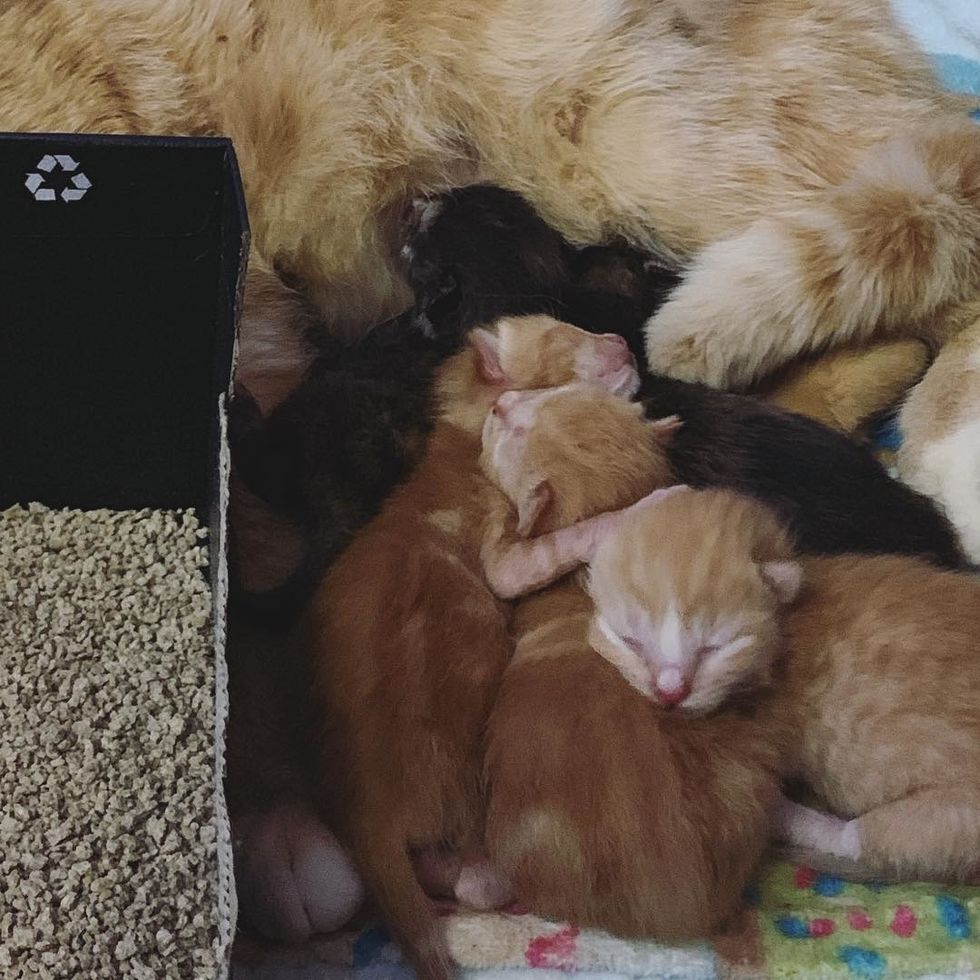 "They have been at a foster home for a few days, and the cat momma seems to be much more comfortable. The babies are thriving." 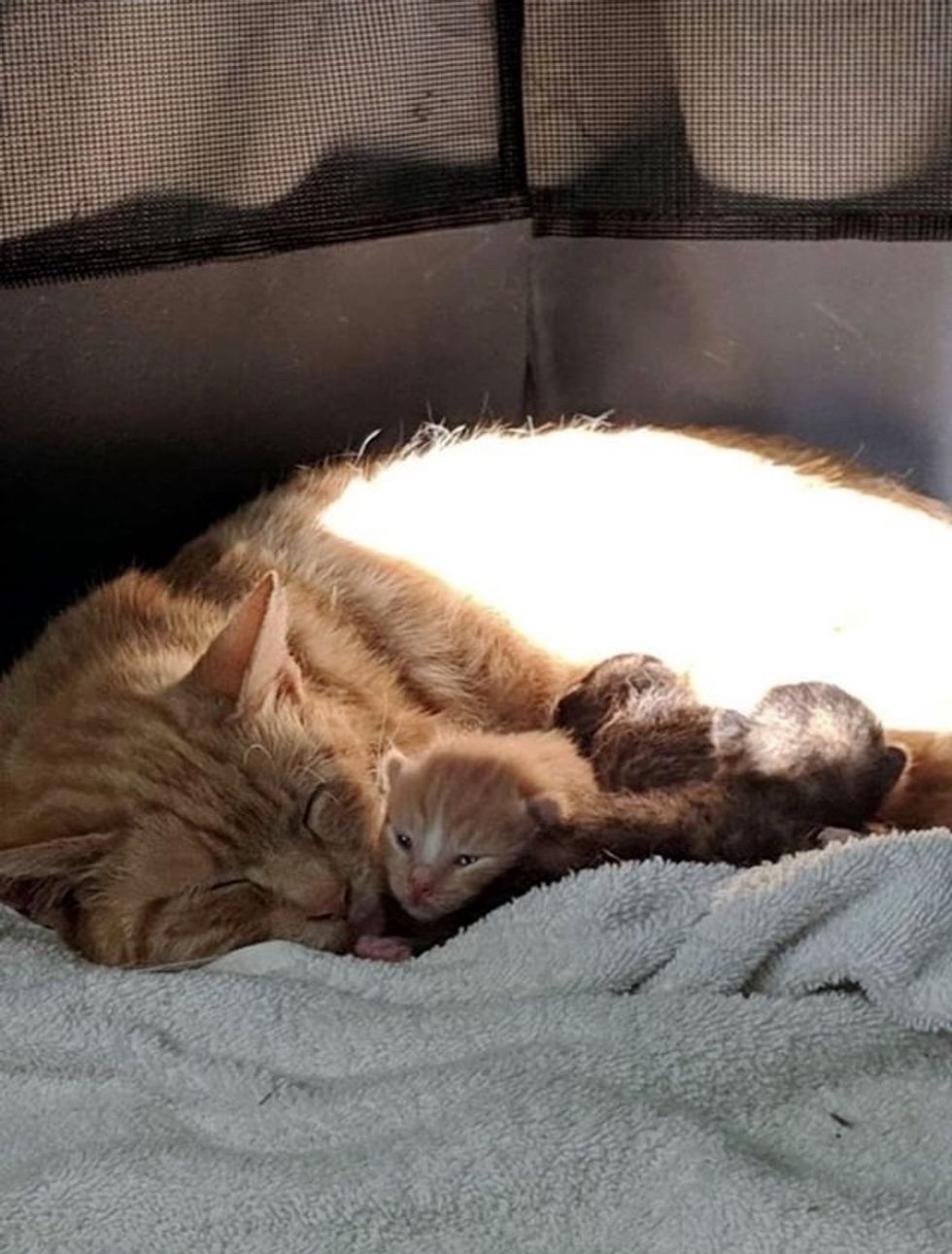 Related story: Stray Cat Walks into Family's Home to Have Kittens When She Knows They are Kind