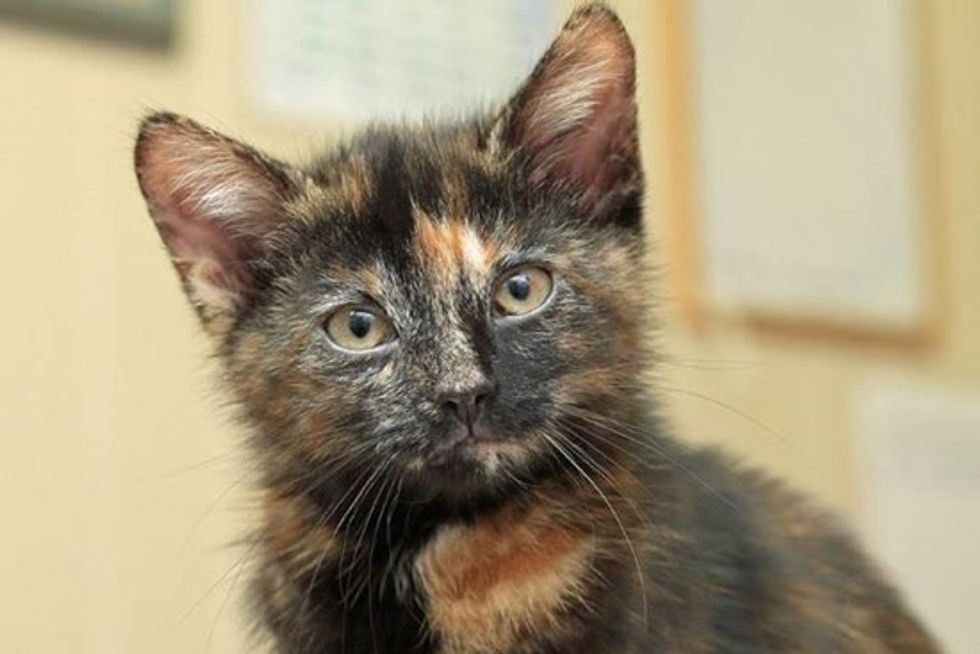 99.96% of Tortoiseshell Cats are Female and Harry is a Boy

Harry is a very special cat because 99.96% of tortoiseshell cats are female and Harry is a boy.

"It’s very rare to get a male," said Nicola Zelent of Lothian Cat Rescue in Bonnyrigg, Midlothian Scotland. "He's the first tortie boy we've had at LCR in our 35 year history, and he is the first of his kind which our vets have seen too!"

"Harry is 12 weeks old and came to us when his previous owners suffered an extreme allergic reaction to the wee one. He arrived with his brother Dennis (a black and white cutie) a few days ago and is settling in well. He displays all the tortie-tude you'd expect from one with his colouring.”

The vet who identified Harry’s gender never came across a male tortoiseshell prior to Harry in her more than 30 year career. "When I heard the cat called Harry, I said to the owners, 'I think that might have to be a Harriet.'

"I had to change my words when I discovered it was male. I’ve never seen one before and I’ve been a vet for more than 30 years."

"If it is male, they’re normally hermaphrodite. Harry shouldn’t be fertile, but there’s no way to know for another 12 weeks," said Zelent.

Harry will be neutered and rehomed when he is old enough.

"Male cats, like male humans, have only one X chromosome in their DNA, as opposed to females who have two. A cat’s colouring is inherited through the X chromosome, so it should be technically impossible for male cats to inherit the mix of hues necessary to produce a tortoiseshell coat.

But male tortoiseshells can be born through a genetic mutation that causes the cat to be born with two X chromosomes and one Y chromosome (XXY)." (Edinburgh News)

99.96% of tortoiseshell cats are female and Harry is a boy.

The 12-week-old kitten came into Lothian Cat Rescue after his owners ­discovered they were allergic to his fur.

"He's the first tortie boy we've had at LCR in our 35 year history, and he is the first of his kind which our vets have seen too!"