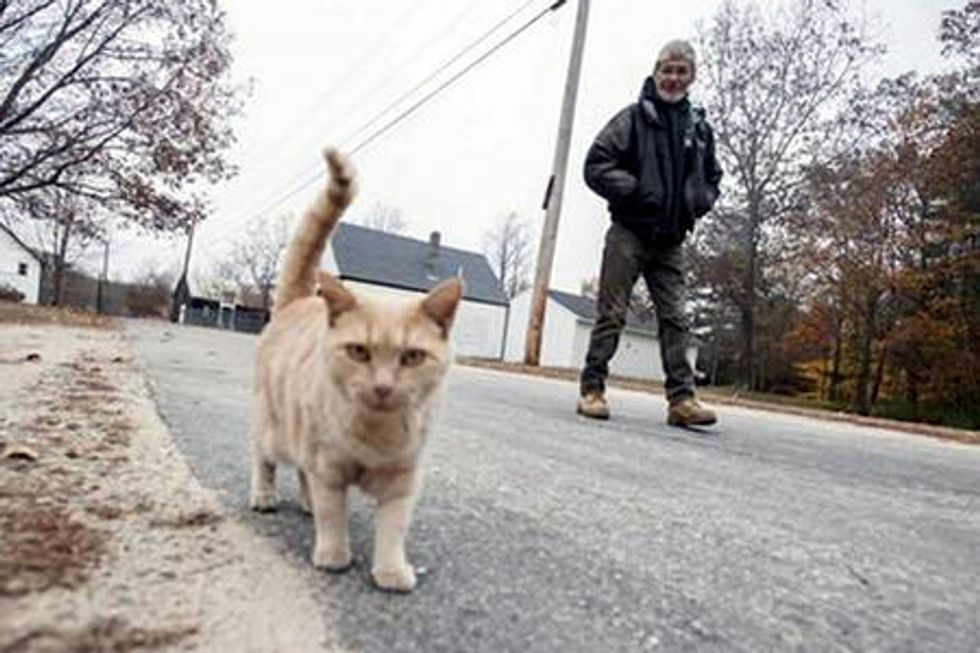 Cat Accompanies His Human To Work Every Day

A cat named Buddy has been accompanying his human to work almost every day. He loves his human unconditionally.

Every day around 7AM or 6AM in the summer, Buddy walks with his human across Canal Street from their house to work. His human Richard Libby is a maintenance guy at the Pine Grove Cemetery. Buddy's job is to lay around most of the time and greet the staff during breaks. Around 2:30PM, he walks home alongside his human Richard.

Buddy, now four years old, was a little stray who found Richard when he was just a kitten. "We didn't adopt him, he adopted us," said Richard via Fosters.

"He's been coming here as long as Richard has been working here," said Greg Chase, an employee of the Association.

Though Buddy's duty at the Association is mostly napping, he loves to supervise and keep everything in order. According to Richard, Buddy even attends and oversees each and every Association meeting.

"We all consider him our mascot," said Glenn.

Buddy the cat accompanies his human to work almost every day.

He found Richard when he was a tiny stray. "We didn't adopt him, he adopted us," said Richard.

They walk to work together. By the end of the day, Buddy accompanies him on a short walk home.

"We all consider him our mascot."