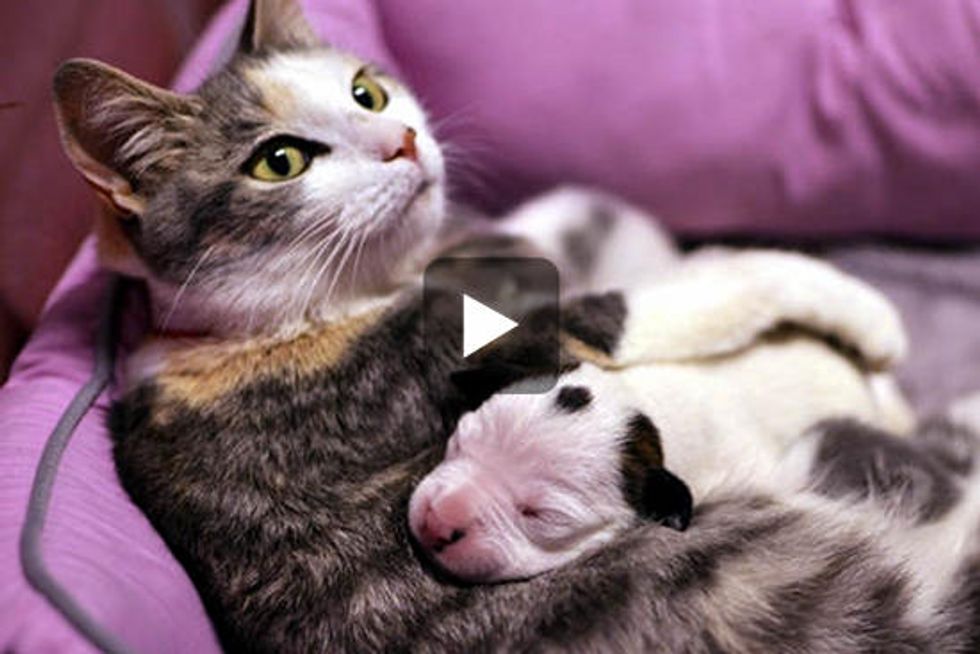 A cat mama took in an orphaned week-old pit bull puppy and started nursing him along with her four own kittens.

They decided to place the puppy in the care of a cat mother, Lurlene, hoping she and her litter would accept the little canine baby.

"Lurlene loves him. It's so adorable," Harvey said. The feline family welcomed Noland without hesitation. They spend about nine hours together every day, eating and sleeping like one big family.

The staff at the shelter also provide additional help to alleviate cat mama's workload and make sure Noland gets adequate care.

"…even our cats are part of our lifesaving work! We should all be so welcoming to living creatures in need…. Thank you, Lurlene and family," said Cleveland Animal Protective League via their Facebook page.