Chris the cat man responds to the guy who vengeance meowed in his cat's face. The reply is brilliant! 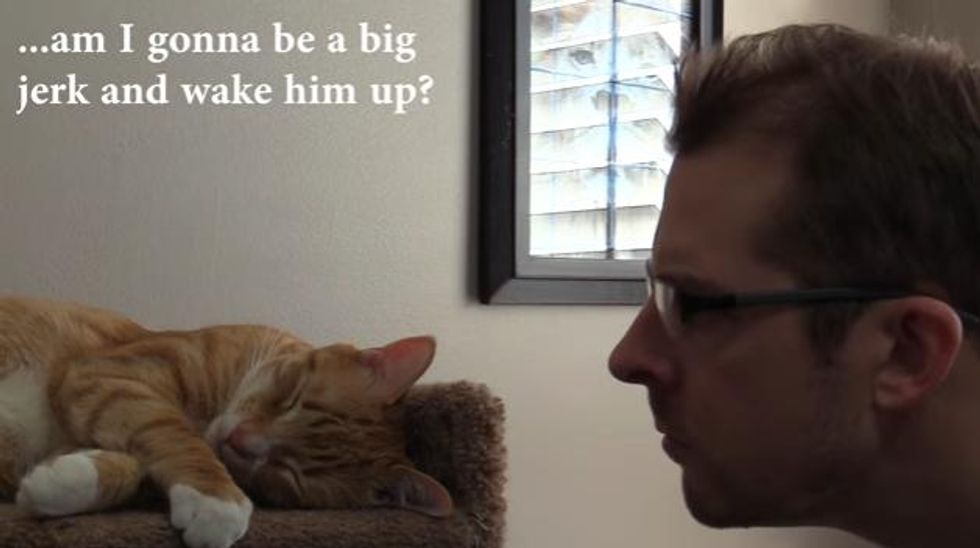 Last week a guy named Nicolas Tecosky shared a video of him getting revenge on his cat who wakes him up every day at 4AM.

He crept up on his sleeping cat and meowed loudly in his ears as revenge for his lost sleep. The poor ginger cat was startled by the man's actions. :(

Chris Poole, the cat dad of Cole and Marmalade, made his own version of "Vengeance Meow" in a reply to the original video.

Cat Man Chris also has a ginger cat of his own. 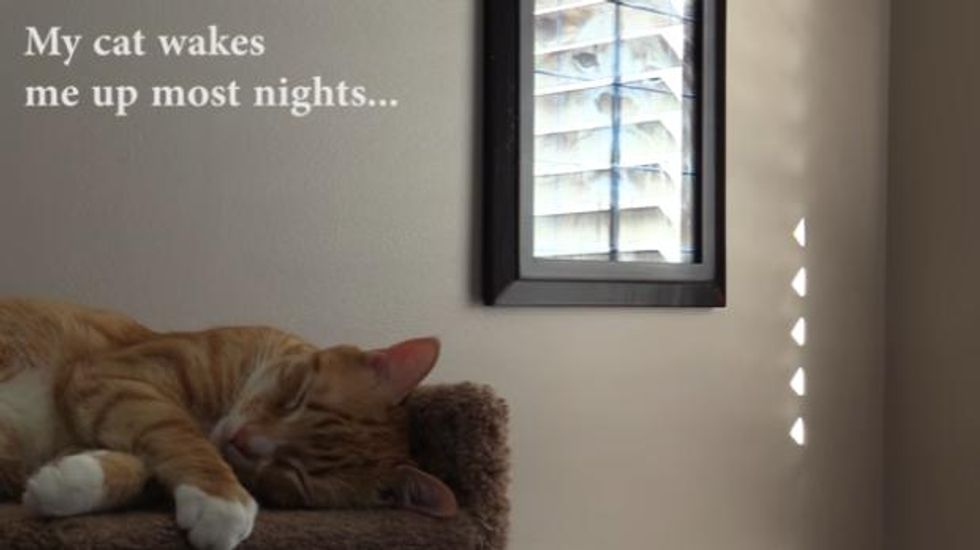 "My cat wakes me up most nights," Chris said. 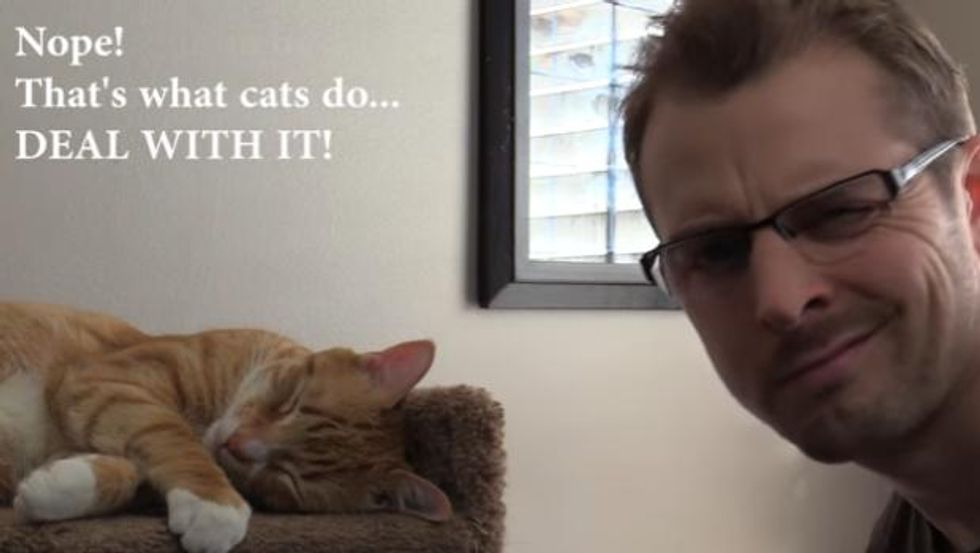 "Of course cats wake their hoomins up - it's in their Feline Overlord Union contracts. You're also right, we just need to DEAL with it," Milady Blue said in the comments.

A tip to get good sleep at night is to play with your cats to tire them out before bedtime. Cats sleep for 16 hours per day on average, so a bit of playtime before bedtime goes a long way.

Related story: These Men Show How Proud They Are To Be Cat Dads