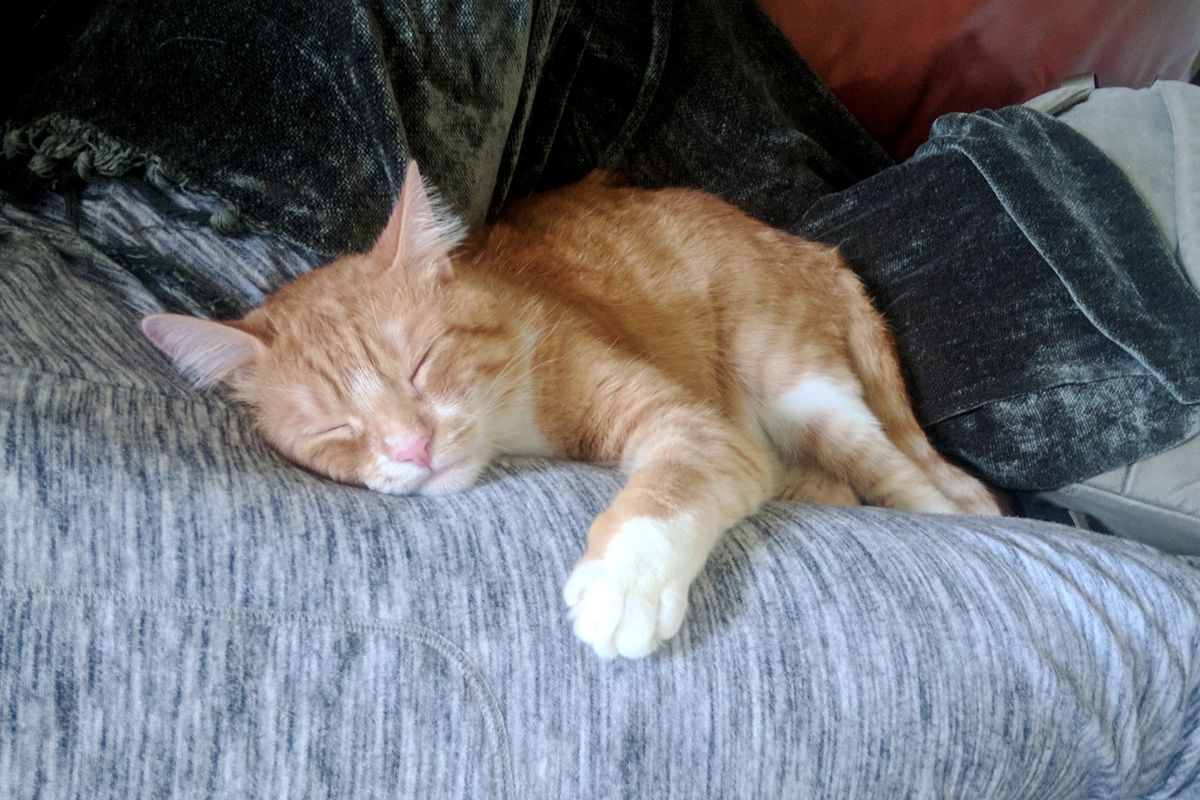 Cat Was Returned to Shelter Twice For Being a "Love Biter", Finds Someone He Adores, Hours After Adoption...

A ginger cat was returned to the shelter twice because he was "too affectionate." The kitty was confused why they kept bringing him back....

Percy the 3-year-old kitty loves people and sometimes likes to express his affection with a few love nibs. He is a big kitty with a lot of energy and gets excited when he plays.


When Caroline heard about Percy's story, she wanted to meet the ginger boy. "I work at the animal shelter that Percy was returned to twice and fell in love with him there for his spunky little personality," Caroline told Love Meow.

"Cats and dogs are unique in their own ways and have their own personalities which I think many people forget a lot of the time when they go to take a pet home…. When a cat shows you their belly, they aren't always asking for belly rubs. It is a sign of trust and comfort."

After being returned twice, the sweet ginger boy continued to offer snuggles to everyone at the shelter, hoping someone would appreciate his affection and energy.

"Teaching your cat bite inhibition is actually super simple if anyone took time to do it," Caroline told Love Meow.

Caroline fell in love with the big kitty for his cattitude. She made a decision so that Percy would never be returned to the shelter ever again. That day, she took him out of the facility and into her loving home.

"I have red hair and so when I adopted him a coworker joked that of course the two sassy gingers go home together. He's doing wonderfully," Caroline told Love Meow.

Soon after Percy moved into his new home, he cuddled with his human mom and fell asleep in her lap.

All he wanted was someone to love, and now he's found his forever human. :)

The affectionate ginger boy met Chowder, his brother from another mother, and the two instantly bonded.

Percy the lovebug keeps his buddy company at all times.

"I come home sometimes and they are cuddling on the couch together. They will both come join me in my bed when I go to take a nap," Caroline told Love Meow.

They have become inseparable friends.

Percy has found someone who loves him no matter what, and now he's giving back to those in need.

"I am also fostering three bottle baby kittens right now and Percy loves them. He will even groom them which makes me explode from cute."


Related story: Cat Breaks Out of Shelter to Return to His Rescuer who Cared for Him