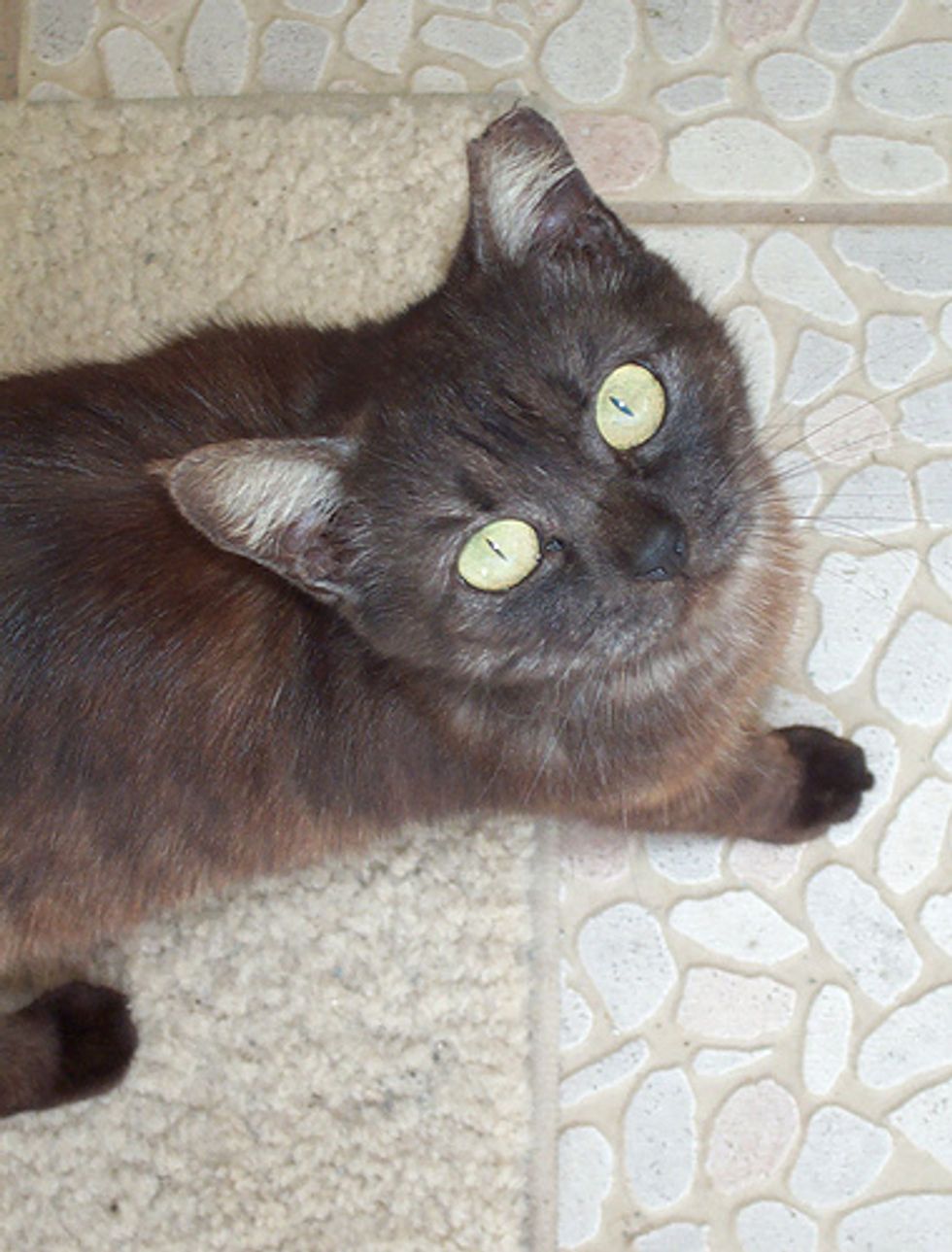 Cats can reproduce at an incredibly high rate. A cat can have up to 5 litters a year. They can have six or more kittens each time. That's approximately 30 kittens or more a year from one mature female cat.

That explains why the Trap-Neuter-Return program can really help put the feral cat population under control. However, how can we tell which cats have been taken in for fixing at a distance?

Often many rescuers do not know that a cat has been fixed until after he is sedated and shaved. Cats do not deal with stress well. Some cats can even develop respiratory illness under duress. So if a fixed cat carries an identification that can help people distinguish him from afar, the rescuers will make sure that he will not be re-trapped.

Many rescue centers recommend that all feral cats while under general anesthetic for spaying or neutering, have the tip of their left ear removed. This is called ear tipping which is NOT equivalent to ear cropping for cosmetic reason for dogs. It is a universally accepted practice for identifying sterilized feral cats.

However, the procedure should be done with care by a trained professional. A feral cat that is ear-tipped shows that the cat comes from a managed colony and will not be re-captured for spaying or neutering.

Initially there was enormous opposition to ear tipping because it somehow fell under the same category as cat delawing, dog ear cropping or tail docking. The alternative methods at the time were ear tags, ear tattoos, collars, etc. Over time rescuers realized that ear tags tend to fall off. Sometimes they even ripped open the ears. Tattoos are too hard to read. The rescuers or animal control would have to capture the cat in order to see the tattoo. Collars did not work well with feral cats and there were many incidents where cats got choked by the collars. Many other methods also failed.

"Eartipping has been used around the world on thousands of feral cats for 4 decades" said Alley Cat Rescue.