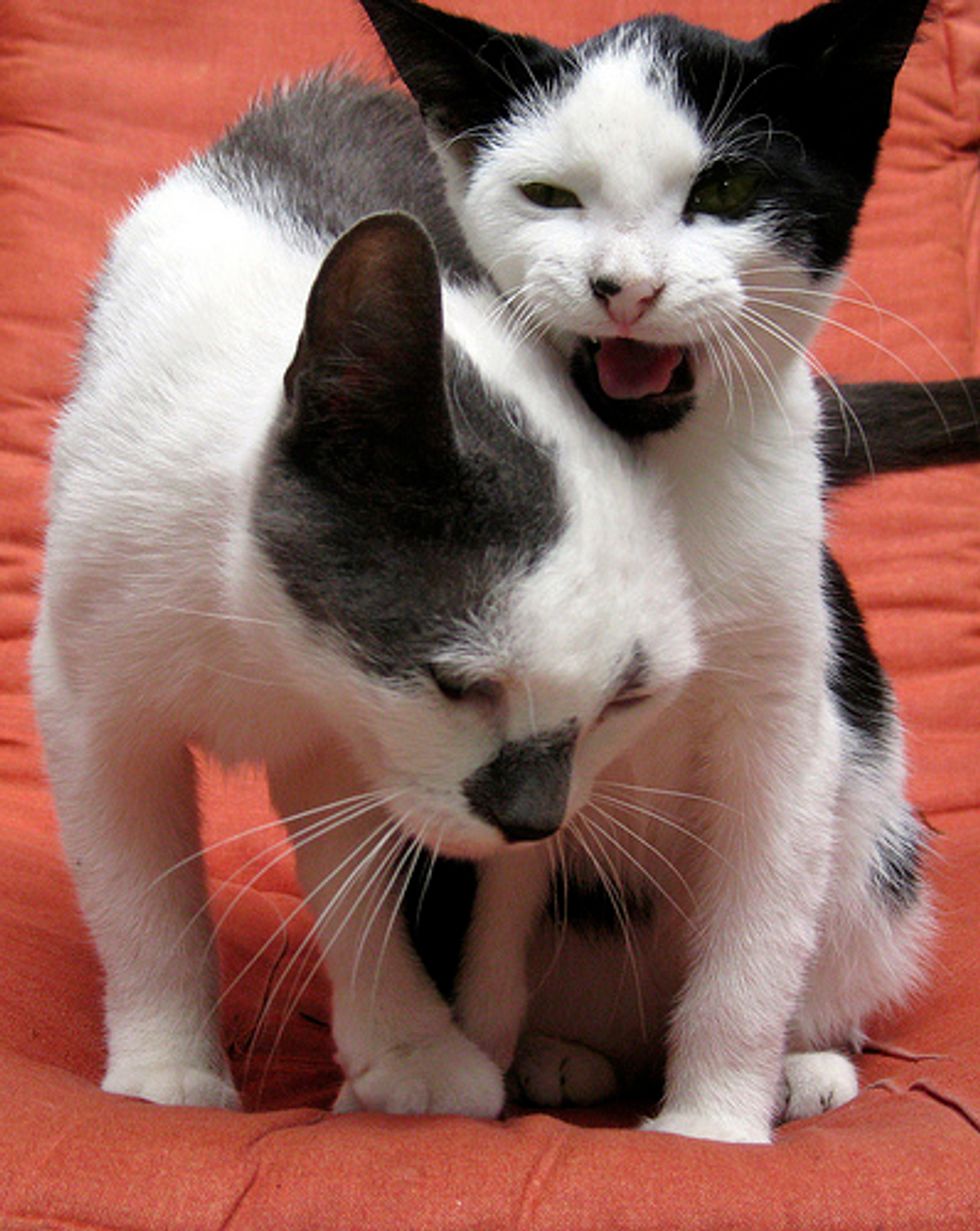 How Kittens Learn to Hunt

Cats have been famous for hunting mice and rats for as long as cats and people have been together. As strange as it may seem to some people, cats are not born knowing how to hunt. It is a skill they learn from watching their mothers. If the mother cat is a good hunter, then her kittens will learn to be good hunters. Interestingly, kittens seem to learn the best from their mothers. They do not seem to learn as well or as quickly from watching other adult cats.

At about five or six weeks of age, a mother cat will begin teaching her kittens how to hunt. At first she brings dead mice to the kittens. She will eat some of the mice in front of the kittens. In this way she is showing them that mice are their prey and that they are good to eat. As time goes on the kittens begin to play with the dead mice their mother brings them. Before long the kittens are flinging the dead mice around and pouncing on them.

After awhile, the mother starts bringing mice that are still half alive and releases them for the kittens to practice. Very soon the kittens are leaping on and flinging these mice around as confidently as they did the previous dead ones their mother brought them. Then, mother start bringing live, healthy mice and releases them for the kittens to practice on. The first time the mother cat releases a live mouse, and it tries to run off, there's immediate bedlam among the kittens. Wildly excited, the kittens flying around trying to leap onto the running mouse zigging and zagging between them. If the mouse escapes the kittens, the mother will usually swat it back into play. By this time the kittens are so over excited they're leaping at anything that moves. The mouse, a blade of grass, a blowing leaf or even each other, are all fair game to the kittens. Not surprisingly, the mouse often escapes during these early lessons.

As the lessons progress the kittens become more discriminating in their targets and develop their skills in catching the quick and agile mice. These lessons don't always go smoothly. One kitten got the surprise of her life when a large mouse she was chasing suddenly sat up in front of her and began scolding her at the top of its' lungs. The mouse was apparently so fed up with the whole business that it actually jumped at the kitten. The startled kitten fell over backward and the mouse raced off to safety. Live and learn.

Eventually, the mother cat will decide that the kittens are ready for their first real hunt. She will take them out to a good location that she knows will have plenty of mice for the kittens to practice on. She does not demonstrate her hunting technique to the kittens. Instead, lets them develop their own unique styles on these hunting forays. Each kitten discovers the techniques that work best for them. By the end of their lessons the kittens have become fine mousers in their own right.

How Kittens Learn to Hunt courtesy of Cat Articles