Rescued Kitten Born in Insulation, Loves Food so Much She “Swims” in It

Maisey the kitten was born in insulation and needed immediate rescue. She was the tiniest thing but a mighty little fighter. 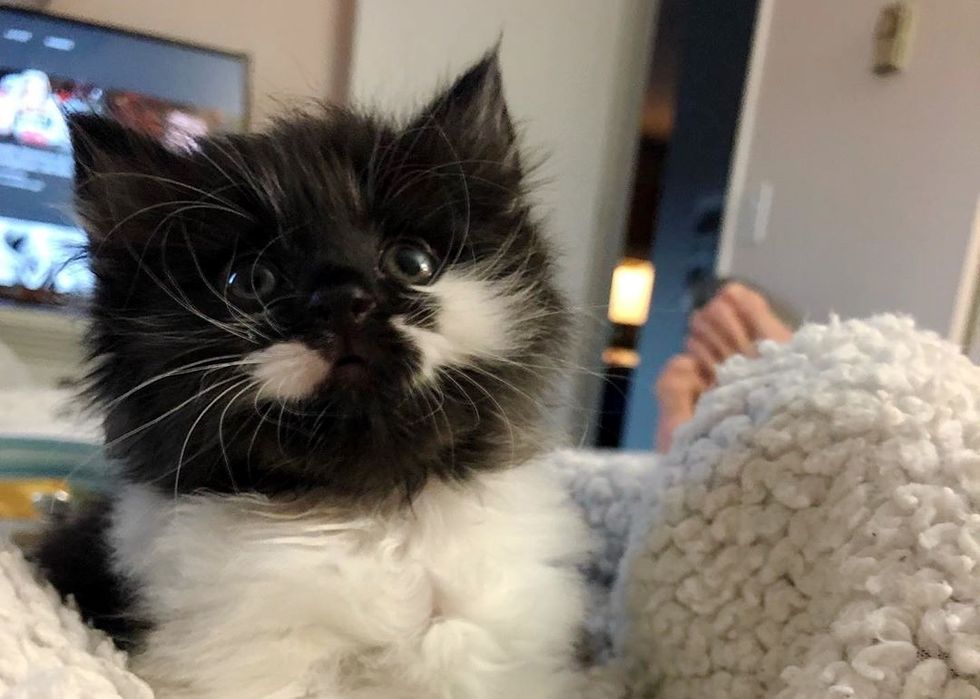 In late-April, Critteraid Animal Sanctuary in British Columbia, Canada was contacted about some kittens trapped inside insulation in an outbuilding at a farm. Melissa, a volunteer of the rescue, immediately rushed to the location.

She managed to rip into the tough outer plastic and dig through the insulation to retrieve the kitties. Two of the three kittens survived the ordeal, but their cat mom was nowhere to be found. 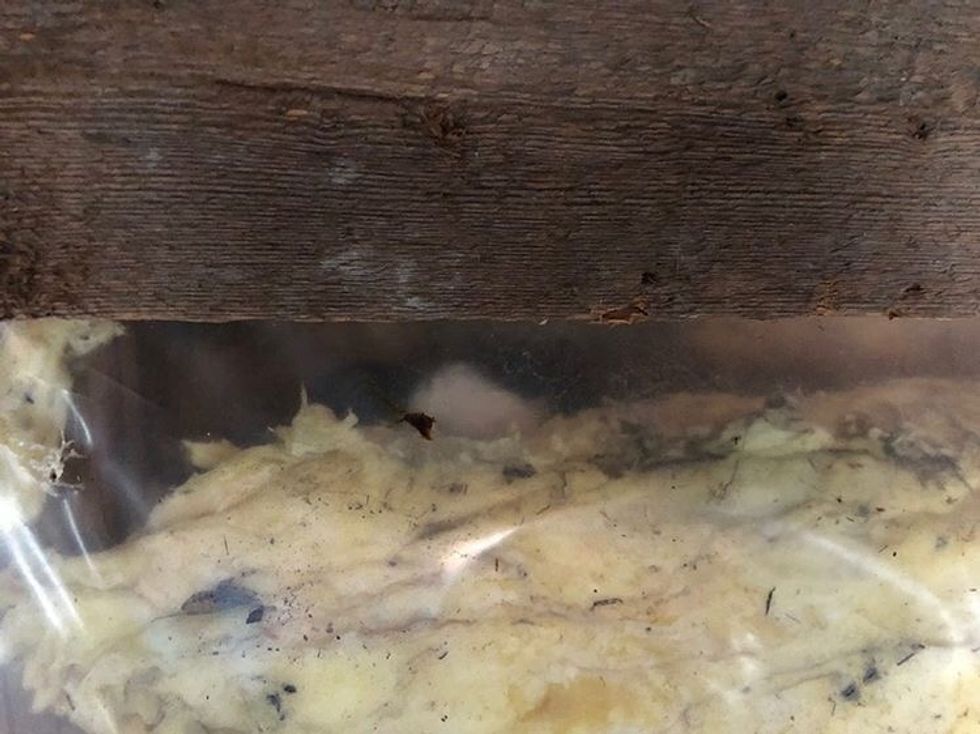 Despite her very best efforts to save them, the little brother passed away from pneumonia, and Maisey became the sole survivor. She refused to give up, fighting to live with all her might.

Maisey was eager to eat and never wasted a drop of food. Her incredible resolve brought hope to her foster parents despite everything stacked up against her. 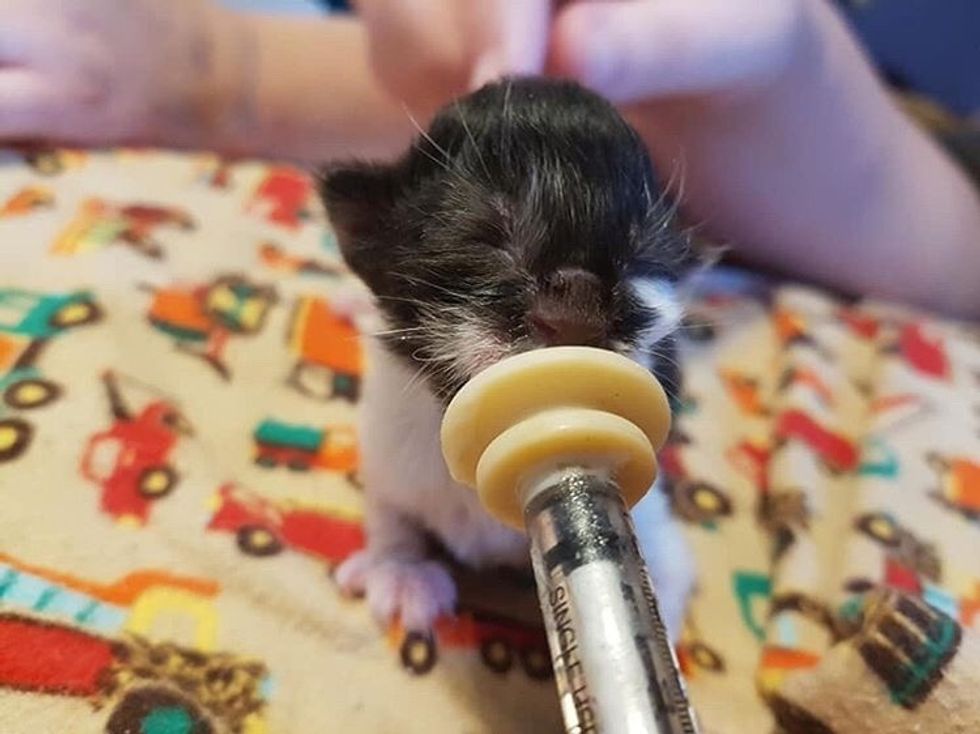 Over the next few weeks, she soldiered on and continued to eat as if she had been starved. "She has a strong appetite and a fierce fighting spirit," Danica said.

Little Maisey loves food and her bottles. She has a collection of them. 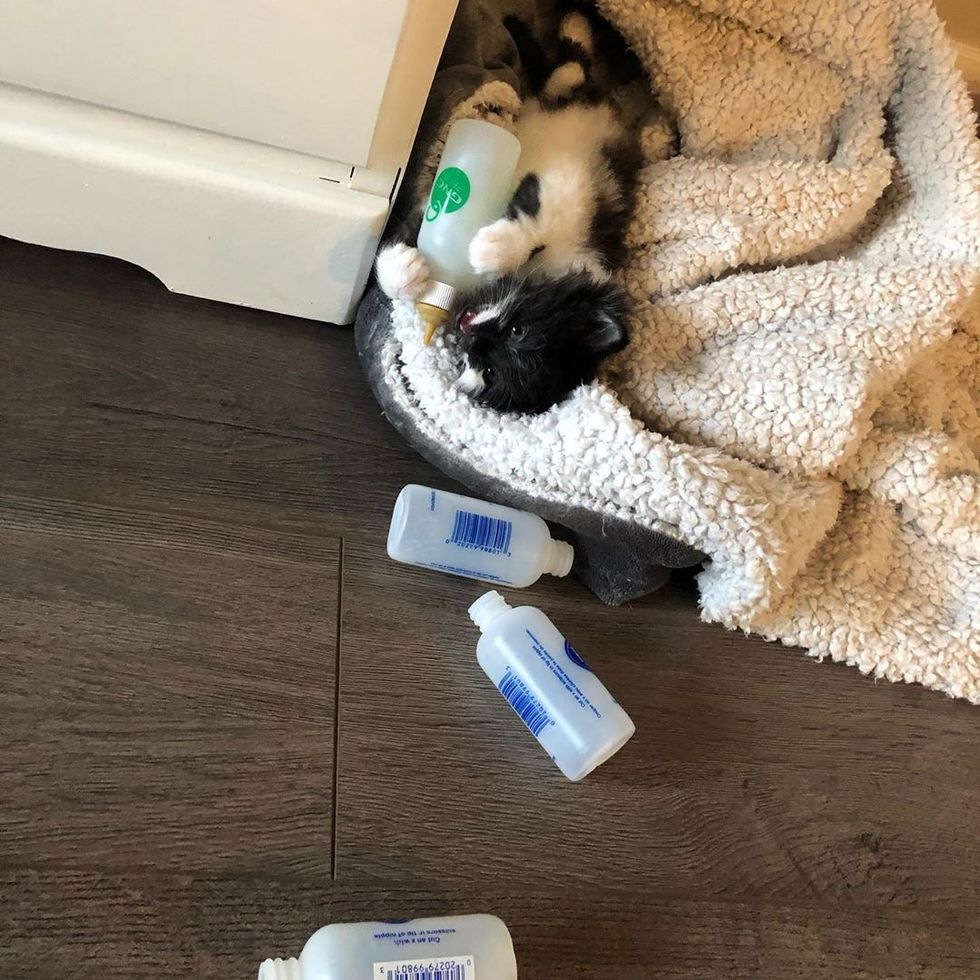 When Maisey reached five weeks old, she began to learn to eat on her own. The little tuxedo was given wet food for the first time, and she dove in face first and scarfed it right down. 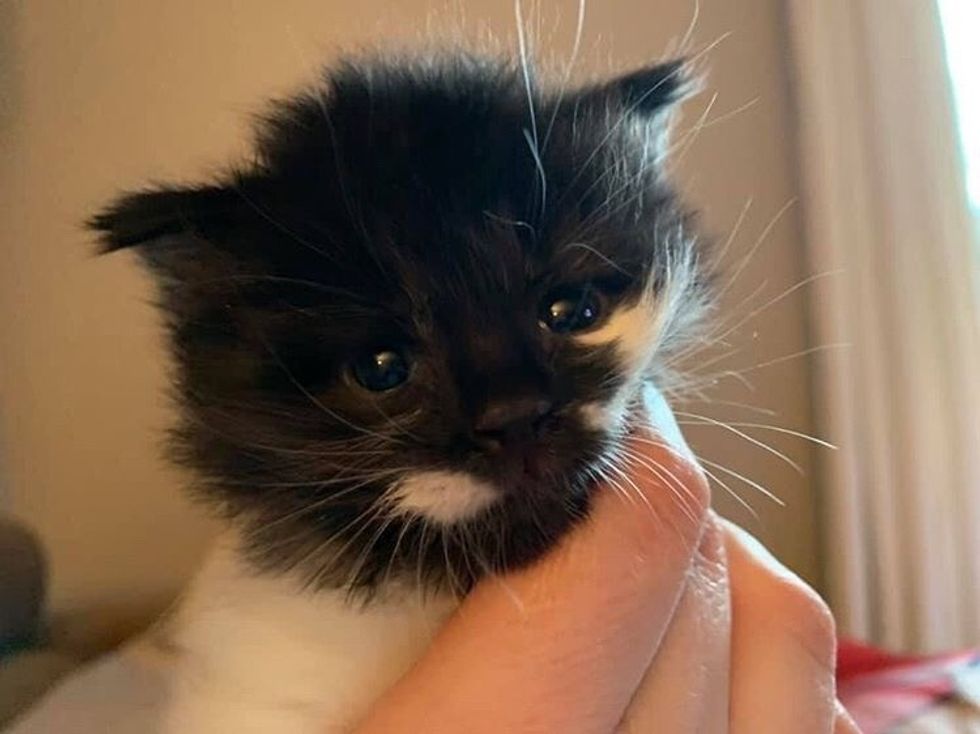 Maisey insists on "swimming" in her food when she eats. She loves it so much that she doesn't mind getting a bit messy.

"She enjoys belly flopping head first into her plate of food and working her toes between the mushy cat food wetness," Danica told Love Meow. 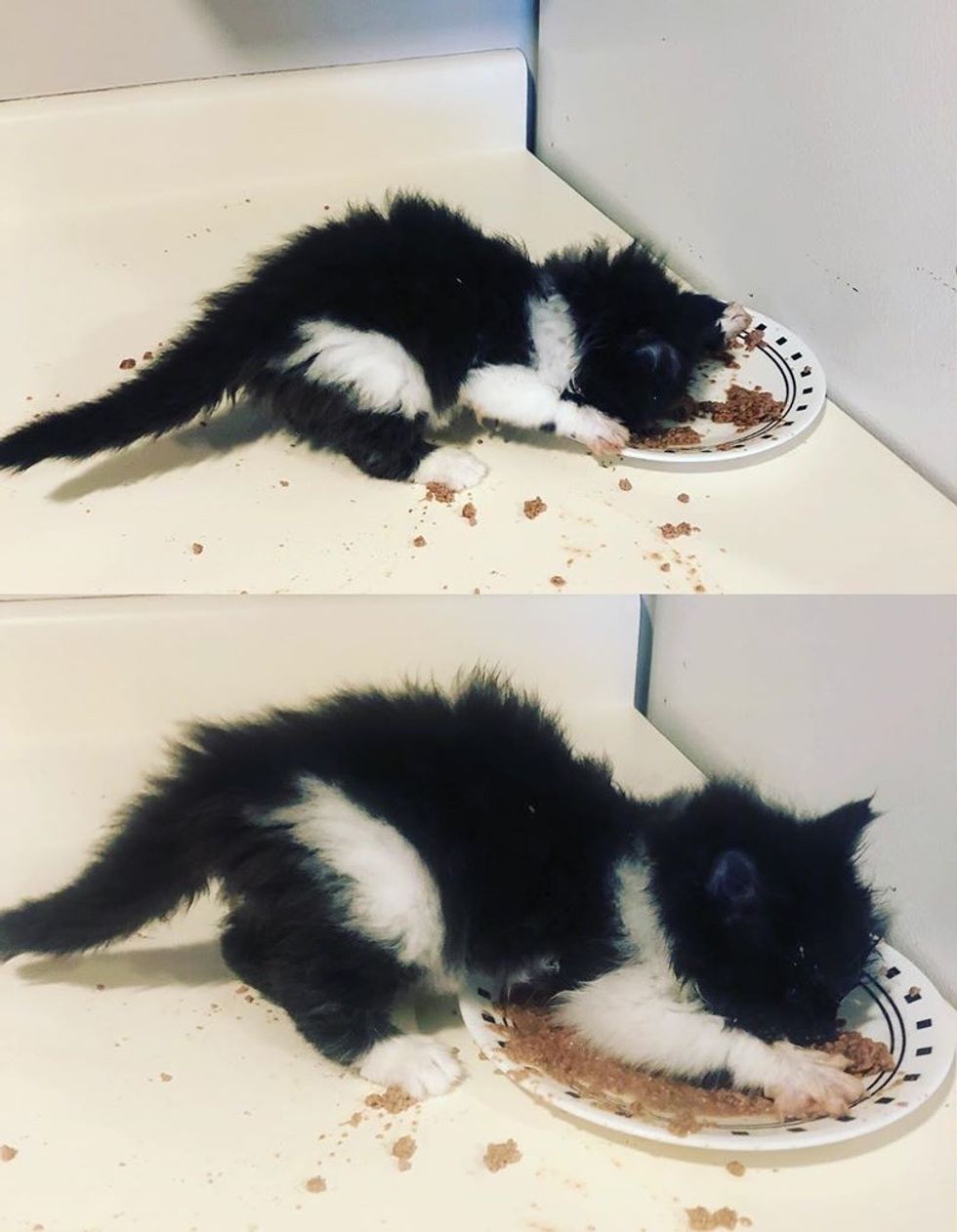 "I have tried many different cat dishes and containers to keep the mess at bay, but she's most content when I let her just swim in it, so as long as she's happy, we are happy."

Watch Maisey in this cute video:

Kitten loves her food so much she "swims" in it youtu.be

The kitten has earned the name of Miss Messy Maisey.

Knowing she could benefit from having a feline friend, they paired her up with a few other older foster kitties, who took her right under their wing. 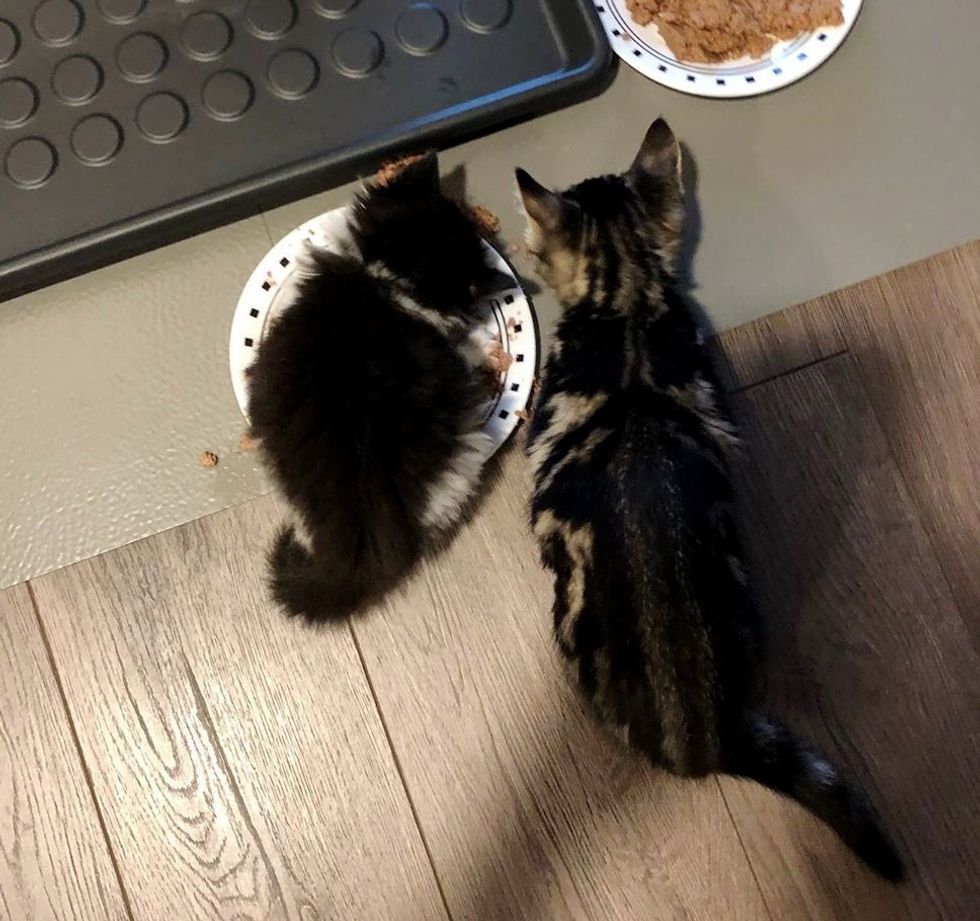 Maisey may need a lot of cleaning after every meal, but she's as happy as can be with a full belly and a contented heart. 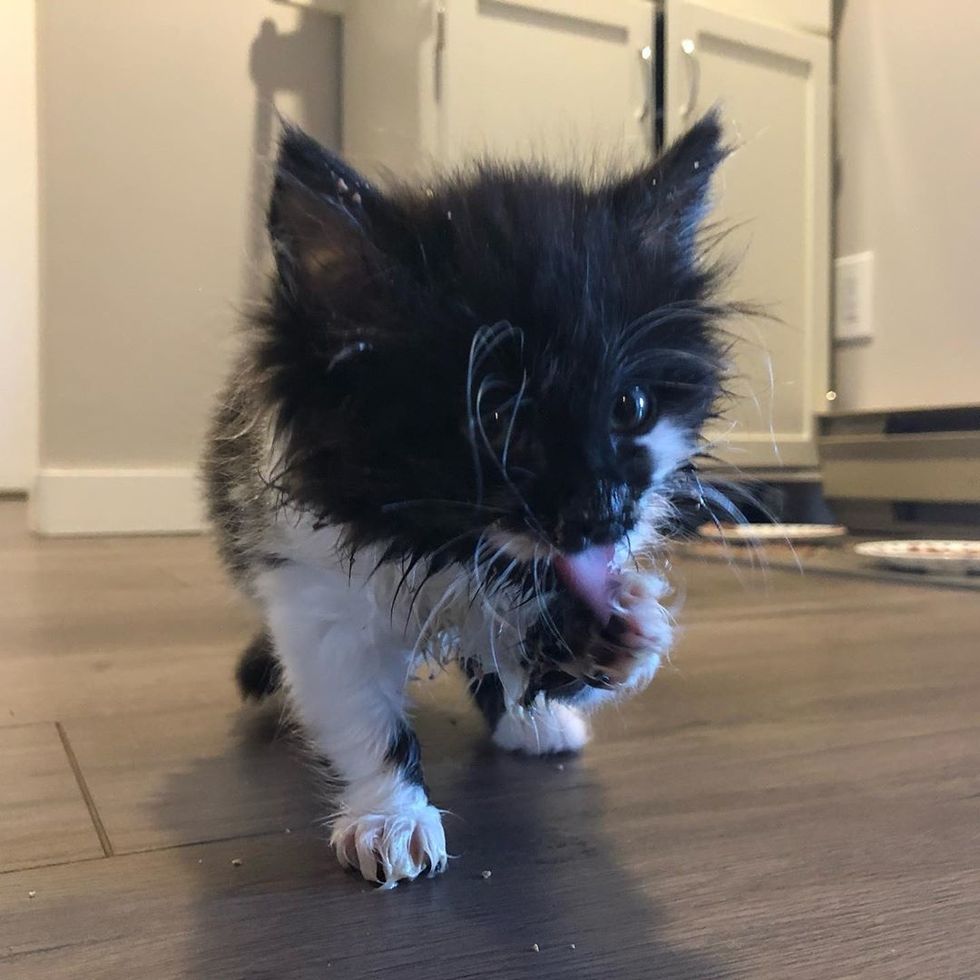 "Miss Messy Maisey has a few more plates of food to swim in before she will be spayed and available for adoption."

The little girl has hit one milestone after another -- she never ceases to amaze everyone with her fighting spirit. 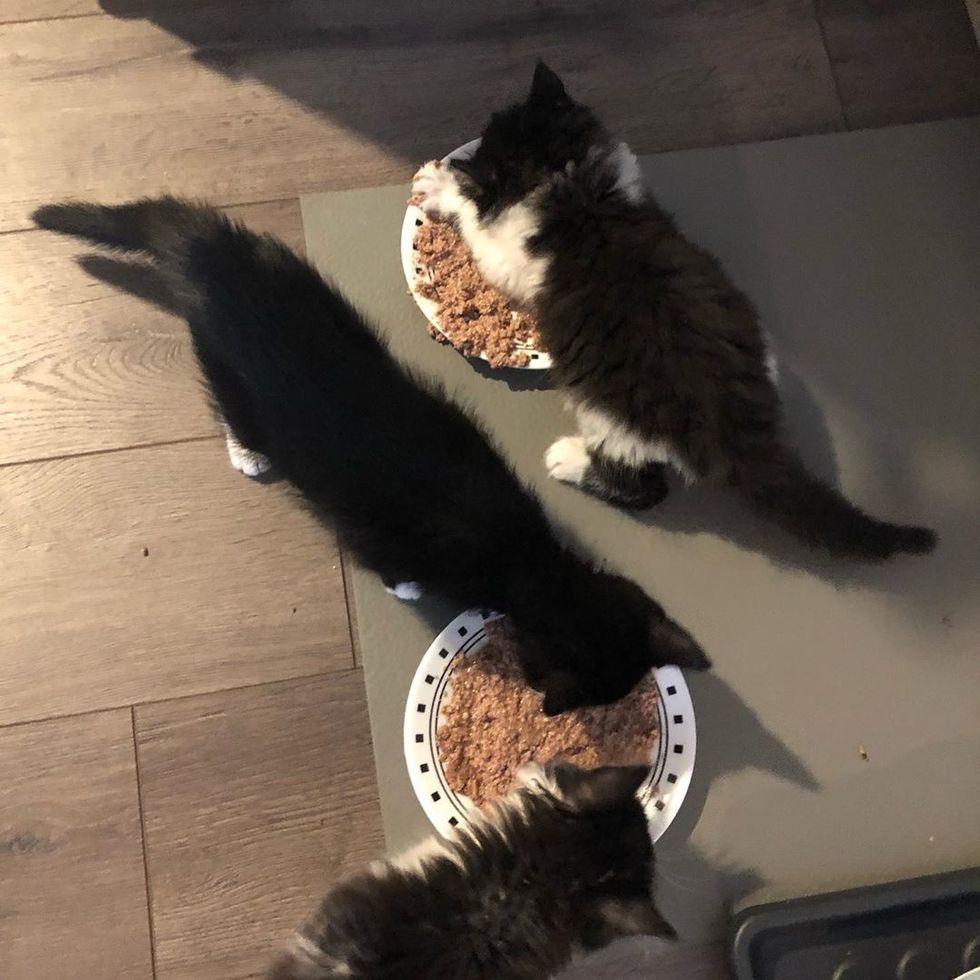 "She's overcome so many obstacles and I am beyond blessed to be able to foster her until she's able to fly the nest and find her forever home," Danica said.

"She is the reason I foster. I am so proud of how far she has come." 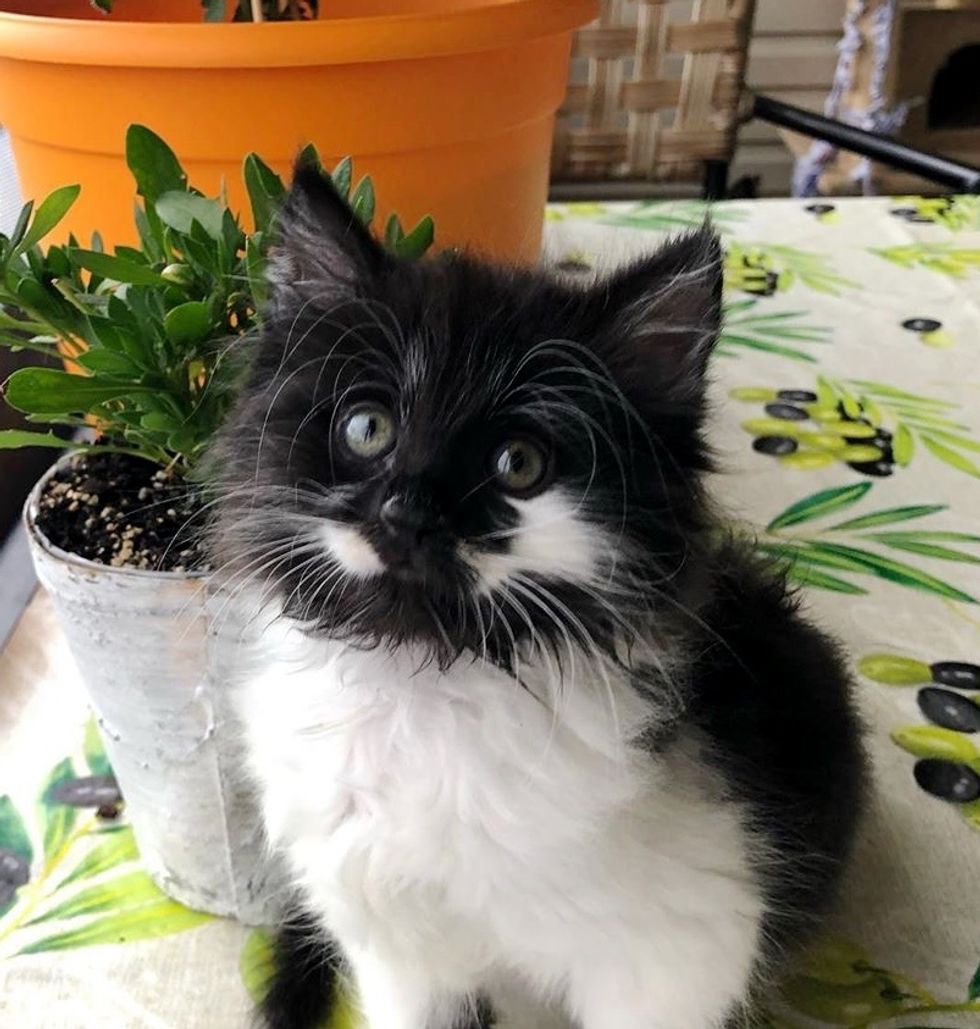 Related story: Kitten Wanders from House to House Until She Finds Someone Who Won't Leave Her Behind