A rescued kitten met a Siamese cat at her foster home. She fell in love and insisted on being her best friend. 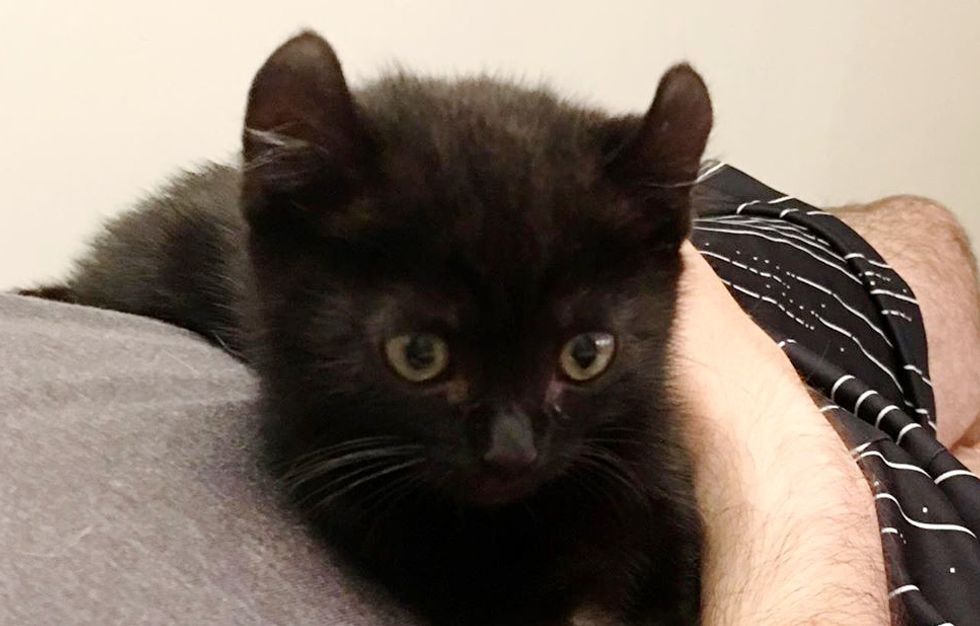 Domino the kitten was born with curled ears and extra toes (polydactyl Highlander cat). She was found as a stray along with her brother and brought to Carson Animal Shelter in California. Her brother was quickly adopted but Domino remained behind, waiting for someone to rescue her.

Jacqueline DeAmor, co-founder of Friends for Life Rescue Network (in Los Angeles) saw the little kitty cowering in the corner of her kennel and knew she had to help. The kitten was overwhelmed by the shelter environment and needed a home.

Jacqueline took her into her rescue and had a foster family ready for her. "When I first got her, she was hissy and spitting, but it was all bark and no bite," Jacqueline told Love Meow. 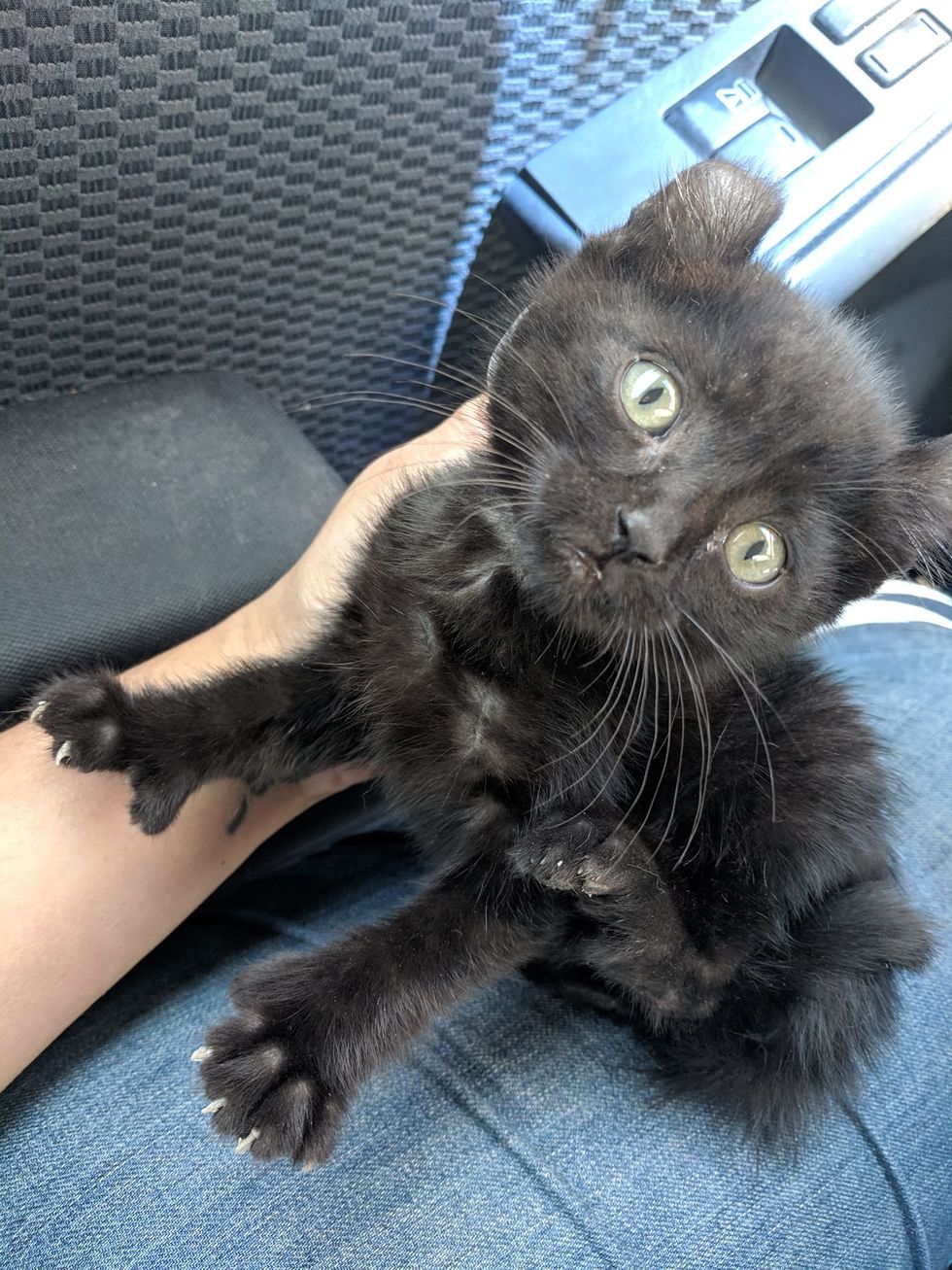 Once she arrived at her foster home, she quickly realized she was safe and no longer needed to fend for herself. When her foster parents, Erica Goren and Nic Pappas, picked her up and cuddled with her, she was immediately overcome by affection.

Her tiny hisses quickly turned into purrs, and she began to snuggle. "My boyfriend instantly fell in love and didn't want to put her down unless needed," Erica told Love Meow. 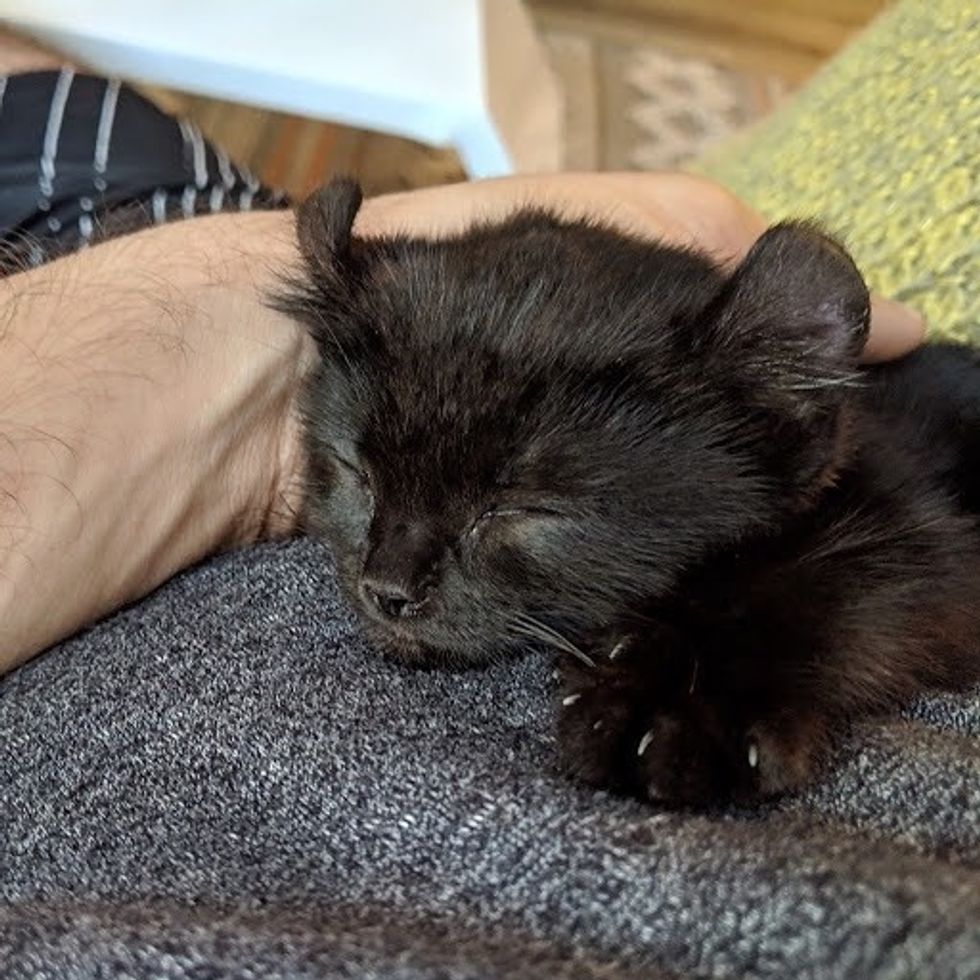 Domino spent the first few hours at her foster home cuddling with Nic who was completely smitten with her. "She has been an absolutely adorable little fluff since the start."

The couple has a beautiful rescued Siamese, Charlotte, who was a bit confused by the tiny newcomer. But Domino became her biggest fan and walked right up to greet her. 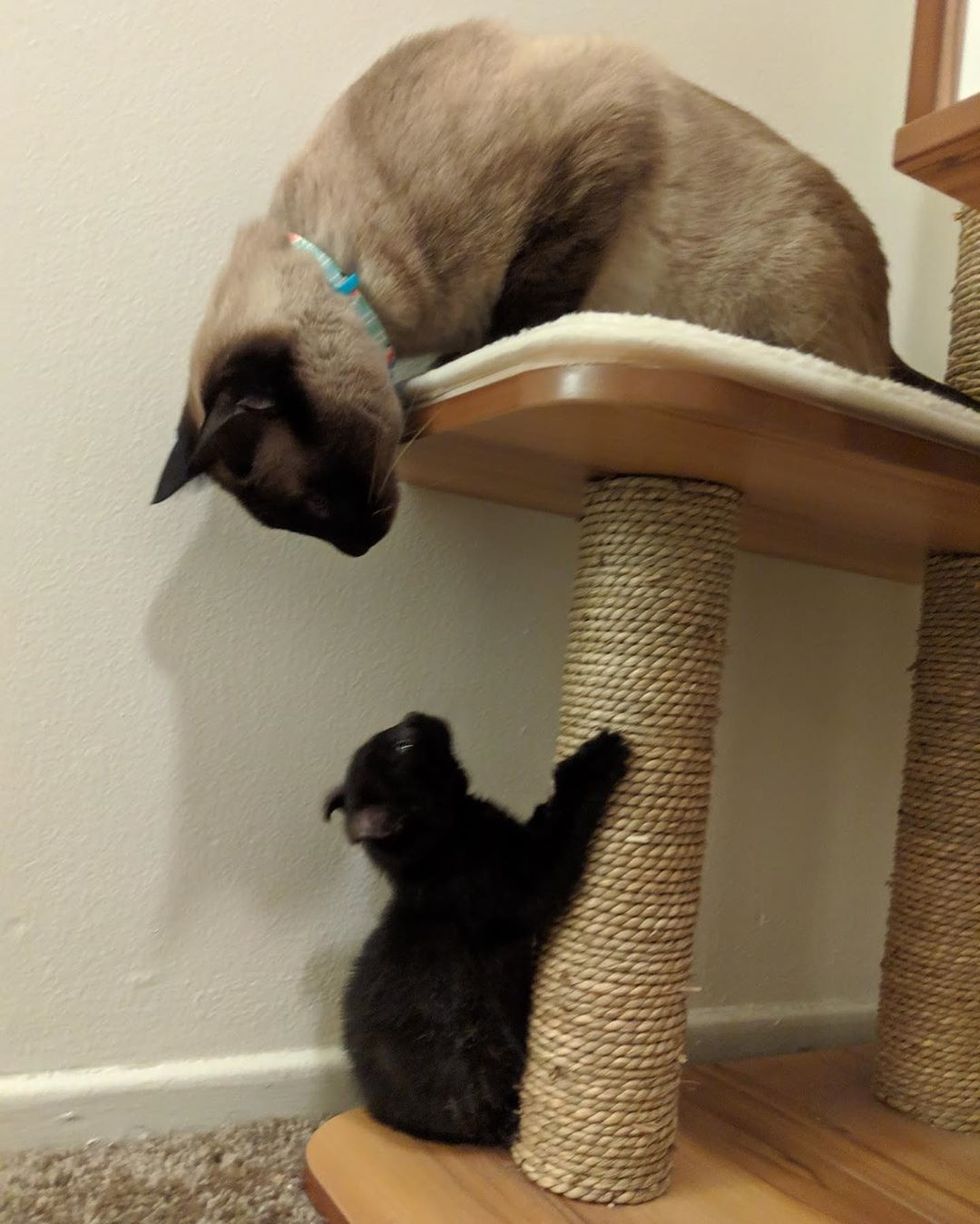 "Once she got settled, she was the first to fall in love with Charlotte way more than her foster humans," Erica added.

"She saw Charlotte and immediately wanted to be her friend. We aren't sure if she thought Charlotte was her mom but she would run to her and give her head nudges, trying to snuggle and be around her." 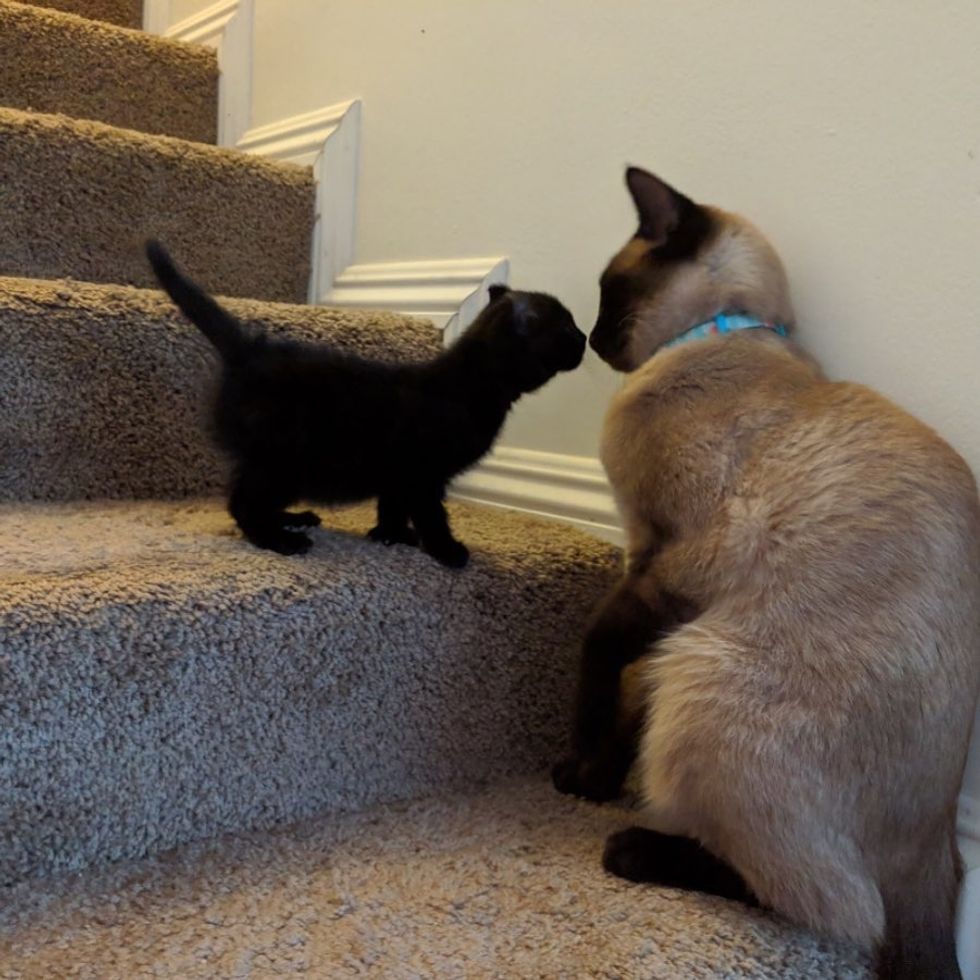 Charlotte was unsure about her feline admirer who followed her everywhere she went.

"The moment we would bring her out of her room and she saw Charlotte, all she wanted to do more than eat was be near her," Erica told Love Meow. 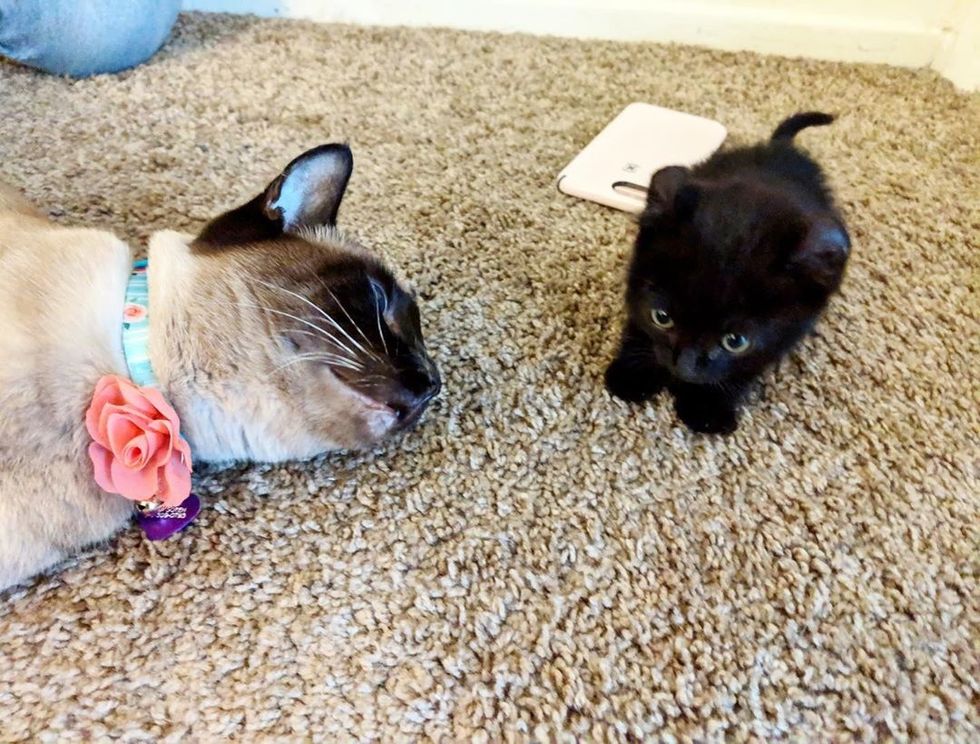 Charlotte was much bigger than little Domino and would hiss and run away, but the tiny kitten was determined and made it a mission to win her over.

Watch Domino and Charlotte in this cute video:

Every day, she would run up to Charlotte, hoping for her attention and affection. She threw head bumps at her and purred up a storm in her presence.

It took Charlotte a while, but one day, this happened. 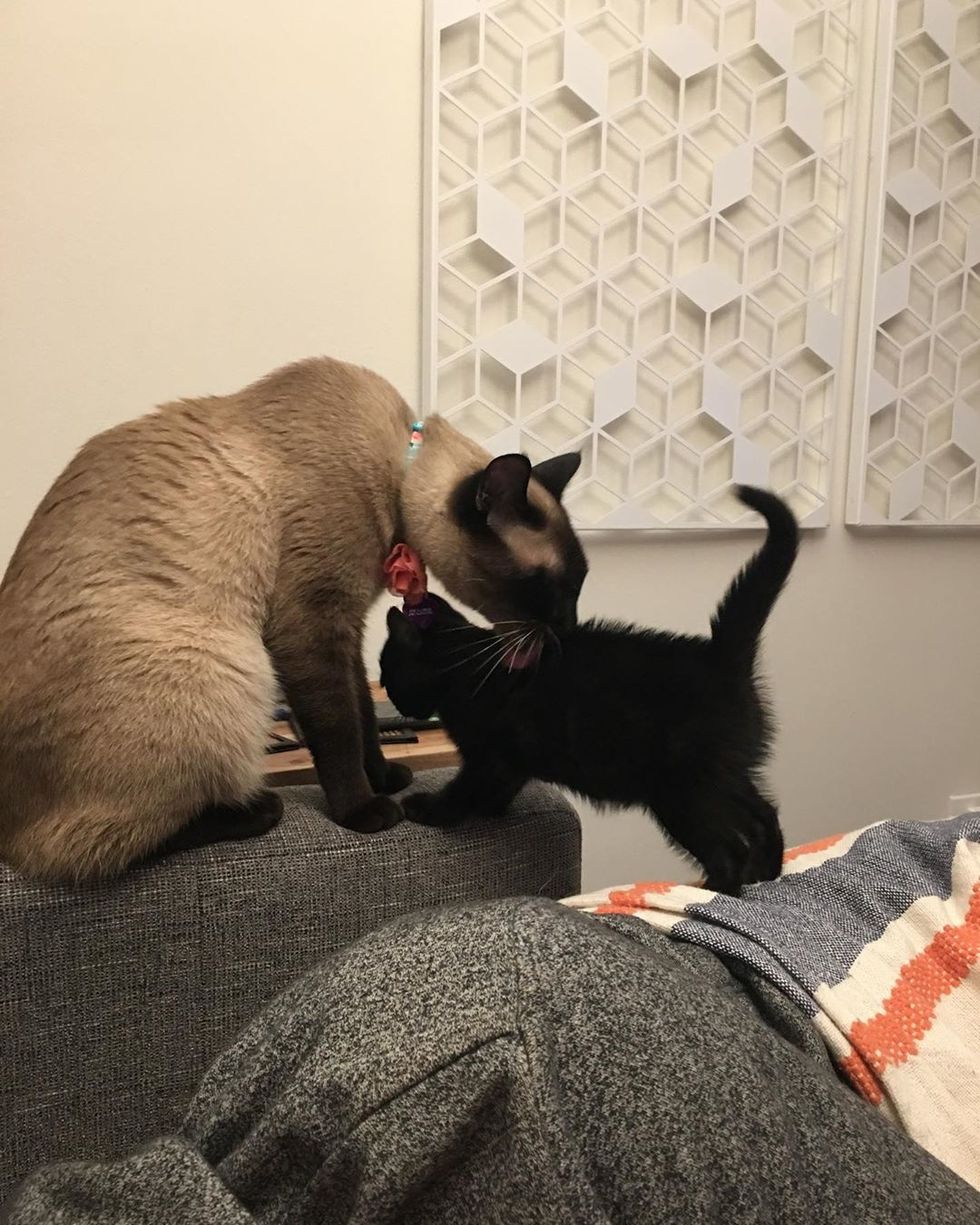 Charlotte decided to accept her little friend, gave her a few kisses and even started grooming her.

Domino, the little spitfire, completely melted when Charlotte showered her with love. 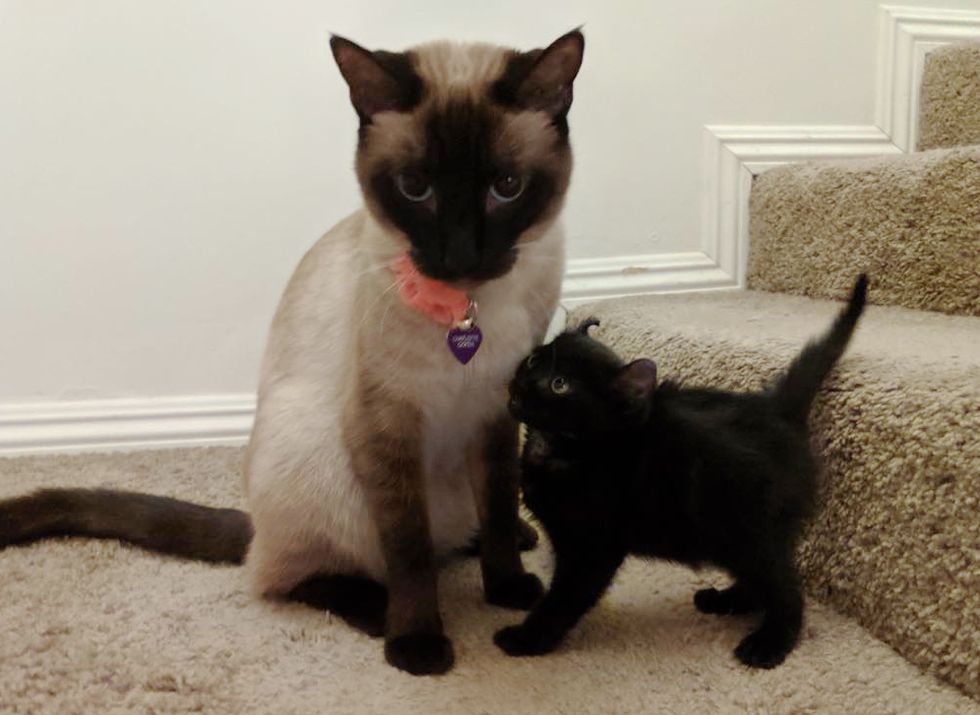 "Her favorite thing to do is either try to play with Charlotte or explore. She loves to get belly rubs and starts to purr immediately when she's picked up." 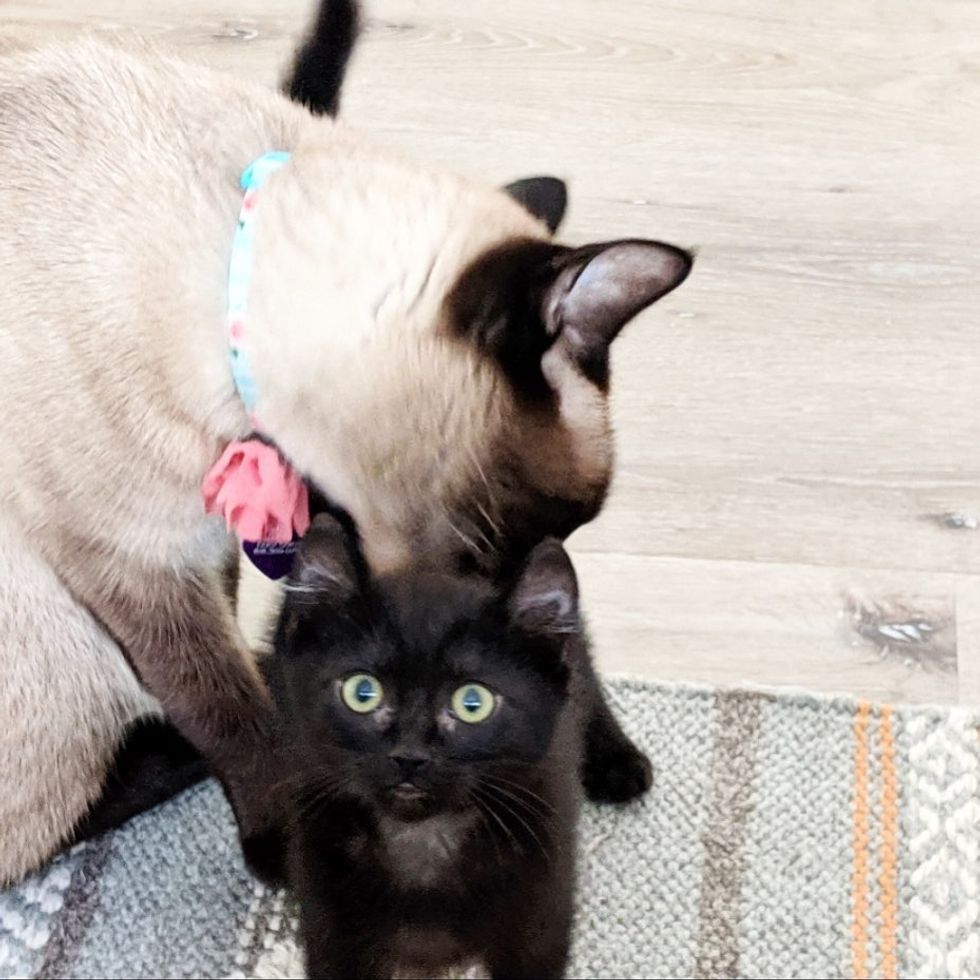 The vivacious little kitty has come a long way.

She was scared and alone when she was at the shelter, but now she has a family to love on and has blossomed into a cuddle-bug. 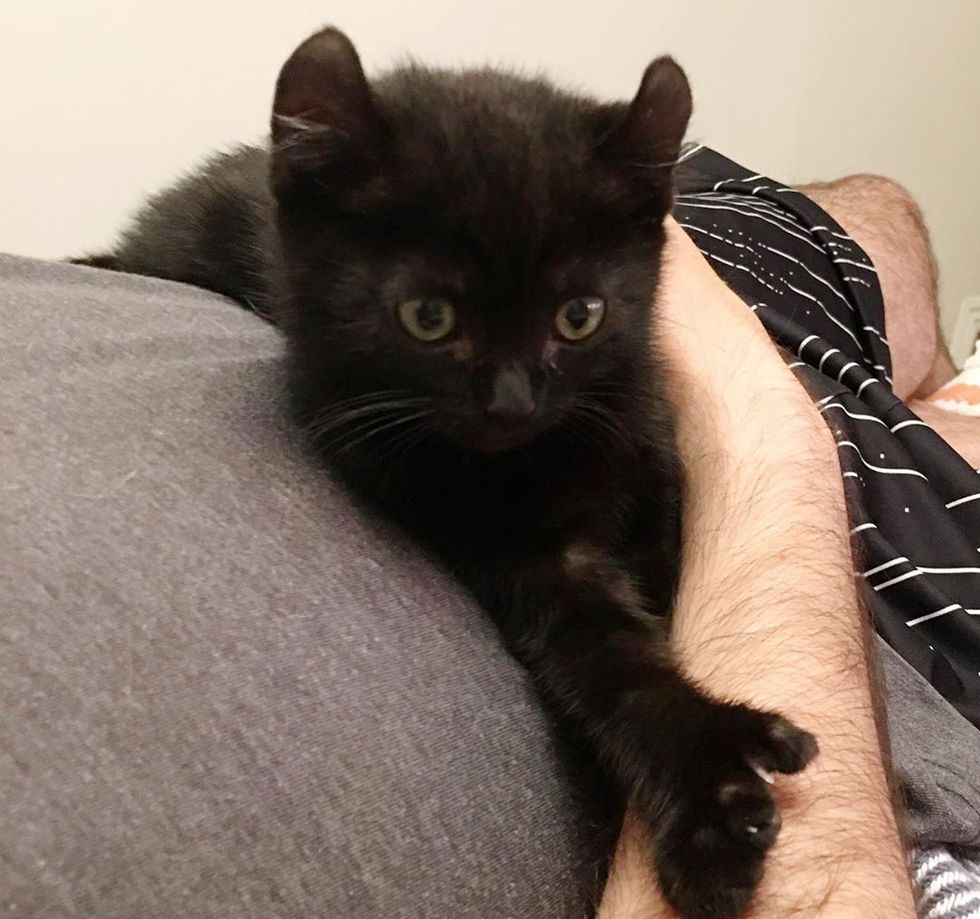 Whenever Charlotte needs a break or me-time, Domino snuggles up to her humans and curls up in their arms.

No more wandering the streets for food and shelter - little Domino is so happy to have a family to care for her and a feline best friend to lean on. 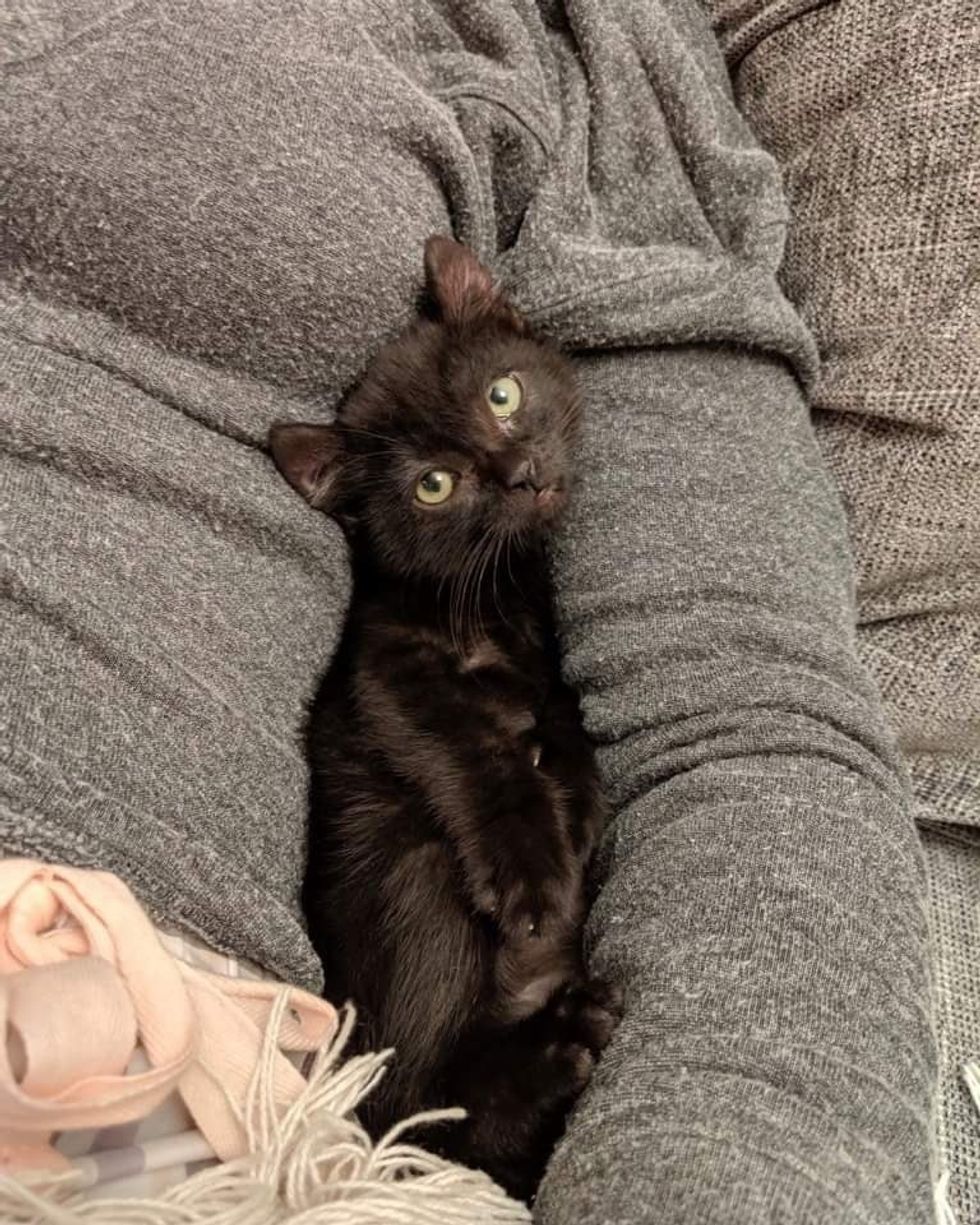 Related story: Stray Kitten Walks Up to Dog Walker and Insists on Going Home with Her