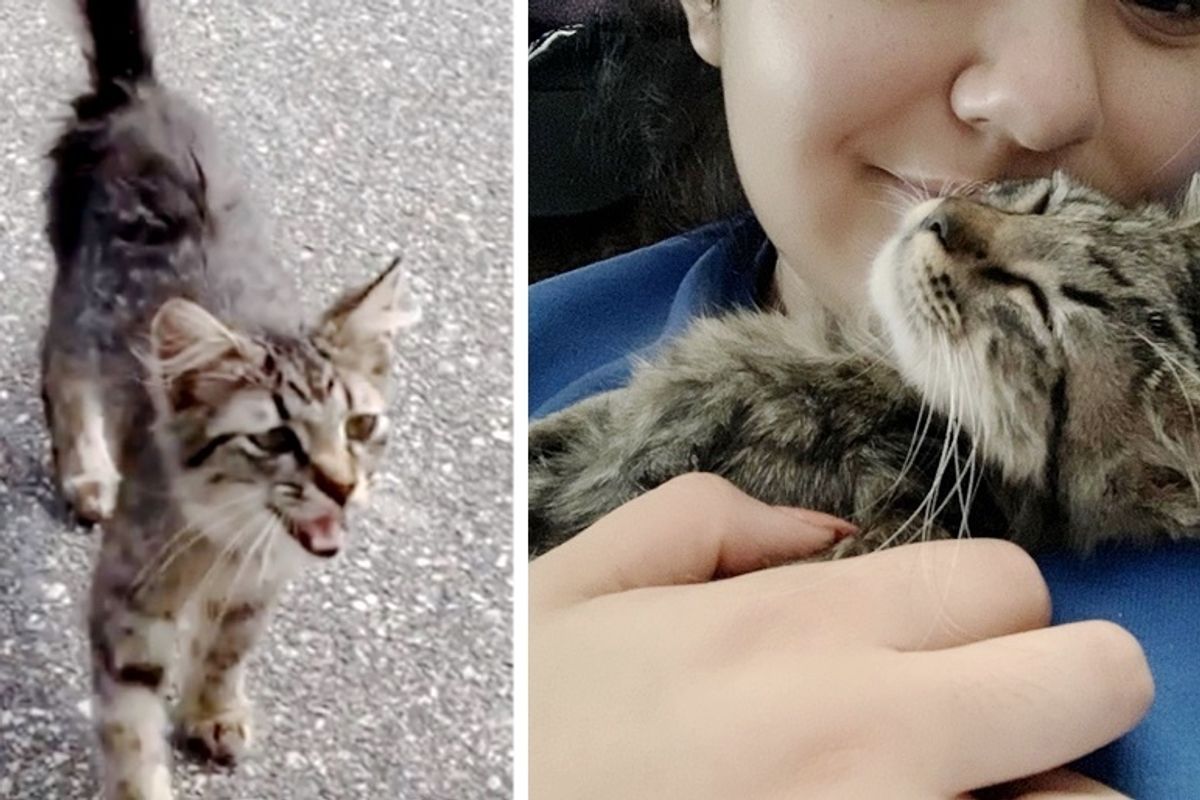 A stray kitten walked up to a dog walker, meowing for attention. She was completely fearless and just wanted a friend. 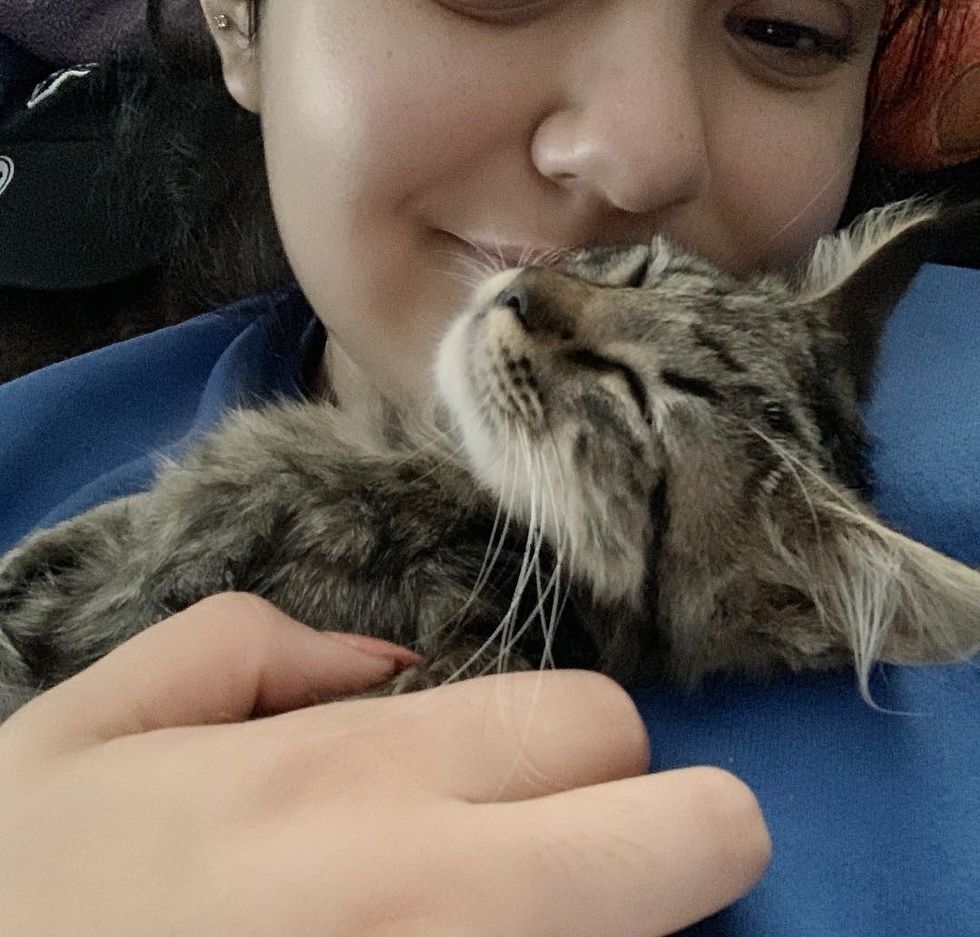 Kiara from Florida was out walking a dog in an Orlando neighborhood when she spotted a furry little thing run right up to her - a kitten who was not afraid of the big dog, was begging for attention.

Underneath all the fluff, the little tabby was just skin and bones. "Her fur was dirty with oil and grease, and she was covered in fleas," Kiara told Love Meow. "When I finished my walk, I went back to where I'd seen her and was petting her and giving her love."

Kiara asked a neighbor nearby to see if the kitty belonged to someone in the area. As it turned out, the kitten had been roaming the streets all her life. Many people had passed her by and no one claimed her. 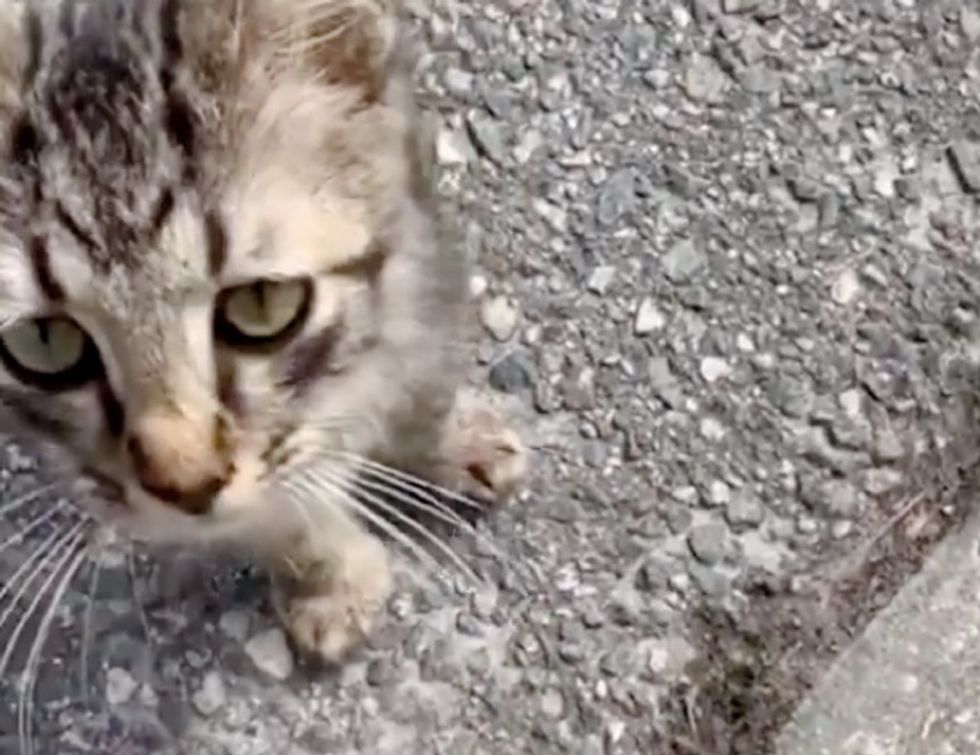 "The whole time, I was holding her and she was purring away. As the woman continued to tell me her story, I knew she'd be mine," Kiara said.

The sweet little kitten curled up in Kiara's arms and was not going anywhere. "I genuinely believe in her heart she had hope that she'd find a home with a good person." 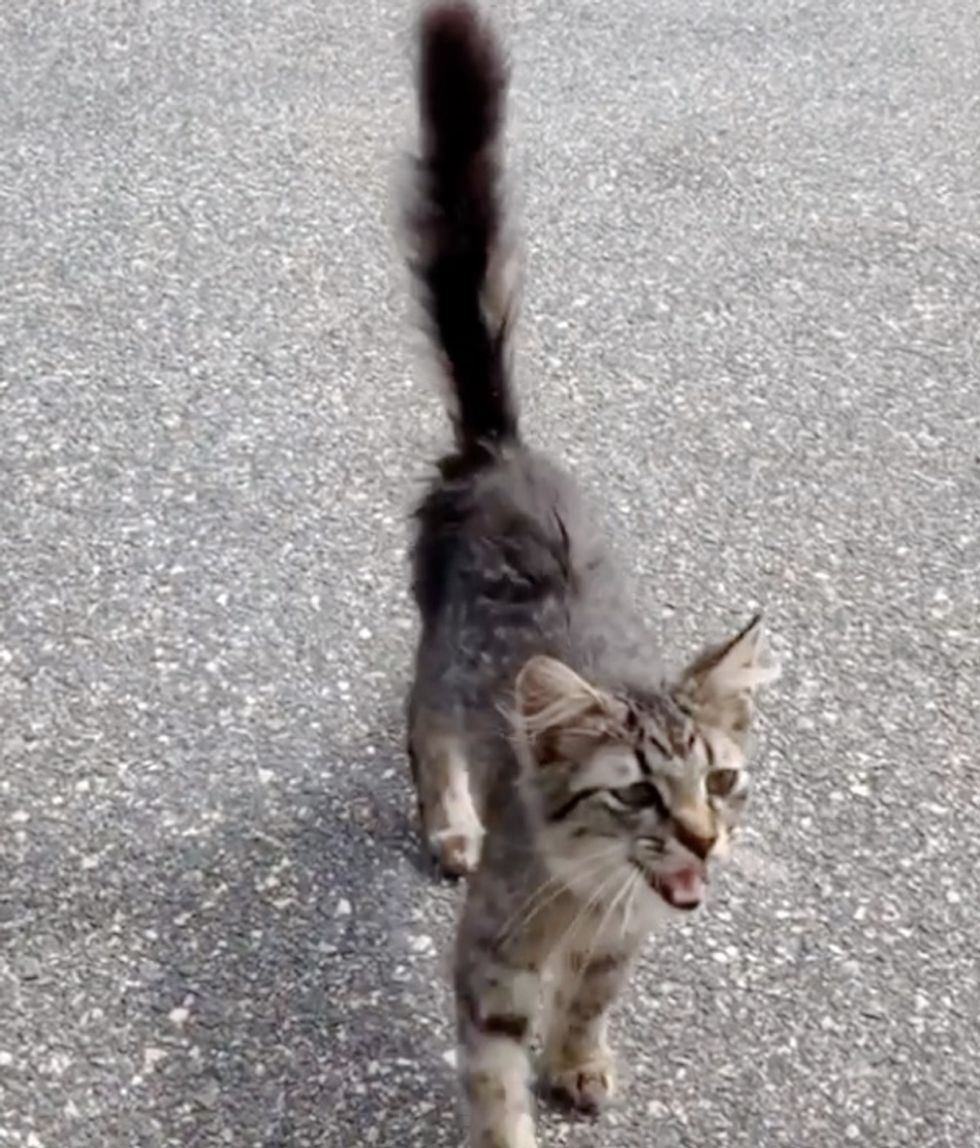 Kiara named her Hope. She called her boyfriend Chris, and the two headed to the store to pick up supplies for their new kitten.

They gave her a much-needed bath and the water turned reddish brown. "I'll never forget the first time she kneaded and she was so comfy in her bed. It was probably the first secure thing she'd ever had. She now had a reliable source of food, love, comfort, and toys," Kiara said. 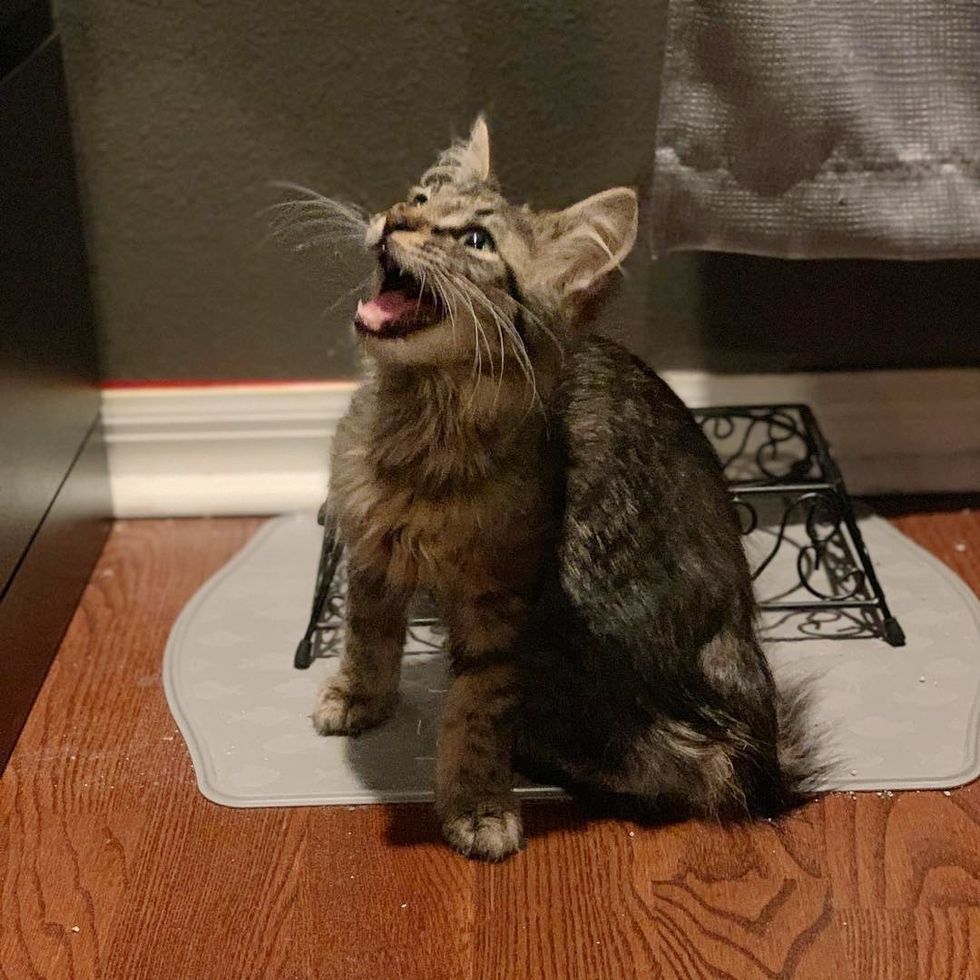 Hope was exhausted, dehydrated and starving after months of living on the streets. That night, she got a full belly and took a long nap in her new bed, making up for lost sleep.

At around three and a half months old, Hope only weighed 2.9 pounds. Despite being underweight, the kitty was always in good spirits and kept rumbling with her adorable little purrs. 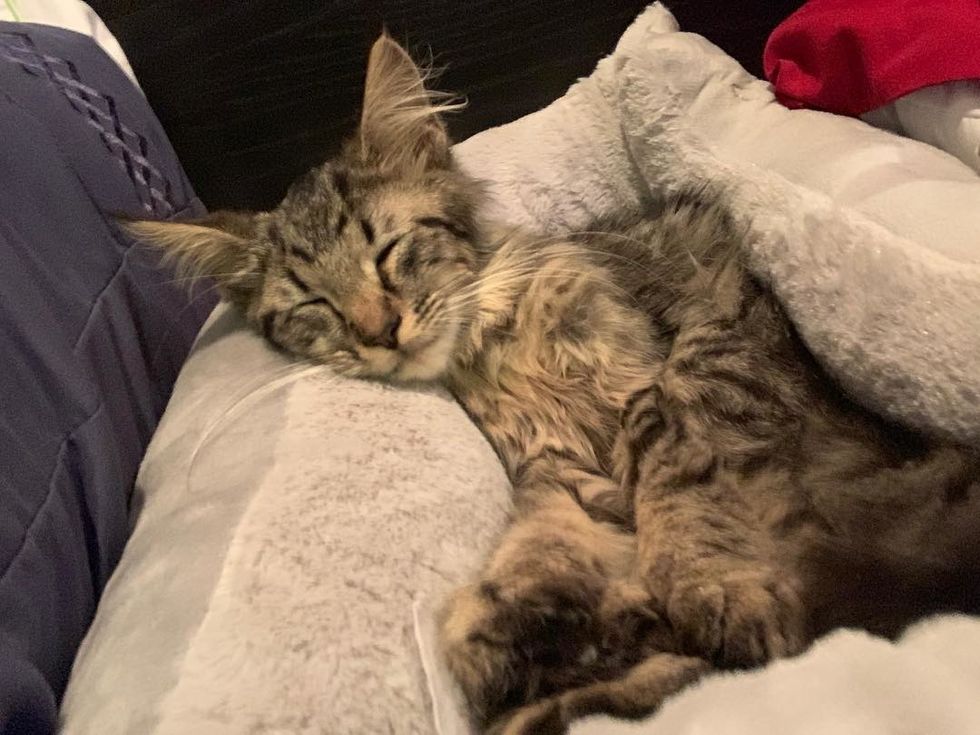 "She was a good girl from the beginning and we adored her. She ate like a lil piggy and she still does," Kiara added.

"Hope was just so happy to have someone who wanted to cuddle with her and love her. For the first time she felt love and it was apparent." 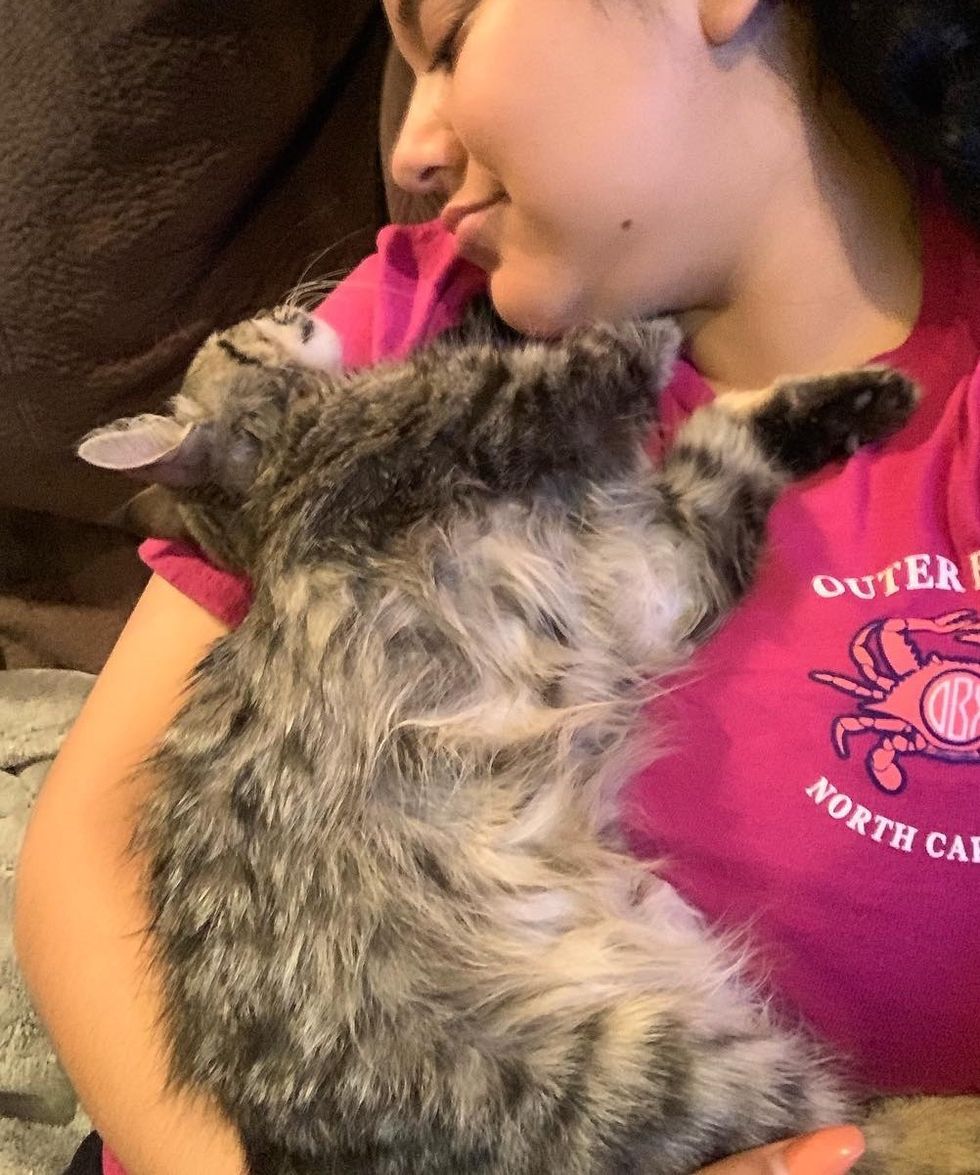 The tabby girl has a calm temperament and enjoys perching on her human's shoulder or being carried around the house. She seeks out affection and constantly demands cuddles.

Hope has gotten bigger, stronger and her fur much shinier since the day she was rescued. 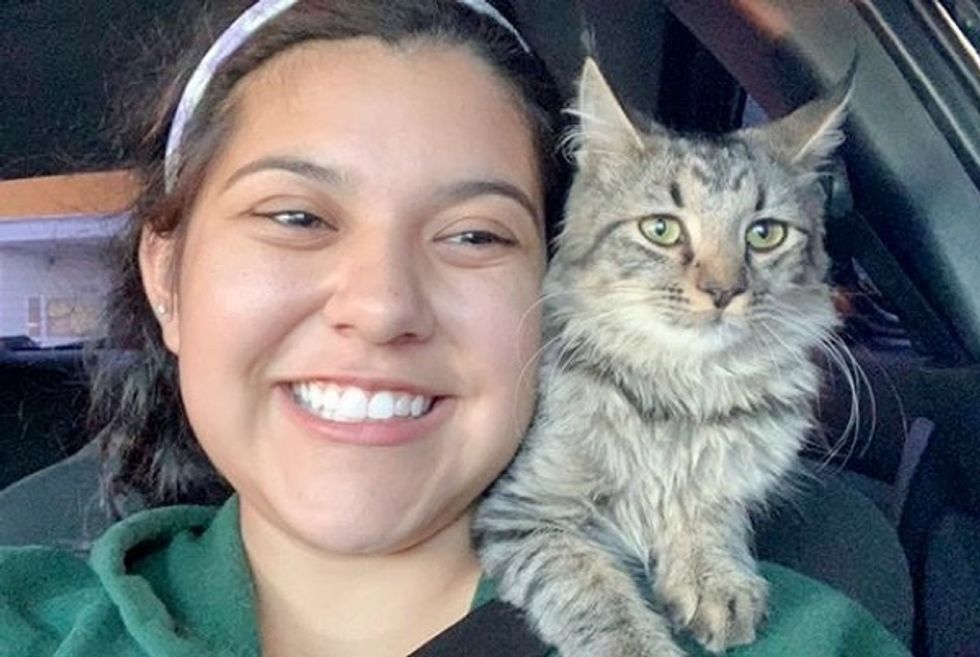 "I named her Hope because that tiny kitten had the worst things happen to her and yet she approached me. Hope found me, and I thank God every day that she did!" 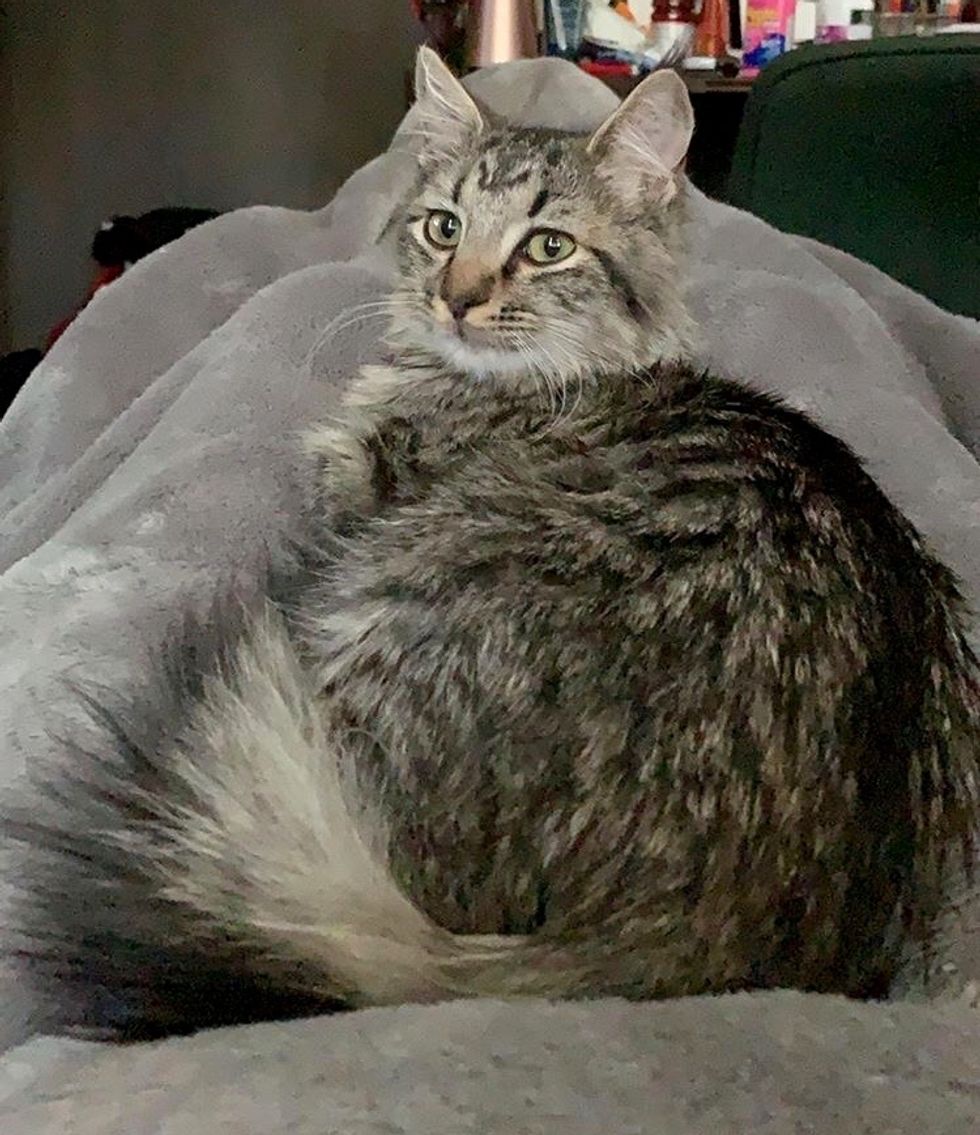