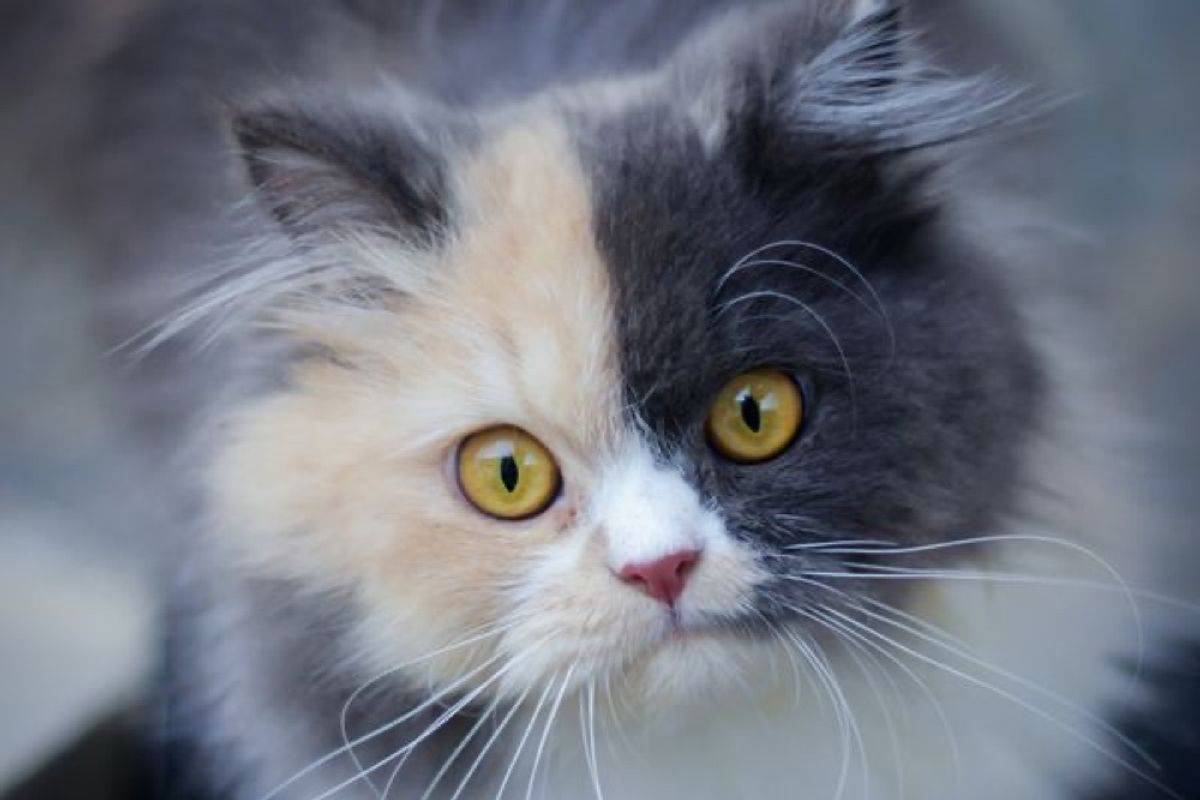 How To Tell Difference Between Calico, Tortie, Torbie, Tabby Cats and Kittens

Cats are beautiful in all their diverse splendor. Calicos, tortoiseshells, and torbies can easily be confused by the untrained eye, as their coats come in similar colors and patterns. The nuances make these cats and kittens quite unique.

Tortoiseshell (Tortie) - the Cat with Cattitude aka Tortitude

Ever seen a wonderful orange and black marbled colored cat? That is probably a tortoiseshell, also known as a tortie. Their name comes from the similarity of their coloring to a tortoise shell. Torties are bicolored - they are normally black and orange but also come in grey and cream (known as dilute torties).

A tortie who has two different colors on each half of their face, is often referred to as a "chimera" cat. A Seal Point Cat with tortie markings is called a Tortie Point. Their flecked or mottled pattern is often visible on their face, paws and tail.

Torties are almost always female (about 99.96% of tortoiseshells are female) because the recessive gene for this trait is on the X chromosome, and cats need two genes to express this trait. Male torties are extremely rare but can happen if they have an extra X chromosome (XXY). Unfortunately, that means they are usually sterile.

These magnificent cats are anecdotally known to have a distinct, feisty attitude aka toritude.

Calicos have multicolored coats that are sometimes mistaken for torties. There is an easy way to differentiate them. Calicos have 25-75% spots of white in their coat with large patches of orange and black or cream and grey. Their tricolored pattern is known as piebalding, which means there are patches of (unpigmented) white skin or fur. On the other hand, torties do not have any white in their coat.

These adorable cats are called lapjeskat in Dutch, which literally translates to "patches cat." In the United States, calico cats have garnered the nickname of "Money Cats." In Japan, the iconic beckoning cat, Maneki Neko, is traditionally a calico Japanese Bobcat.

When their colors are more muted, they are known as diluted or clouded. Calicos with diluted coloration are also known as "clouded tigers" or "calimanco cats." They normally have a coat of grey, silver, and gold with no dark colors.

Male calicos are incredibly rare just like torties. This occurs when the cat has a rare genetic condition called Klinefelter syndrome which means they have two X chromosomes and one Y chromosome (XXY). In 2015, a male calico Scottish Fold kitten was brought to Central Texas Cat Hospital. This was the second male calico that the hospital had seen in their then 54 years of practice.

The calico is beloved to the people of Maryland and has been the official cat of the state since October 2001.

Torbies, and how they are similar to tabbies

There are special types of torties called torbies (short for tortoiseshell-tabby) with tabby-like features. These striking looking felines are tabbies with patches of red or cream.

The most distinctive feature of a tabby cat is the "M" shaped marking on their forehead. They usually have stripes near the eyes and on the cheeks, legs and tail. Depending on the type of tabby, they can have dotted, lined, flecked, striped, banded or swirling patterns on their body, neck, shoulders, sides, flanks, chest or tummy. The word tabby may originally come from a Baghdad neighborhood Attabiy.

A cat whose coat is red (such as orange, ginger, yellow, butter, marmalade, caramel or cream), will always have tabby markings due to the agouti gene. About 80% of orange cats are male since genetically females need two orange genes while males only need one.

Classic tabbies have a swirly 'bullseye' pattern on their sides or a butterfly pattern on the back. They are known as blotched or oyster tabbies.

Mackerel tabbies have tiger-like stripes. They are also called 'fishbone tabbies' after the mackerel fish. This is the most common type of tabby.

The ticked pattern has their tabby markings on their face, neck, and legs but their body is more plain with solid colors. This is mostly associated with the Abyssinian breed.

Spotted tabbies look like the kitty form of a leopard, often seen in Bengal or Ocicat.

There is a fifth pattern called "patched" which can be found in some tortoiseshell or calico cats. They are referred to as torbies or calibies respectively.

In 1988, Massachusetts made the tabby their official state cat, in response to the wishes of school children.

Rescued Feral Cat Surprises His Human One Day When He Decides to Love...