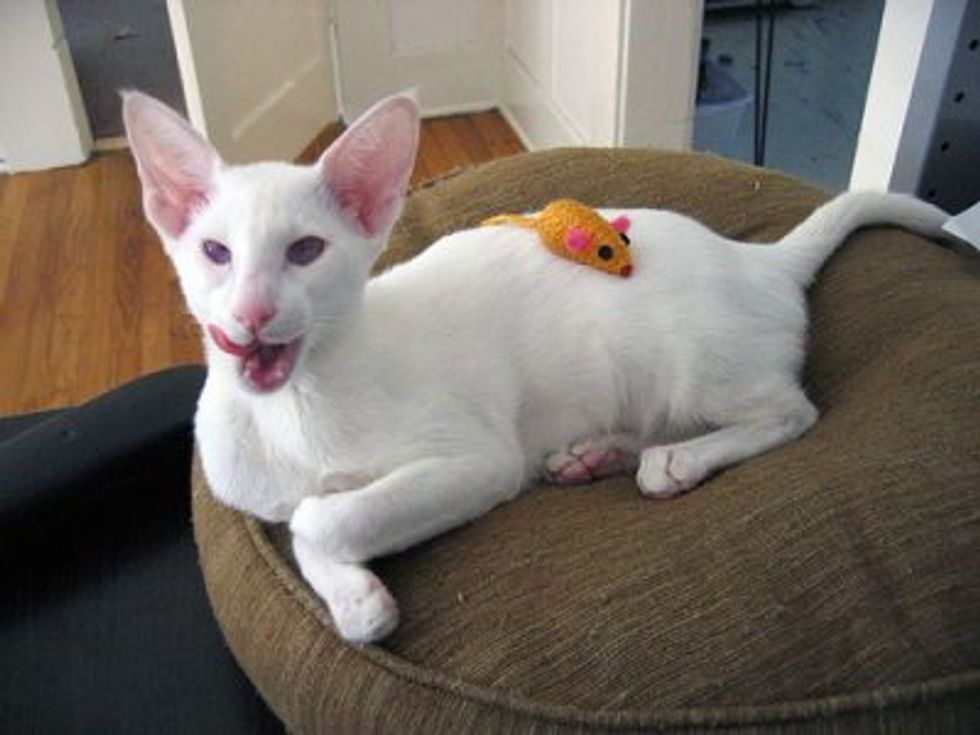 Albino cats are very rare. They are different from many white cats. Albino cats are born lacking pigmentation of the skin, eyes or hair. The reason their eyes are pink is because without pigment, you can see blood vessels through the pupil of the eyes.

Albino cats are more commonly found in the Snow Bengal and the Oriental breed such as the Siamese. Even though Siamese kittens are born completely white, due to the environment and climate, their coat color starts to form. Generally Siamese cats that grow up in a warmer climate tend to have lighter coat than those that are raised in colder areas. A true albino cat will have pure white coat and pink eyes throughout his life time.

Albinism is a congenital condition which occurs due to mutation of the genes that control pigmentation in the body. Cats that are true albinos may be susceptible to sunlight and certain immune system related diseases. Also, some may be blind or deaf, thus albino cats should be strictly indoor cats. However, cats can still function normally even without the ability to hear or see. They are excellent at utilizing other senses to help them get around.

Despite all the potential disabilities, albino cats are considered exotic and often favored by many cat lovers. There are only 2% of albino cats in the entire feline population. Even big albino cats are extremely rare. They are mostly found in Bengal tigers. However, albinism is a genetic disease that can happen to many different species. It is no surprise that in such extreme rarity, you may still be able to spot an albino Serval, lion or even bobcat in a local zoo.

Chances of finding an albino big cat in the wild is almost close to none.

Do you have an albino kitty in your home?