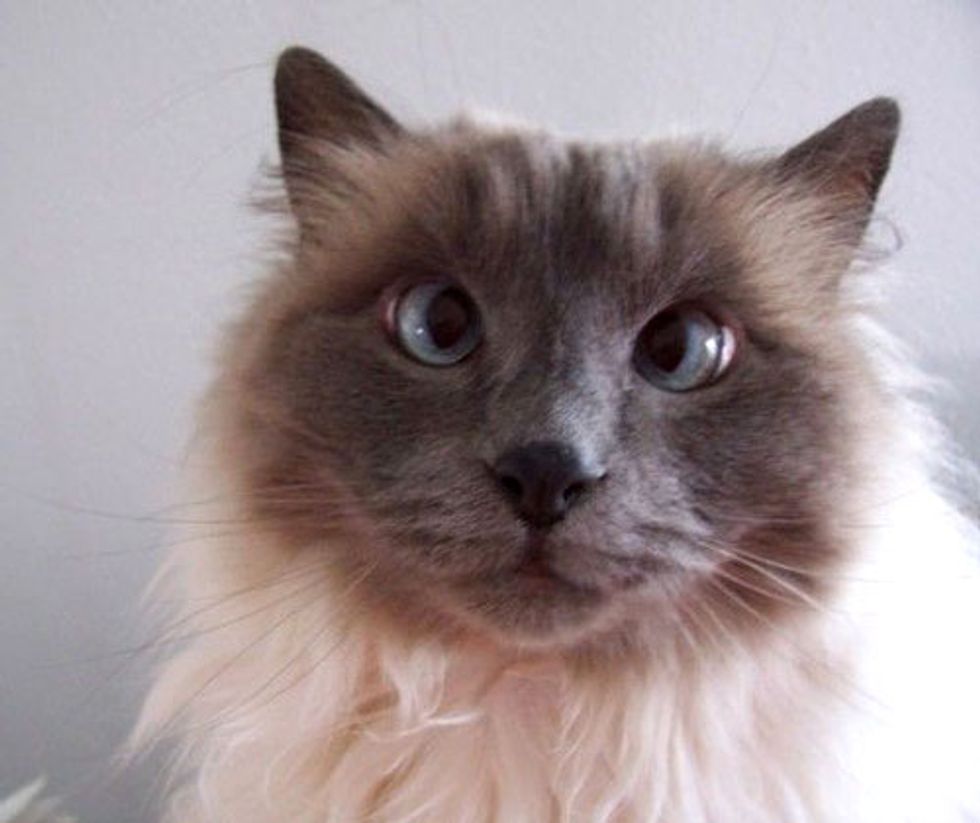 Have you wondered why some cats seem to be cross eyed? Is it because they are concentrating on something a bit too intensely?

The cross-eyed condition (also called strabismus) is in fact mostly genetic. The muscles that attach directly to the eyeballs are not exactly of the same length on each opposite side.

When the eyeball moves, its motion is influenced by those small muscles. They position the eyeball to slide from top to bottom or side to side. However, in certain cases, one muscle may be longer or stronger than the one on the opposite side of the eye, this causes the eyeball to deviate off the correct direction. If the eyes deviate towards the nose, the cat is cross-eyed.

Cross-eyed cats are just like any other cats. Their eyes do not affect their qualify of life. In the past, crossed eyes seemed to occur more commonly in Siamese cats due to selective breeding. This is far less common today.

A small percentage of cross-eyed cats may be the result of nerve damage in the eye muscles. If a cat has a disease in the vestibular system, which helps the cat to retain his balance, the cat may experience a constant spinning sensation. In order to adjust to that, his eyes move abnormally. In this case, the cat should be treated by a veterinarian.

All and all, cross-eyed cats are lovely creatures that have no difference from other cats except their cosmetic disparity. Scroll down to enjoy some beautiful pictures of these lovely cross-eyed furry friends: