Cat Who Was Rejected for Being a Lap Cat, Finds Family that Loves Him and Can't Stop Cuddling

All Jacque wanted was a warm lap to sit on, but he was turned away and rejected for simply being a lap cat. 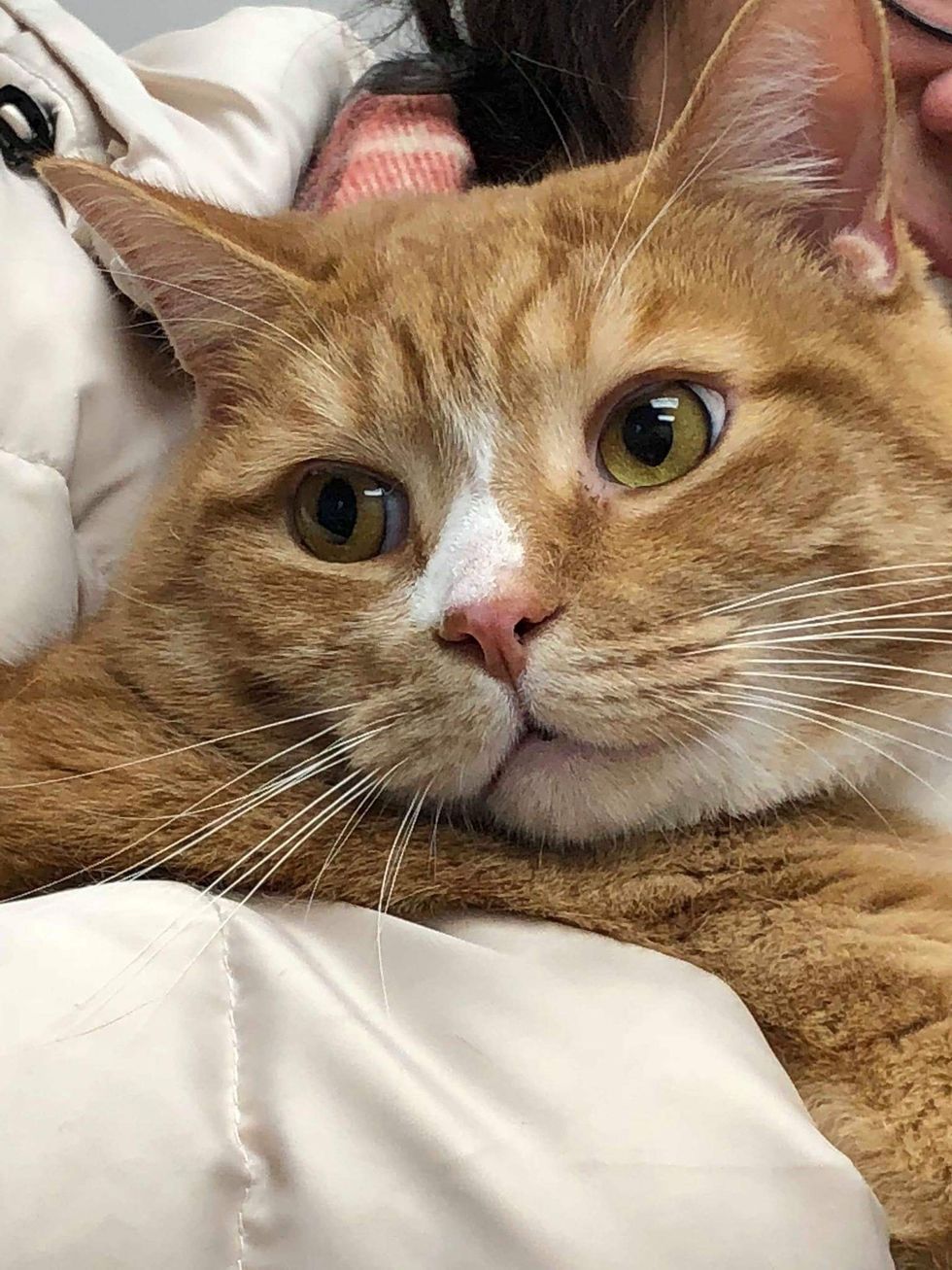 Jacque was three years old when he was dropped off at Michigan Cat Rescue. His previous owner no longer wanted the ginger cat because he constantly sought attention from her.

After a year, he was turned away and given up. The ginger boy was confused by the sudden change in surroundings, but as soon as he got to curl up in a warm lap, he started purring again.

Everyone at the rescue was determined to find the sweet kitty a home that would give him unconditional love. 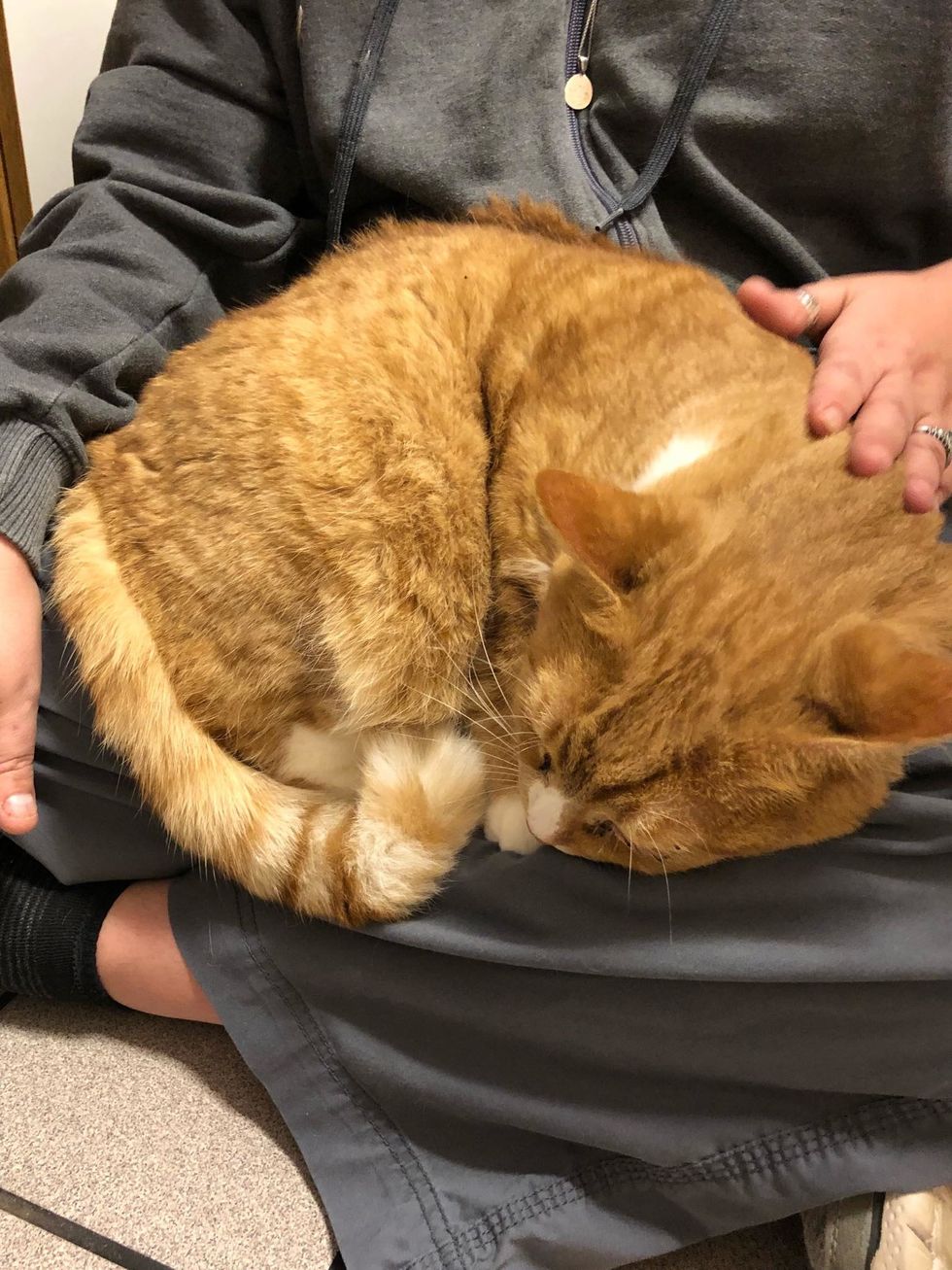 "He is a great cat who needed the right home and a second chance," Nancy of Michigan Cat Rescue told Love Meow.

They shared his story on their Facebook page, in the hope of finding him a perfect home. Soon, hundreds of adoption applications came flowing in. People were stunned by how a sweet cat like Jacque became "unwanted." 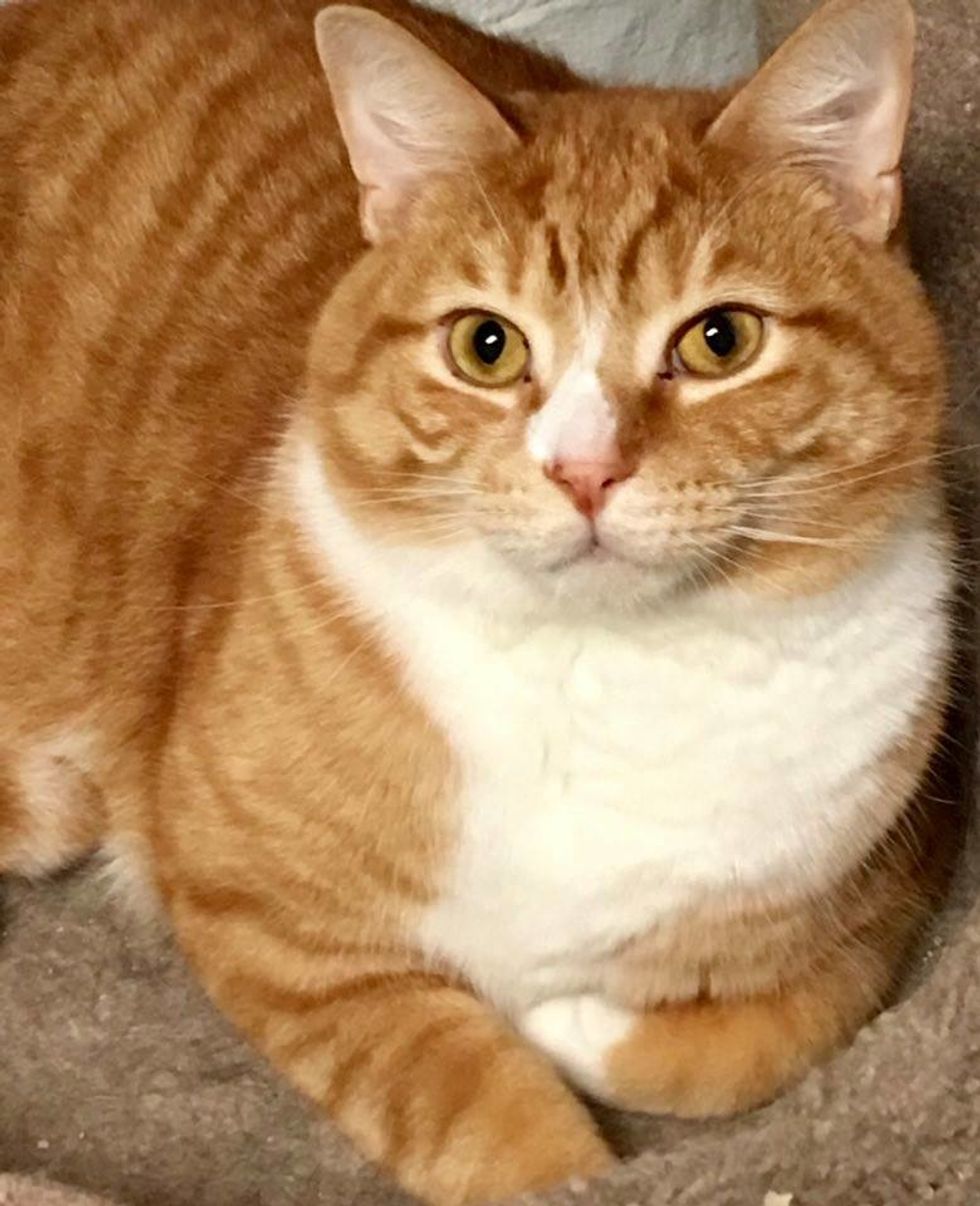 "Sad that he lost his home, but glad has a chance at a home that will forever love him... with a lap to snuggle on," Siobhan commented on the page.

"If he is a lapcat that's what I'm looking for. I will apply for him," Abby added a comment.

"Who in the heck doesn't want a lap cat? He is so handsome," Brandy wrote on the page.

"A giant cat that is orange and demands to sit on laps? Sounds like a dream come true," Cathy added a comment. 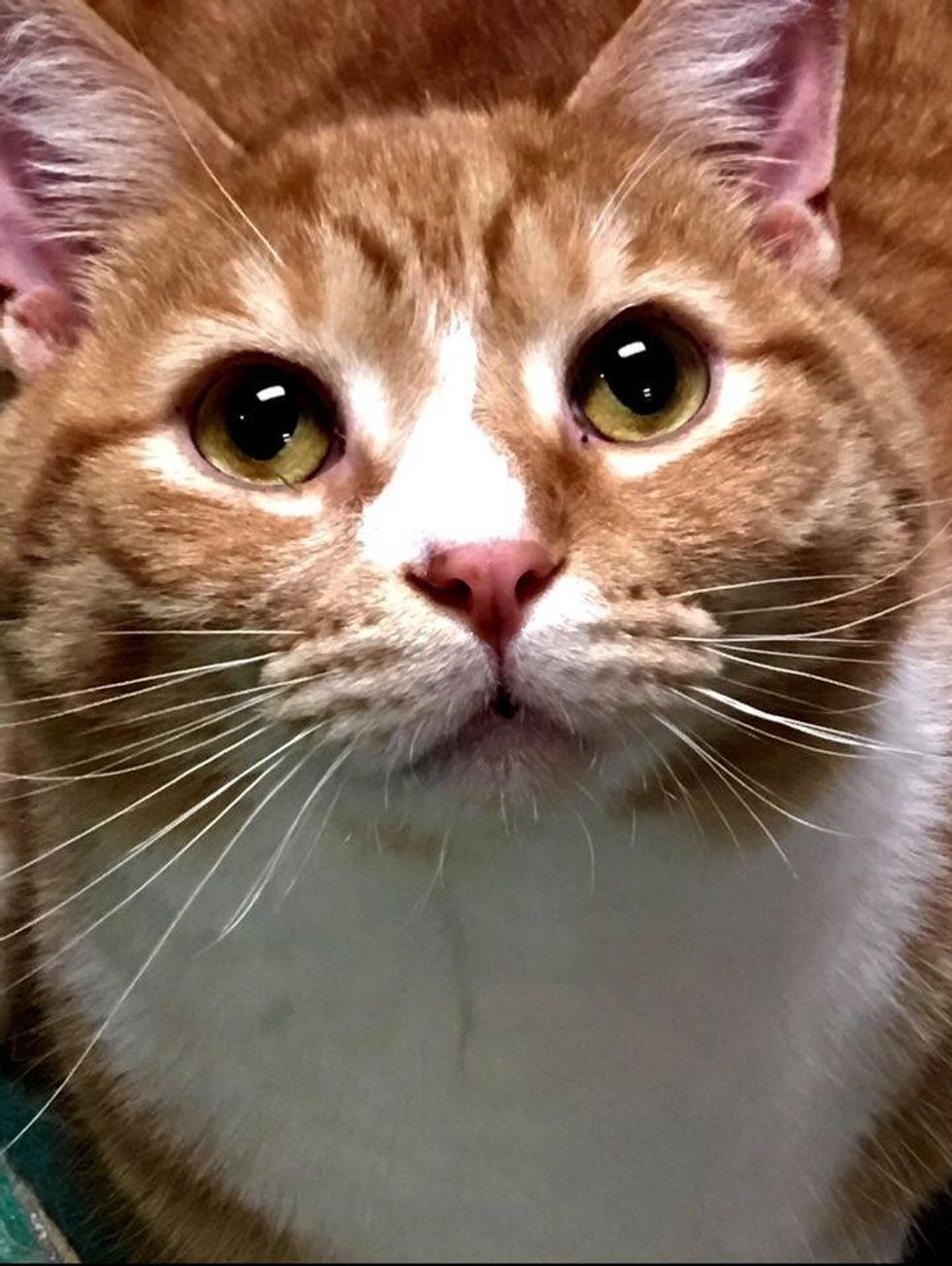 The post received more than 1,200 comments and 2,600 likes. Everyone was rooting for Jacque and hoping that he would find a family that would love him, spoil him and indulge him with all the cuddles he would ever want.

Liz came across Jacque's story and knew right away that he would make a wonderful addition to her family. A couple of weeks after she submitted an application, she received the most joyous news. 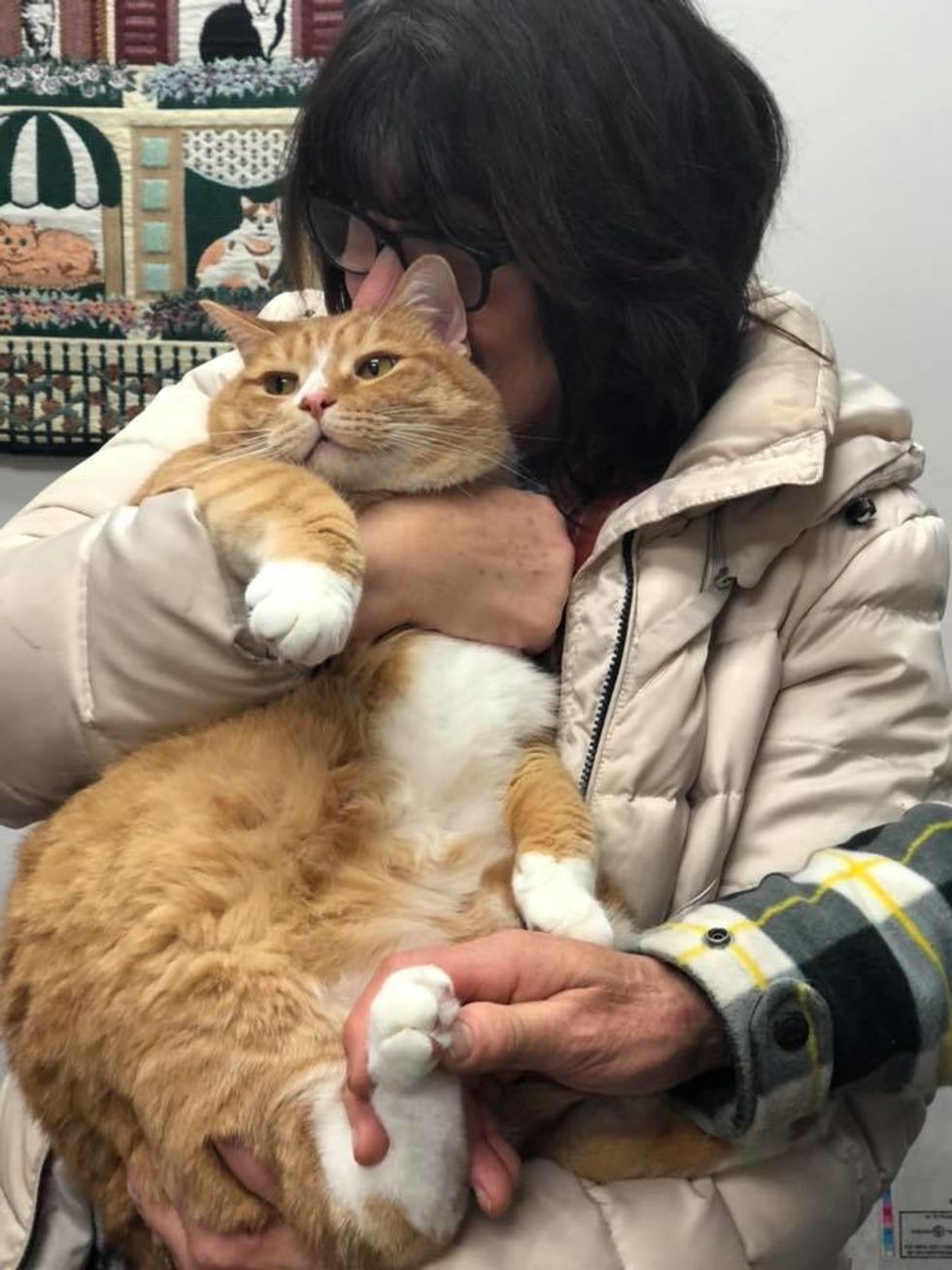 She and her family went to the rescue to meet their sweet ginger boy for the first time, and they were absolutely smitten with him.

Jacque crawled right into his human dad's lap, buried his face in his arms and held his hand while purring up a storm. It was as if he knew that they were there to take him home. 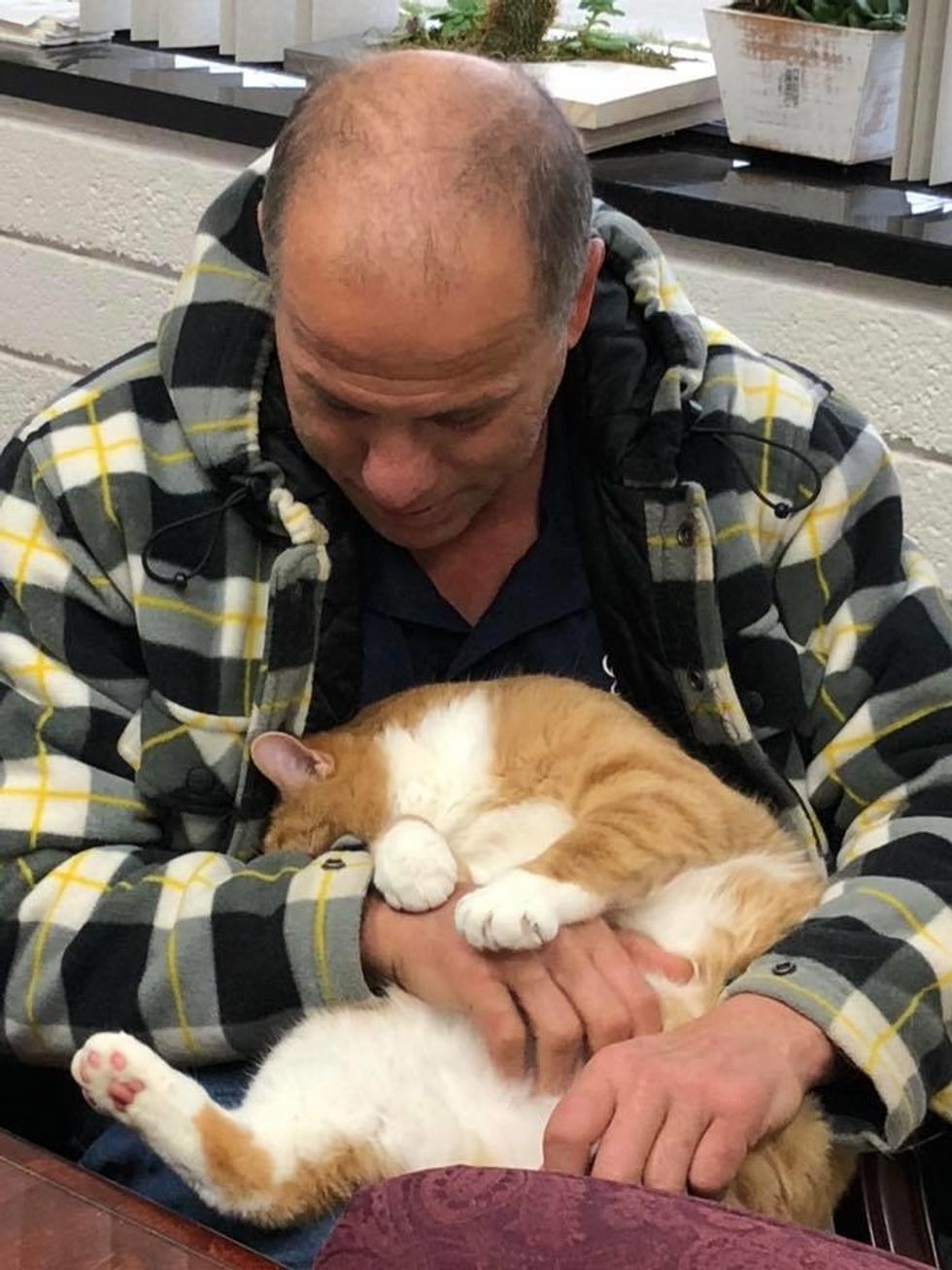 "Jacque is loved, spoiled and finally in his forever home with Liz and her family," Michigan Cat Rescue said. 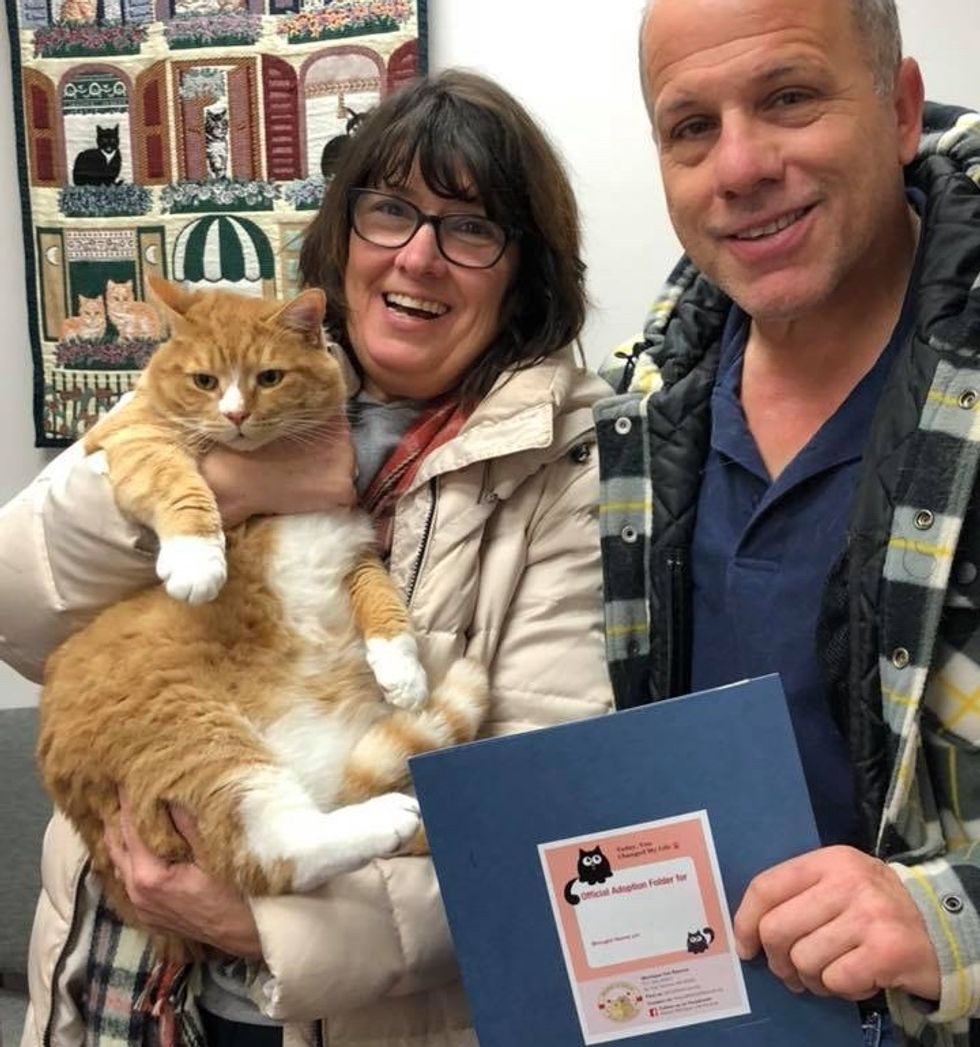 Jacque quickly settled in to his new abode, made his way onto a warm lap and did what he loves most - lots of cuddling.

After a long time waiting, the sweet kitty has found a loving home that he always wanted. 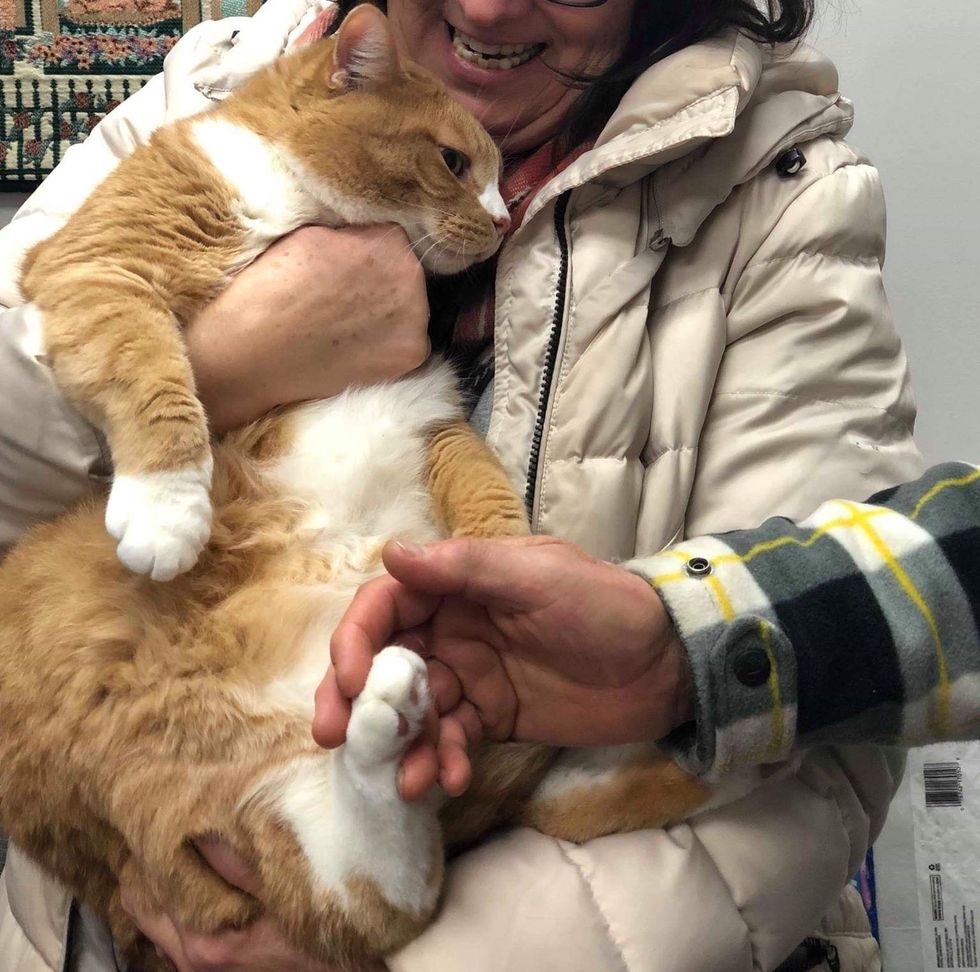 "He's doing very well and we just love him so much. He has a fur brother who is a little older that he has become quite close to," Liz said.

"The grand kids have met him and my soon-to-be 3-year-old grandson just sits and pets him and hugs him. He calls him Joe." 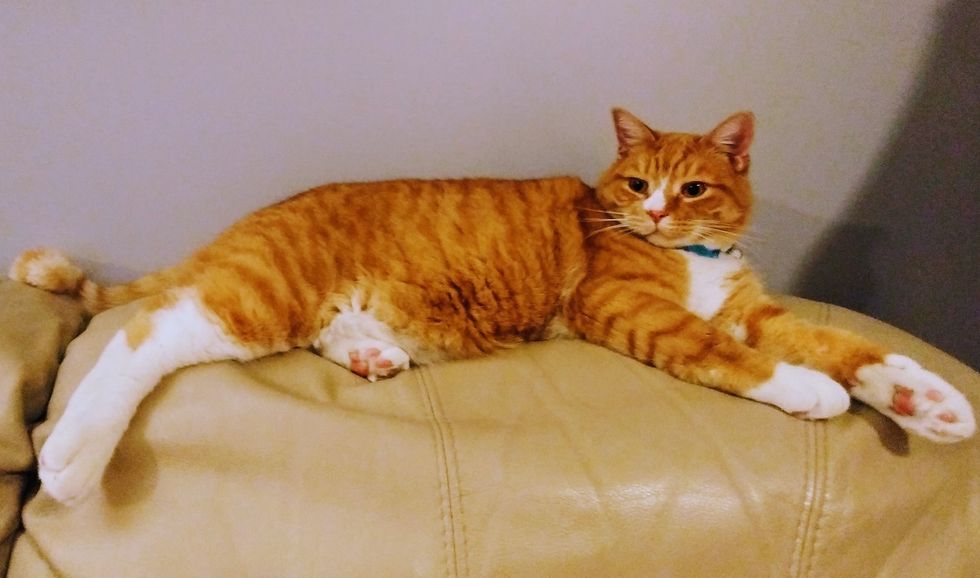