A couple bought a new home three months ago. When they first visited it, they noticed a shy kitty on the screened porch, hiding from them.

Turned out, the cat had lived there almost all her life. 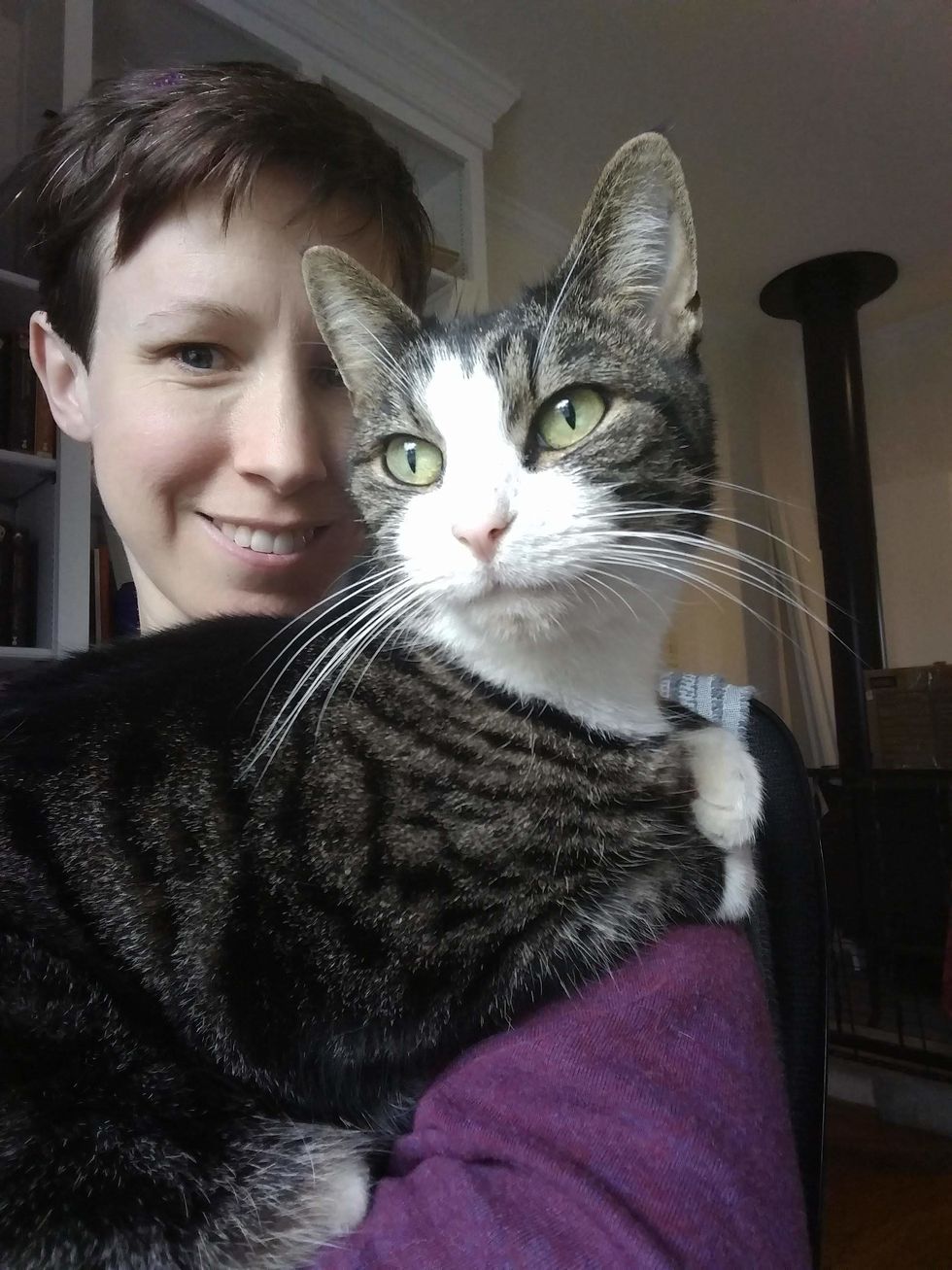 After Jane Pearson and her husband made an offer on the house, they went back for an inspection. That's when they learned about the cat that came with the home.

The previous homeowner, 89, told them that the 8-year-old cat was going to the county shelter but joked that he could include her in the house purchase. "Sensing that he was actually serious, there was only one acceptable solution for me," Jane told Love Meow.

"I immediately looked at my husband and said 'She can't go to the shelter. We have to keep her.' My husband has a heart of gold, so of course he agreed."

The cat named Hidey was a kitten when she found the elderly man and his wife. She quickly bonded with his wife, and the two became inseparable. Hidey was well loved and cared for by the wife until she developed Alzheimer's Disease. 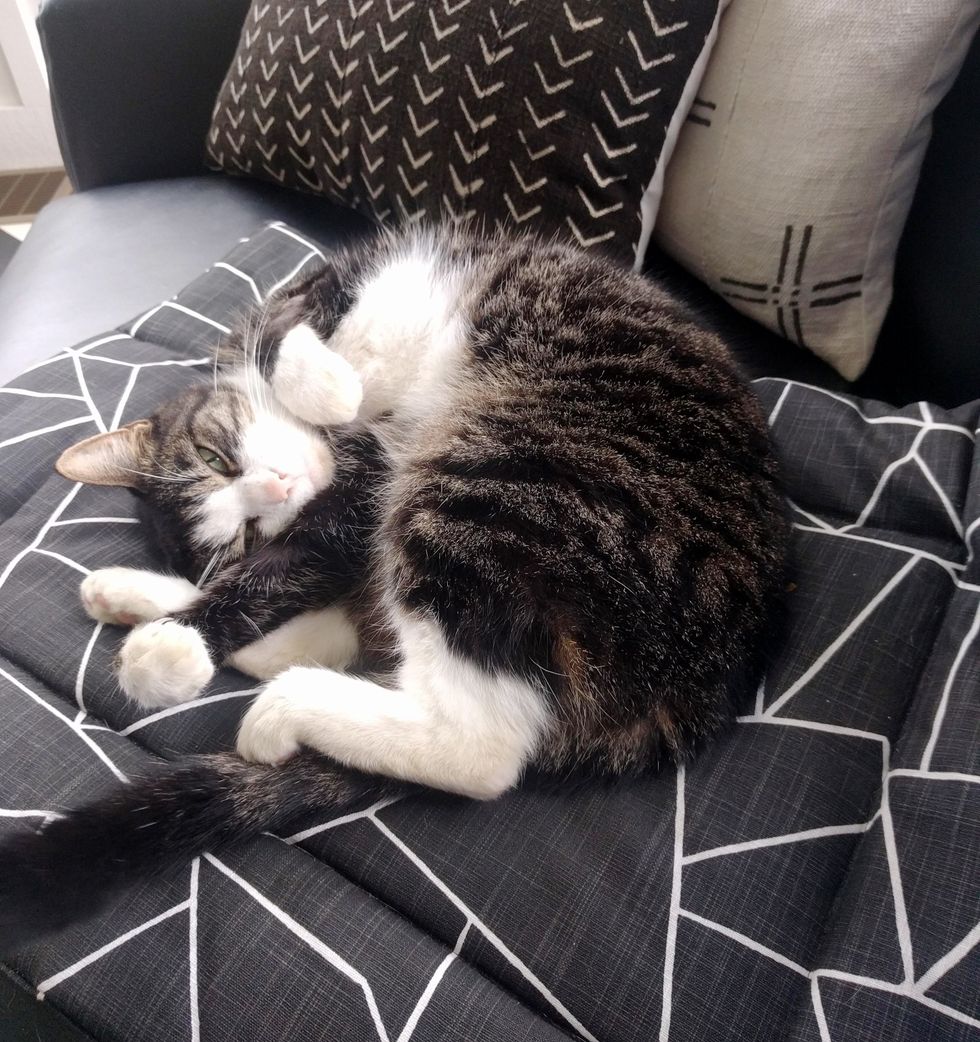 "She passed away eight weeks before we bought the house. She spent her last year in a nursing home, and her husband brought Hidey to visit her every day, where the cat would just sit with her and be petted. Hidey spent the rest of the time sleeping on the woman's old bed at the house.

"As we talked, It became apparent that she was really just the wife's cat, and the man missed his wife so much."

He was moving into a retirement home and couldn't take the cat with him. His children had tried to find her a new family but with no luck. 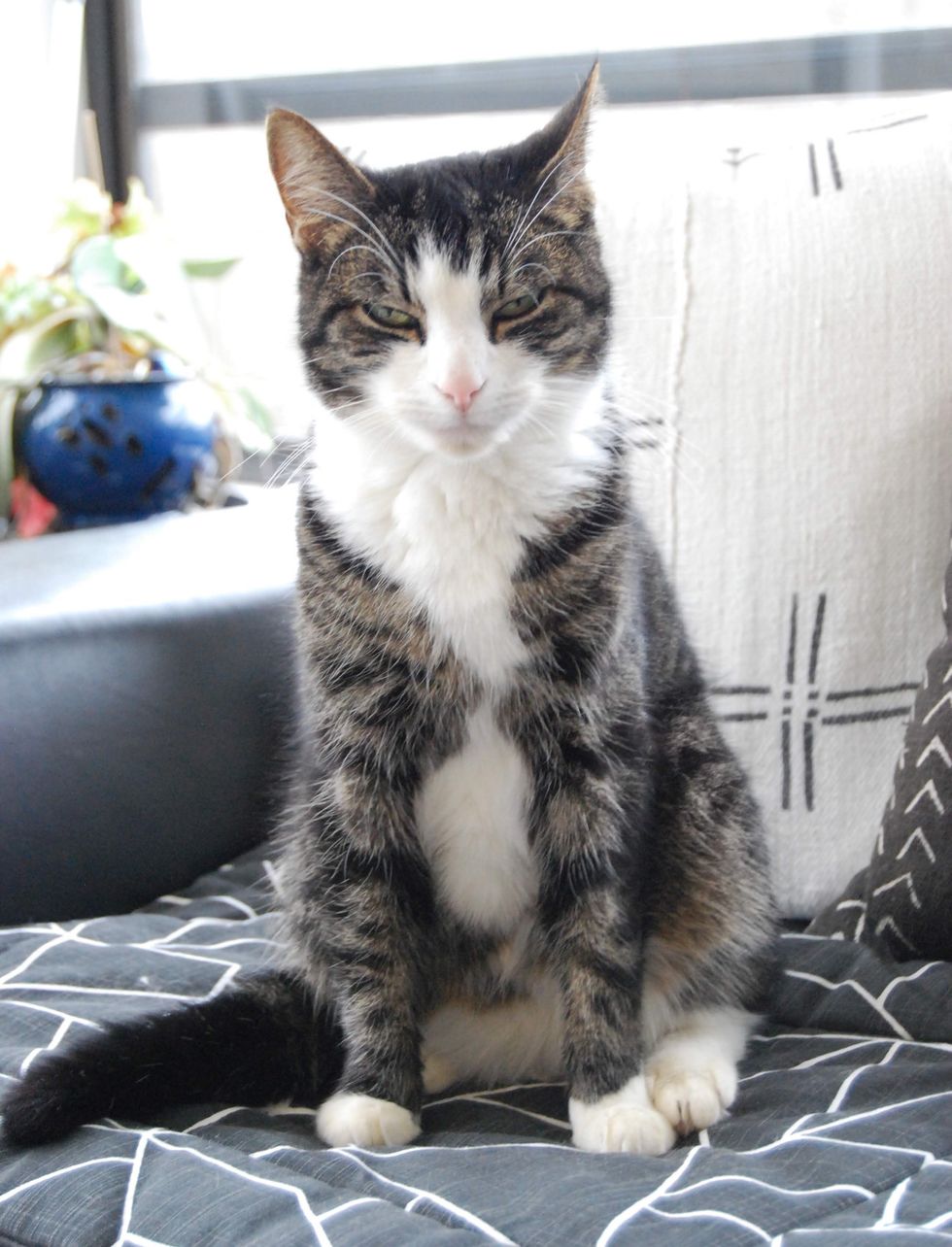 After their conversation, Jane was more convinced than ever that they were meant to find the home and the cat. "She had already lost her person; she shouldn't have to lose her home of eight years on top of that."

On move-in day, Hidey, who lived up to her name, took refuge in the ceiling of the screened porch. It took her several days before she mustered enough courage to see Jane. 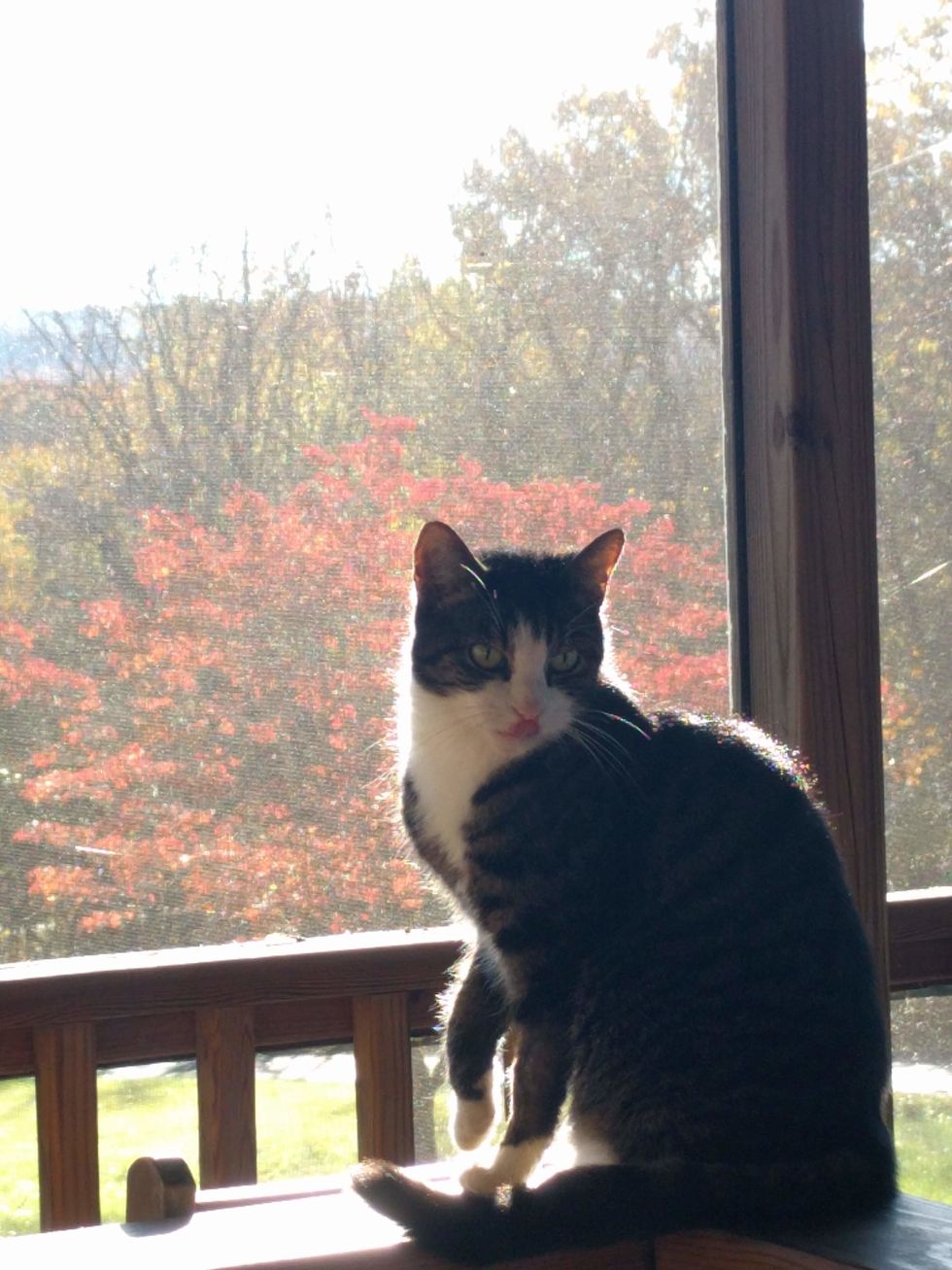 "Eventually I climbed up and lifted her out of her pocket in the rafters, because I was concerned she wasn't eating enough. She growled a bit, but never actually bit me. We took it slow, and tried to give her space as she slowly adjusted to the onslaught of new everything in her home," Jane told Love Meow.

Their other cat, Aretha, 15 years old, didn't mind Hidey's presence. For several weeks, Hidey was not pleased with sharing her home with another cat. 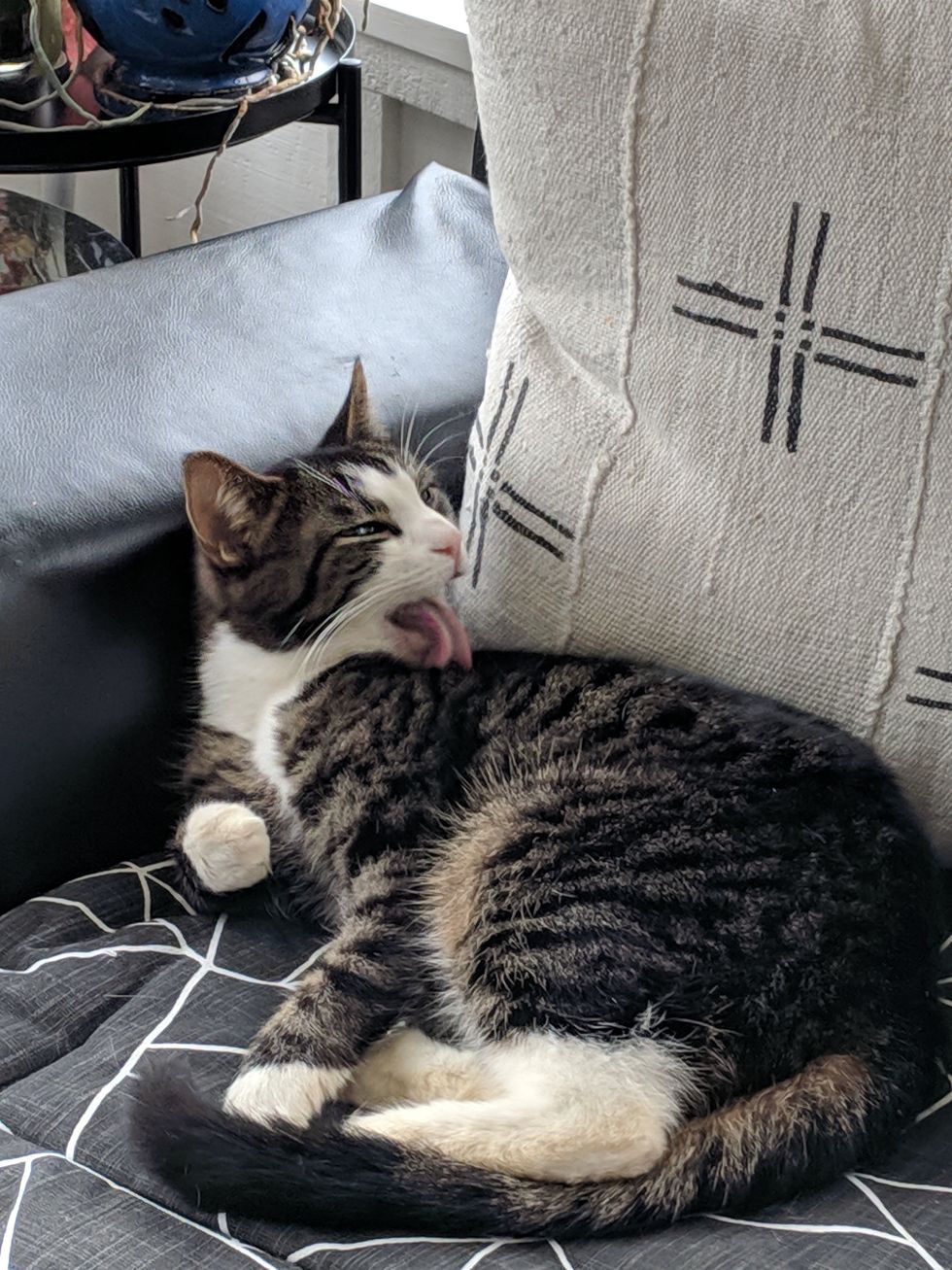 "Fortunately, the house is very long, and they settled on a sort of half-and-half split of the space during the daytime. And, oddly enough, Aretha (who likes to hide under furniture) is spending more time out and about in the home - almost like having a cat sibling has brought her out of her shell again."

Their dog, Amber, was eager to meet Hidey and wanted to be her new best friend. "They are slowly adjusting, and the other night they shared a sofa together - albeit on opposite ends. But it was a true breakthrough that Hidey didn't fly out of the room when Amber cautiously climbed up." 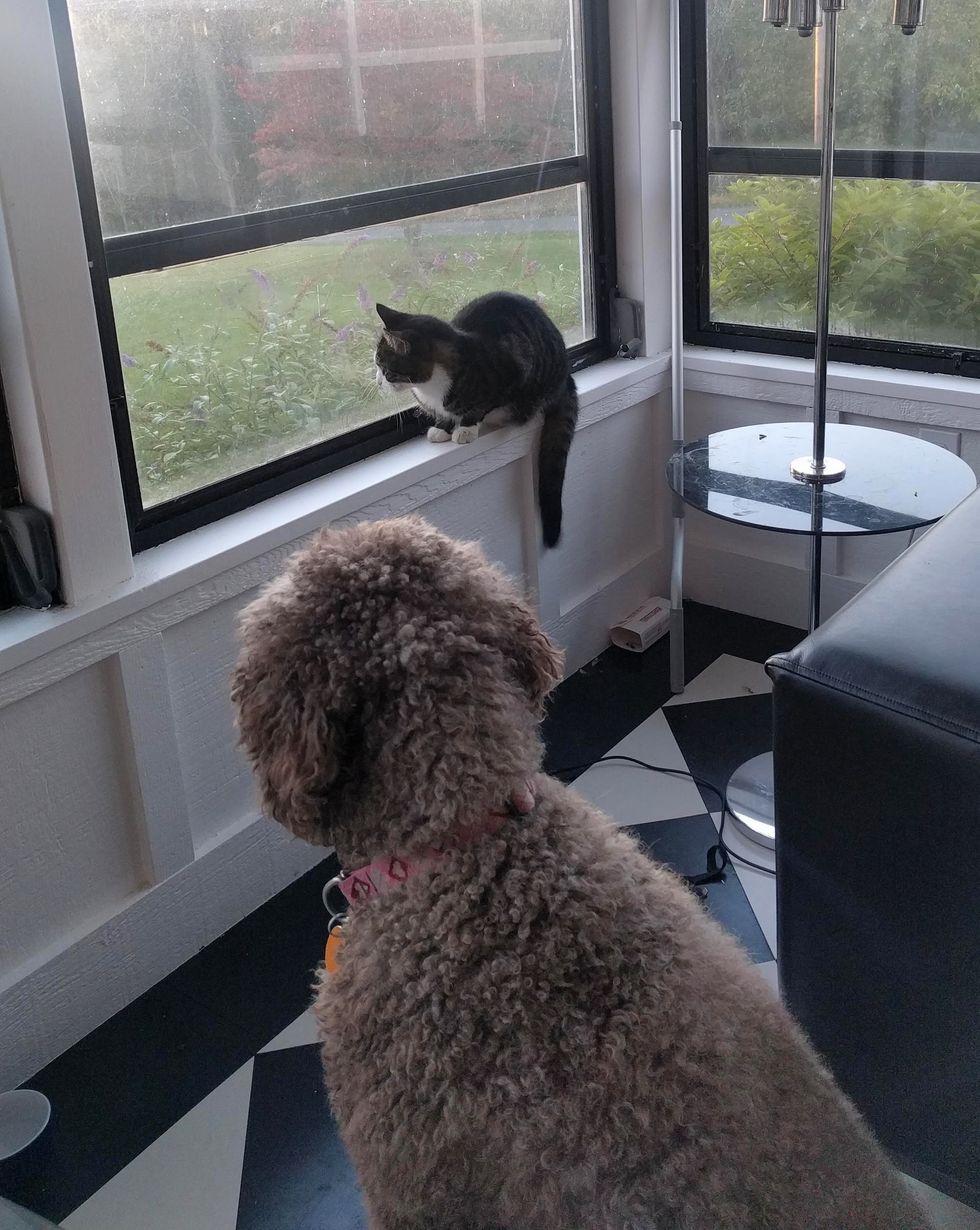 But the most excited family member of all was their young daughter, who has a soft spot for cats like Hidey.

"We talked to her a lot about Hidey's fears, and how much change the cat went through. We taught our daughter to always let Hidey sniff before petting her, and they are slowly becoming friends," Jane said.

Near the end of the first month, Hidey decided she would sleep on the daughter's bed every single night, and they have been nap buddies since. 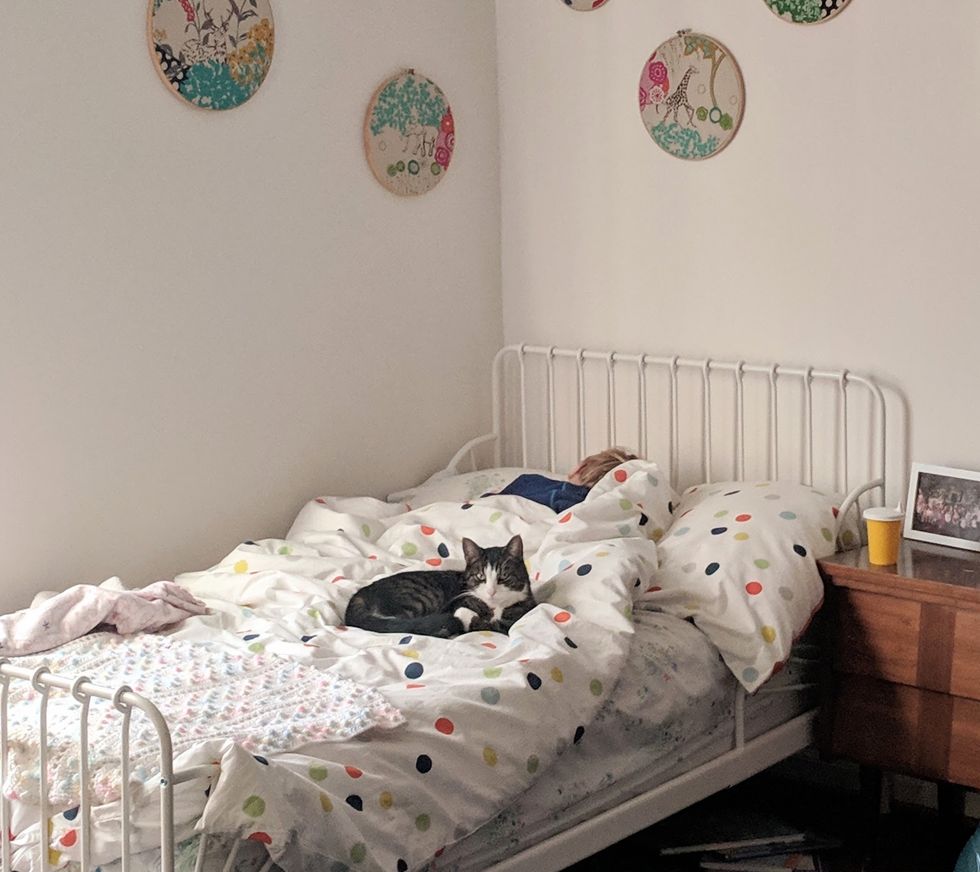 "Hidey has also warmed up to my husband, and I can't help but smile every time she curls up next to him on the sofa and starts rumbling with little contented purrs.

"(A few weeks ago,) Hidey played with us for the first time. I took that as a sign that she's finally feeling more comfortable and really coming out of her shell." 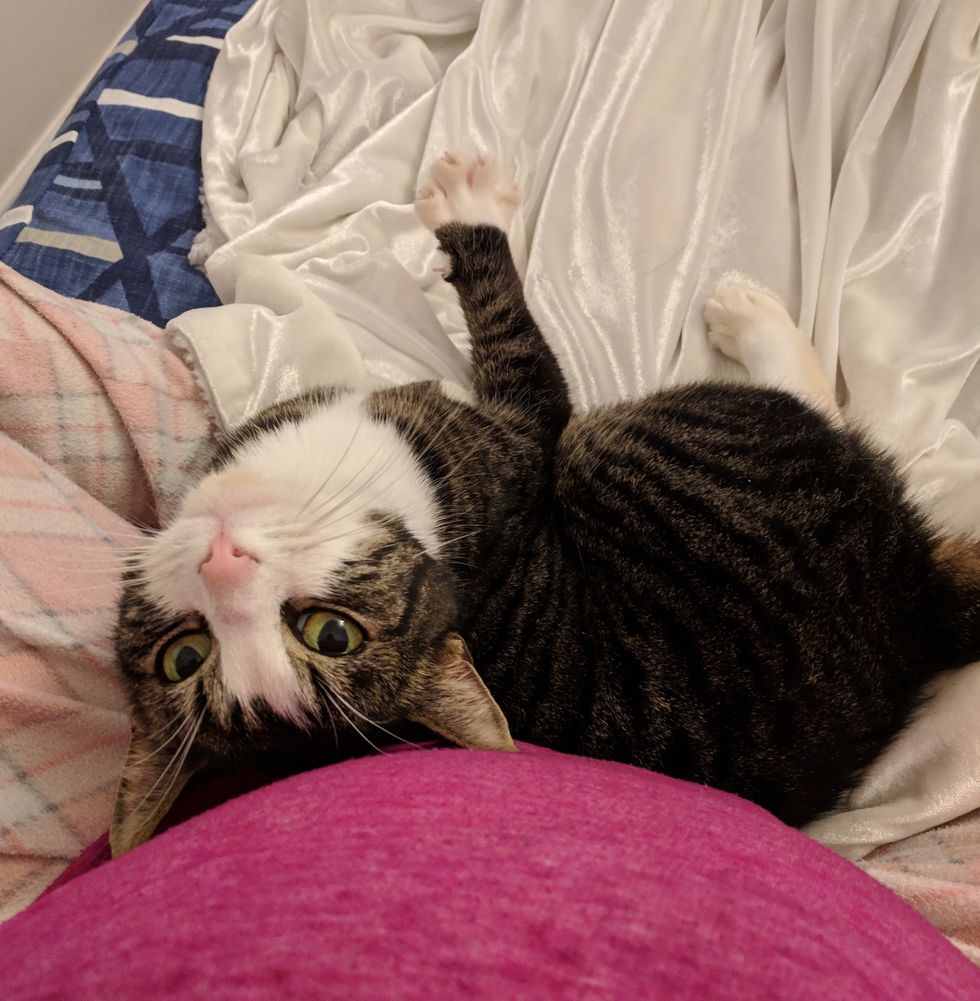 The sweet tabby has grown to adore her new family, and she couldn't be happier to be loved again.

"I often think of how relieved I am that we found Hidey's home," Jane told Love Meow. "(Now,) when I'm working at my desk, Hidey will come over to me and give a little mew, asking to be let into my lap." 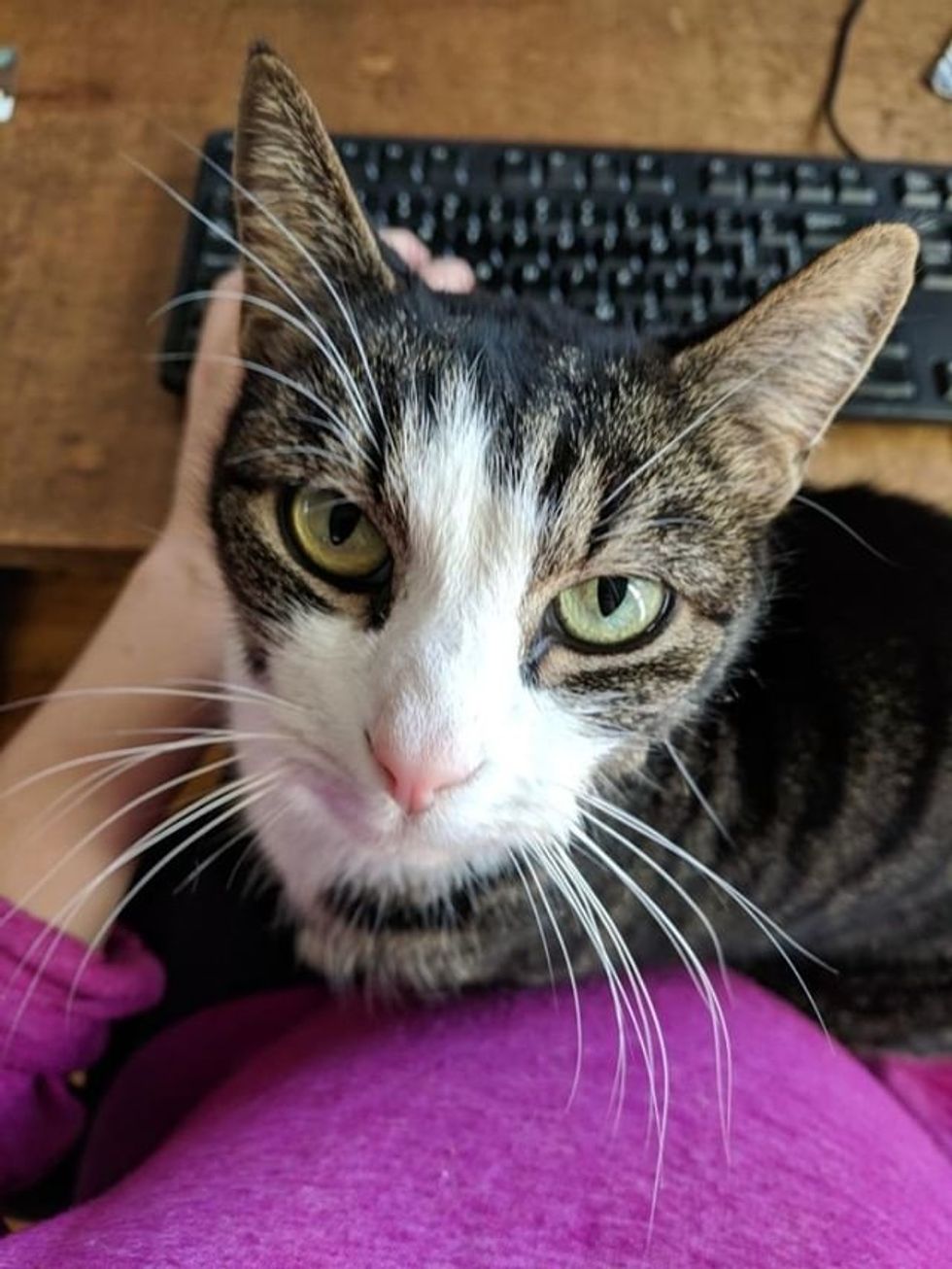 Related story: Woman Moved into New Home and Found Cat Outside, the Kitty Kept Coming Back