A woman visited her local shelter in the hope of adopting a cat.

"I asked which cat had been there the longest, and came home with a deaf, toothless, senior lovebug." 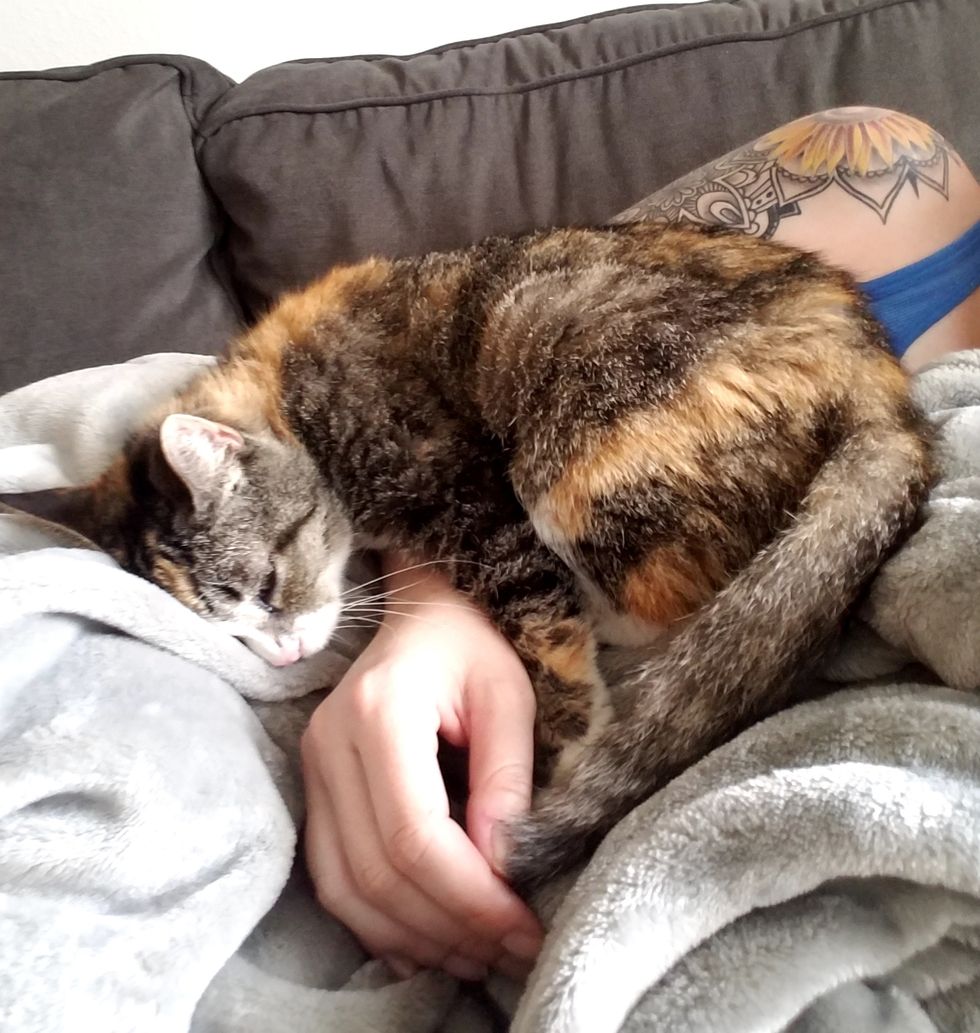 Bridgid Staub from San Antonio, Texas came home after a monthlong treatment earlier this year. As she began her new chapter in life, she felt something was missing. "I felt incomplete. After a lot of thought, I decided to go down to my city's animal services shelter to see if I connected with any of the cats," Bridgid told Love Meow.

When she arrived at City of San Antonio Animal Care Services, she walked up to the staff and inquired about a cat that had been there the longest. "The lady instantly pointed out Cali to me."

Cali was brought to the shelter as a stray. She was found completely deaf and estimated to be a senior based on her few remaining teeth. 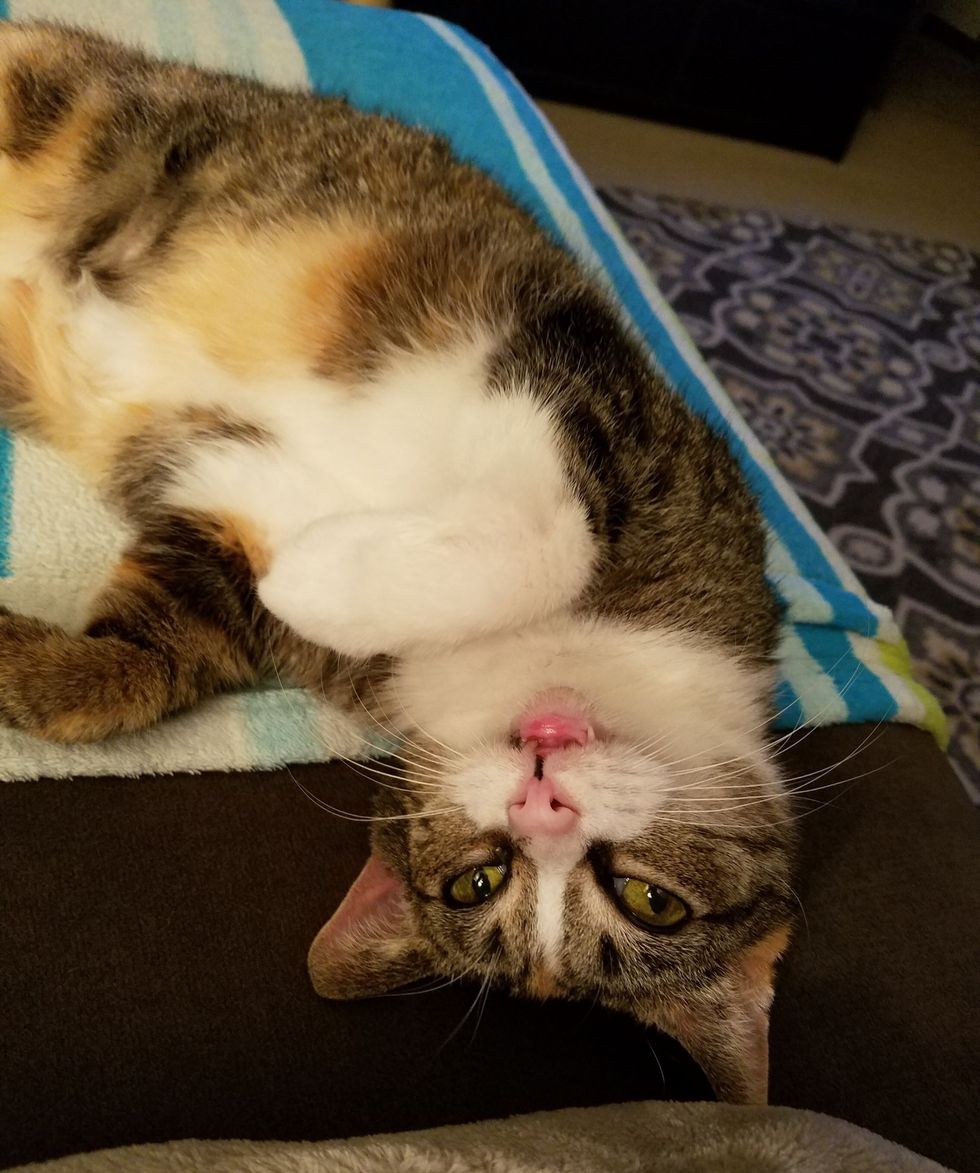 "She was a beautiful calico cat with huge green eyes. When she was let out of her cage, she immediately let out a very loud and different sounding 'meow.' This made me smile for the first time in a while," Bridgid told Love Meow.

The kitty went straight to the sink and meowed until Bridgid turned on the faucet. "After she got her sip of water, she focused her attention on me. She headbutted my hand until I pet her and then she laid down and curled up, enjoying my scritches." 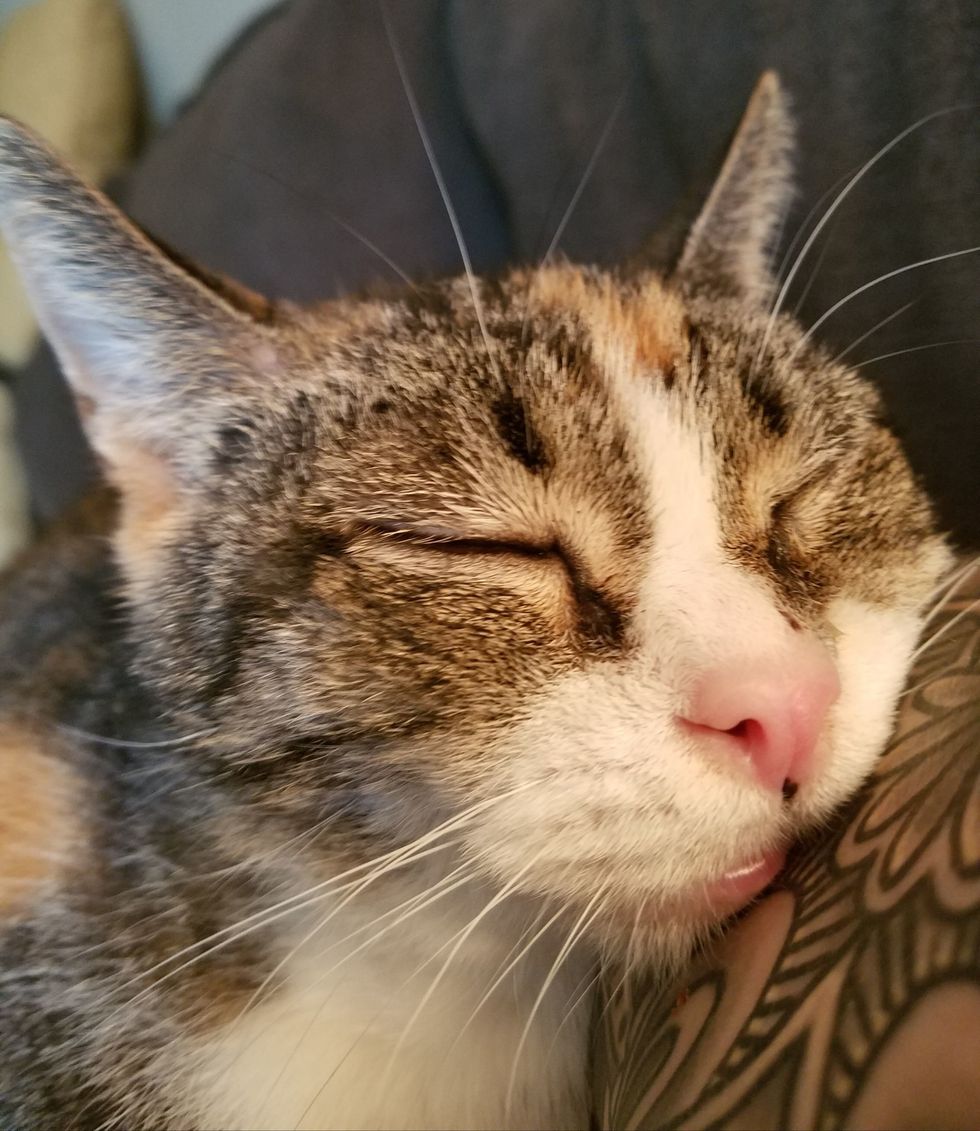 At that moment, Bridgid knew she had found the right cat. Cali who had lived a stray life, latched onto her human and purred up a storm.

A few days later, Cali left the shelter for good. "She didn't sleep at all the first night. She was so hyper-vigilant and anxious about her new surroundings," Bridgid said. "The next morning it was as if a light had been switched on. She curled up on my lap while I was on the couch and fell asleep." 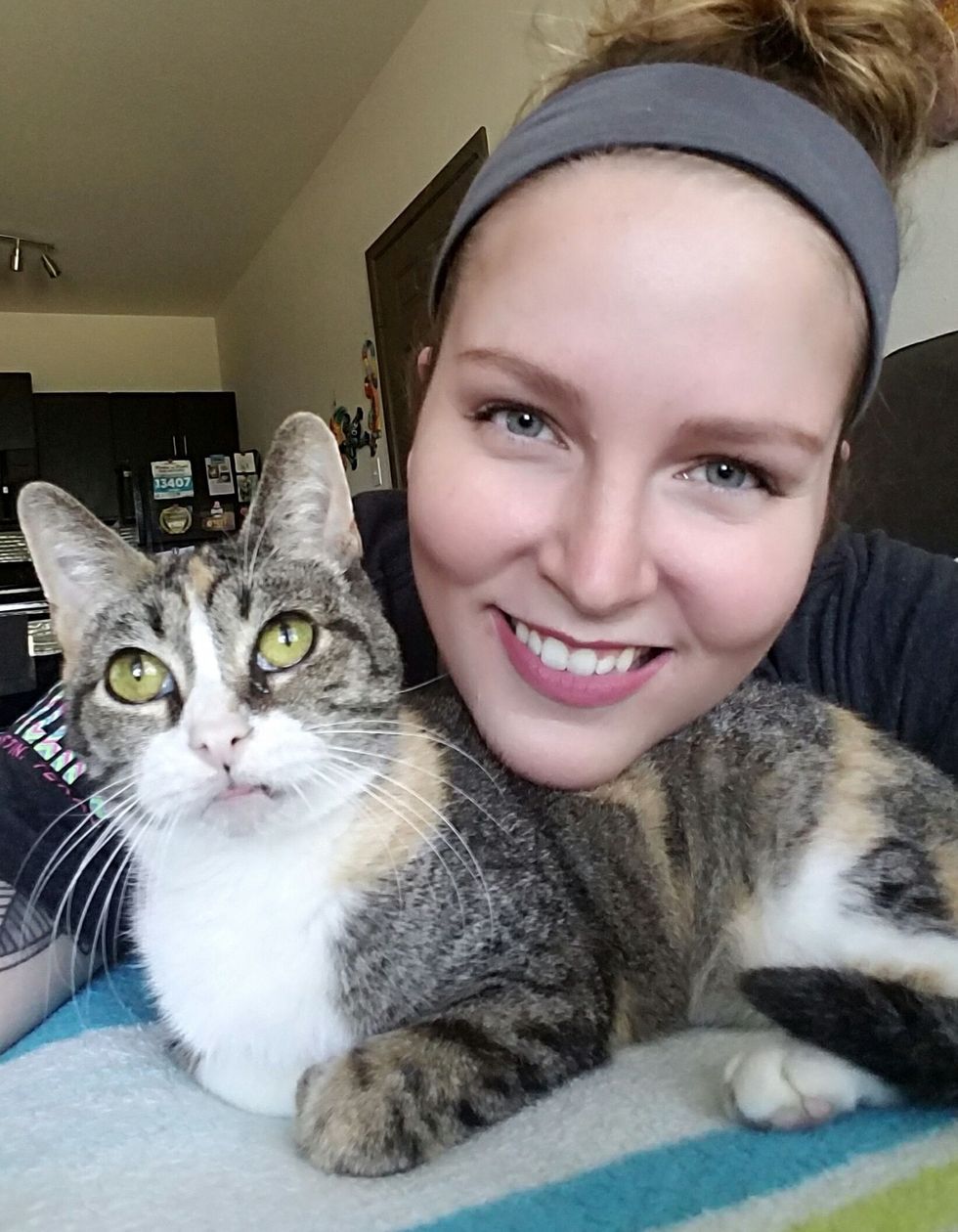 The sweet kitty realized that she was finally home. "Ever since then, she has slept through the night (right next to me and sometimes sharing my pillow) and has been the biggest cuddlebug," Bridgid told Love Meow.

This deaf, older cat has so much to give. 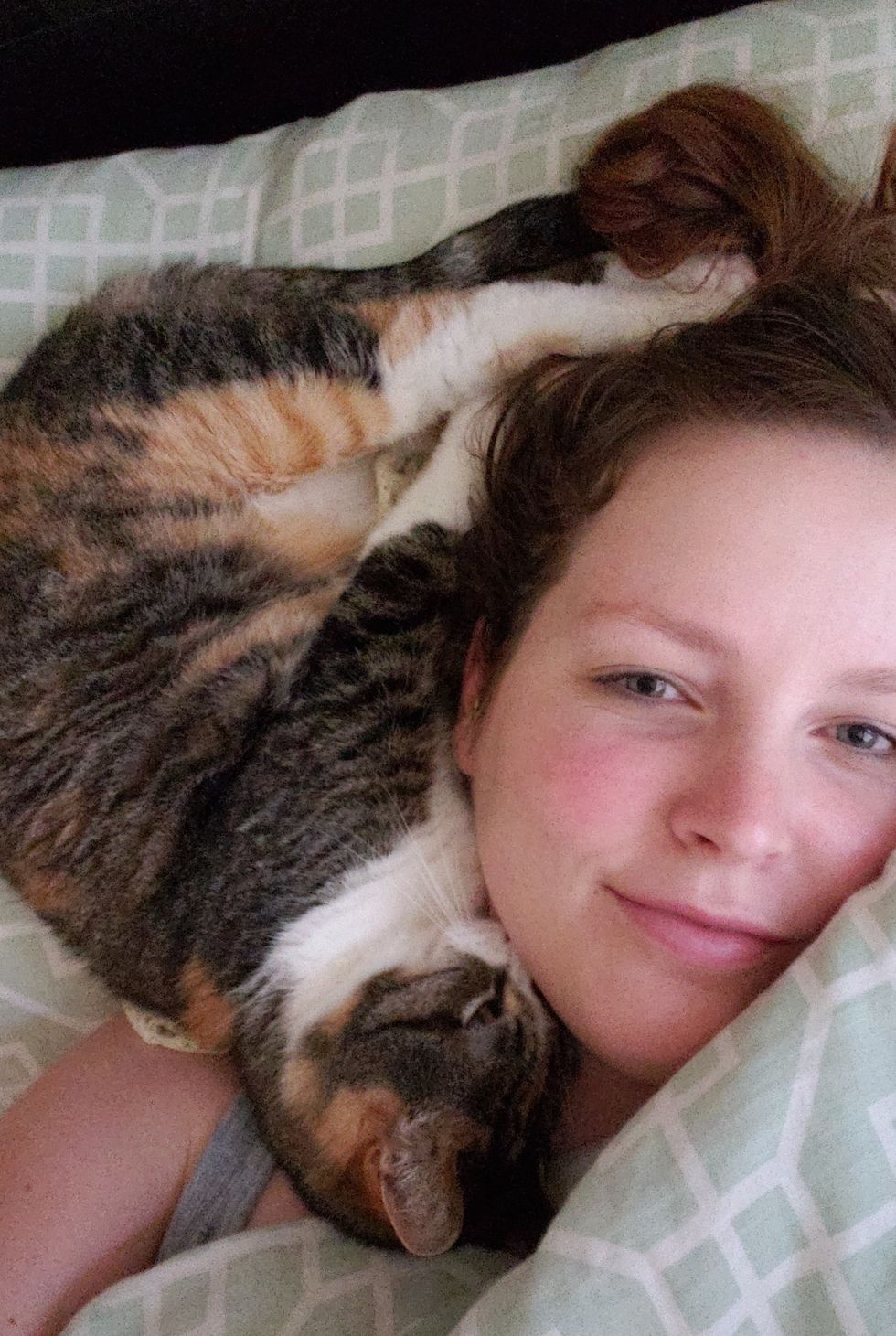 "She brings so much joy into my life and I am so thankful that I decided to adopt," Bridgid told Love Meow.

"This is so cliche, but so very true for me... I may have saved her life by adopting her, but she has very much saved my life as well!" 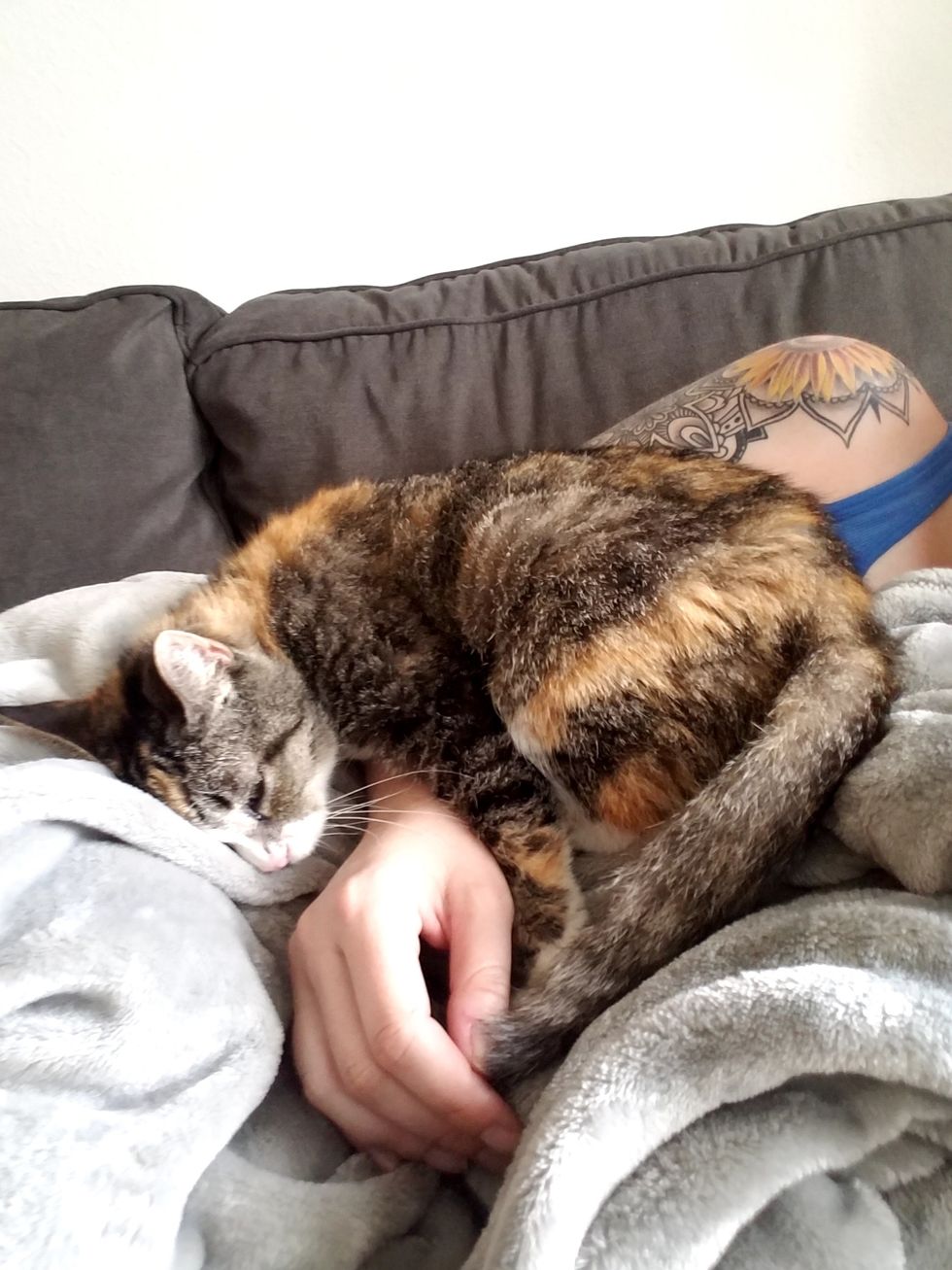