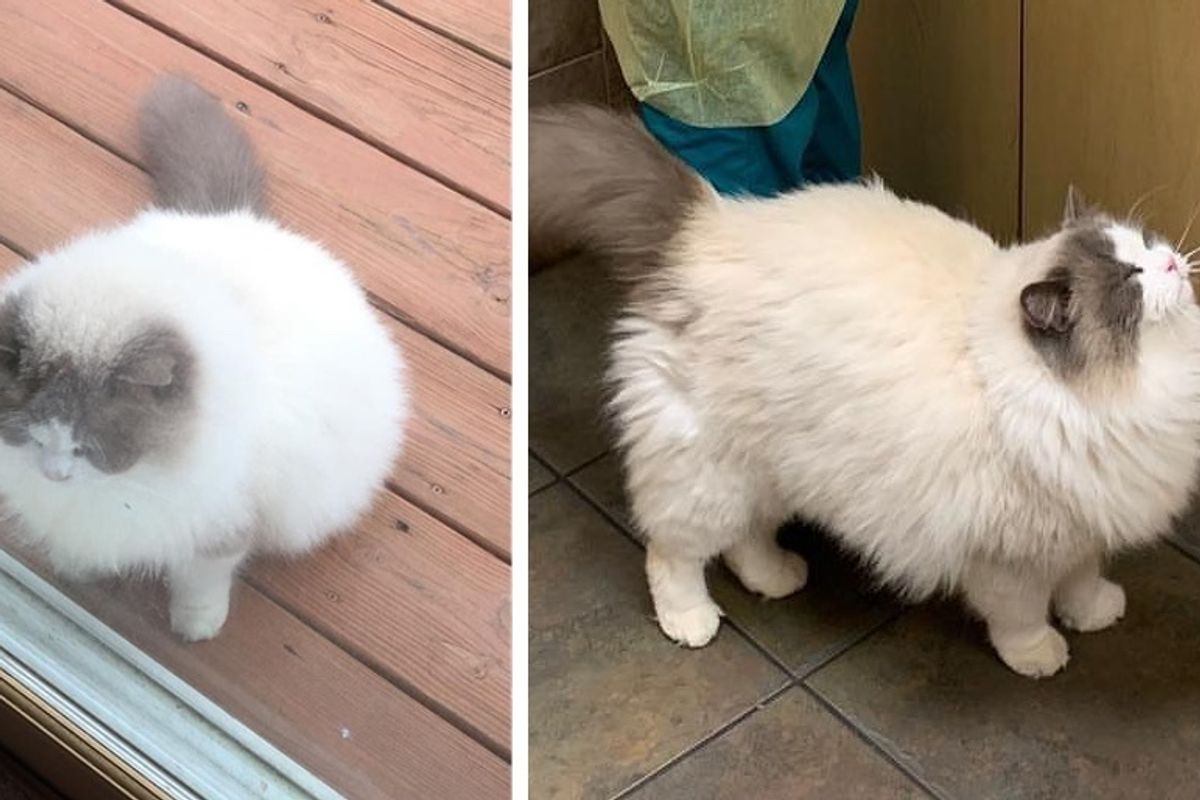 A cat found himself outside his own home after his family moved away and left him behind.

He wandered to a neighbor's house for food and found kindness. 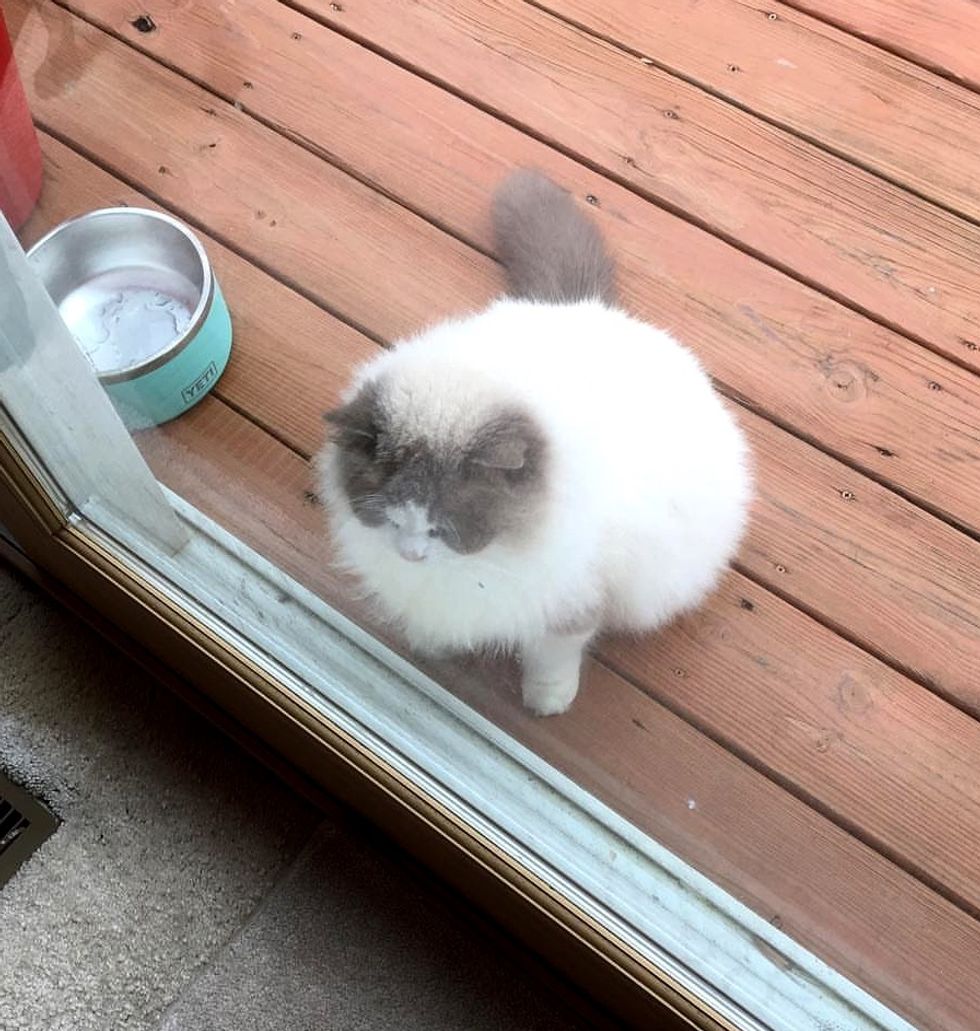 Debbie, a foster volunteer based in Virginia, was contacted about a cat that her coworker had been caring for. "She asked if I could help with a homeless neighborhood cat that she has been feeding. Of course, I said, 'yes,'" Debbie shared with Love Meow.

A family that lived on her street sold their home and moved away, leaving their Ragdoll behind. The cat began roaming the streets, going house to house for shelter and food. Eventually, he found his way to the kind woman who couldn't bear seeing him out alone.

"He has been outside to fend for himself since the fall. Here in Virginia, the winters are very cold, so luckily, he found shelter in my coworker's home." 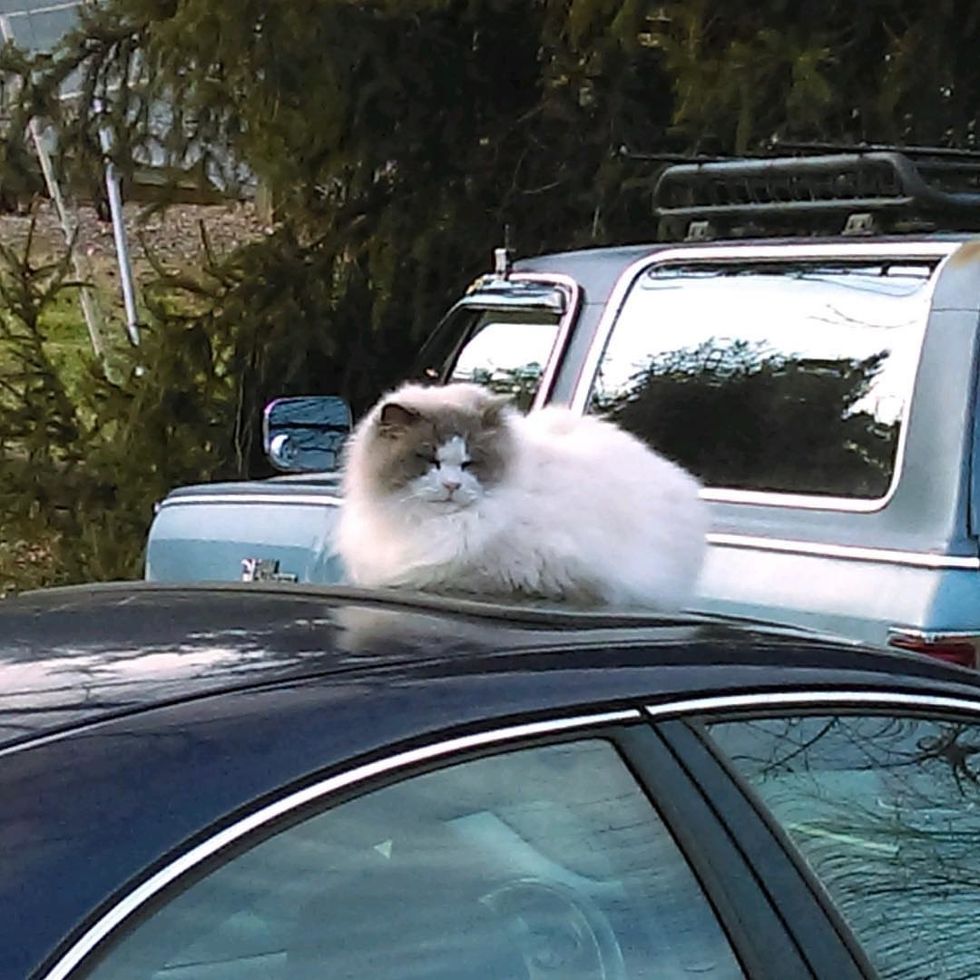 Since her husband is allergic, she turned her garage into a temporary home for the kitty and made sure that he was warm, fed and loved every day.

"He had a bed, heat lamp and water and food bowls. The cat followed her around like a puppy and he even liked to hang out with her pug dog." 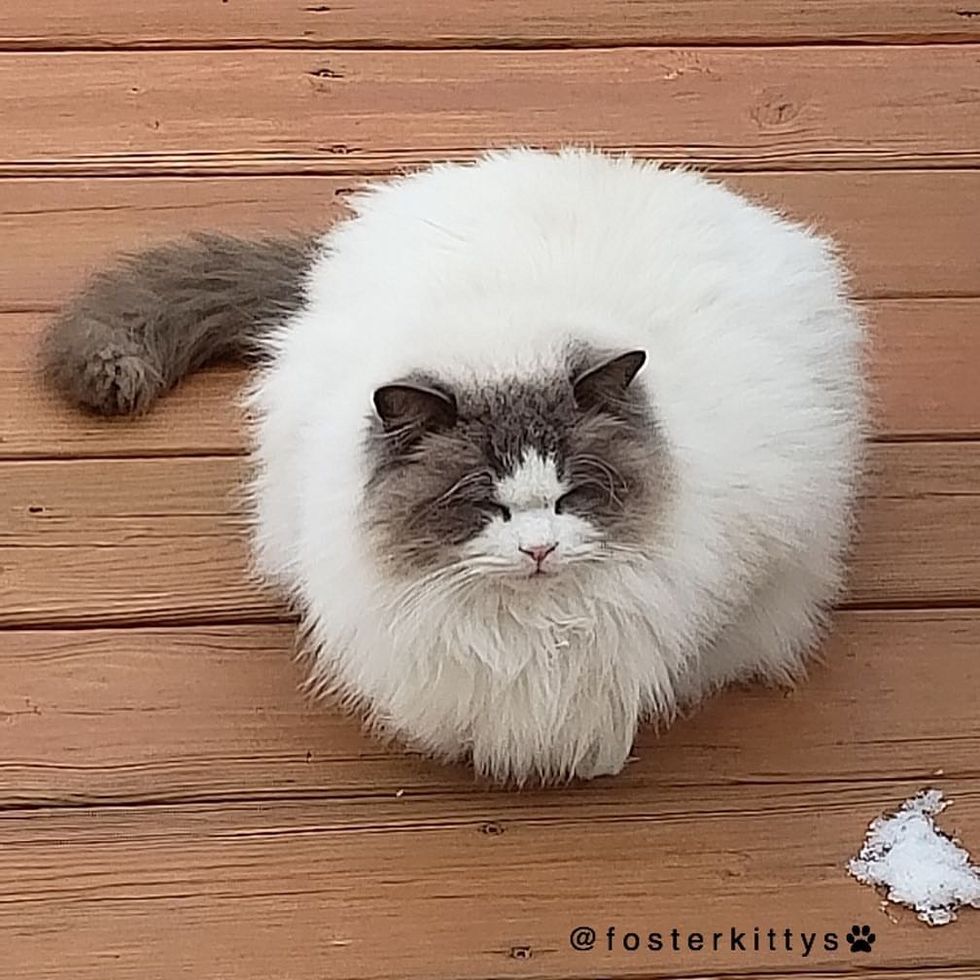 She wanted to help the kitty get more human contact and the run of a house, so reached out to Debbie for help.

Debbie picked him up last week and welcomed him in with open arms. "He is absolutely magnificent. His temperament is very sweet and docile, and he is confidently walking around like he owns the place already," Debbie said. 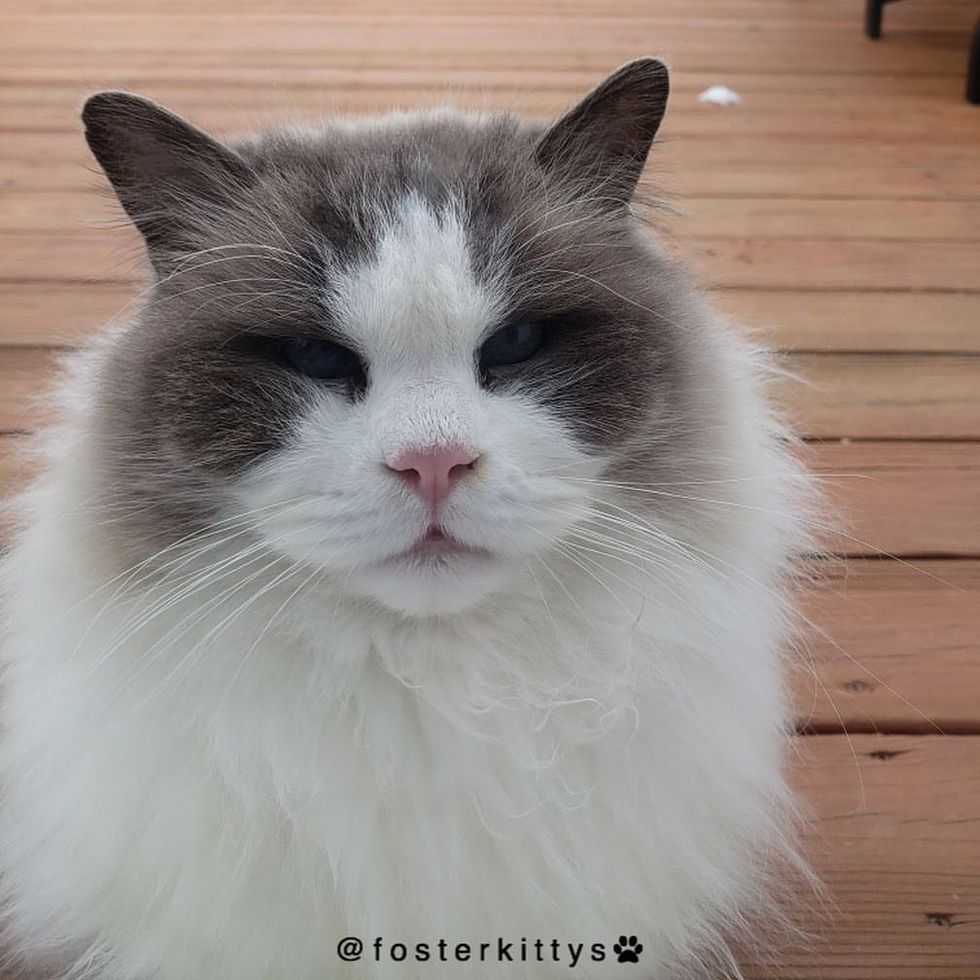 The regal cat is so pleased to have a roof over his head and warm laps to sit on. He is never far from his foster parents as he doesn't want to be alone any more.

"He is such a love bucket, a totally gentle giant. I named him Valentino since Valentine's Day is approaching (and he's such a lover)," Debbie told Love Meow. 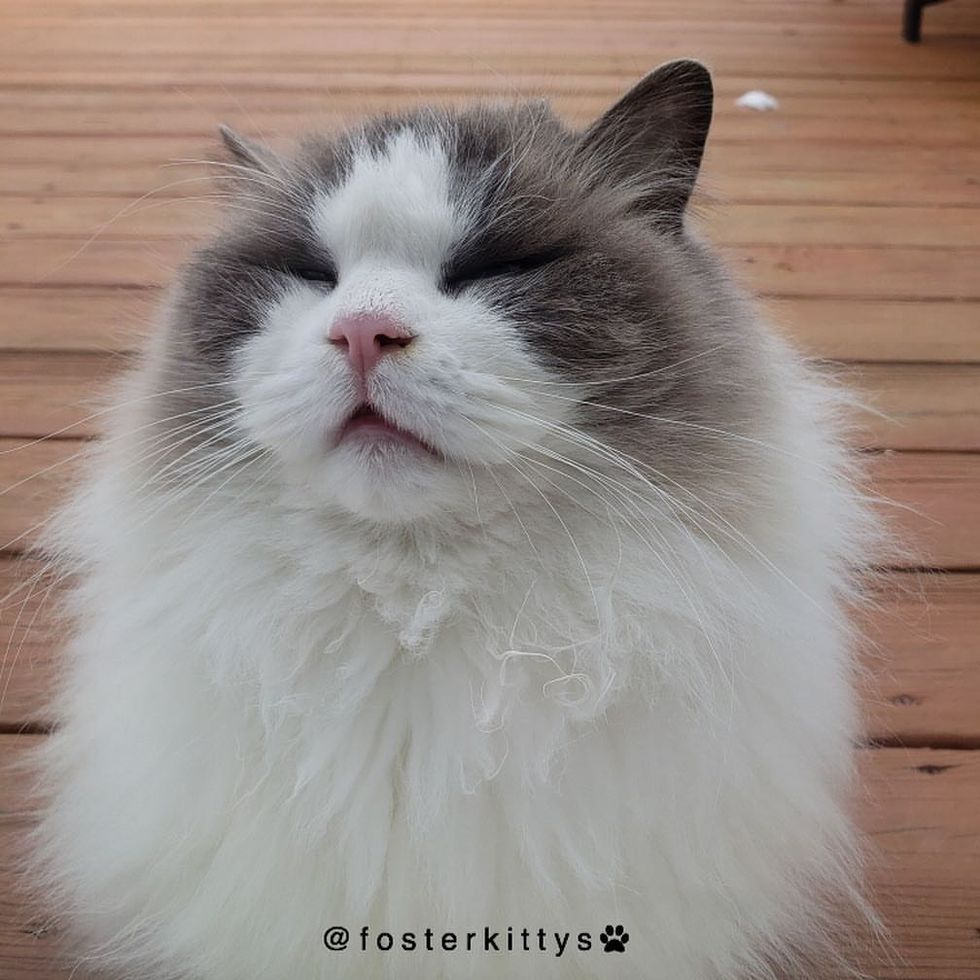 After roaming the streets for some time, he came down with an upper respiratory infection and had some matted fur on his coat.

"I made a vet appointment to get an exam, blood test, vaccinations and grooming." 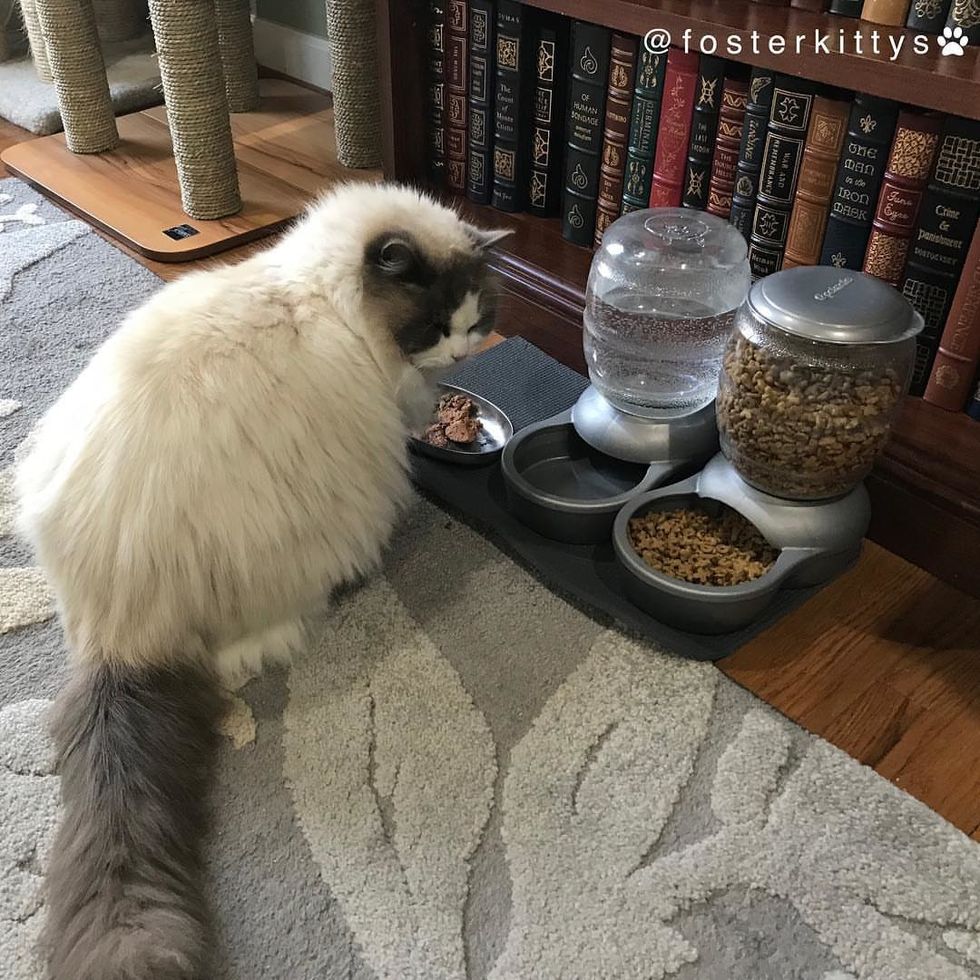 The vet estimated him to be around 2-3 years old. They removed the matted areas to give him some relief, and started him on an antibiotic to help him fight the kitty cold.

"He greeted and rubbed on everyone and just purred away. The staff gushed over him!" 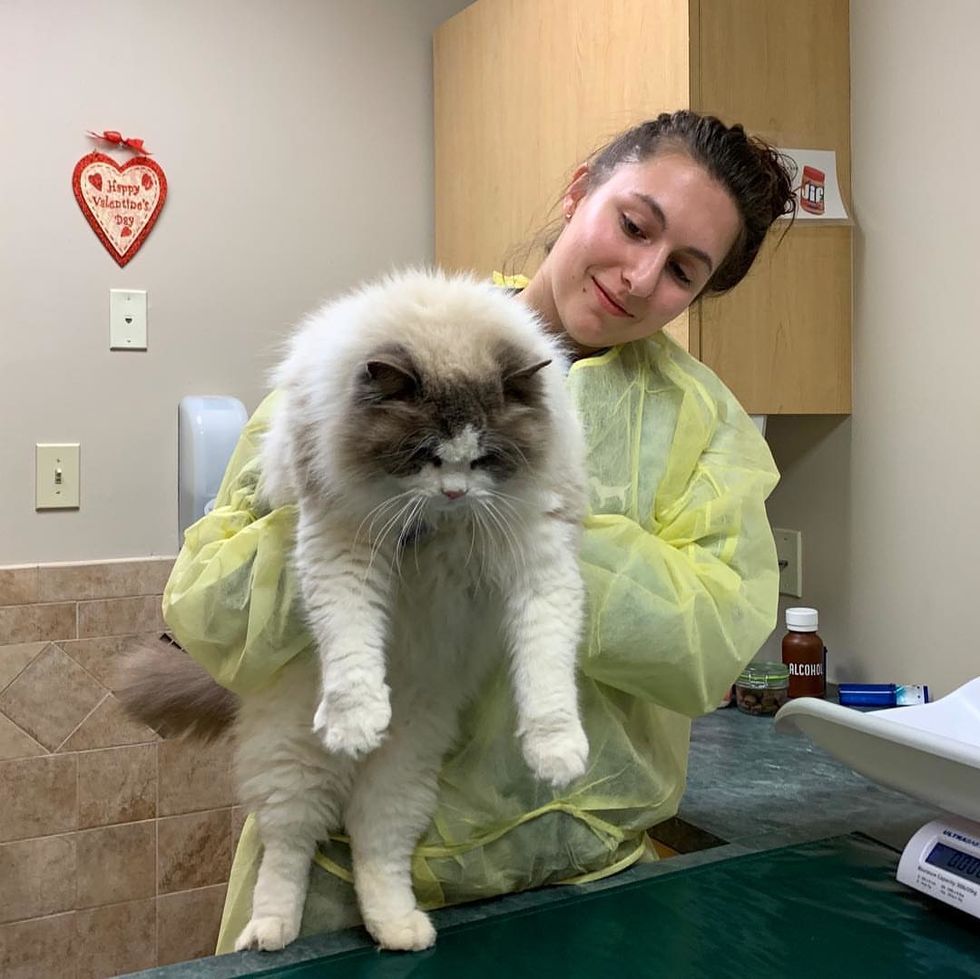 Valentino snuggled up to everyone he met at the clinic and even tried to offer some "help" while they were on the computer.

He's truly living up to his name. 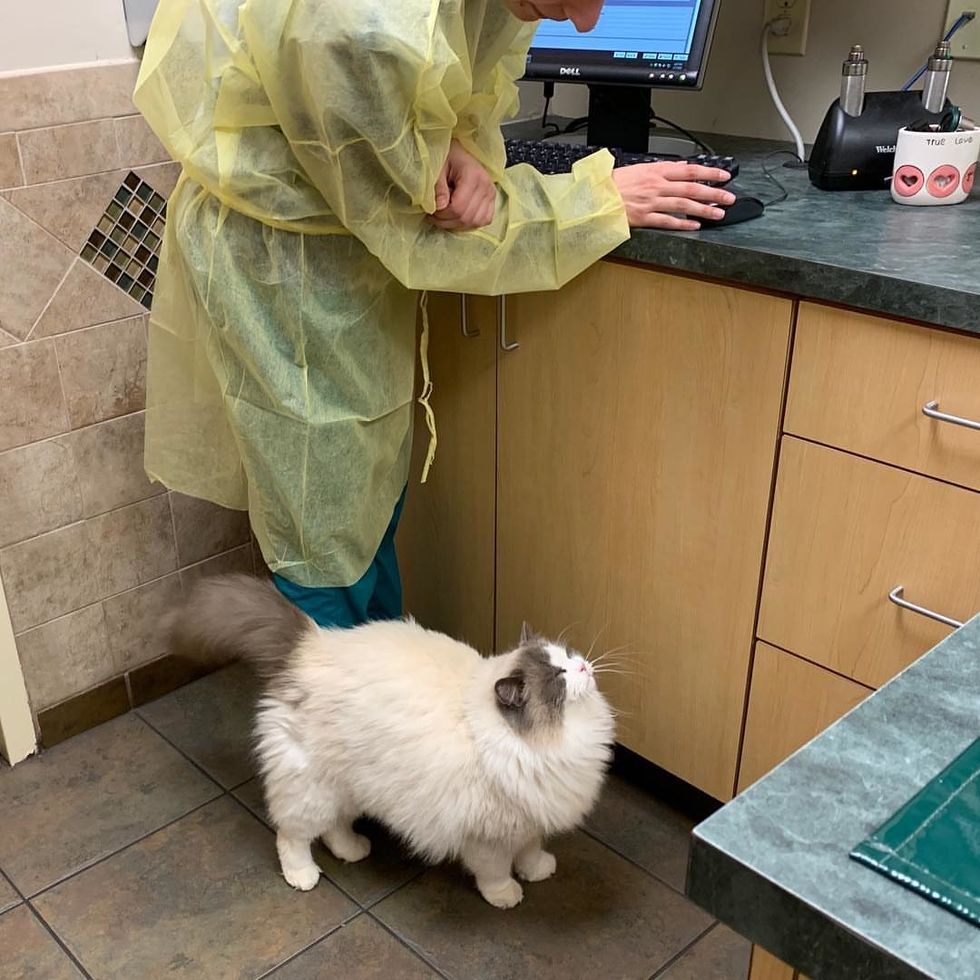 The kind neighbor took the sweet kitty off the streets so he could get a chance at a better life.

"He deserves a happy life and I'll make sure he gets it!" 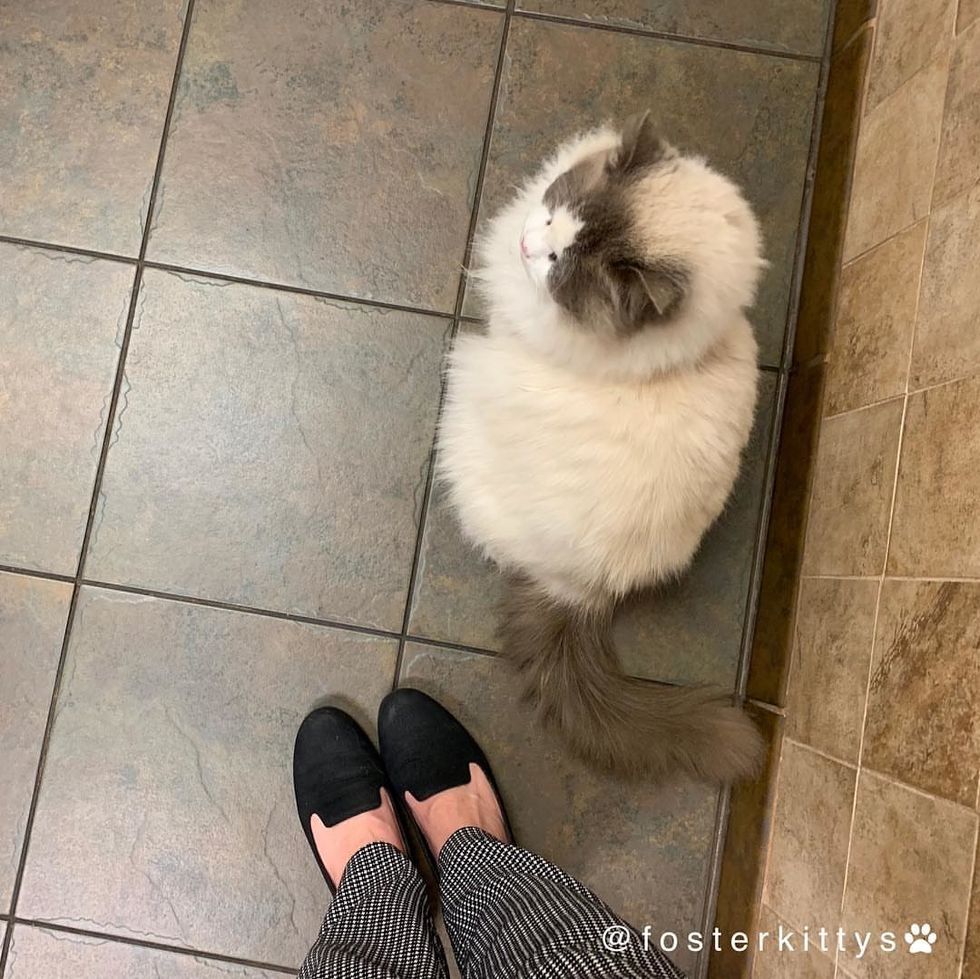 Related story: Cat Brings Flowers to Neighbors From Her Garden Regularly Since Spring