Cat Brings Flowers to Neighbors From Her Garden Regularly Since Spring

A friendly cat named Willow surprised her neighbors when she carried a beautiful pink flower and offered it as a gift during one of her frequent visits. 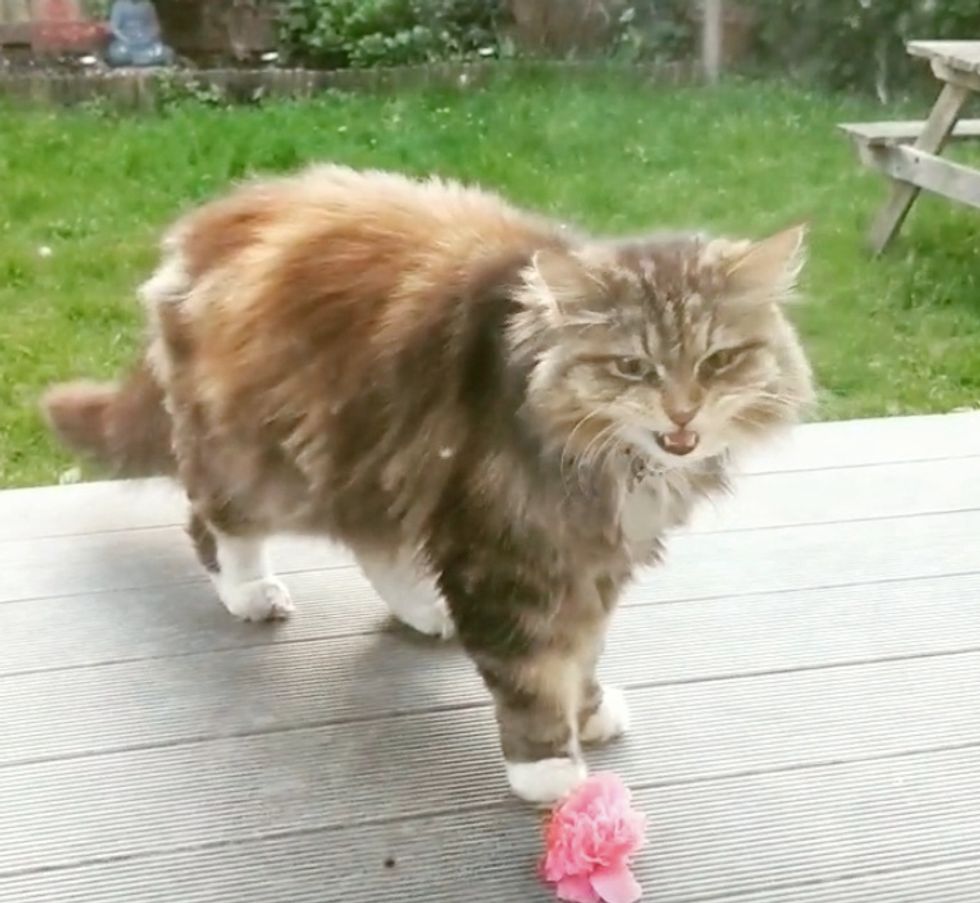 "Willow rules over about six of the gardens, and I'm pretty sure she gets fed by everyone because she's very difficult to say no to."

Soon after Rosie settled into her new home, she was surprised to find a kitty sleeping in the hallway like she owned the place. Willow would meow incessantly until the neighbors opened the glass doors to let her in for a mandatory cat nap. 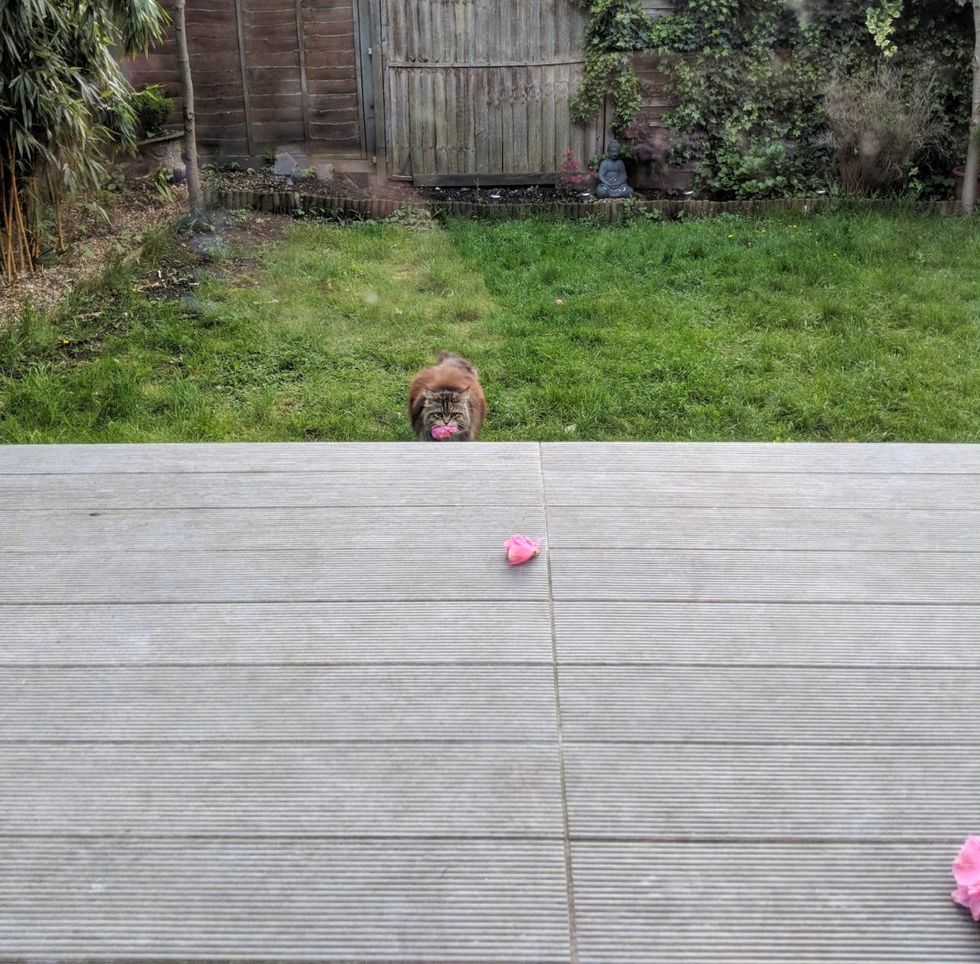 Some tenants keep cardboard boxes and cat food/treats around the house just for Willow.

The friendly kitty loves playing and craves affection from all her neighbors. 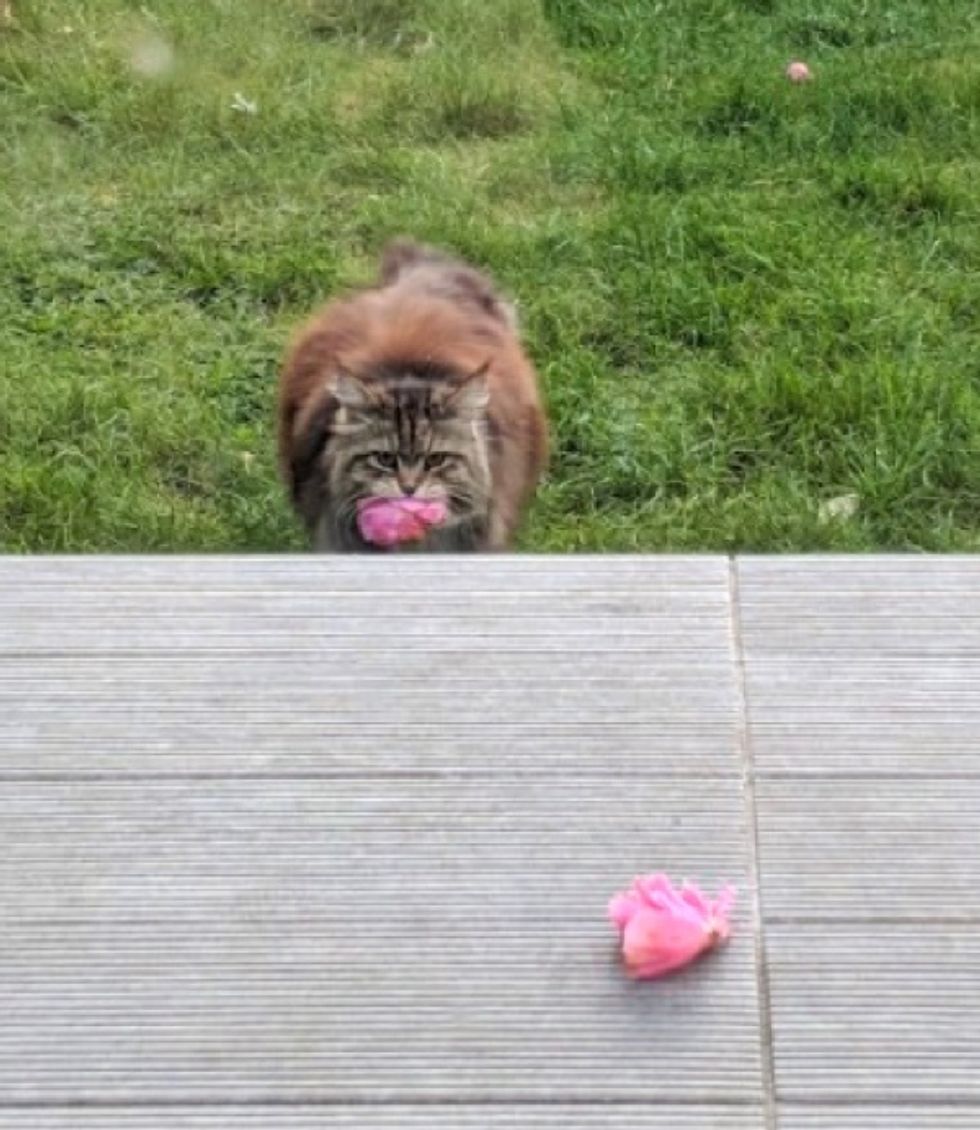 Since early Spring, Rosie has been noticing pink flowers in the garden.

At first, she assumed it was just wind until one of her housemates told her that she saw Willow with a flower in her mouth. 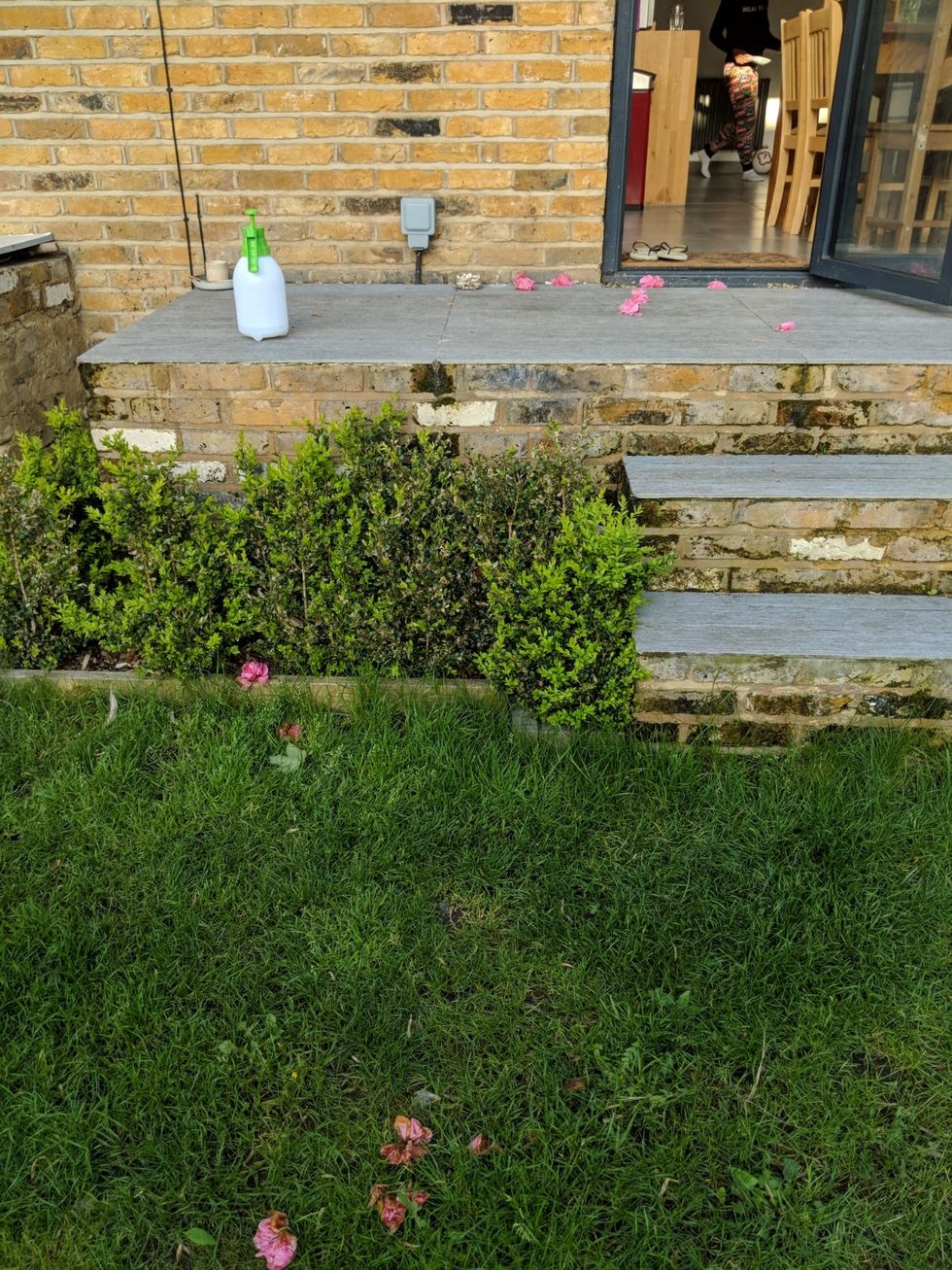 "I'd never seen her with then before, but for the past few weeks now there's been a new little flower on the deck every couple of days," Rosie told Love Meow.

As days went by, the number of flowers accumulated. They were strewn all over the deck like a romantic setting. 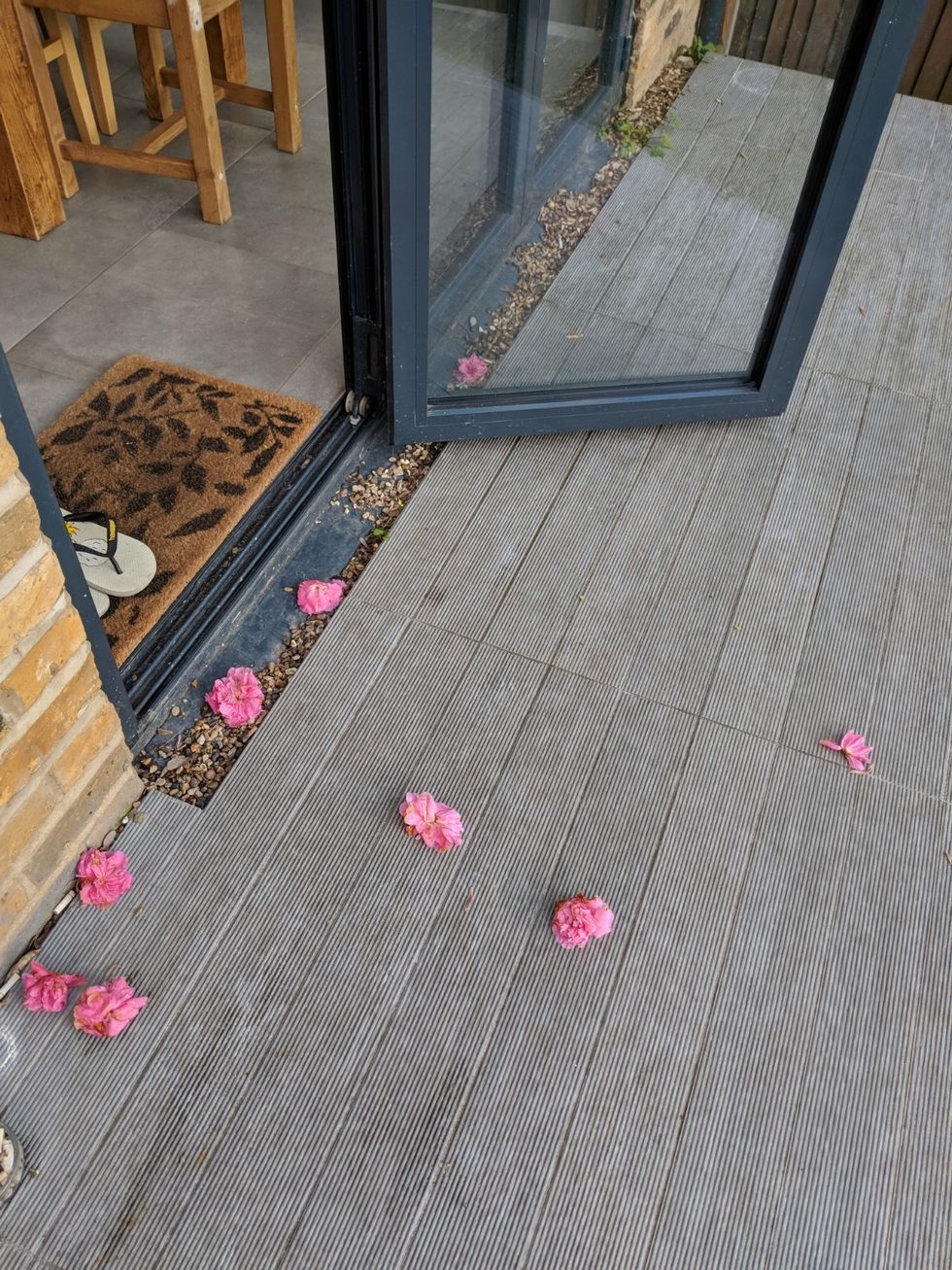 "For a while, It was just a legend that it was her until yesterday when I was cooking and spotted her jumping down with a pink flower in her mouth," Rosie told Love Meow.

"I was so excited that I went to film it because she's so cute and I'd never seen a cat ever bring back anything but dead animals before." 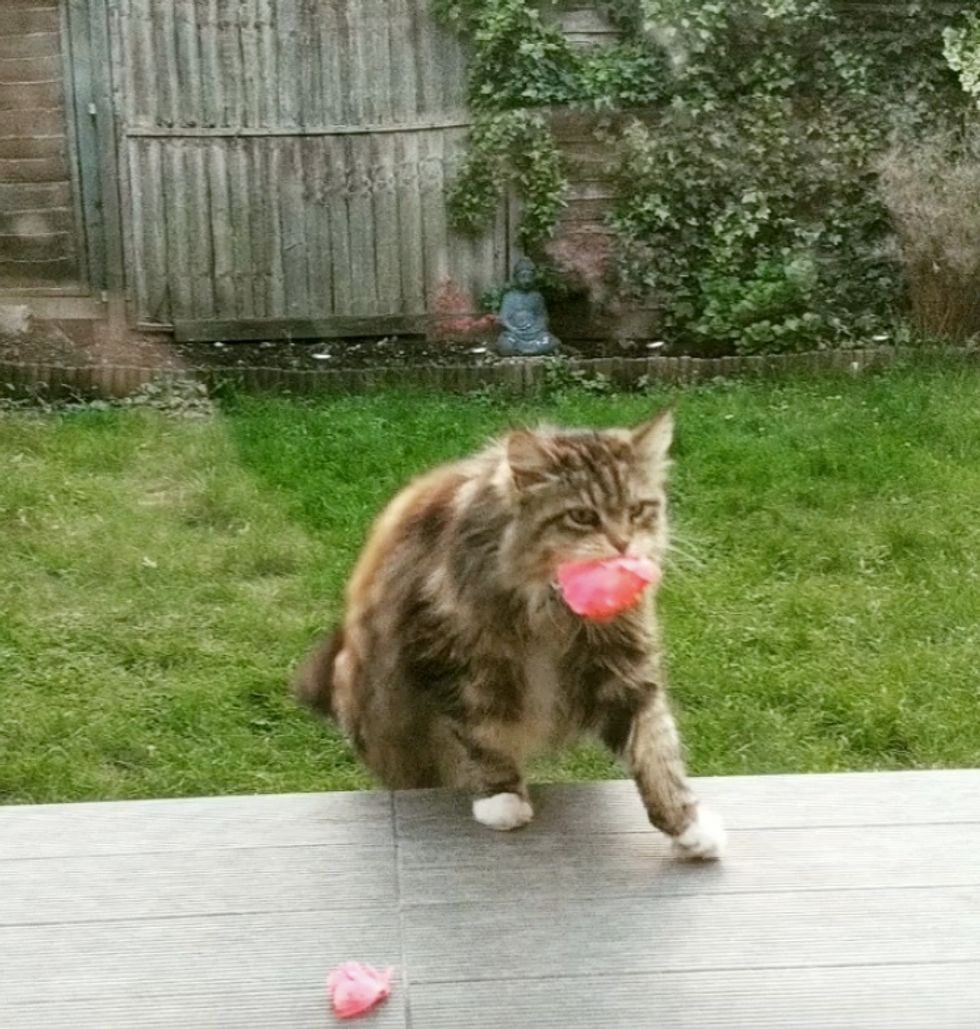 "She clearly likes us because she steals flowers from (her owners) and leaves them on our deck. It was at least ten flowers before we realized it was her."

Watch as Willow brings a flower to her neighbors in this video:

Willow has been visiting Rosie almost every day since she moved in.

The kitty struts right in as if she owns the place. 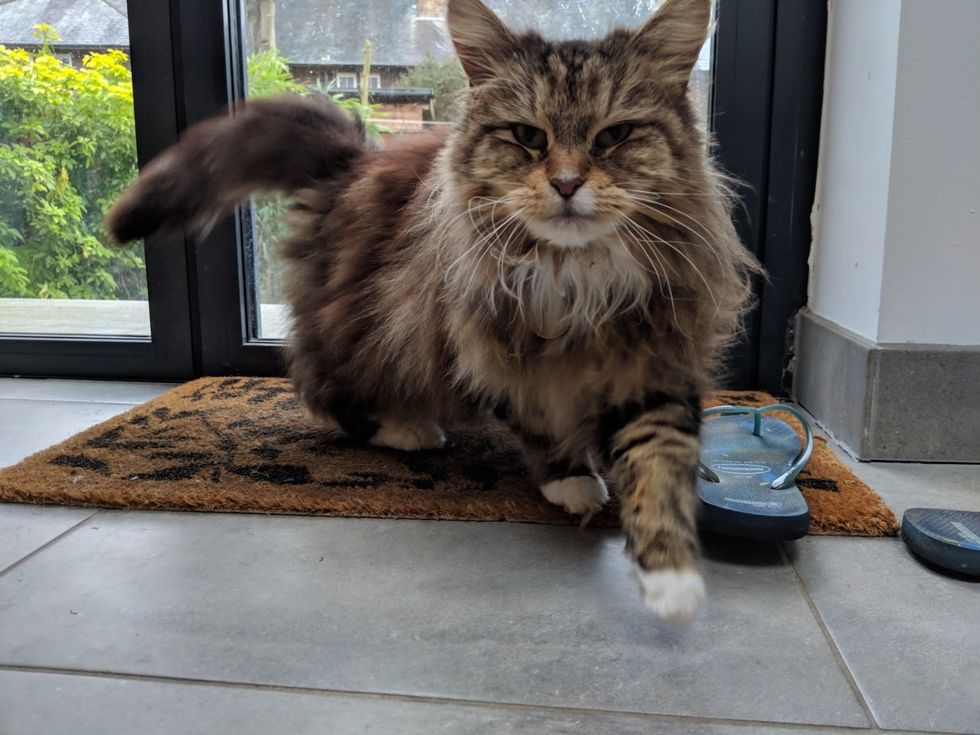 She gives her neighbors their daily kitty fix.

Willow loves her human friends, and the neighbors adore her. 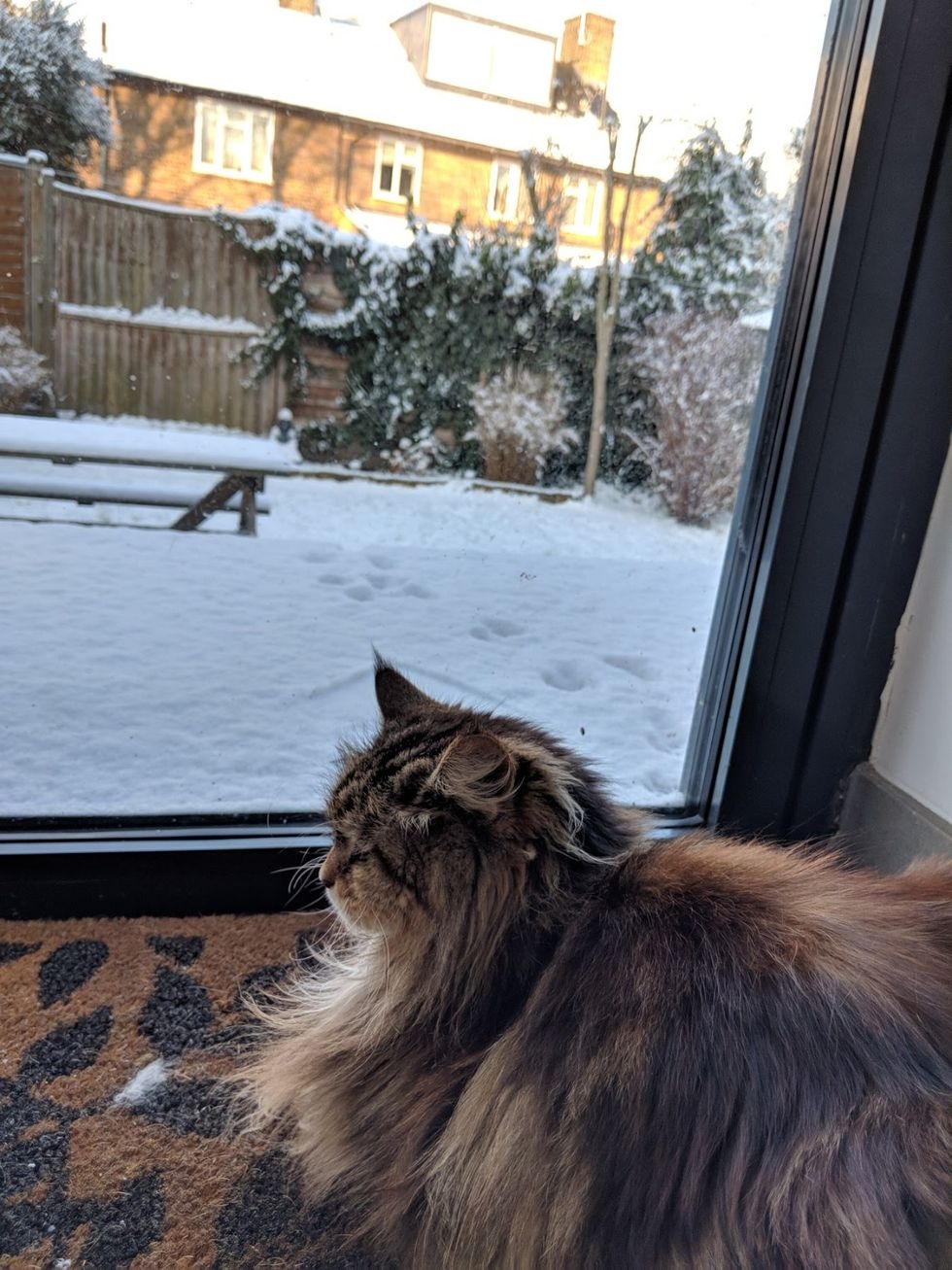 They save cardboard boxes just for Willow and keep cat food and treats around for their beloved feline visitor. 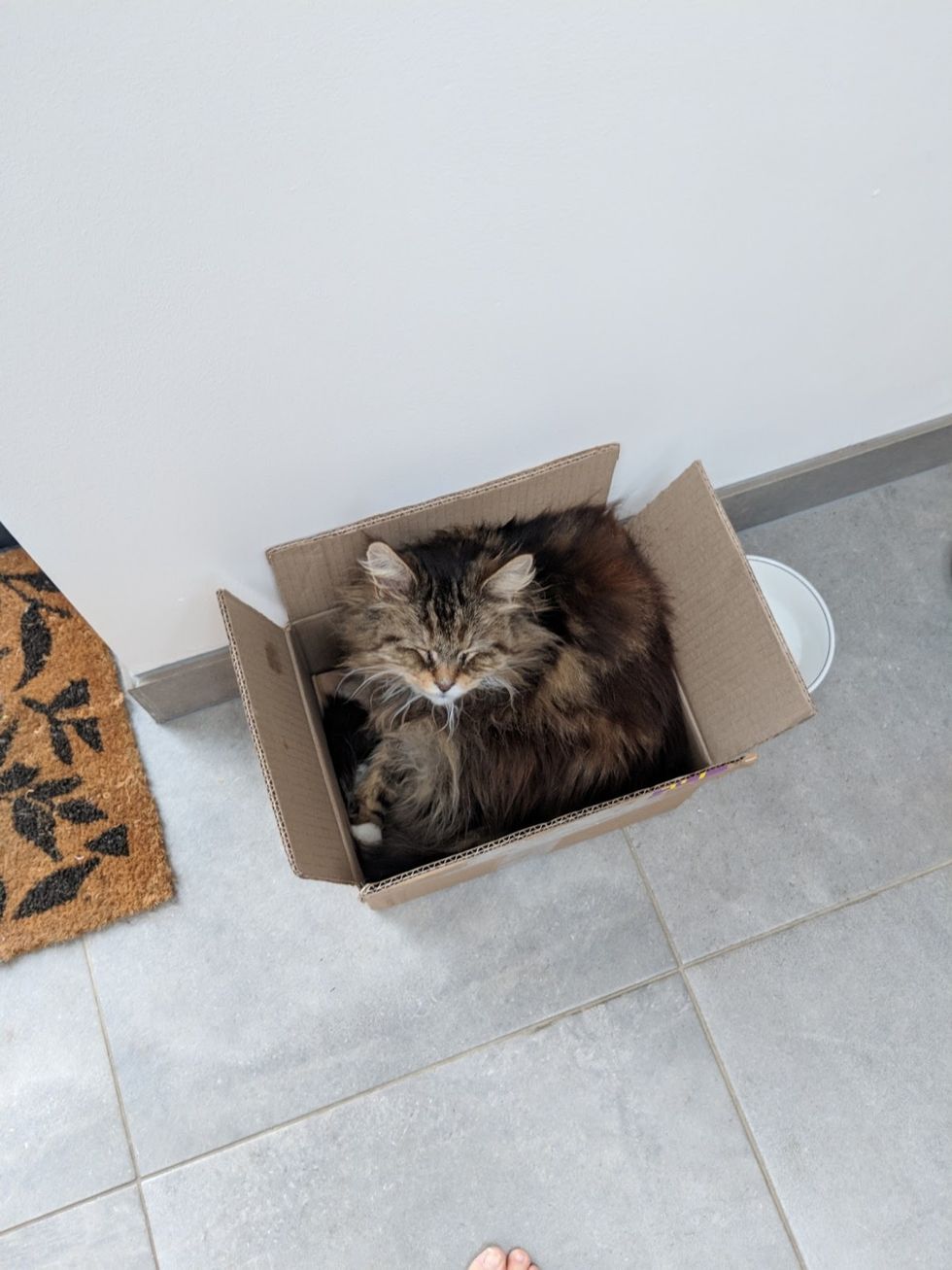 Willow hops on her neighbors' couch and claims it and the blanket as her own. 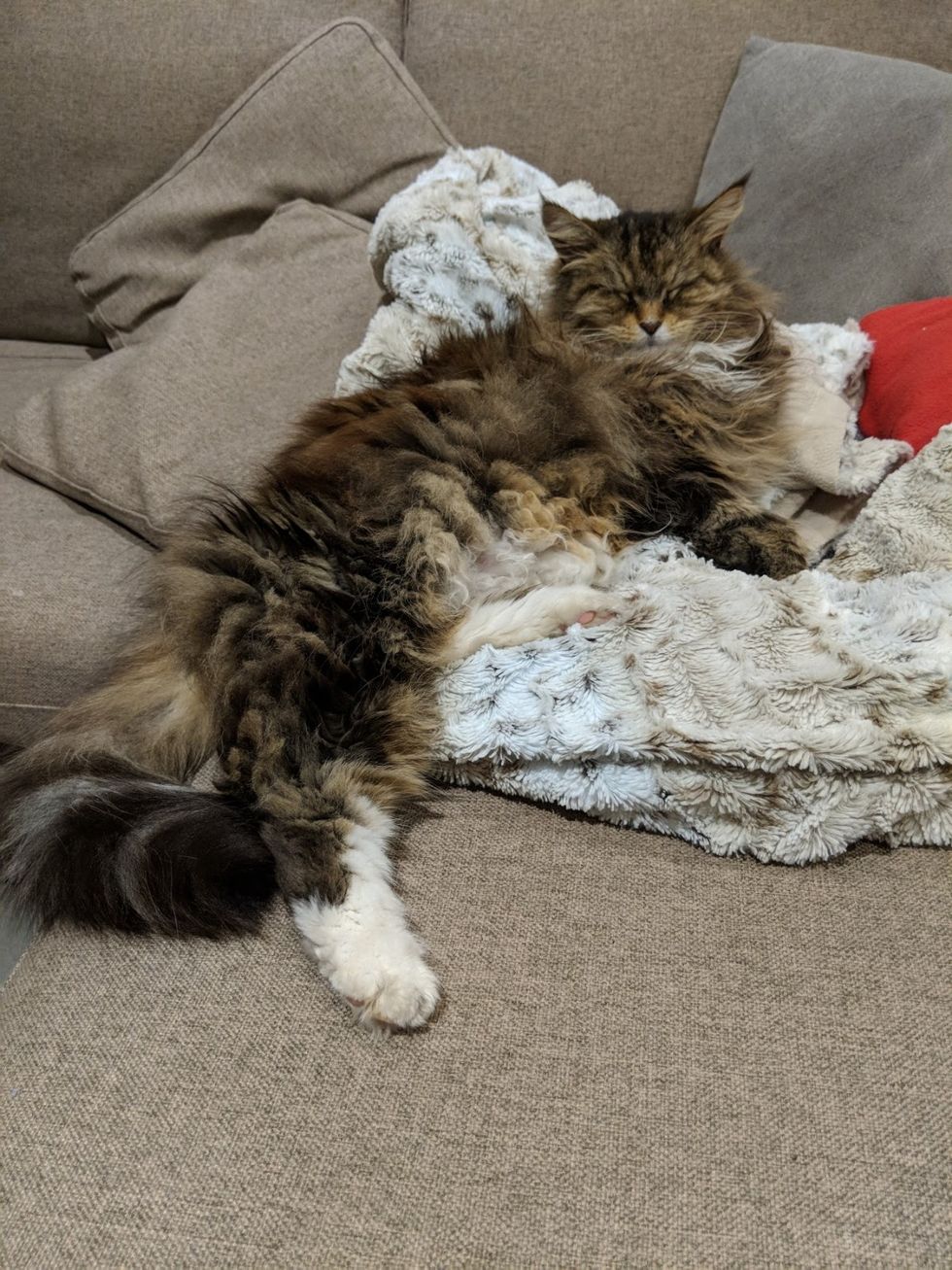 Related story: Cat Visits Her Neighbor Every Day For Treats and Pets For Over a Year in These Adorable Photos