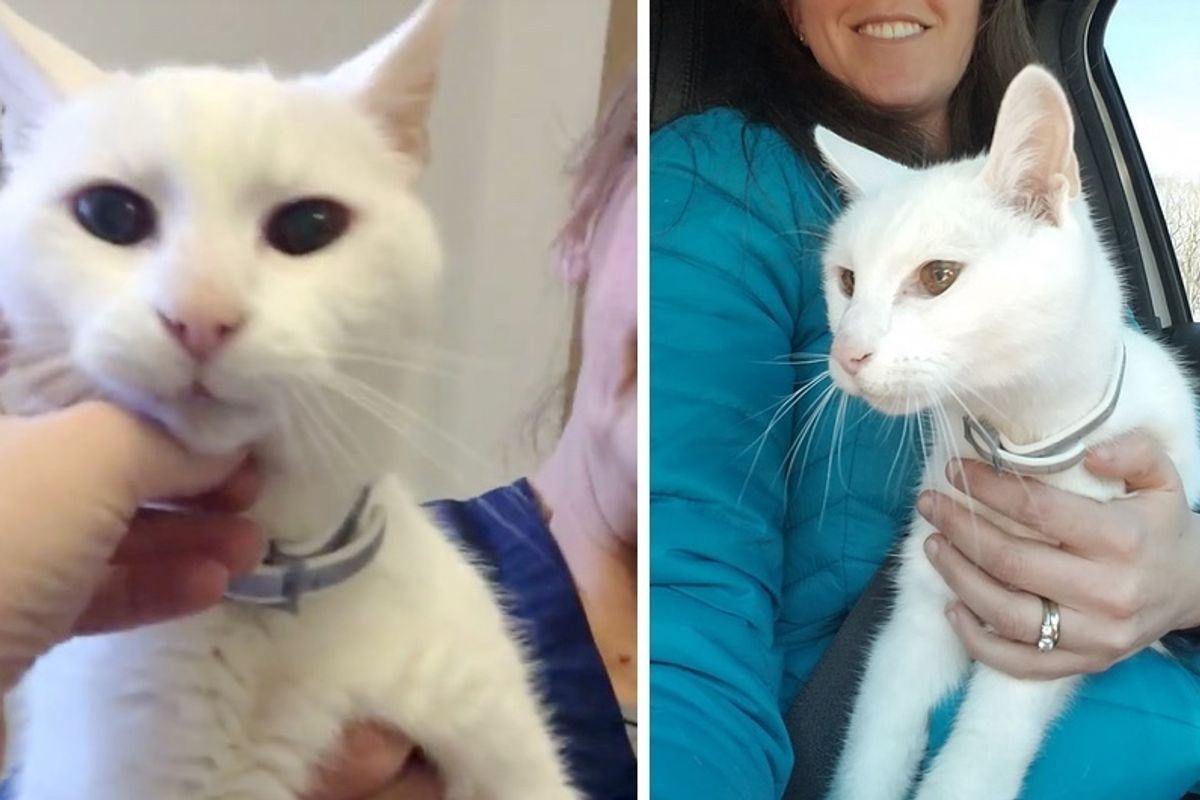 A super senior cat was confused and lost when he was taken to the shelter at the age of 20, but miracles do happen. Within 24 hours, the sweet old boy found someone he'd been waiting for.

"I just couldn't stand thinking about him spending another night in a shelter," Meredith Bauer told Love Meow.

Rascal the deaf cat was two decades old when he was surrendered to Spotsylvania Animal Shelter in Fredericksburg, Virginia, Thursday afternoon for "being old and having accidents in the house."

"Rascal had been with his family for nearly his entire lifetime and is understandably quite confused," the shelter shared with Love Meow.

They posted a video via Facebook in hopes to find Rascal a good home that would love the old boy unconditionally despite his age and health, and they hoped that that night would be the only night Rascal would ever spend in a shelter.

Meredith was on the shelter page at the time. "I was scrolling last night and saw him. He just pulled on the right number of heart strings," she told Love Meow.

When she got up in the morning, she thought about Rascal right away and decided to drive to the shelter to see if he was still there. "I just couldn't stand thinking about him spending another night in a shelter," she said.

Watch the video of Rascal at the shelter:

"They brought him out in his bed and he just stayed in the bed while I was meeting him and he just sat there. I think he was just stressed and confused," Meredith told Love Meow.

But nothing some tender loving care and pets wouldn't fix. After some cuddle time with Rascal, the old boy started to perk up.

"He rode in my lap in the car ride home."

Rascal will be seeing a vet tomorrow to sort out his health issues. They are determined to help the senior boy get better. "Once we figure out any health issues he'll be vibrant again."

The sweet boy is settling in his new home nicely.

"Older cats or special needs cats often get over looked, but they have just as much love to give as 'regular' cats or kittens," Meredith told Love Meow.

"However his story ends, it definitely will end with me."