A young boy could adopt any pet he wanted, but he chose a big senior cat. His name is Tiny!

The 10-year-old ginger kitty lost his home due to unforeseen circumstances. He and his sister were being fostered while waiting for their perfect humans to find them. 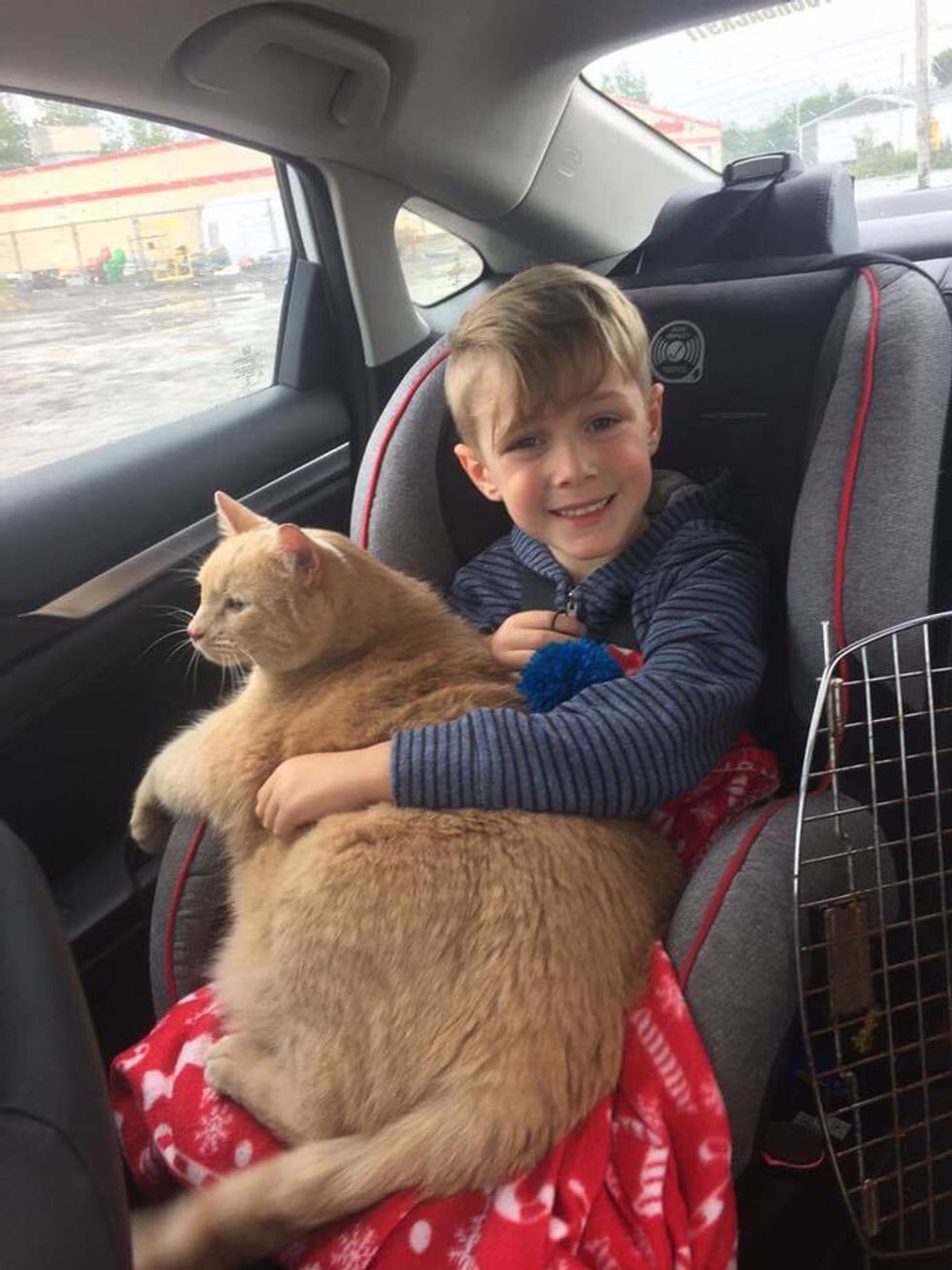 Exploits Valley SPCA, a rescue group in central Newfoundland Canada, shared their story on Facebook, hoping the right family would snatch them up. The two siblings are not bonded, so they could go to separate homes as being in a home environment is the only way for them to thrive.

"We posted him on as a courtesy post so he wouldn't have to come in the shelter until absolutely necessary," Exploits Valley SPCA told Love Meow.

That's when Easton, a young boy, spotted Tiny on the shelter's Facebook page.

"Easton and his mom were looking on our page for animals. She told him he could adopt a new pet. He had the choice between a puppy dog or a cat/kitten." 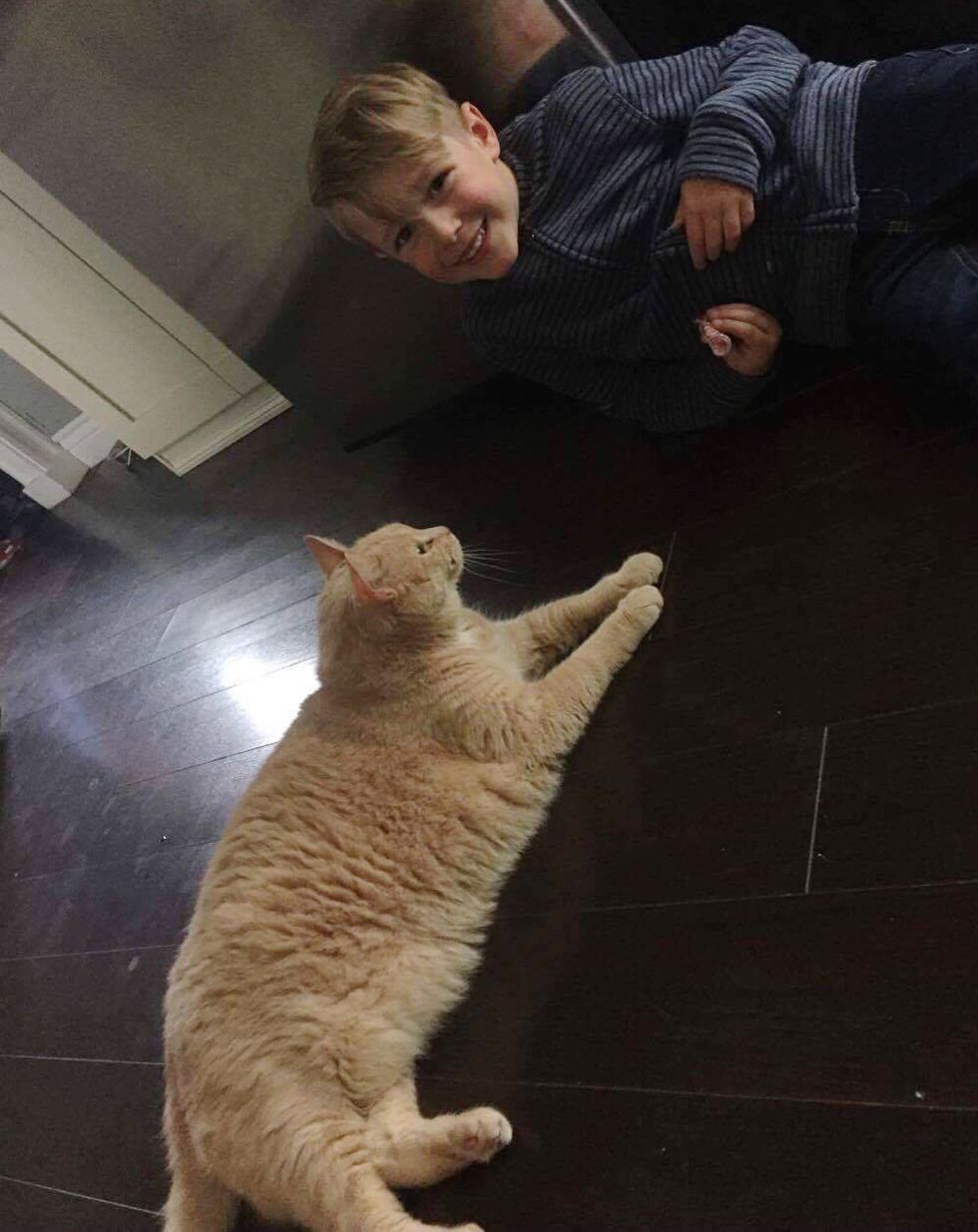 He chose to adopt Tiny, the 10-year-old big kitty! When the family went to meet the ginger boy, it was love at first sight!

"Easton loved Tiny because Tiny loved him. He was never withdrawn around him from the second he saw him", Easton's Mom told Love Meow. 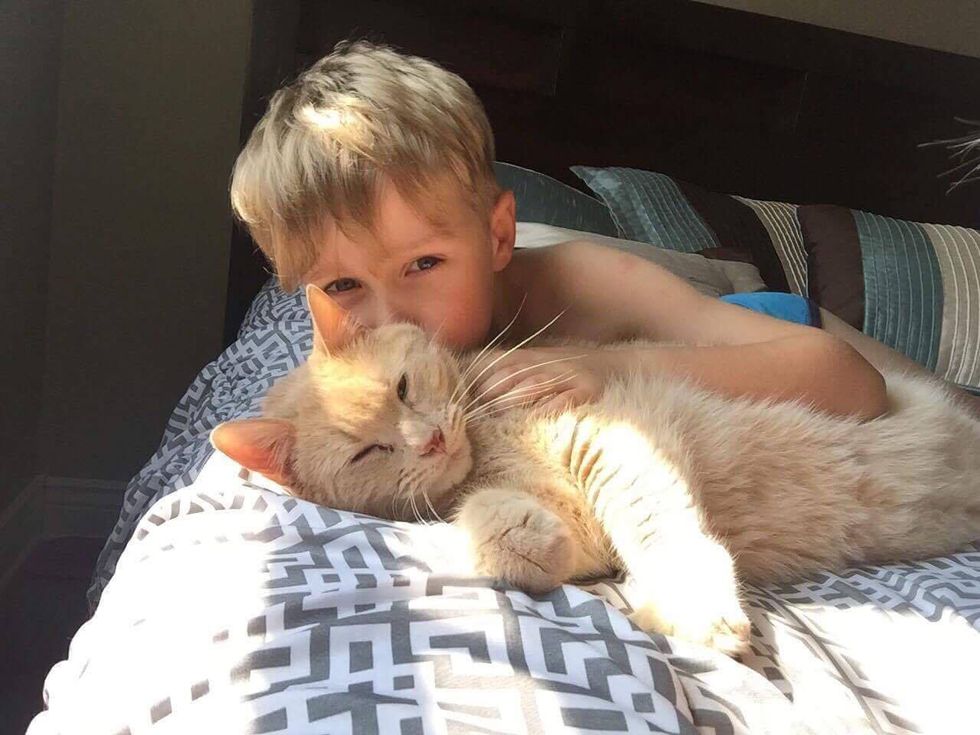 After completing the adoption process, they put Tiny in a carrier next to Easton in the back seat. While they were on their way home, Tiny demanded some snuggle time with his new favorite human.

"On the ride home Tiny got out of his cage and cuddled in with his new owner and has been stuck to him ever since," the shelter said.

Tiny has a very loud, chirpy purr and absolutely loves cuddles. The 10-year-old big lovebug is so happy to have found his human for life!

Now Tiny follows Easton everywhere he goes and snuggles with him whenever he gets a chance. 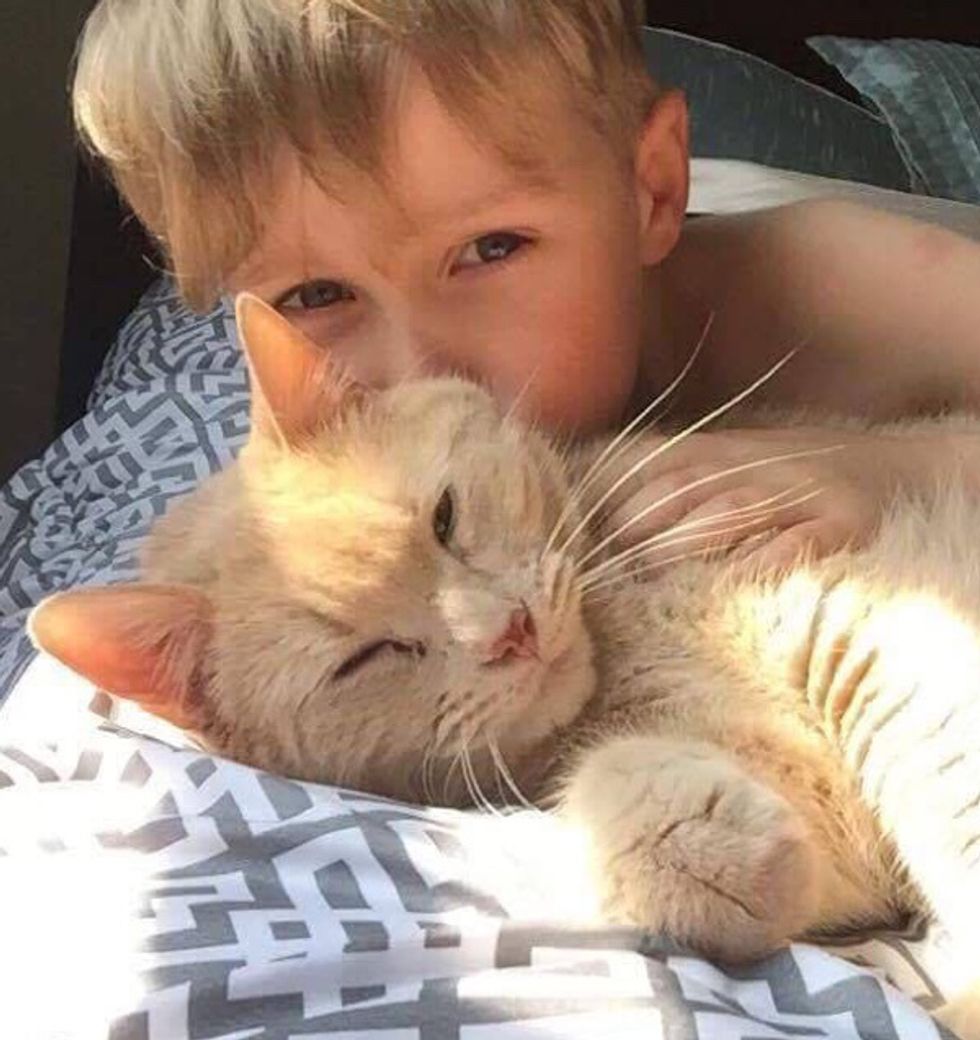 Related story: 14-year Old Boy Dives into Overpass to Save Cat Hanging Over Bridge - Kitty Clings to Him for Life