Bailey the cat was adopted as a kitten but returned to the shelter six years later.

The beautiful long-haired kitty wanted to be the center of attention. With other cats at the sanctuary, she became very grumpy and was not happy when other feline residents were around. 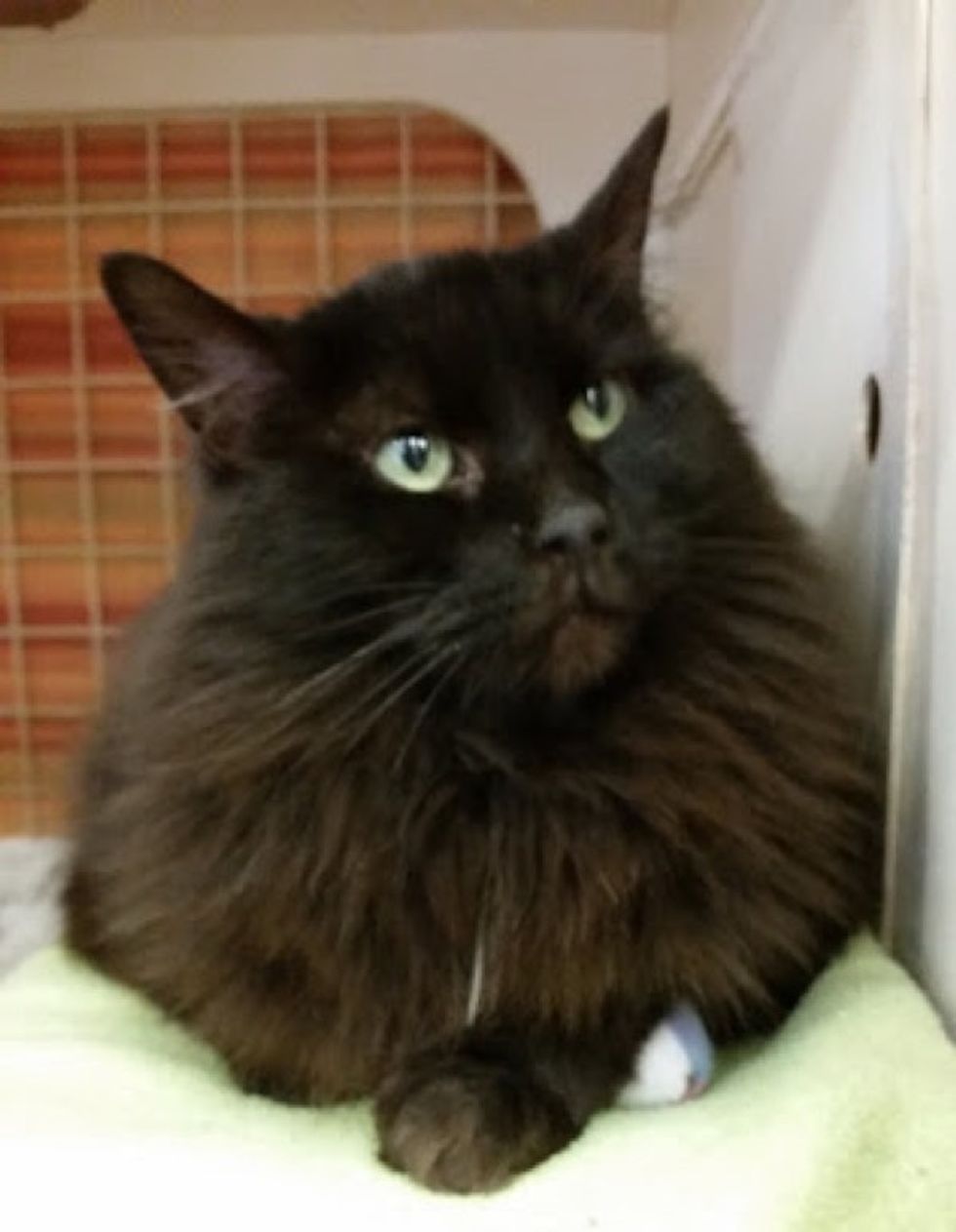 Though she was getting the best care and lots of love and cuddles from the volunteers, they knew that Bailey would be much happier having a place to call her own. Five years later, the 11-year-old cat still remained at Purrfect Pals Cat Sanctuary and Adoption Centers in Arlington, Washington.

"Her previous owner's allergies had become so severe she could not keep Bailey… Of course, nobody imagined this fluffy, green-eyed girl with the glossy black coat would still be at the shelter waiting for a home almost five years later," Purrfect Pals shared with Love Meow.

A week ago, a young woman named Holly approached a volunteer at Purrfect Pals and started asking about an older cat or one that had stayed with the rescue group for a long time. They immediately thought about Bailey. 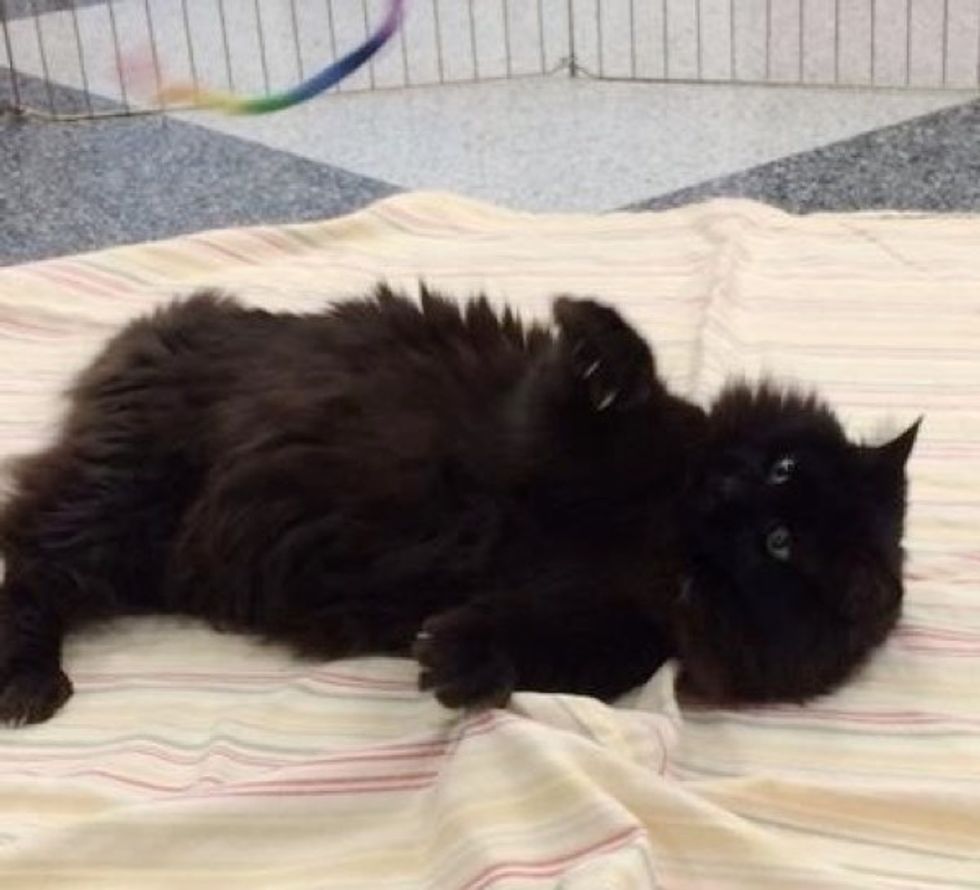 "She spent quite a bit of time with Bailey and was not at all upset that Bailey was grumpy," the rescue group said.

Holly continued looking and visited a couple more rescue groups, but she couldn't get Bailey out of her mind. An hour later, she called Purrfect Pals and said, she would come back Saturday afternoon for Bailey. 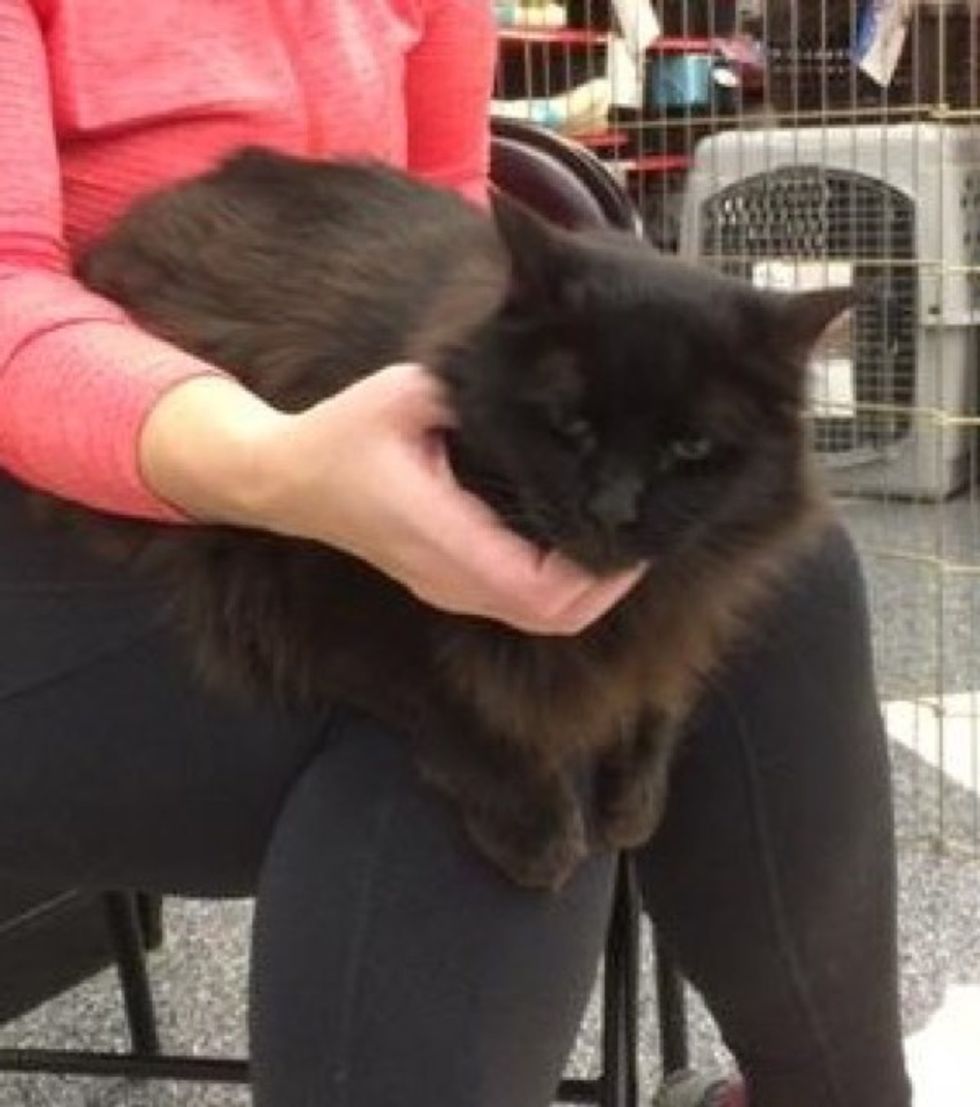 "Everyone crossed their fingers… and toes… hoping she actually would come back. And she did," Purrfect Pals said.

"Holly told us Bailey just tugged on her heartstrings and she wanted to give her a home where Bailey could be the true princess she is - she would be the only cat in her new home and would have lots of toys, windows for watching the world and a new mom determined to spoil her rotten." 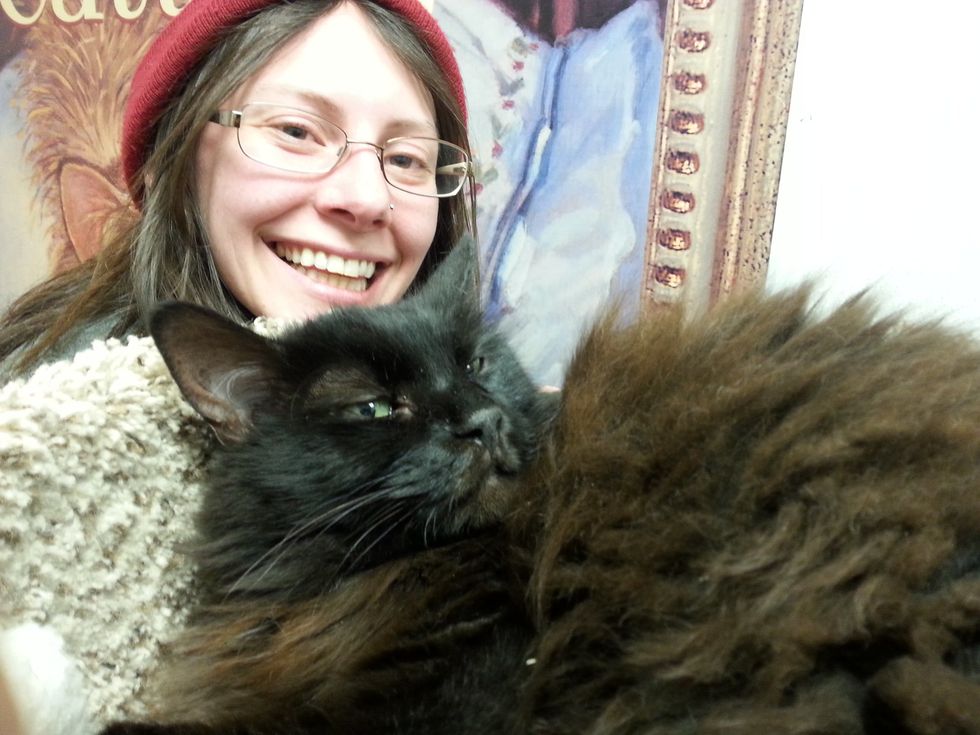 "Bailey was way overdue for adoption. We are doing happy dances, turning somersaults and maybe even shedding some happy tears that our floofy, enchanting girl has finally, after five very long years, left the shelter."

A few minutes after Bailey arrived at her new abode, she started purring and rubbing against everything in sight. 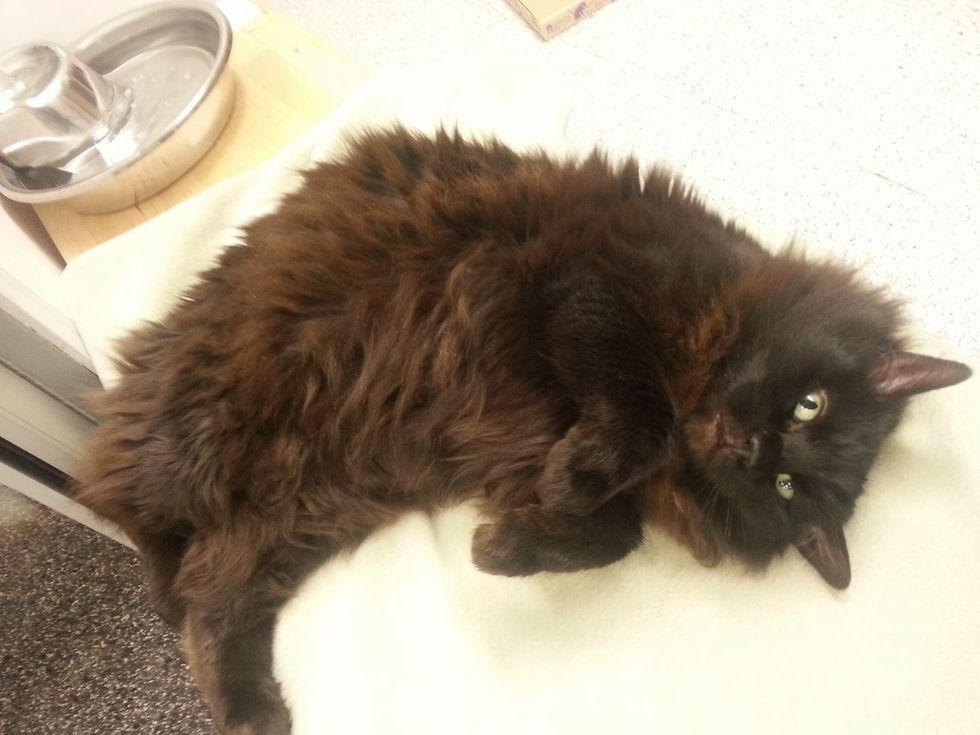 "We are so happy to have Bailey in our lives. She follows us everywhere, demanding a decent massage, and slept on my pillow this first night. Her tail is held high, her eyes are bright, and between all the cuddles she lets me pick her up," Holly said.

After waiting 1806 days for a home, Bailey has truly claimed her new home and family as hers. 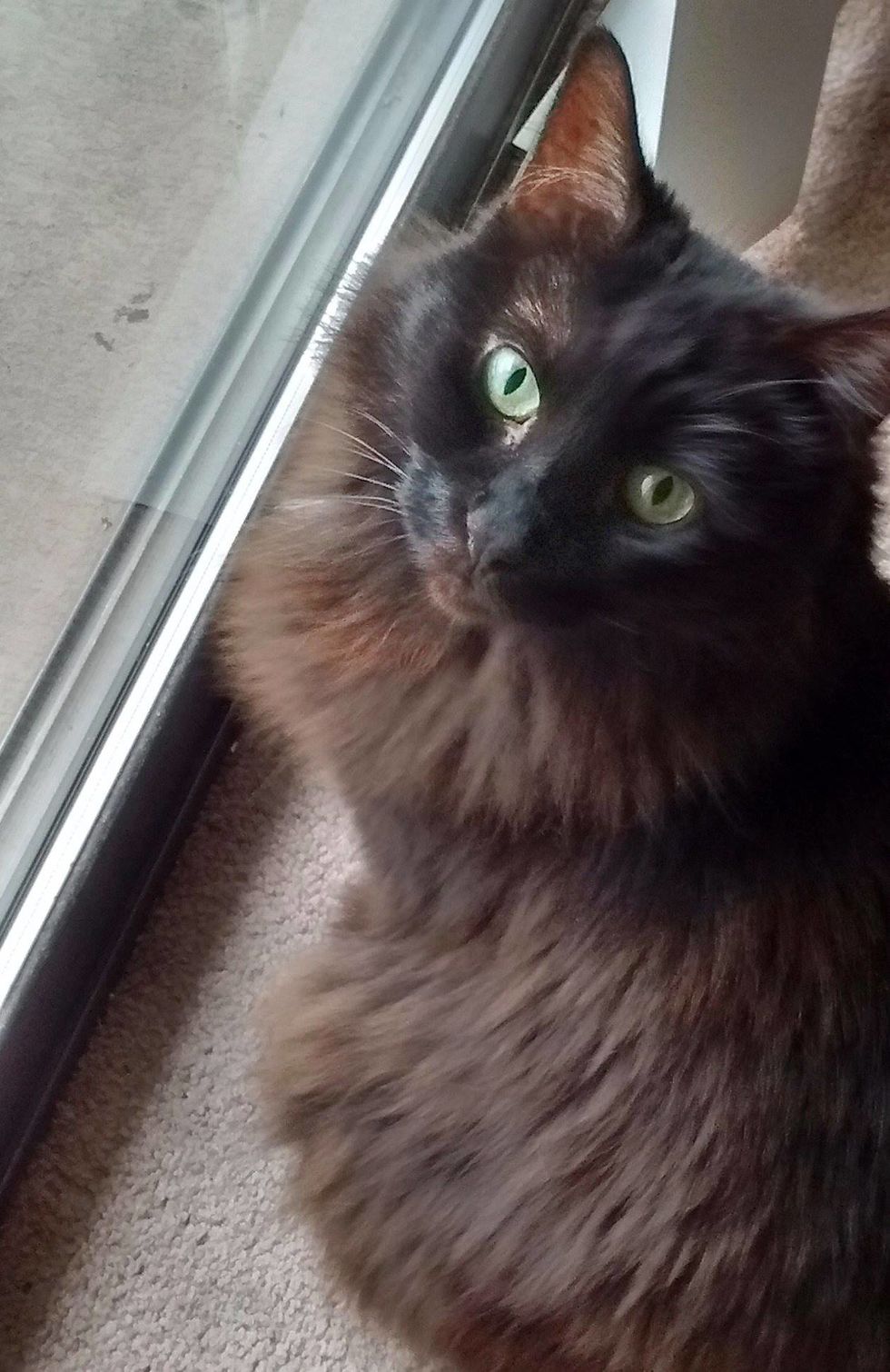