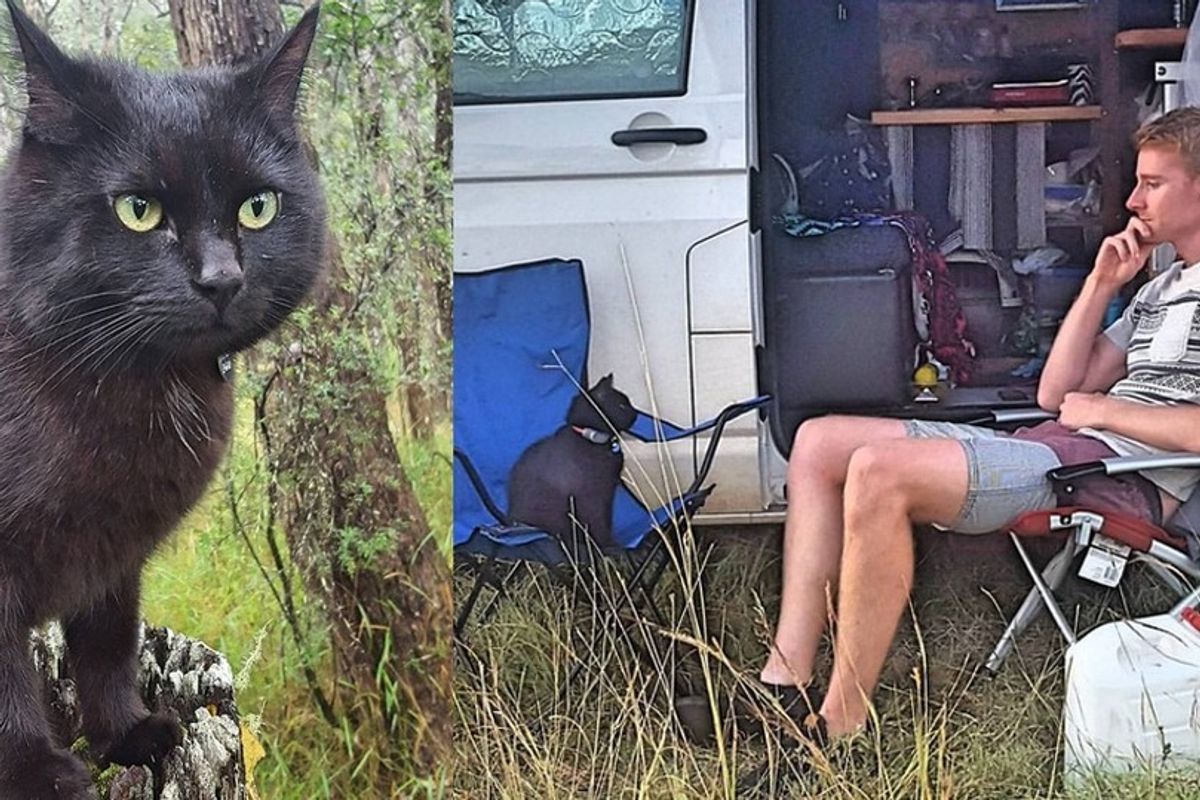 A man left his corporate job so he could spend all his time traveling with his beloved cat who rescued him. He wouldn't trade it for the world.

Meet Willow and her human Richard!

"We are in this together traveling and exploring," Richard East said as he lives a van life with his most trusted friend Willow the cat. But their life was not always like this.

Richard spent 10 years in corporate Australia, and Willow was rescued and found her way into his life.

"I felt that when a cat is adopted you have lifetime responsibility to look after it. So I just made it work," Richard told Love Meow.

He left his company and sold most of his possessions. He then packed his stuff and left his old life behind and started a new one with his beloved cat in a van heading off for new adventures.

[Scroll down to see video]

Richard captures every memento he shares with Willow.

Willow was two years old when she was adopted by Richard's ex-girlfriend from a cat shelter in Hobart, Tasmania. Willow was always there for Richard during the toughest time of his life. His ex-girlfriend wasn't able to keep her cat, so Richard offered to look after her for the rest of her life.

"Our bond is no greater than any other human/cat but we are in a situation where we are reminded of that bond everyday."

"We have been very fortunate to have made it through the past year with no more troubles than two flat tyres, 3 stitches on my head, and a sore paw."

"You'd be surprised how many take their adventure cats on the road, there are literally dozens of us!

"Staying at Wunjunga for two nights I was joined by Samara and Glen with their meow meows Batman and Kitty," Richard said.

Willow the forest cat recharging with a cat nap on her very own kitty tree post.

Amazing life and journey with his best friend for life.

"The little black adventure cat... really took a chance when she rescued me. The little cat who has made my van into a home and the whole of Australia her backyard."