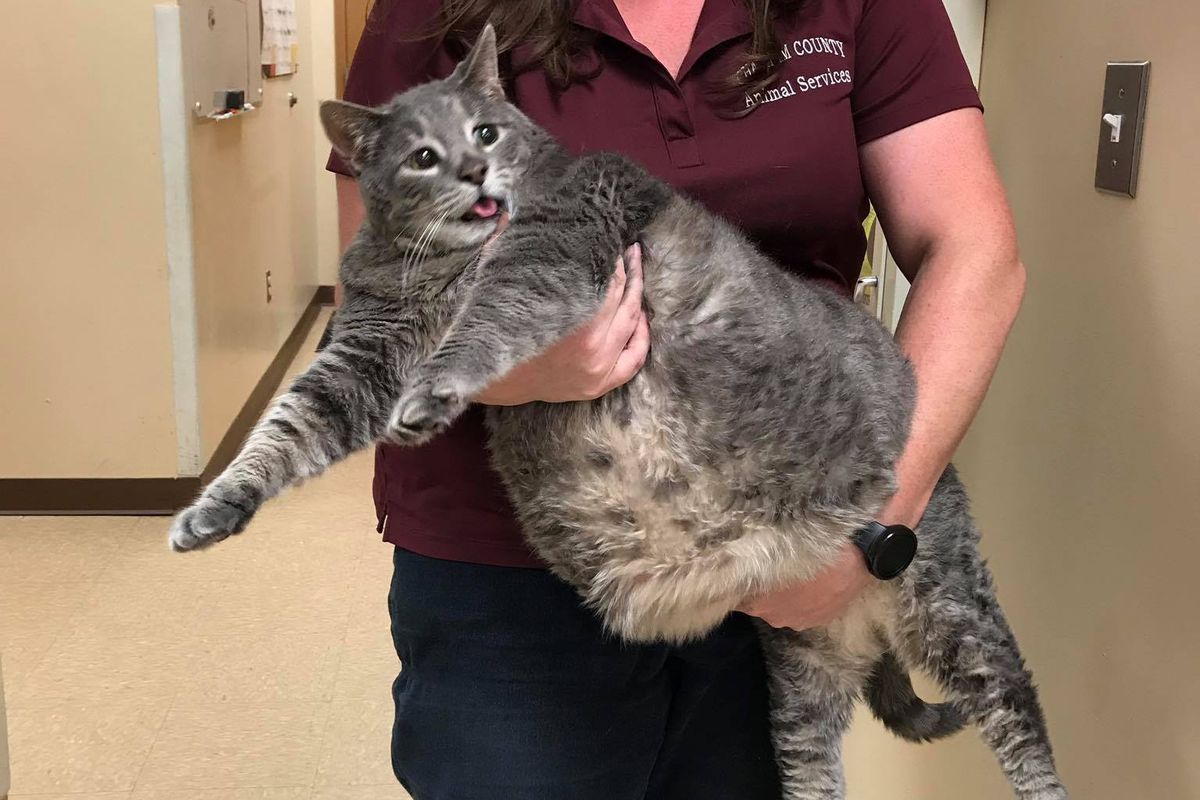 Rescue Stray Too Large To Fit in Kitty Pen Finds A Solution in Break Room...

A big kitty was brought into the shelter but none of their kitty pens could fit him comfortably, so the shelter staff came up with a solution. 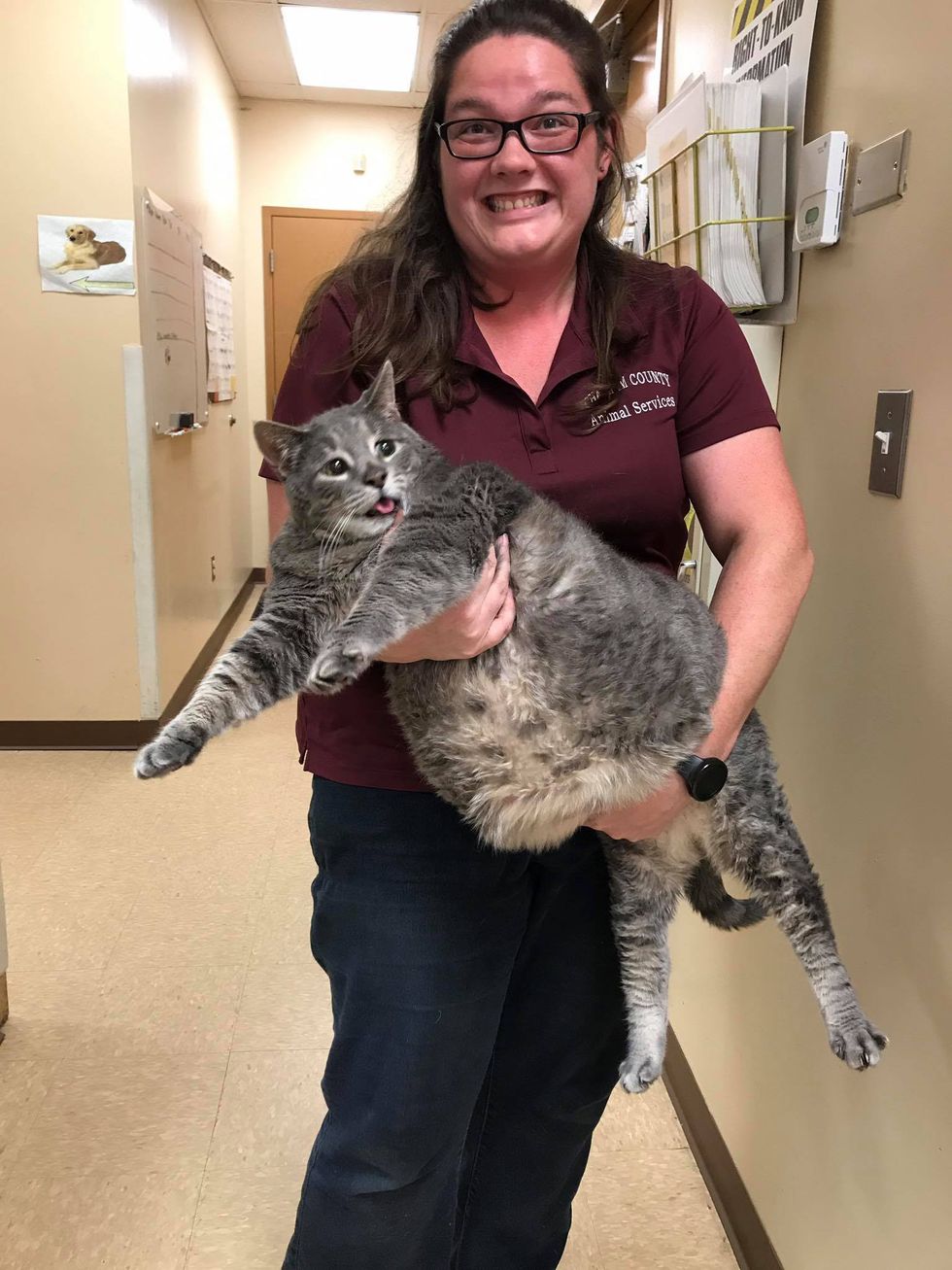 On July 17, a North Carolina resident brought a stray cat to the Chatham County Animal Shelter in Pittsboro. As soon as they entered the door, the staff were stunned by how large the kitty was.

It quickly set in that this 31.4 pound feline was too large for any kitty kennels they had available. The big boy would require an upgrade to his residence.

"He's around 3-5 years old. A very sweet guy, a love bug who likes to rub all over you," Tiffany Foushee of Chatham County Animal Shelter told Love Meow. "He clearly had someone feeding him but was brought in as a stray cat." 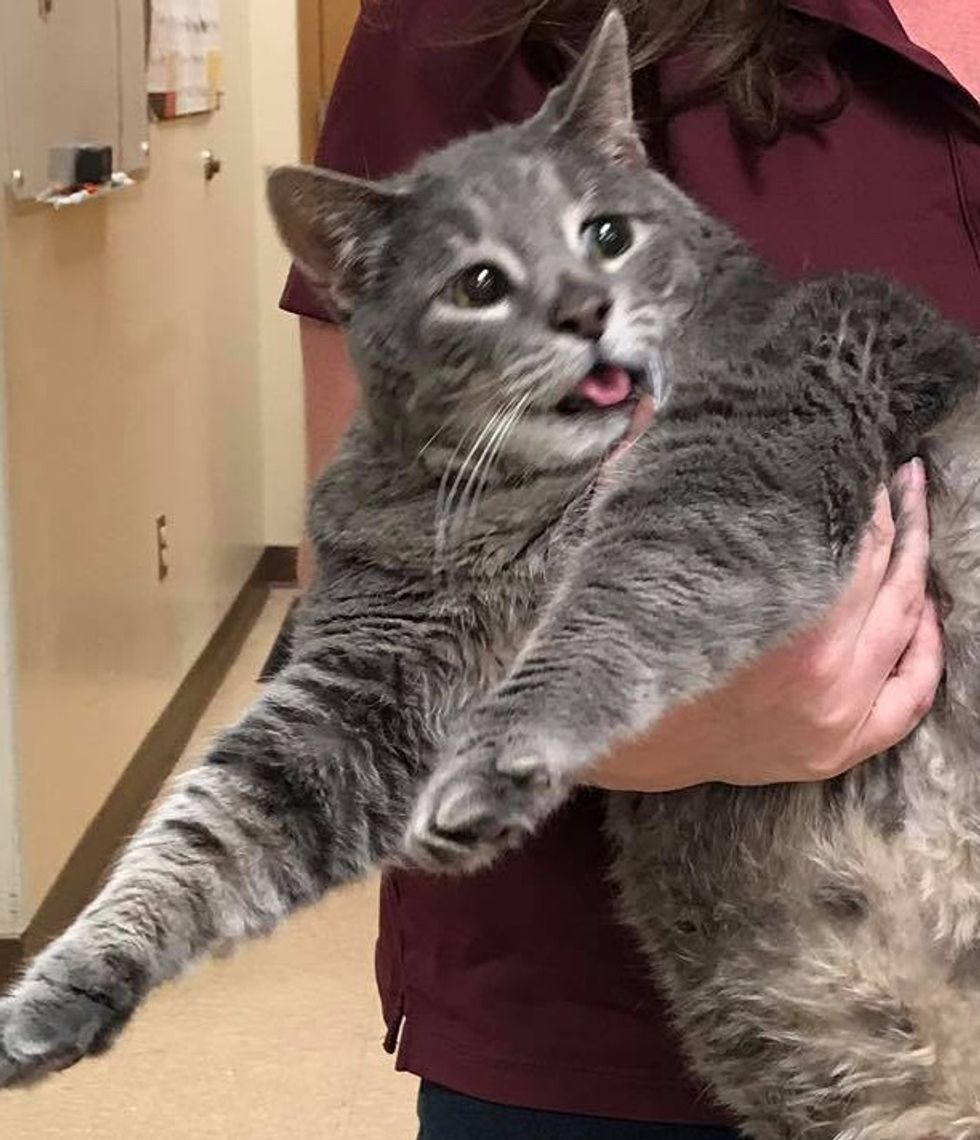 The kitty was too big to be comfortable in any of their kennels, so the shelter staff introduced him to their break room.

"He walked around, checked everything out, flopped down and made it home," Tiffany told Love Meow. 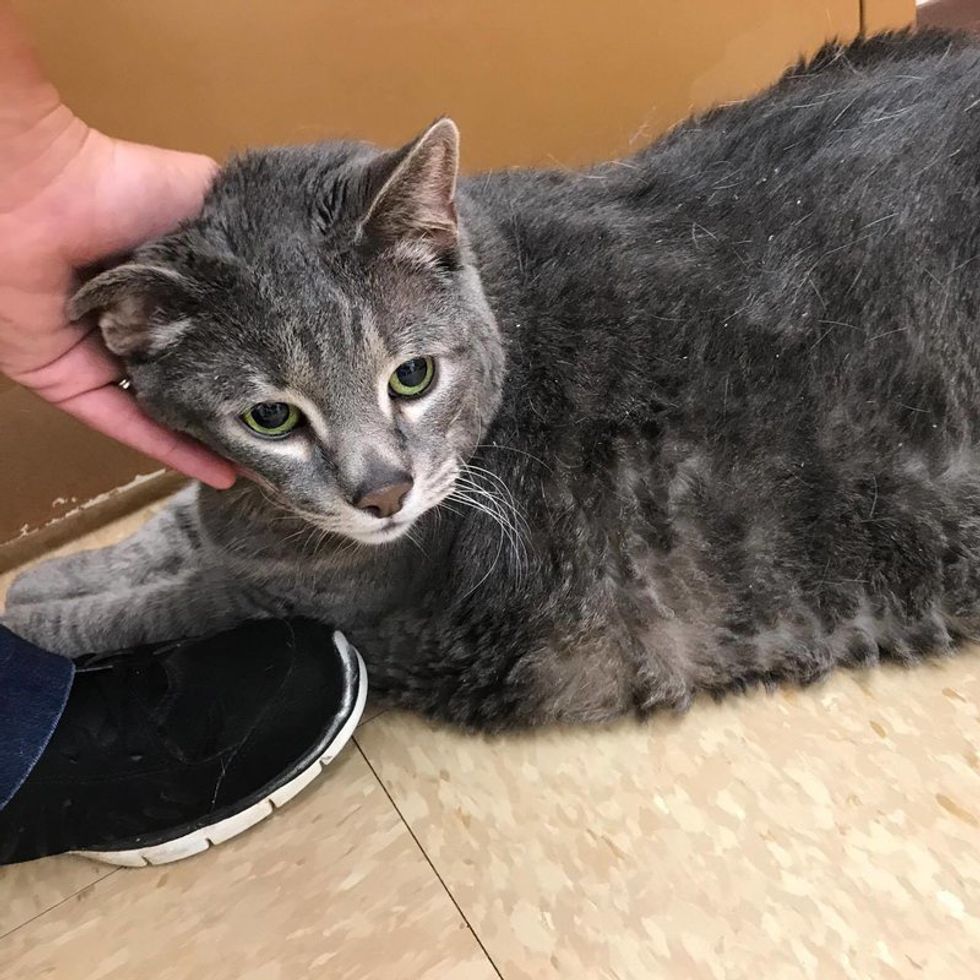 The next morning when the staff came into the break room they were surprised to see their feline buddy lying comfortably in a new place he claimed his own.

"He opened the cabinets when we were not here the evening time. We came in the next morning, and he was laying in there. This is where he chose to sleep so we cleared out the lower shelf for him." 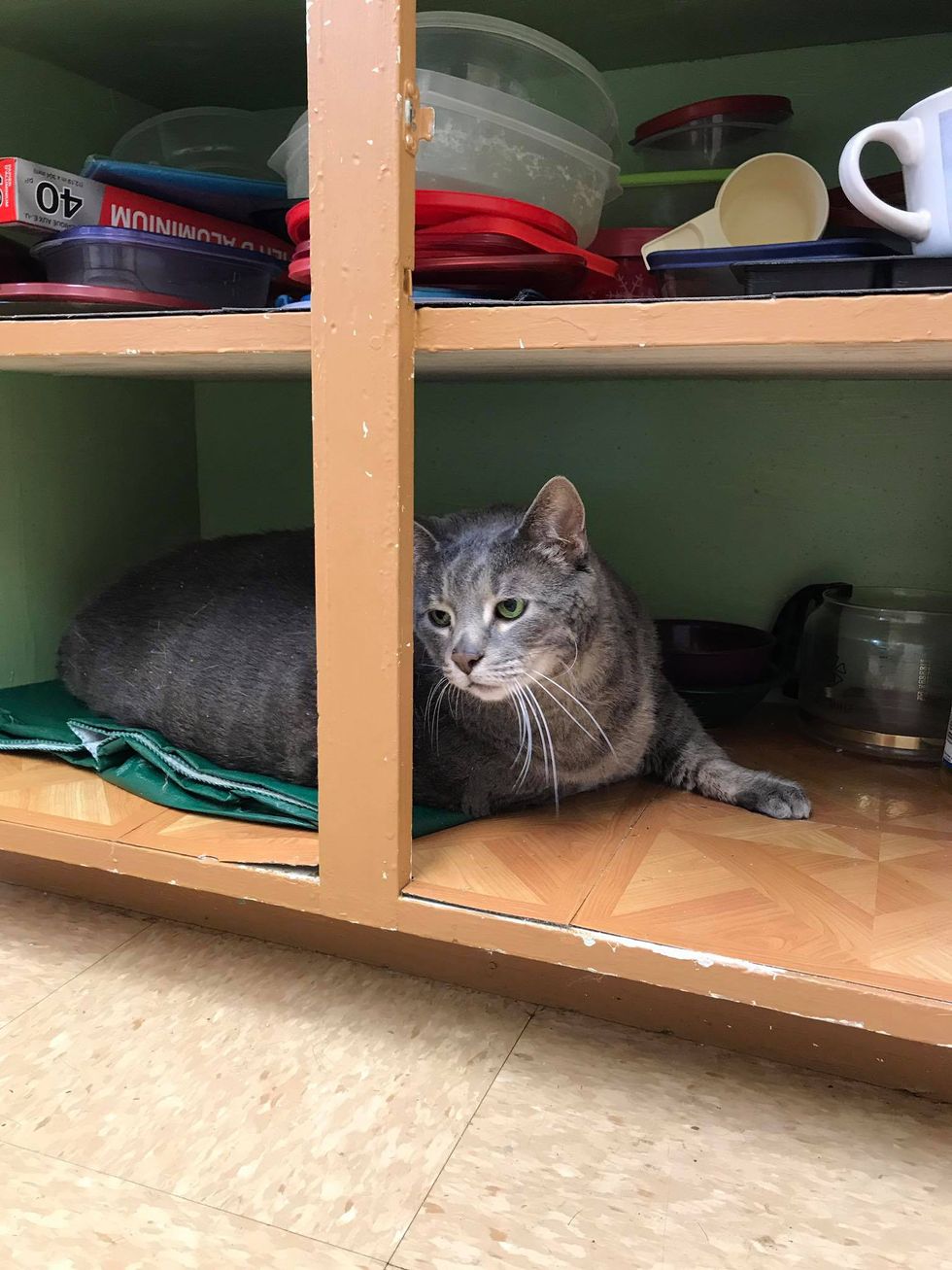 "He won't be available for adoption until next Monday if his owners don't reclaim him."

The kitty is loving all the attention from the staff and has even taken the role as their feline supervisor, watching over them from his very own "office". 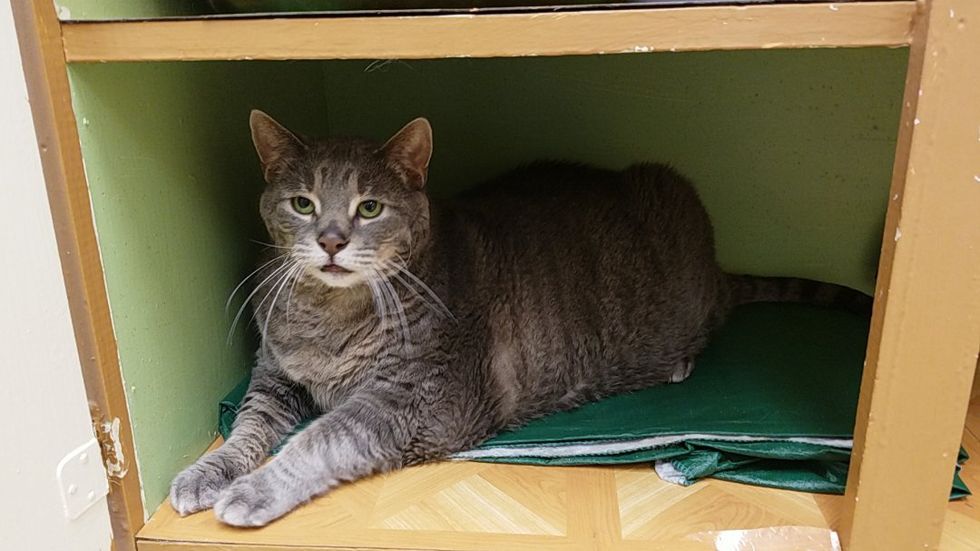 He has been put on a diet and is getting some exercise playing with his new human friends and getting a lot of love and pets from them.