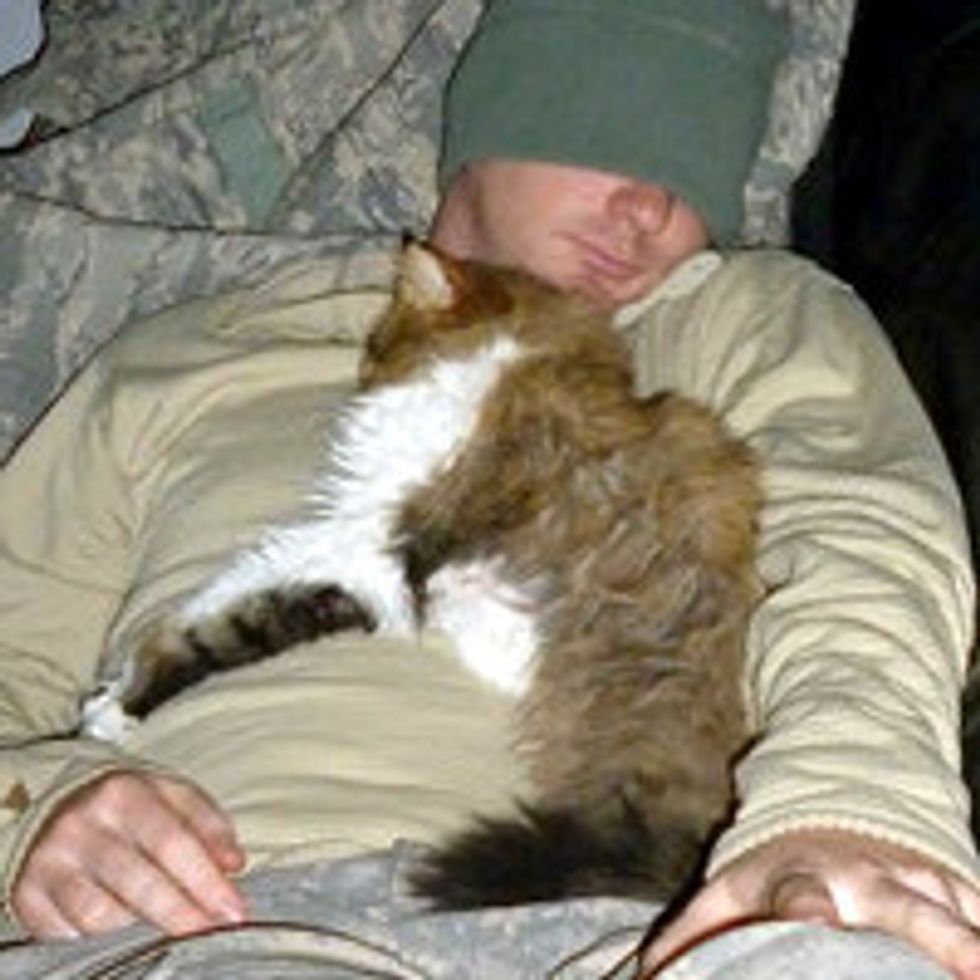 Stray Cat from Middle East Adopted by US Army

This kitty is very special. He used to be a stray cat living in the outdoors of the middle east until he was taken in, and now he's a "working cat" who helps the troops take the rat issue under control and provides that sense of home to the soldiers deployed.

Reddit user eppemsk (who is from the army) was taking a break with the cat when the picture was taken. "Apparently they authorize working cats to catch mice and rats. It's unspecific for a reason. I'm still deployed… one of my soldiers took the picture while I was asleep."

Many people who know some of the military rules are surprised to see this. "We were just as surprised as you to find out that you can have 'pets'. This was a stray cat that some soldiers found… Someone took him to the vet and got him vaccinated, neutered, and chipped. He is now officially a military working animal and is registered as a PFC (Private First Class)."

Soldier taking a nap with their mouser cat

We got an update from Kevin (eppemsk):

"So I got a lot of emails asking for more information on the Army cat. We decided to release his name, hopefully his undercover operations infiltrating the local Rodent Terrorist Cell isn't compromised. His name is PFC Bartholomew. I did not find him. I support another unit and their Lieutenant found him on Christmas Eve and realized how much the soldiers would love having a cat. He took him to a vet and had had him vaccinated, neutered, a chip put in, and his ear notched so people would know he was safe. Shortly after all this he was returned to our "site" at which time he moved into my tent. He has already obtained 2 confirmed mice kills but the rat has been evading him for a week. I've promised him a membership to the Fish of the Month Club if he kills the rat."