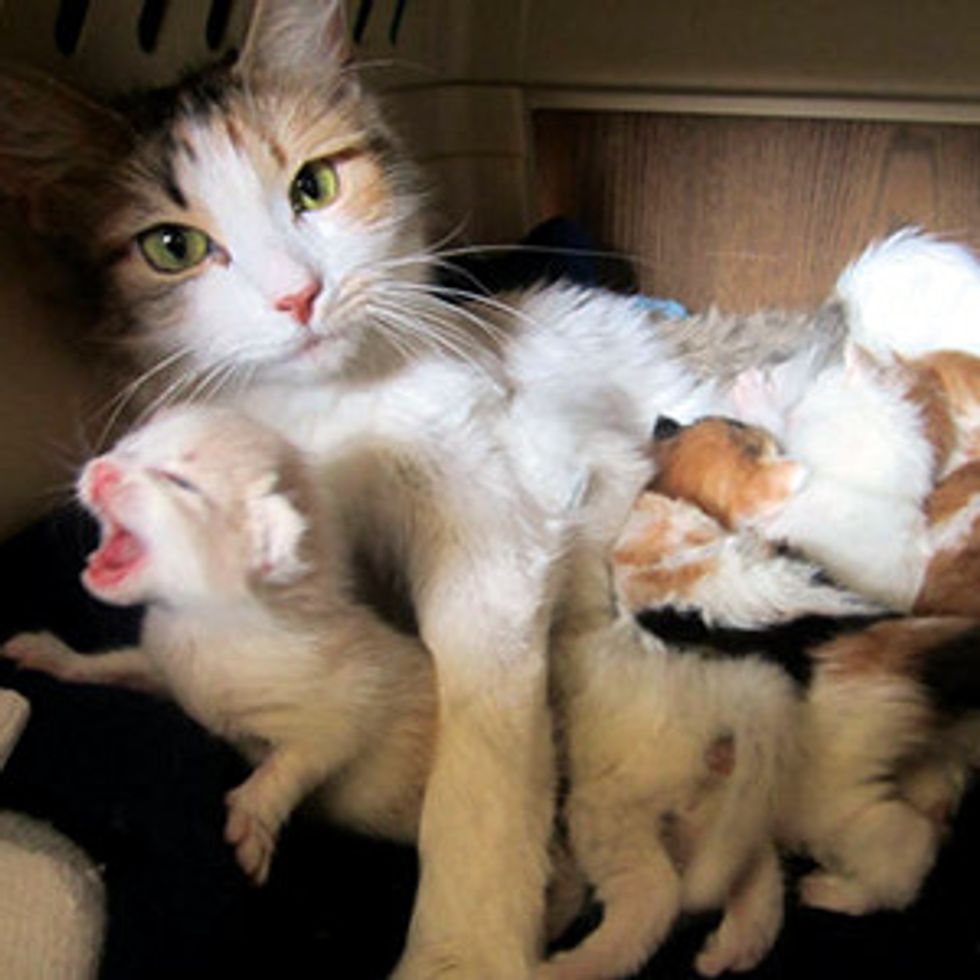 A stray cat mama gave a fosterer quite a surprise on her birthday.

When the mama cat arrived, Heather was surprised by what she saw.

Cat mama didn't just come with her own kittens. "She had taken on another litter of four kittens! Nine kittens! The second litter was only three days old and must have been abandoned by their mother right after birth. This sweet kitty brought them all back to her den and cared for them right along with her own babies. She doesn't make enough milk for nine hungry mouths, so twice a day, we have bottle feed them for extra nutrition," she added.

A stray cat mama came to her foster home with her own 5 kittens and another 4 kittens she adopted.

With nine mouths to feed, cat mama doesn't have enough milk for everyone, so her foster family comes to help her out.

These lucky kittens are loving their three-tiered bunk bed.

Photos by Heather via her blog.