Wonder Cat Without Rear Legs Doesn't Let Anything Slow Him Down

This very special kitty with no back legs doesn't let anything slow him down. 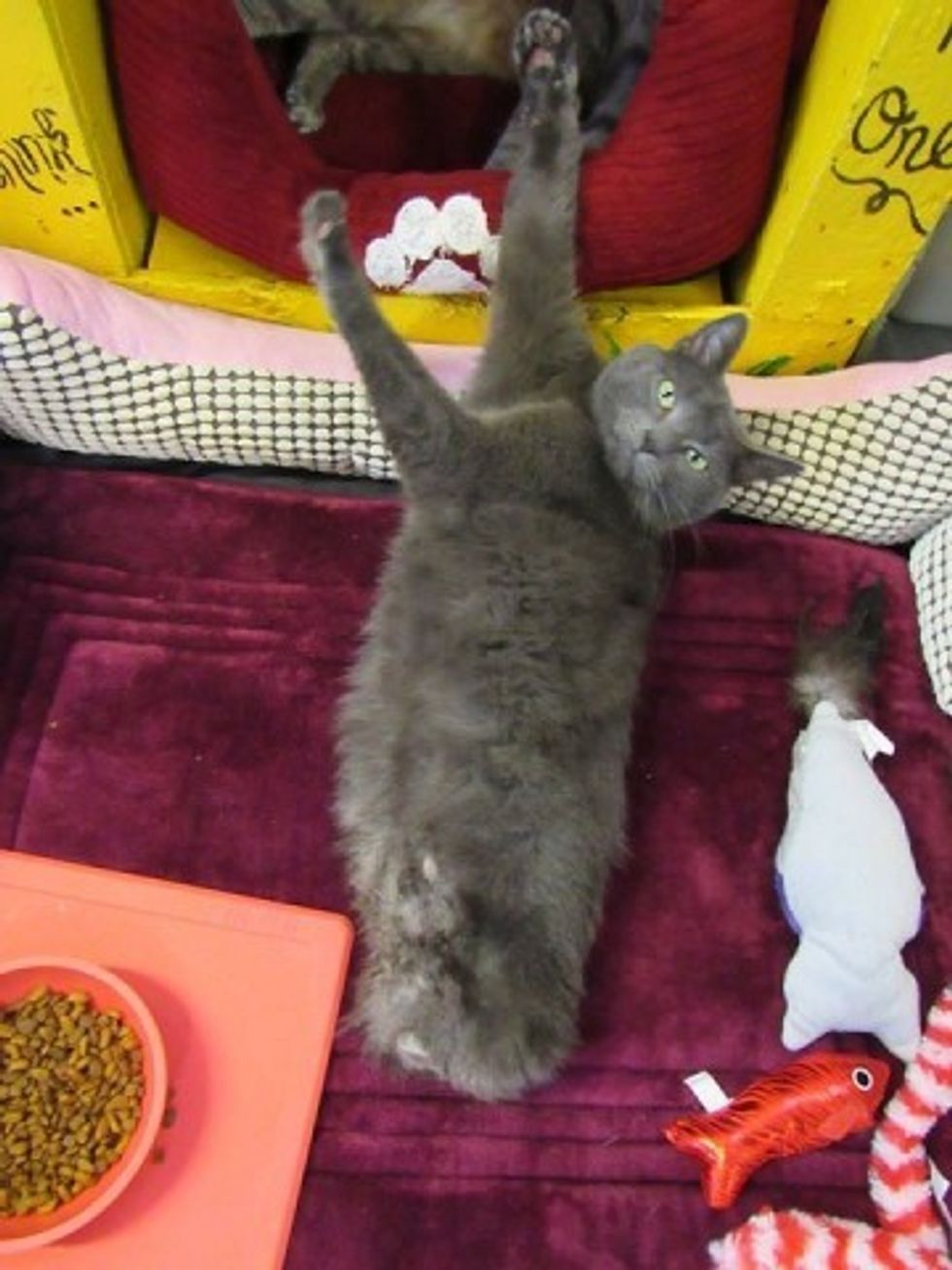 "He had been at a rescue but due to his severe leg deformities, FFRC was asked to help him. We drove down to get him and returned already in love with this little boy."

Jacci and her colleagues nursed him back to health. "He was bottle fed, tested, wormed, vet checked." As the little buddy got bigger and stronger, his personality blossomed.

Then they began to work on the issue causing him the most trouble - his rear legs. 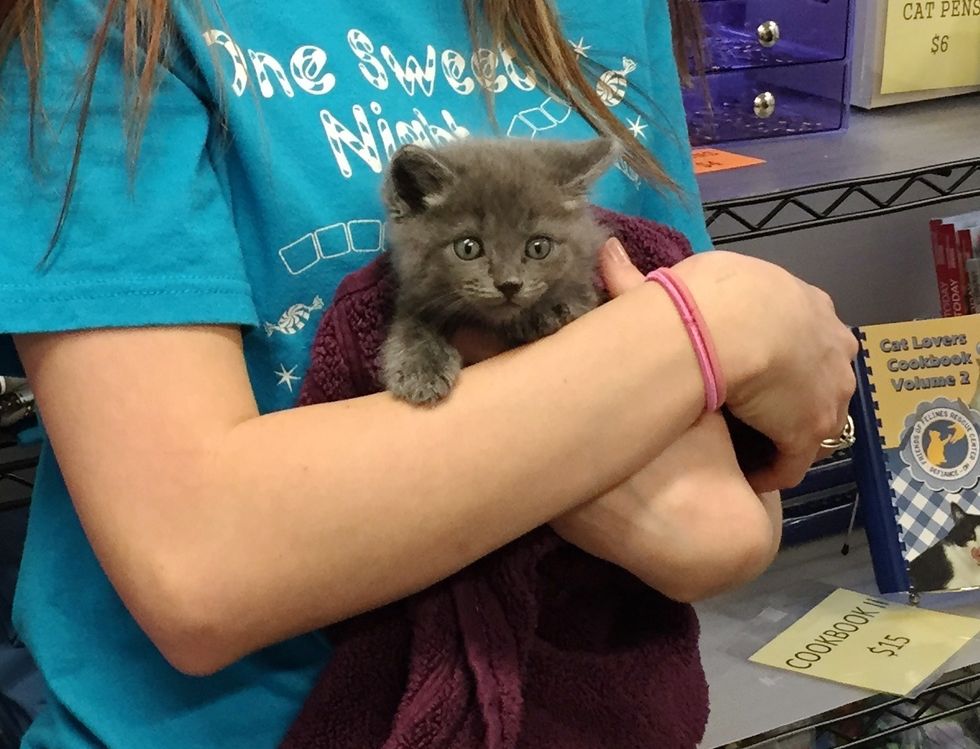 "Magic's rear legs were so deformed, they looked like a pretzel which caused him a lot of trouble when he had to potty," Jacci shares with Love Meow.

In order to help Magic get the best quality life, the vets decided to have his back legs and the tail removed through several separate surgeries. "He went from having to handle those rear legs that caused him pain to a zooming kitten." 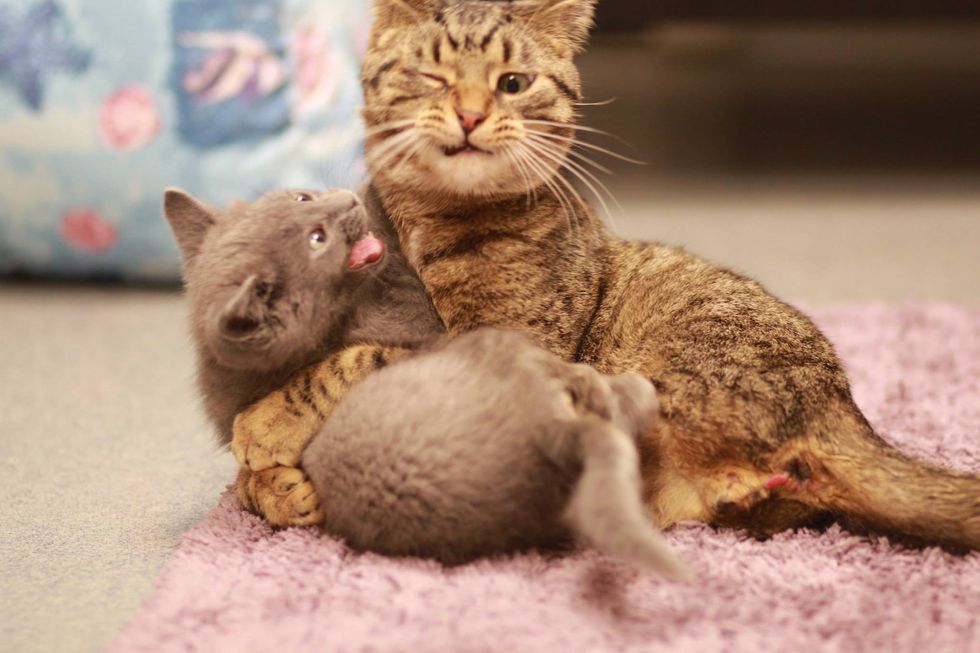 Magic loves everyone, but he adores Trucker the cat, who is also two front legged just like him.

The duo are about the same age and since the day they met, they have been best buddies and do everything together. "There is a real connection between these two cats," Jacci told Love Meow. 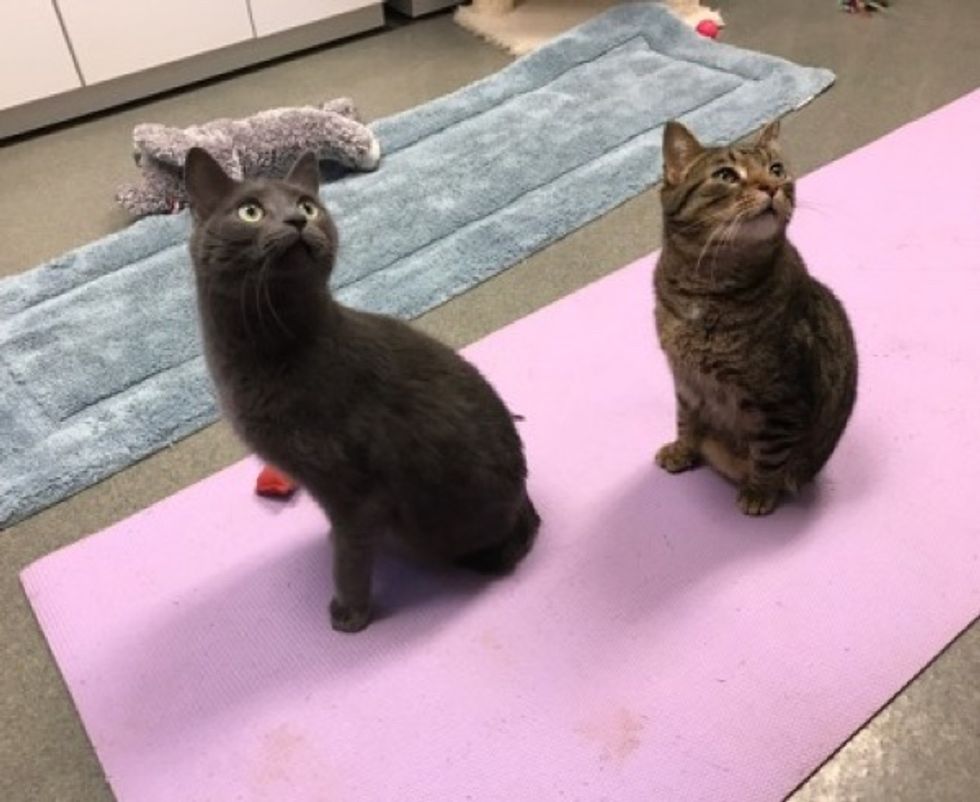 Magic is truly a wonder cat who can do things with no bounds. He has figured out how to use the litterbox on his own and can get around swiftly with his amazingly strong front legs.

Magic has become a permanent resident of FFRC. He is now two years old and is a very happy, capable cat. 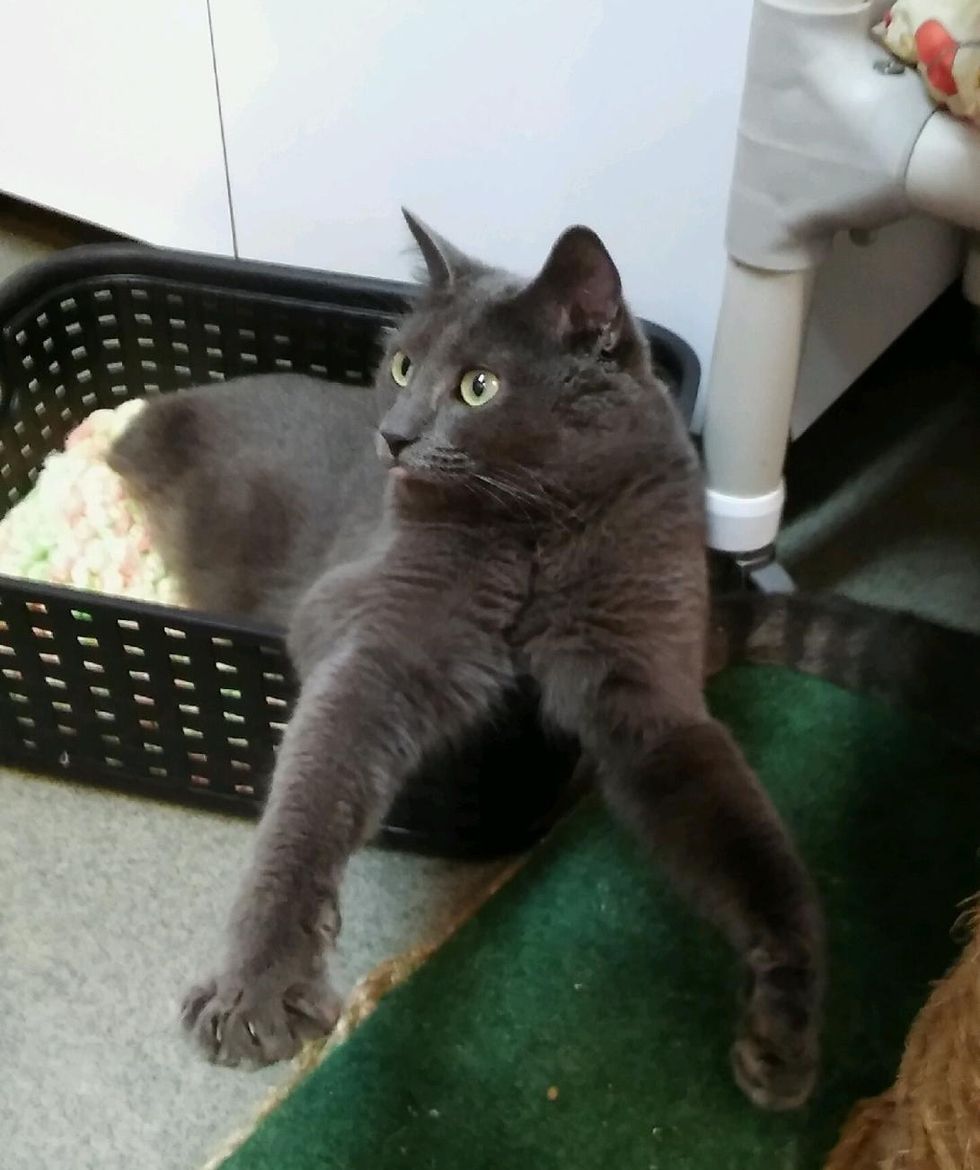 "He's like a beacon to us—showing us that no matter what life throws at you, it can be dealt with," Jacci told Love Meow.

"Some of our cats have disabilities. Cats just figure things out... They do not waste time feeling sorry for themselves—they simply get on with the act of living and have a whole lot of fun doing it! In their heads, they are fine and dandy, just as they are!" 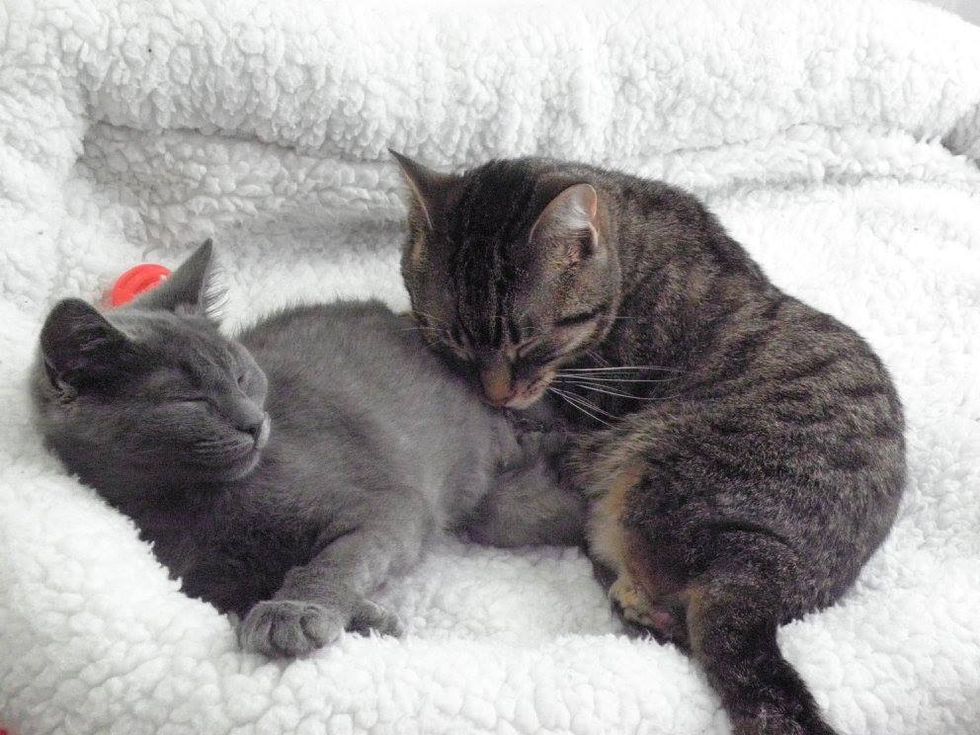 "I know that Magic has been an inspiration to many folks—they've told us how he gives them courage to carry on," Jacci told Love Meow.

"He sits straight up and cranks those front legs in motion full speed ahead, with his head held high!" 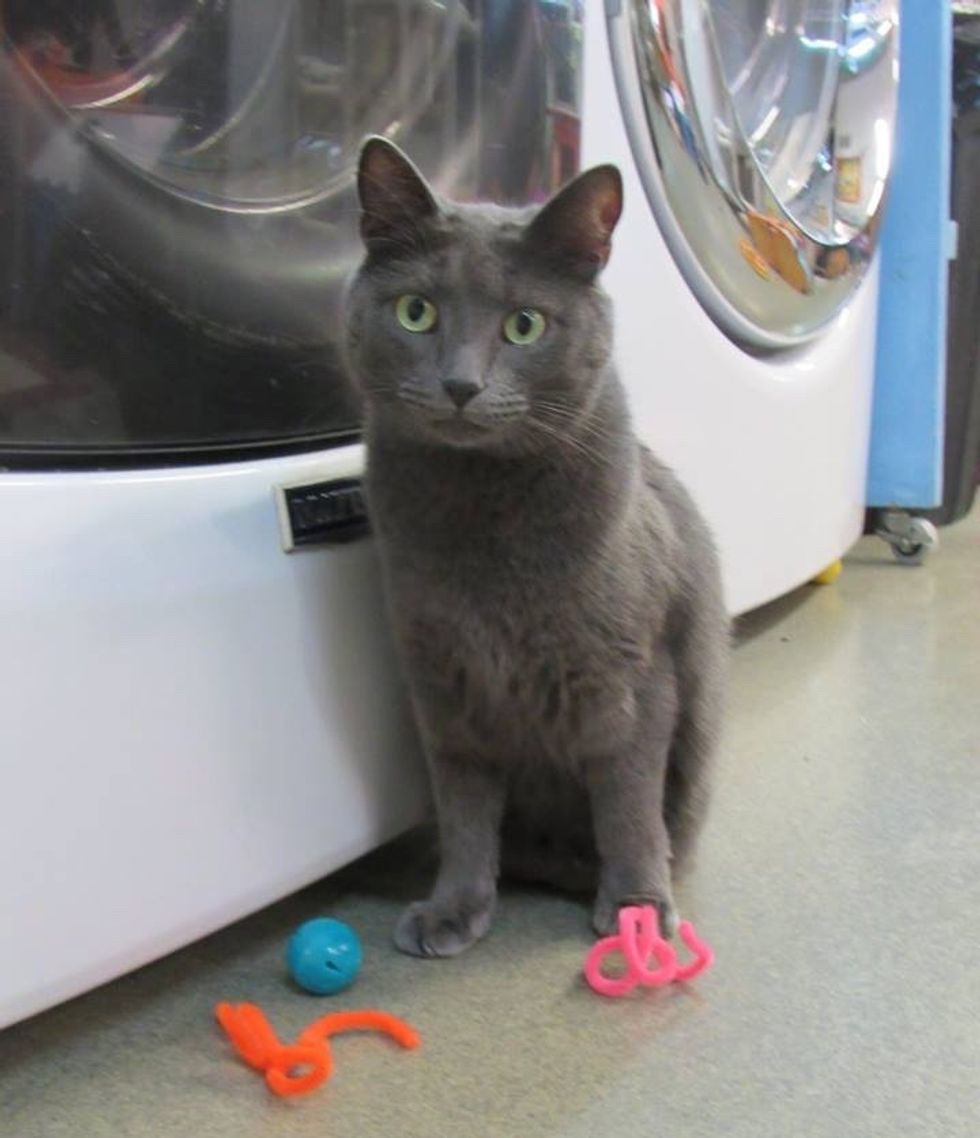 Magic and his best friend Trucker!

Related story: Cat with Only Two Back Legs Surprises Everyone With What He Can Do

Stray Kitten Gets Help to See Again and Surprises Her Humans with Her Adorable Eyes..