This amazing kitty is nothing short of a miracle. He only has two hind legs but he can do anything just like any other cat. 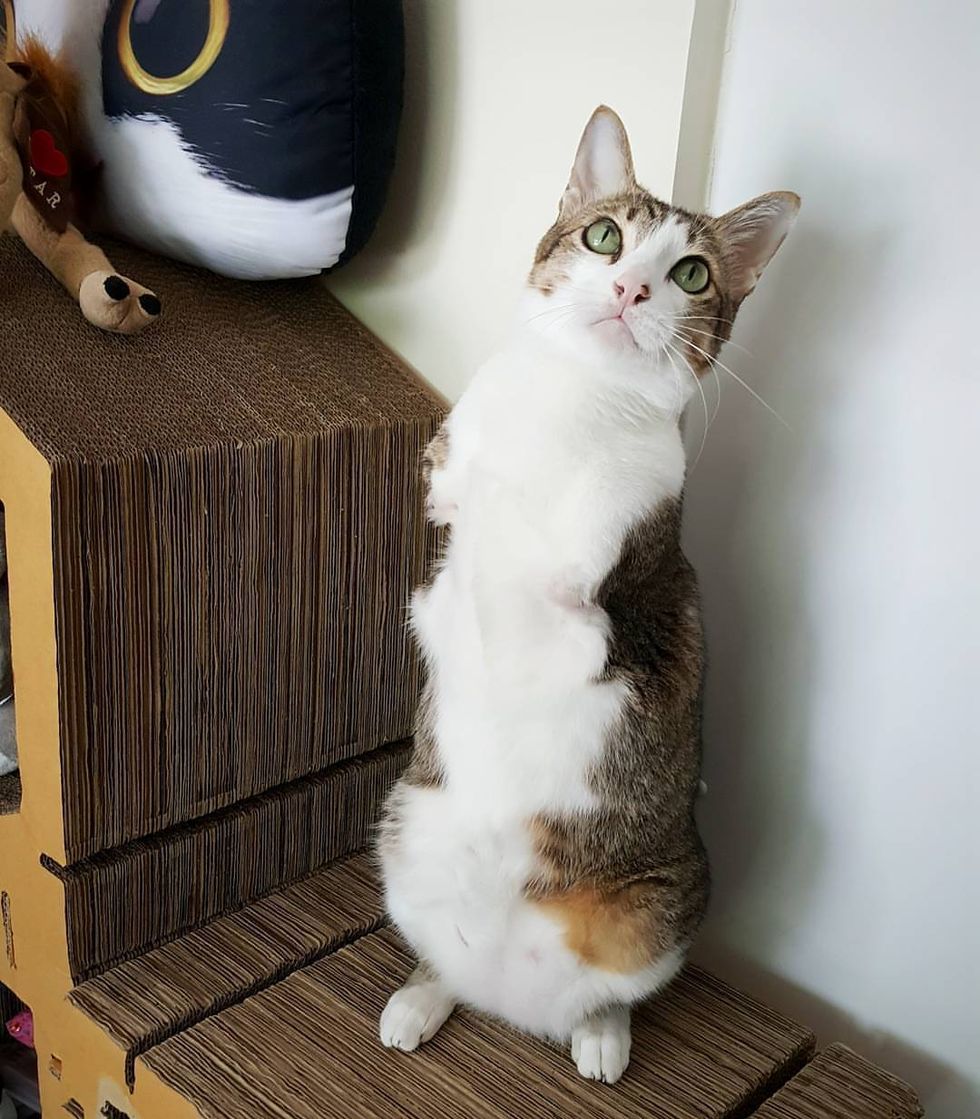 Able the cat has a pair of strong back legs that enable him to climb flights of stairs and hop around effortlessly like a T-Rex. You'd be amazed by just how well he can get around on two.

Four years ago, Able was living a stray life in a city of Thailand, hunting for food and fending for himself. He fell on an electric transformer, and was severely electrocuted but the incredibly brave cat was not ready to die.

A kind hearted woman found him and nursed him back to health. 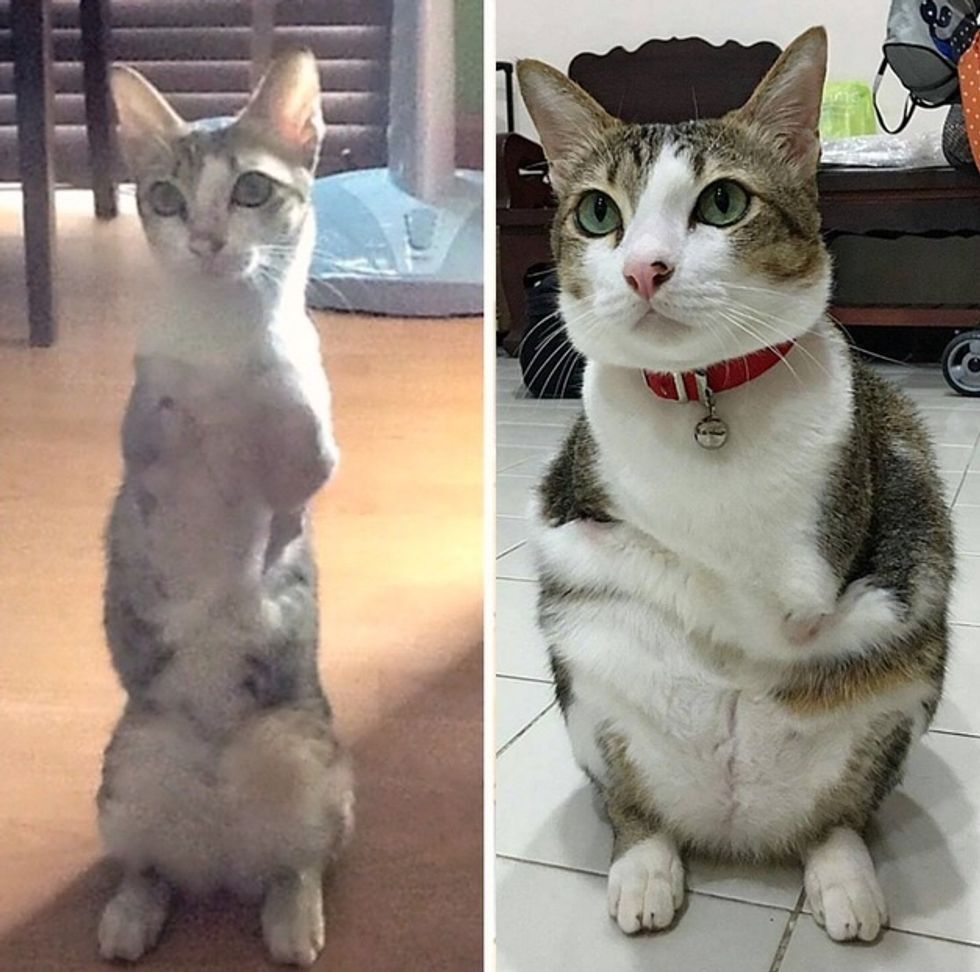 At the beginning, Able struggled a bit as his wounds were sore, but he quickly learned to adapt by standing and balancing on his hind legs.

He is really strong and can climb up and down stairs on his own. When he walks, he bounces like a little kangaroo, and can even jump an impressive height. 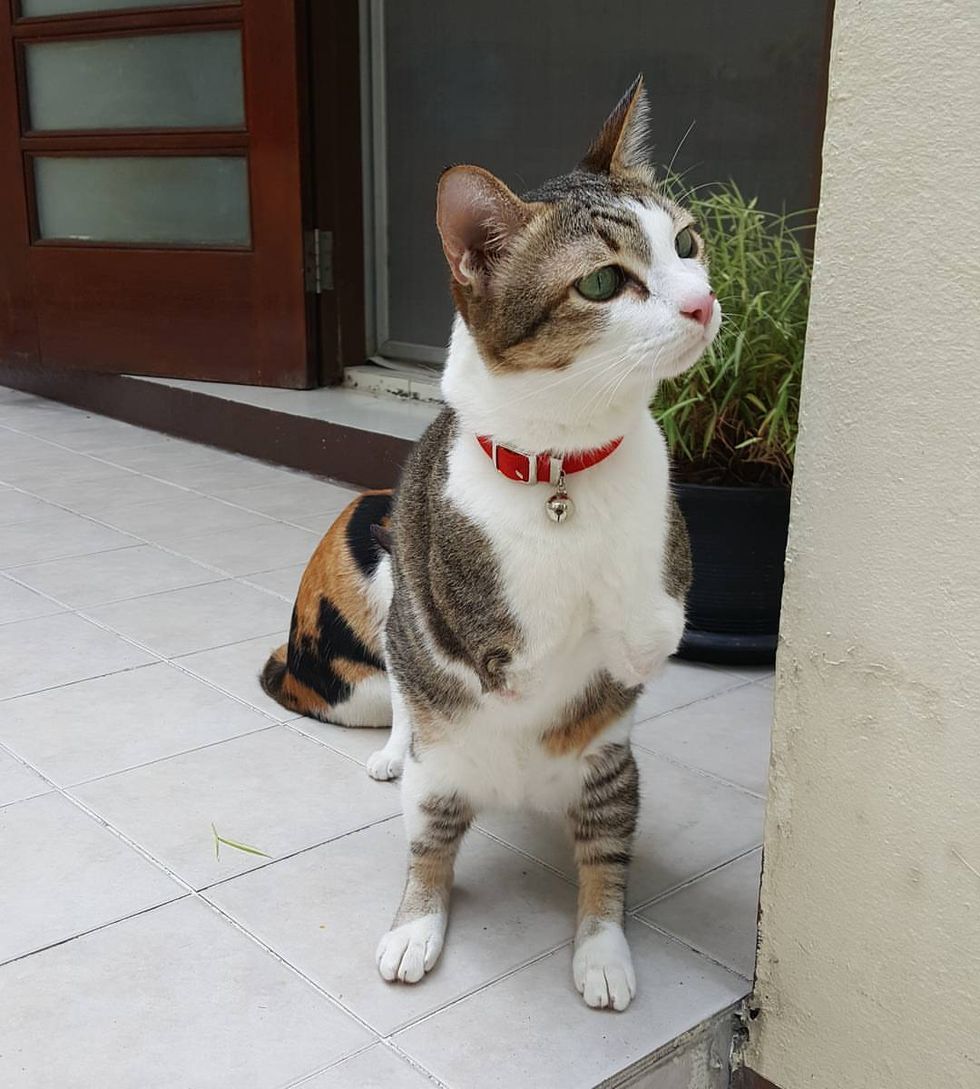 Able has made a full recovery and lives his life with two legs like a champ. His amazing spirit keeps him going and he is the happiest little guy he can be.

Having two legs doesn't slow him down at all. 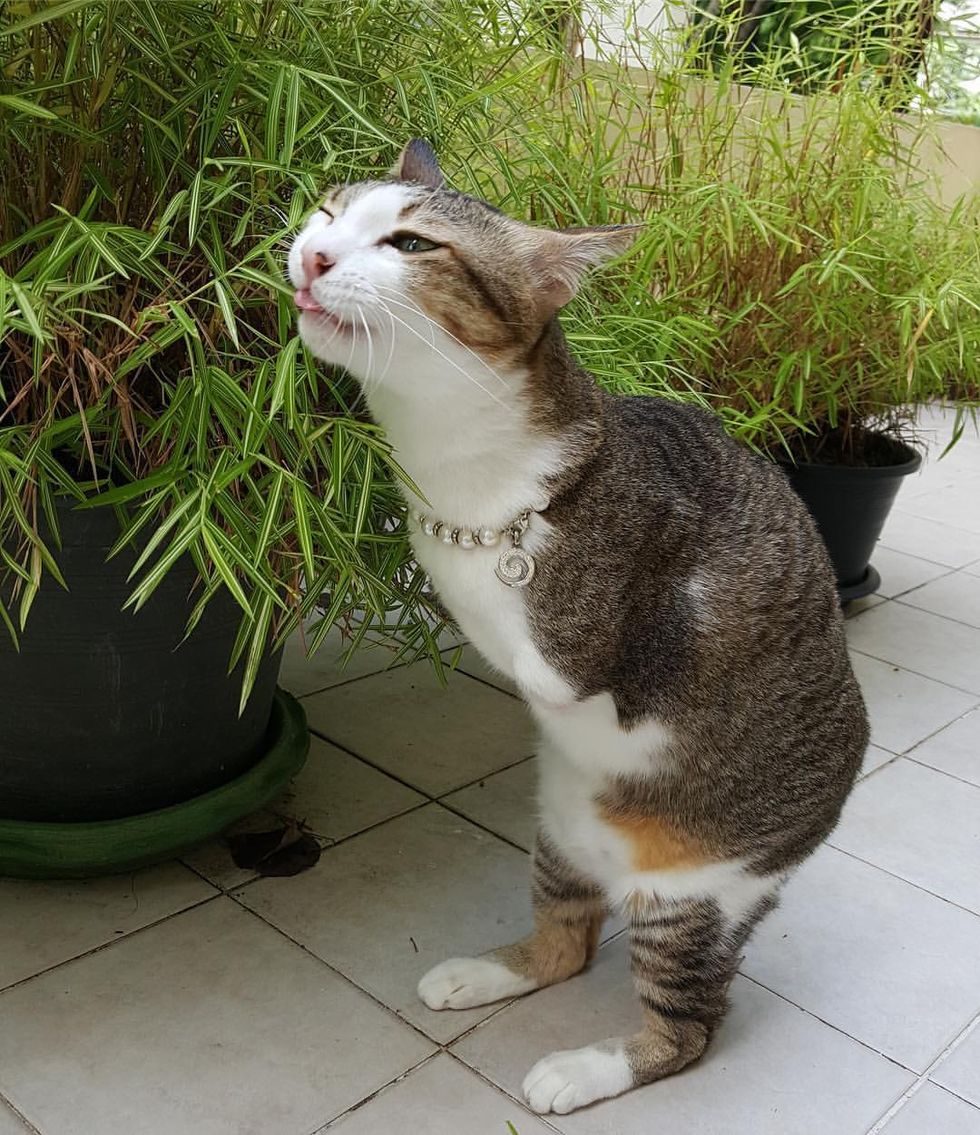 They named him "Able" because he can do anything just like any other kitties.

Not only is he resilient, but he's incredibly smart and often outwits his humans to get what he wants. 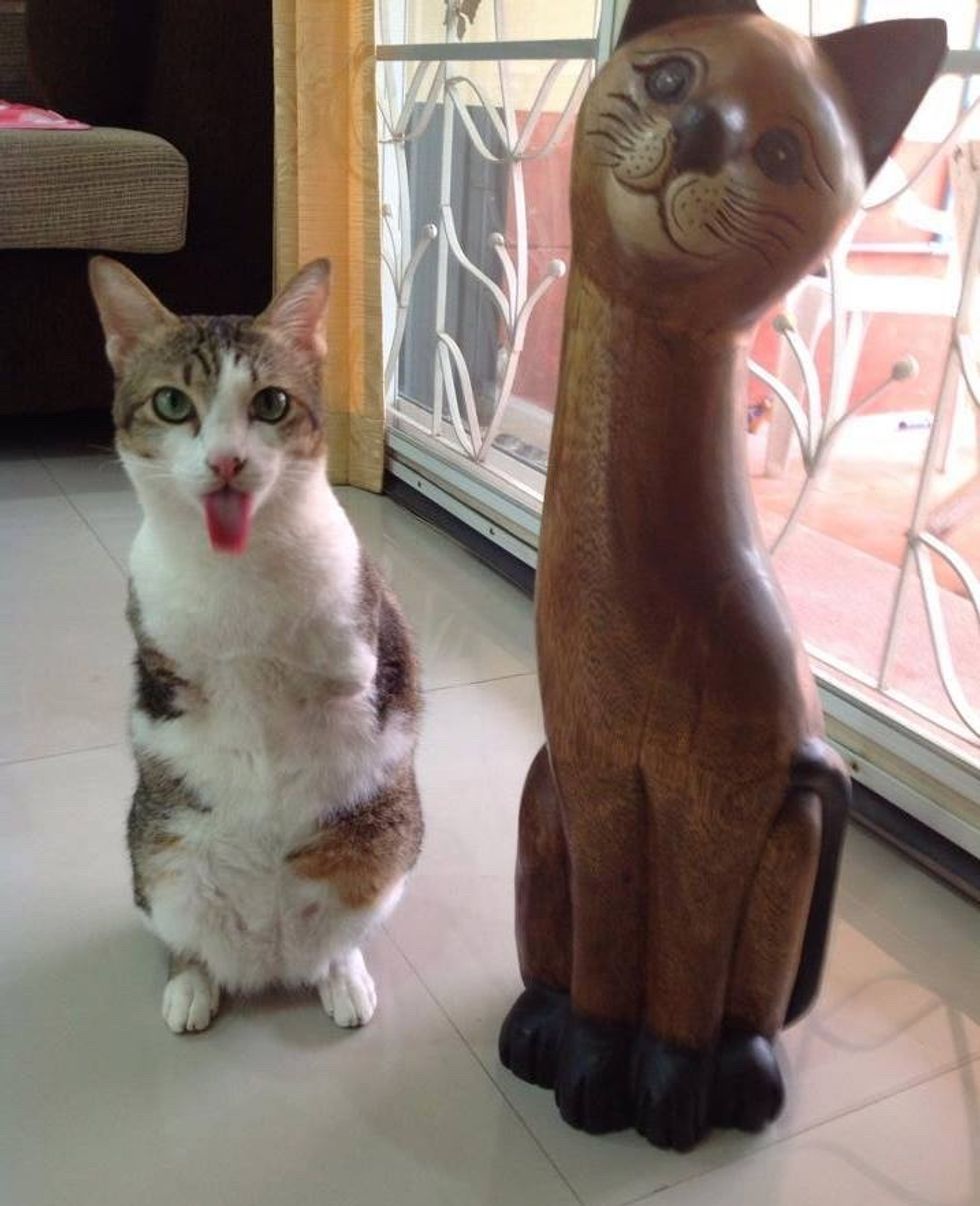 Lounging about, enjoying a relaxing day. 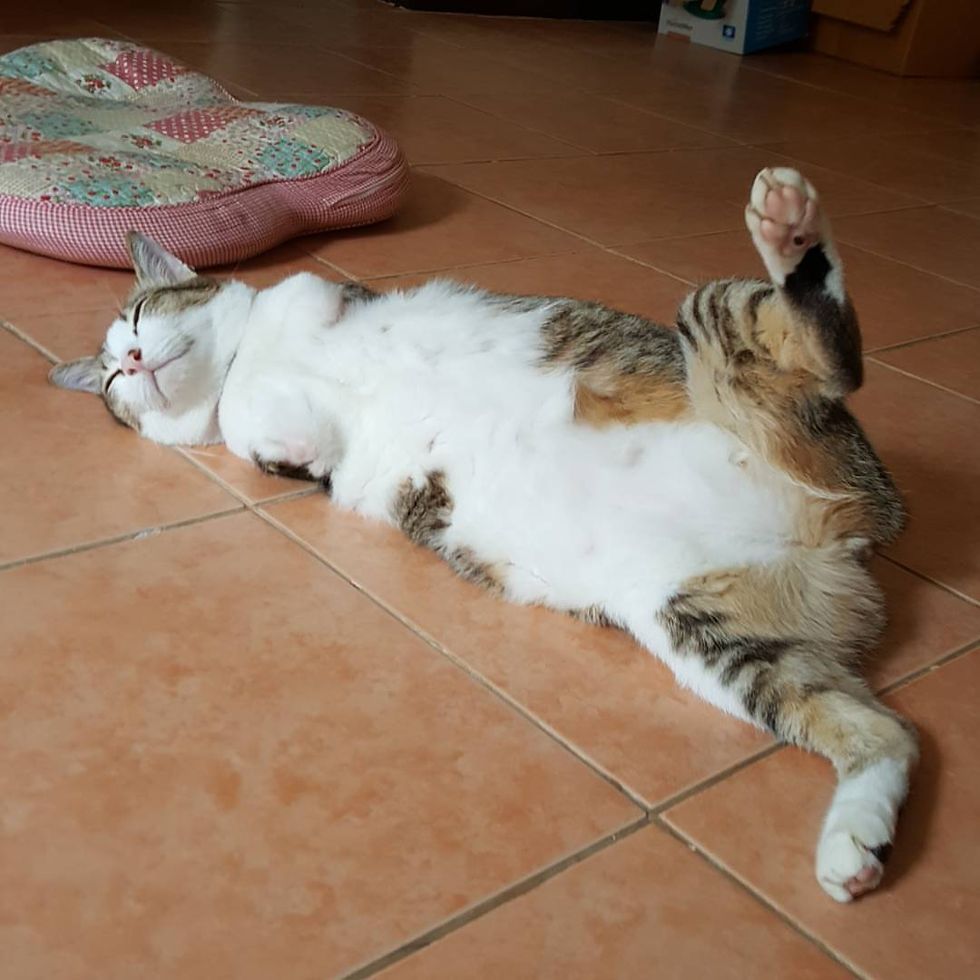 "He is a nice kitty, although he's a bit whiny," Able's human said. "He likes to play with children and will stare into your eyes to get what he wants."

Who could possibly say no? 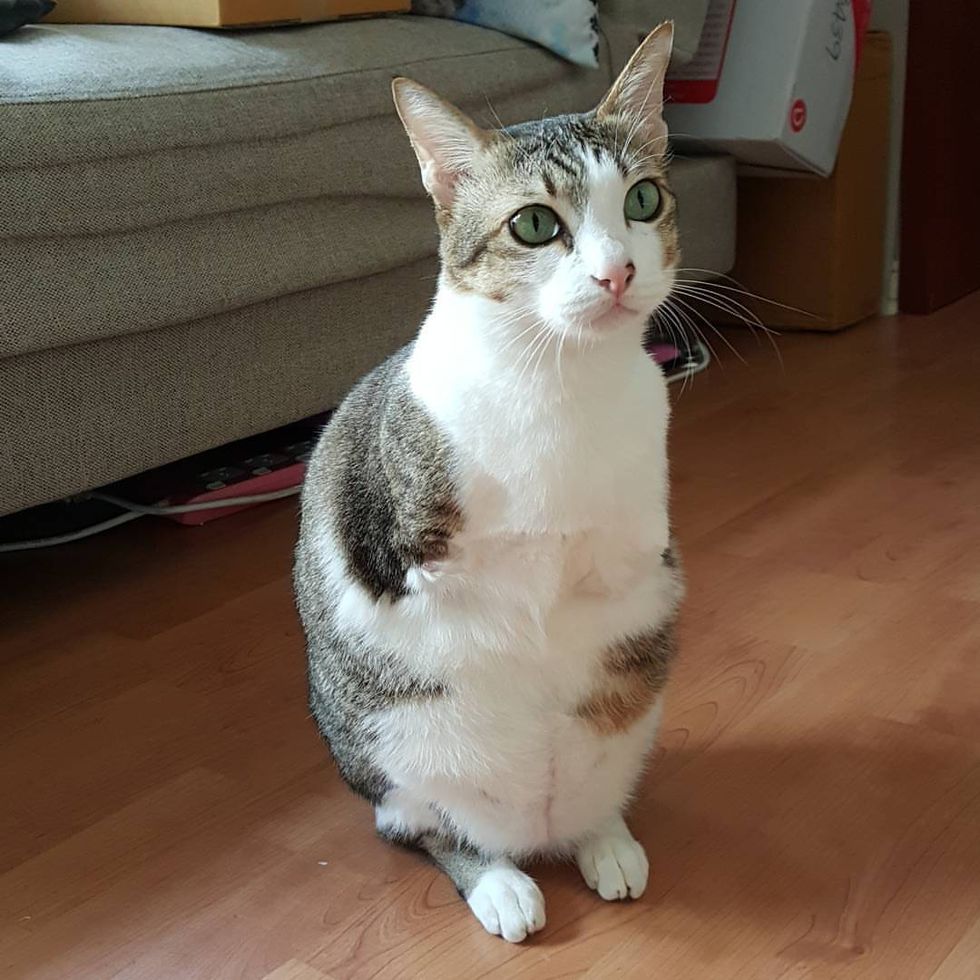 Able has an adopted sister named Fin Fin, who is also very special.

She can't use her hind legs but can get around just fine. The two are totally inseparable. 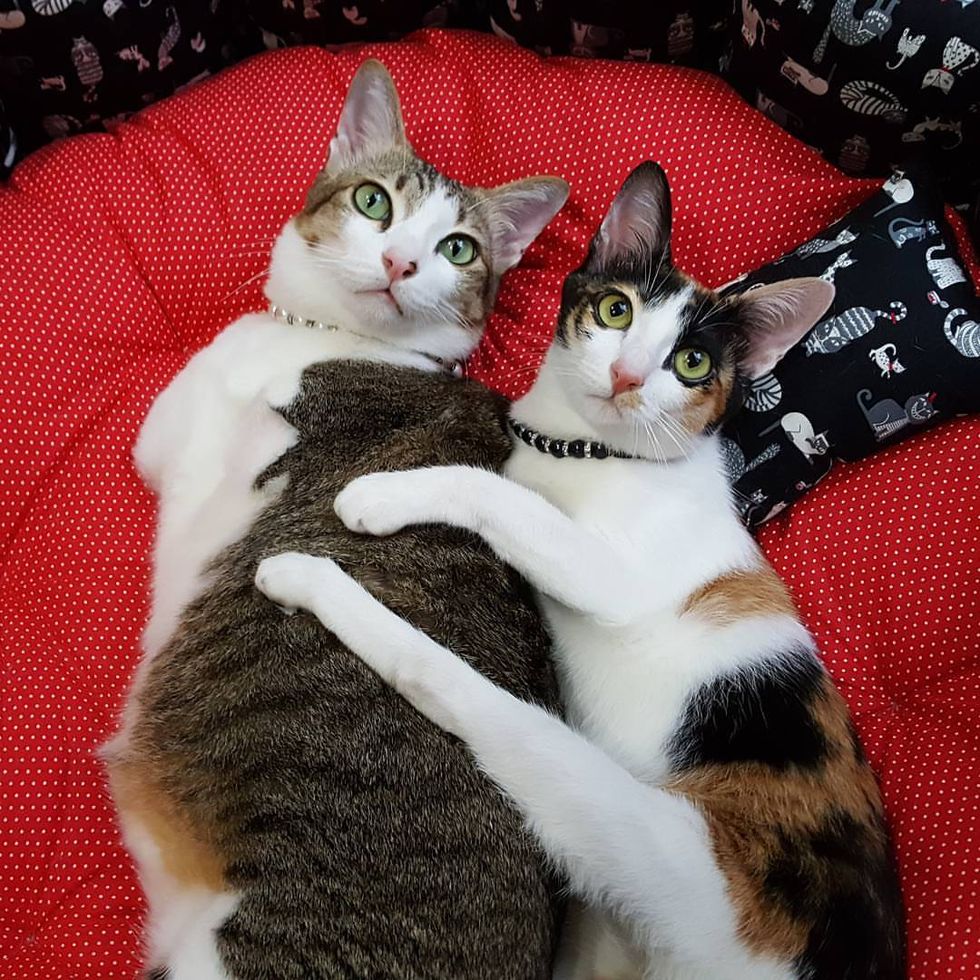 Able's life is filled with love and everything he ever wanted.

Even without his front paws, he never thinks he is any less able. 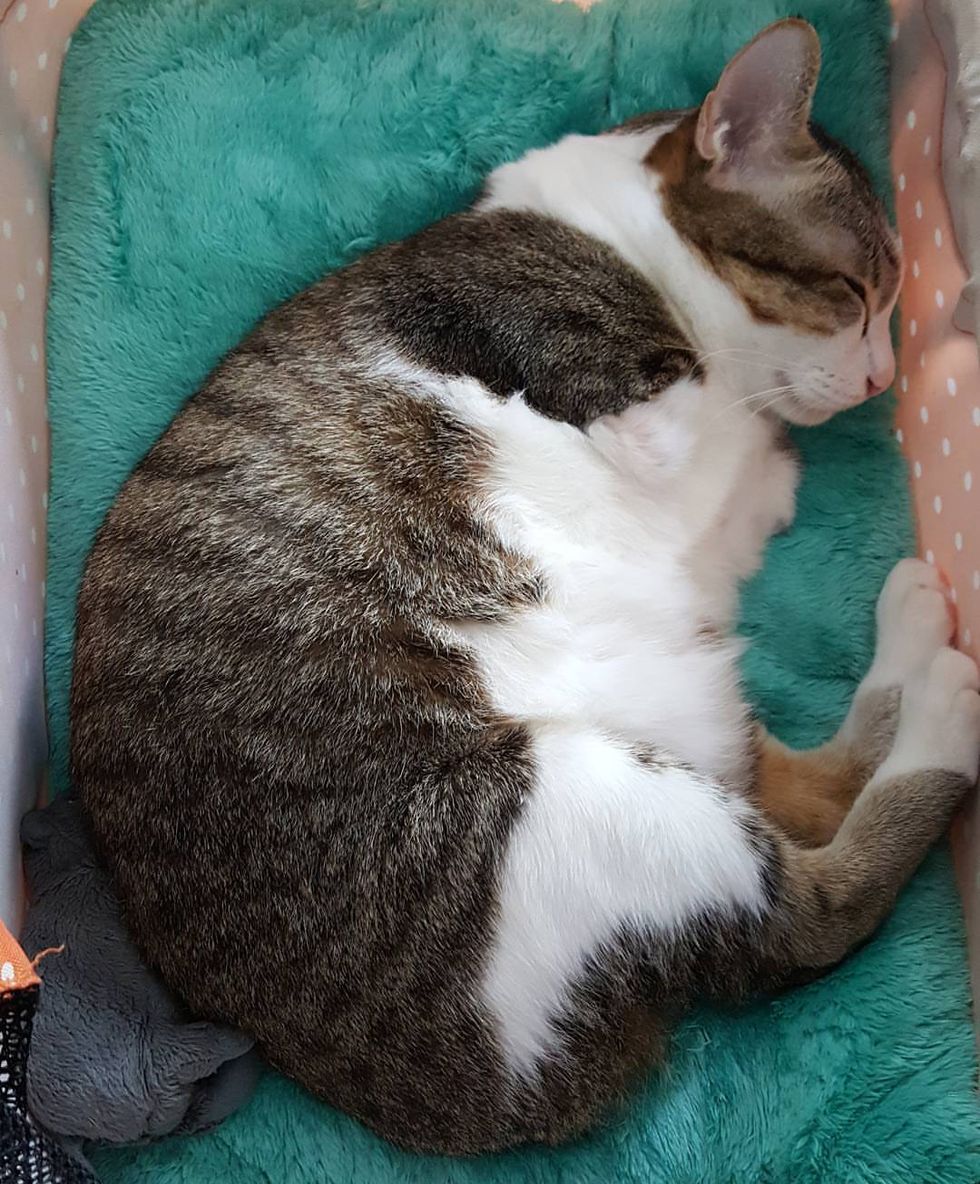 Watch Able climb down the stairs like a pro.