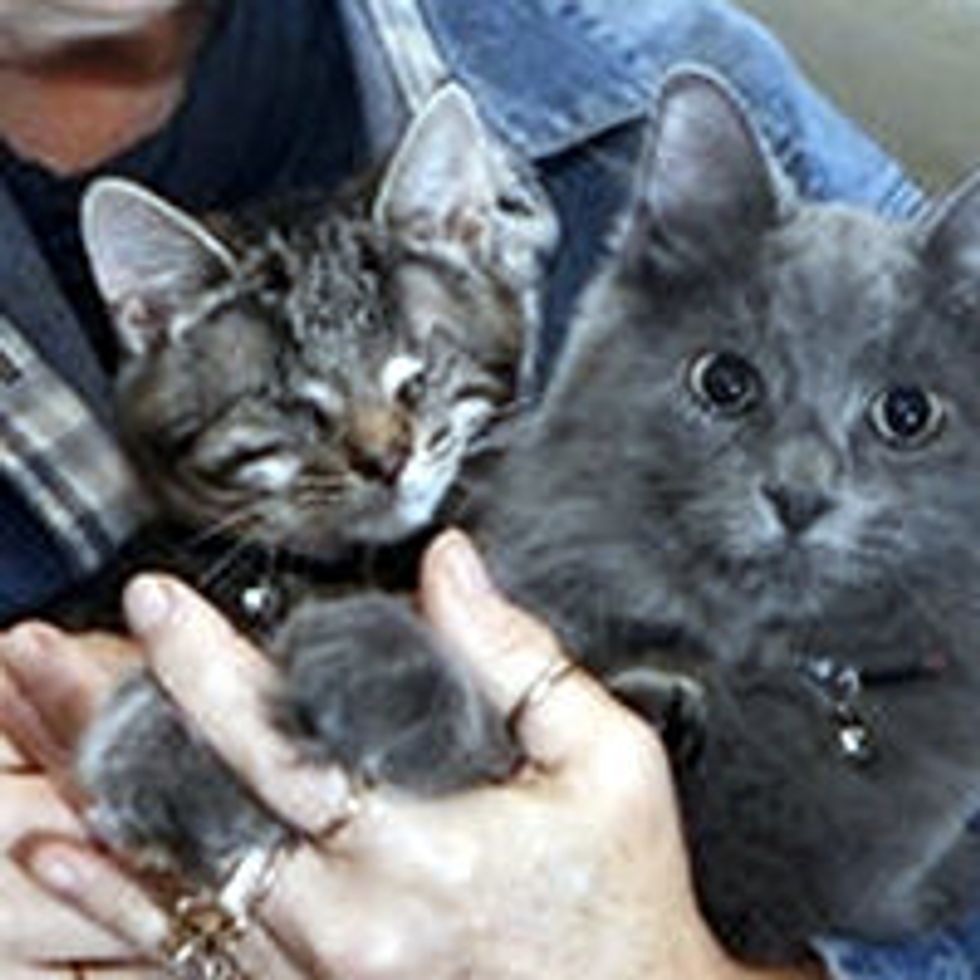 Zipper a gray rescue tabby lost his eye sight but gained a new mom who raced to adopt him. His eyes had severe problems when he was only 4 weeks old. The SPCA Serving Erie County found him on the streets on September 22, weighing in less than 2 lbs, underweight, and was infested with lice and fleas. Though the little guy was in poor shape and most likely couldn't see and would go blind, he wasn't willing to give up.

Zipper was happy and showed a good appetite while he was at the SPCA. Later they brought him to a morning news segment to ask for help. This is when Suzanna Hoak saw him on television, and it was love at first sight.

When Hoak met Zipper, her only reaction was, “I have to take him home and make him better.” The SPCA provided all the instructions on how to administer his medications. (See full story at The Buffalo News).

Today Zipper (now named Maxx) has gained a forever home that loves him to pieces and a kitty best friend, Jaxon who was adopted by Hoak earlier in July. The two bonded immediately when they met. “Jaxon absolutely loved him,” says Hoak via the Buffalo News. “He would leap on him and start licking him, cleaning him and grooming him.”

Suzanna and her beloved cats