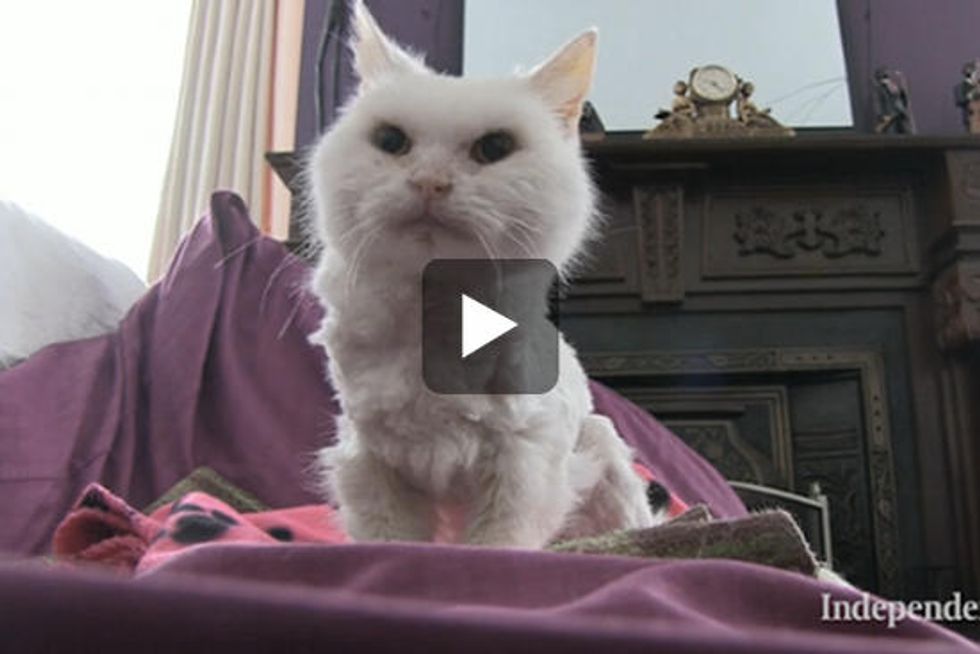 When Phoebe’s human rescued her, she wasn’t expected to live for long because of her poor health, but Caroline took her in anyway along with her brother. Phoebe has way outlived what people expected of her. She will celebrate her 25th birthday next August, is in the process of being titled the world’s oldest living cat by the Guinness Book of Records.

Phoebe has lived for nearly a quarter of a century or 115 in human years. She was born a small kitten and remained small throughout her life. “She has always been quite small. I wouldn’t say that she isn’t showing signs of her years now. She sleeps quite a lot, though she is able to get around for short walks and is quite mobile,” Caroline said via independent.ie.

Caroline believes that careful feeding, never putting on too much weight and being regularly exercised are the secrets to Phoebe’s longevity.

“I just can’t imagine having a pet more loving and faithful than her. She waited for me every day when I came home from work. She knew my clock," Caroline added.

Once Phoebe’s birth certificate is verified, she will be the world’s oldest living cat by a margin of more than two months.

When Phoebe was rescued by Caroline, she wasn't expected to live for long, but she will turn 25 next August and is now in the process of being crowned the world's oldest living feline.

“I just can’t imagine having a pet more loving and faithful than her. She waited for me every day when I came home from work. She knew my clock."