A ginger stray cat found himself in a bad situation at a local McDonald's in South Bend Indiana where he got injured from a car's hot engine. It's most likely that he crawled into an engine compartment for warmth.

It took a village to bring the cat to safety. Several people including volunteers from the Meow Mission brought traps. They set up to work in shifts so someone was there around the clock. 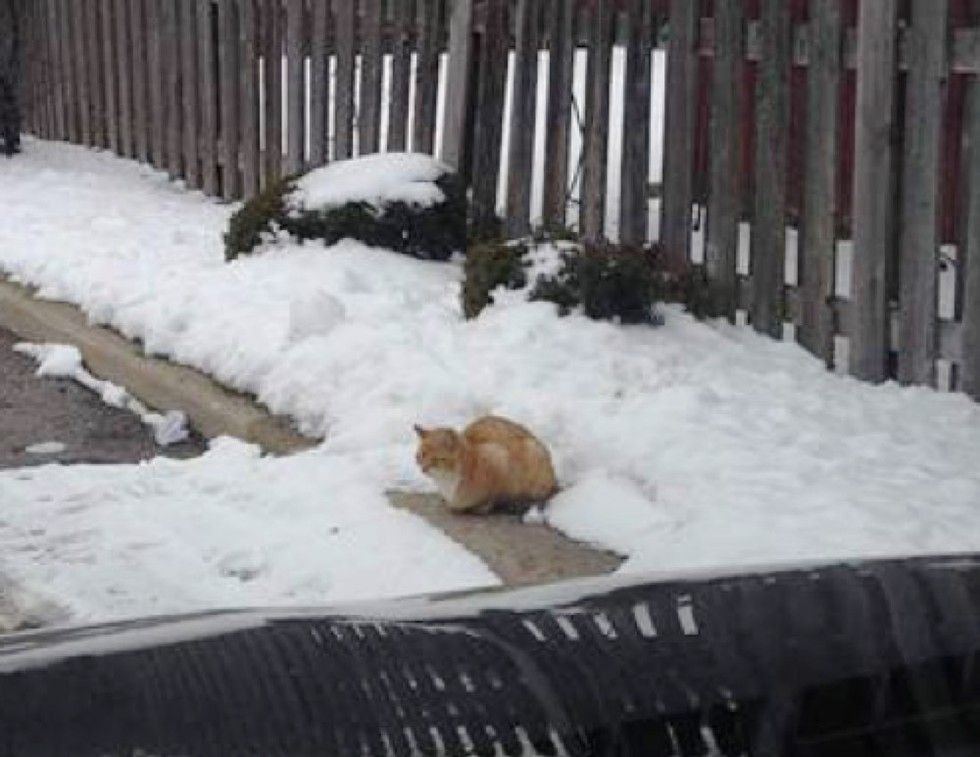 After two long days, they finally got him!


"We caught three other cats in the process. We were getting ready to call it a night around midnight when our friend Rebecca (who first alerted us to the problem) called to say one of the wonderful workers at McDonalds was able to get Sherbert in a trap! She rushed over to pick him up and bring him to us," The Meow Mission said.

They named him Sherbert . 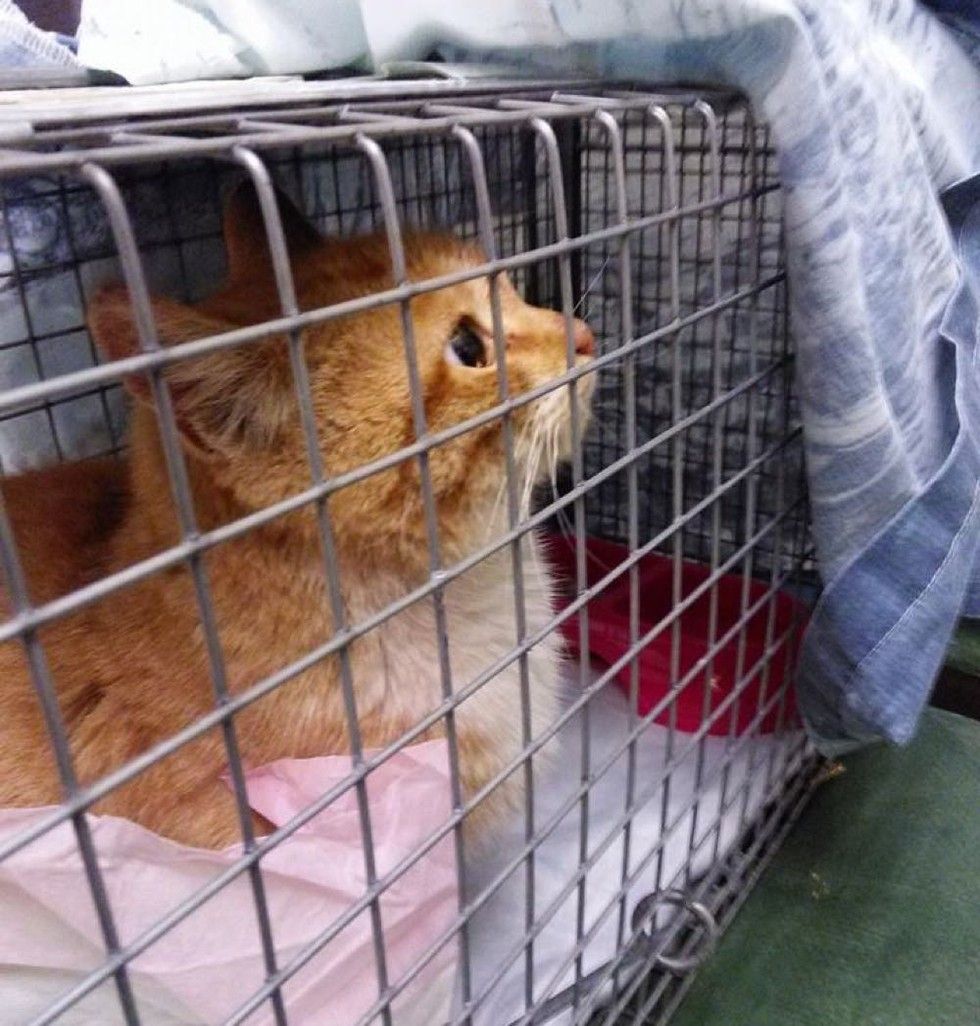 The vet and the volunteers worked tirelessly to save Sherbert. He started to eat and drink a lot of water. "We gave him some pain meds and started an antibiotic."


Dr. Kryder gave Sherbert emergency surgery to save his life. They couldn't keep one of his legs and the tail, but they brought his life back and he is on mends! 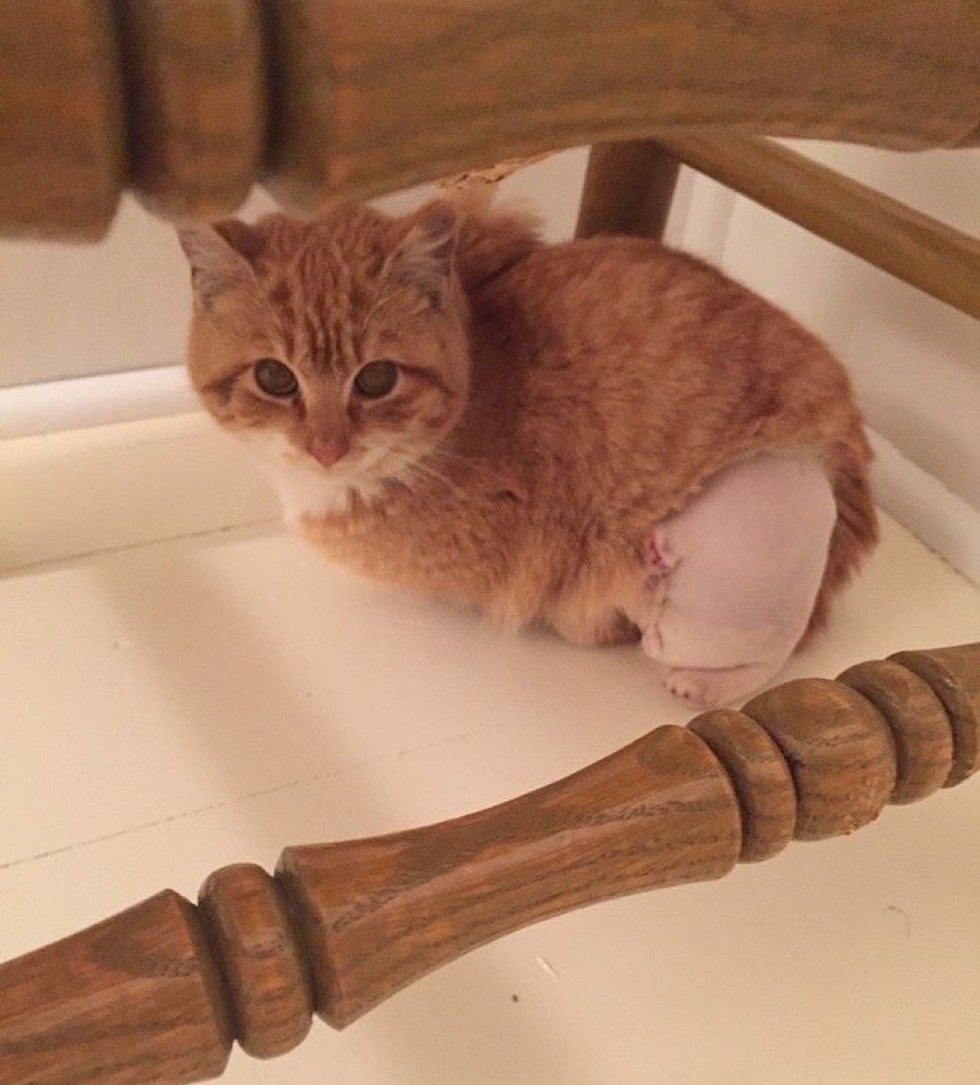 Sherbert's spirit was lifted during recovery at his foster home. He came out of his shell and became a real lovebug. "He has perfect litter manners and tuna is his most favorite thing in the world!" 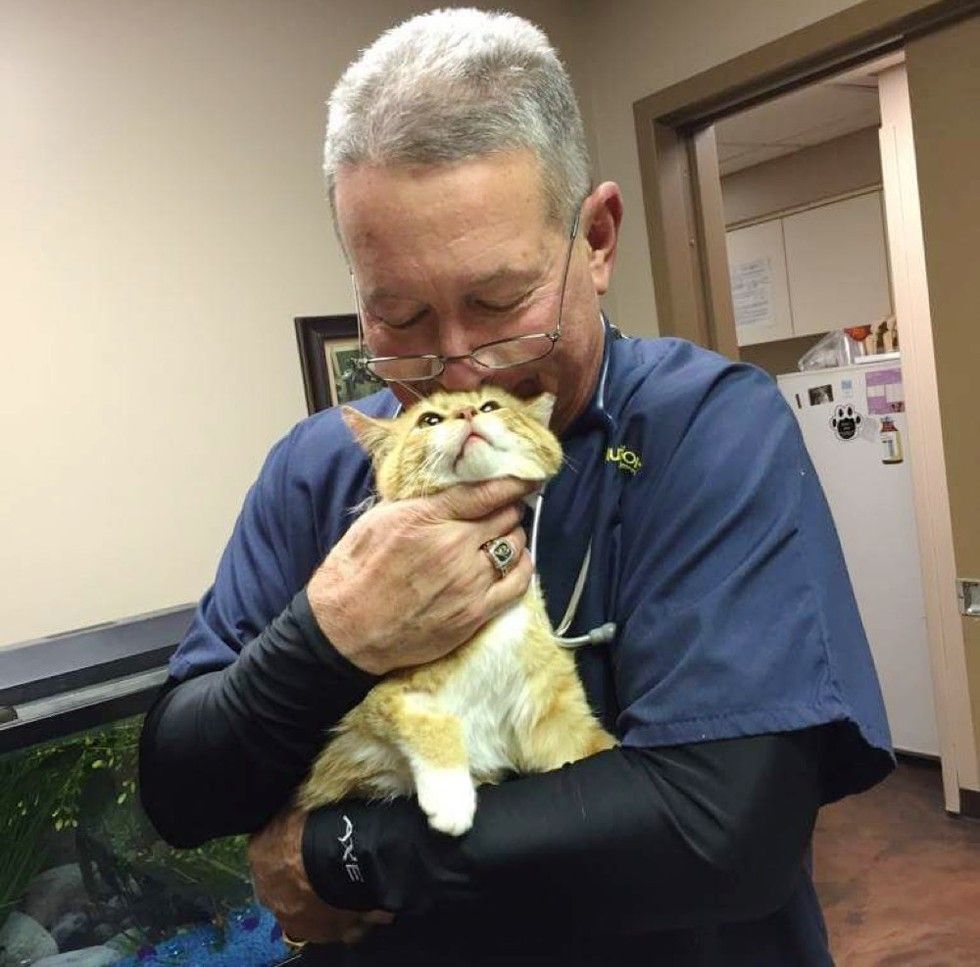 When Sherbert met his forever human...


"When Meow Mission first posted his rescue I fell in love and told them right then I would love to take him home and make him a pampered house cat," Breann told Love Meow. 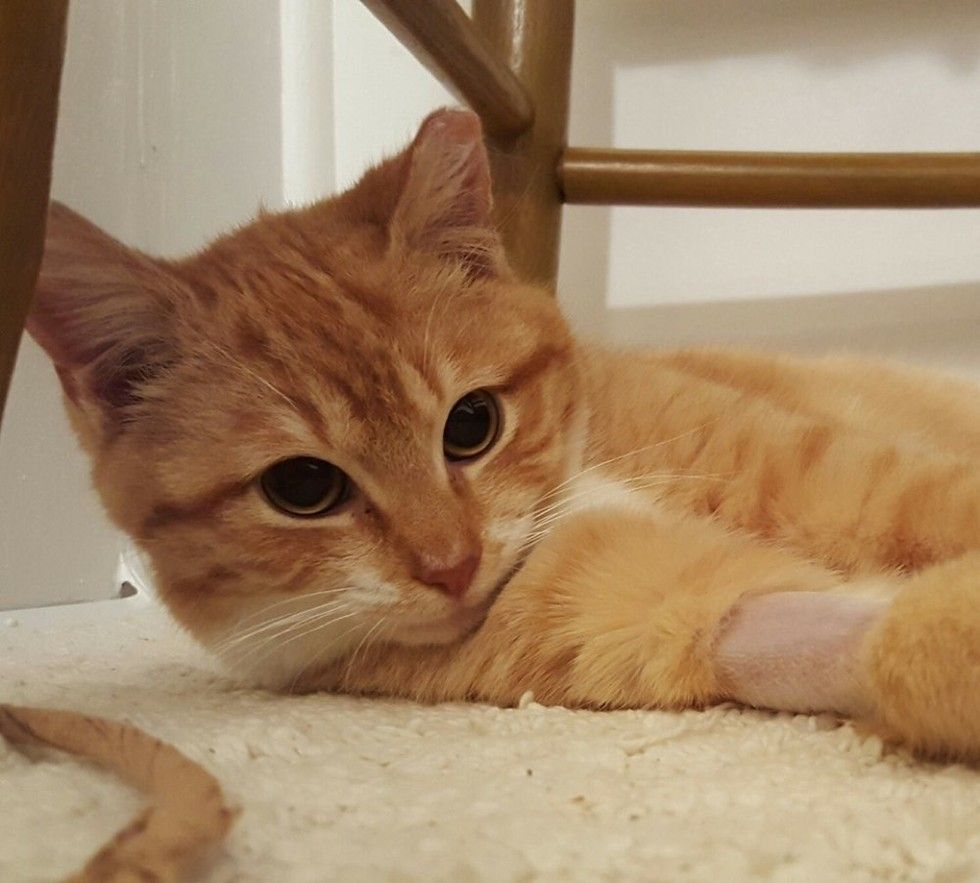 "When I first went to visit him at his foster mom's, he was very scared and nervous. I sat on the floor for an hour spoon feeding him canned food to try and gain his trust. By the end of my first visit, he let me rub his head," Breann said.

Sherbert cuddling with his human mom! 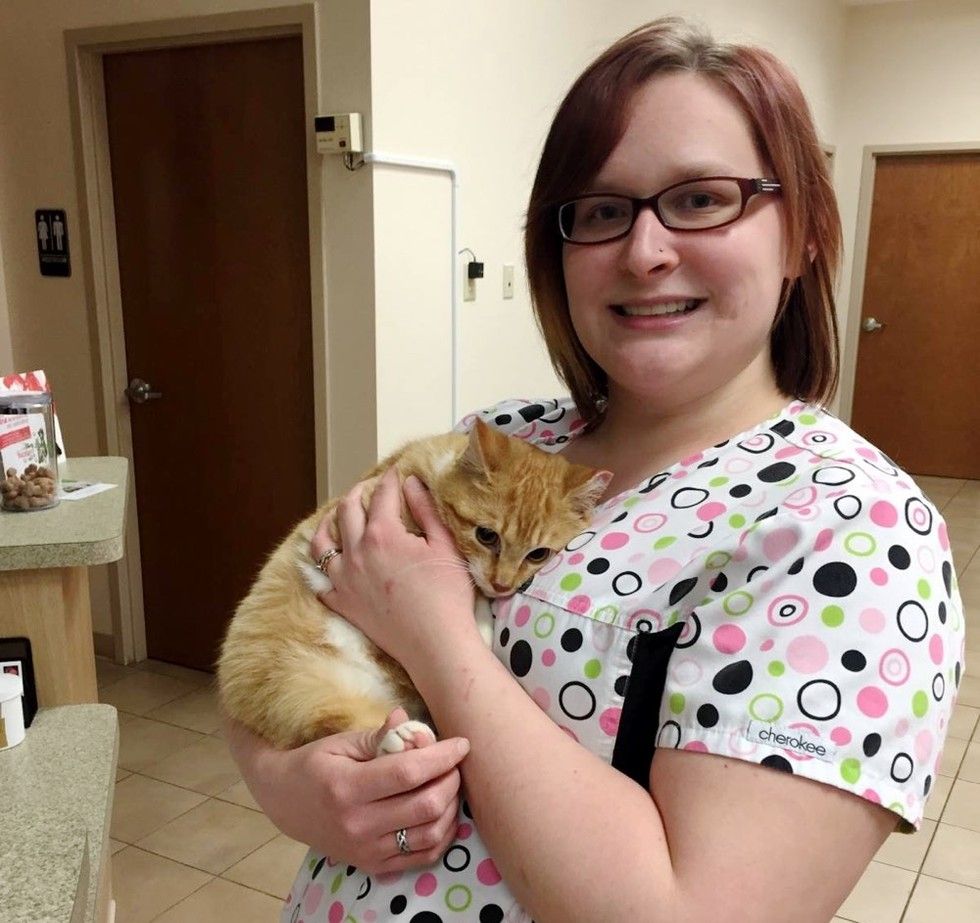 Finally at his new home!


Sherbert is adjusting so well with three legs. He can walk around the house like a champ and is loving all the new toys and treats! 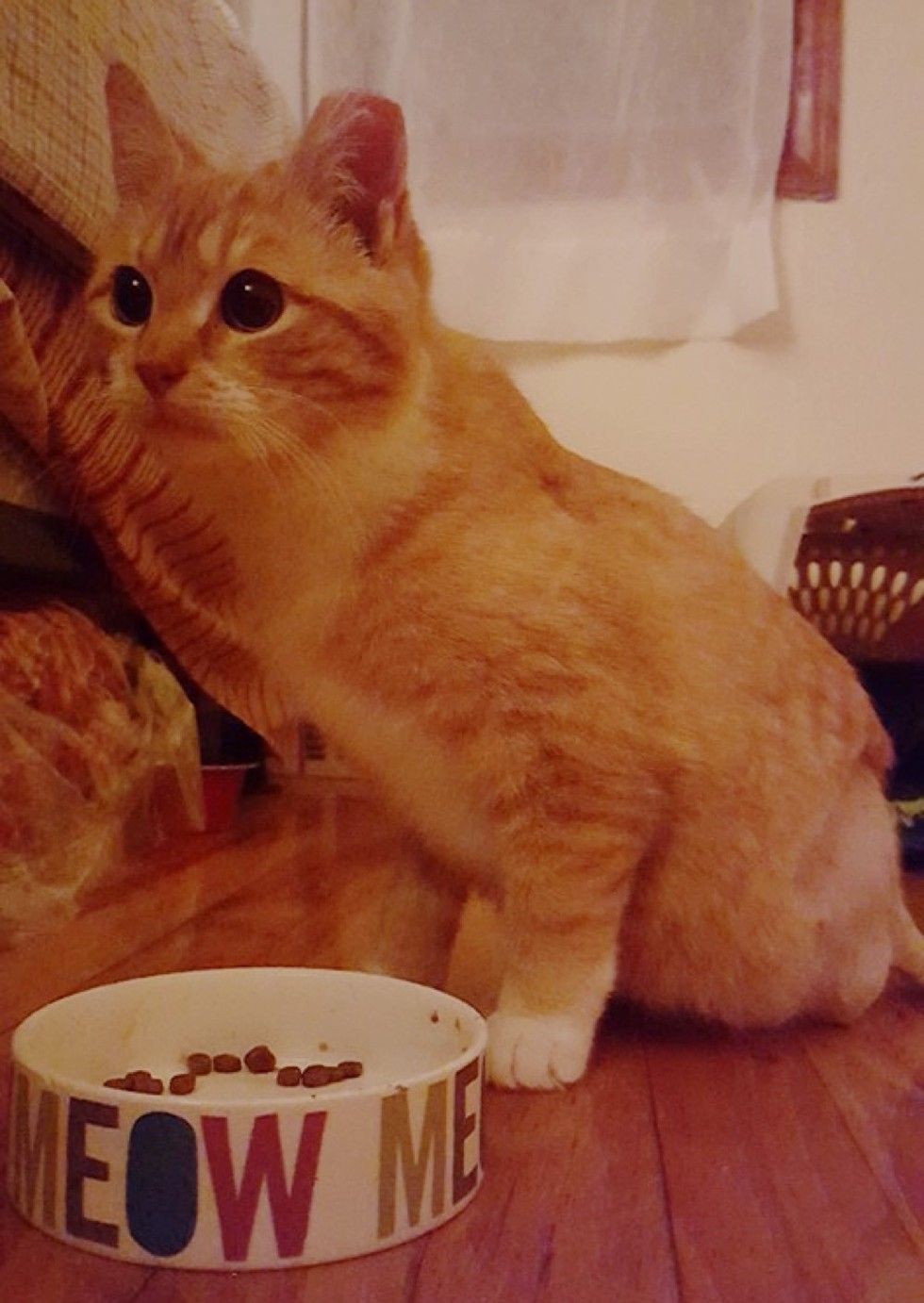 "He is doing great! He loves to play with his toys and especially loves canned food! He starts meowing at you as soon as you walk in with it, he gets so excited," Breann told Love Meow. 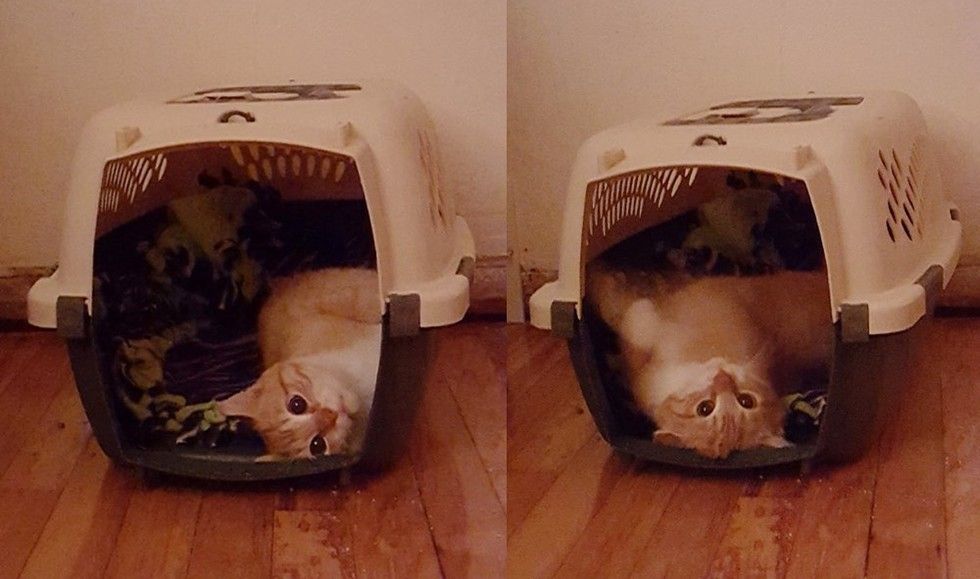 What a little trooper!

Sherbert the cat never gave up and neither did his rescuers. Today he's living the life like a king as an incredible tripawd! 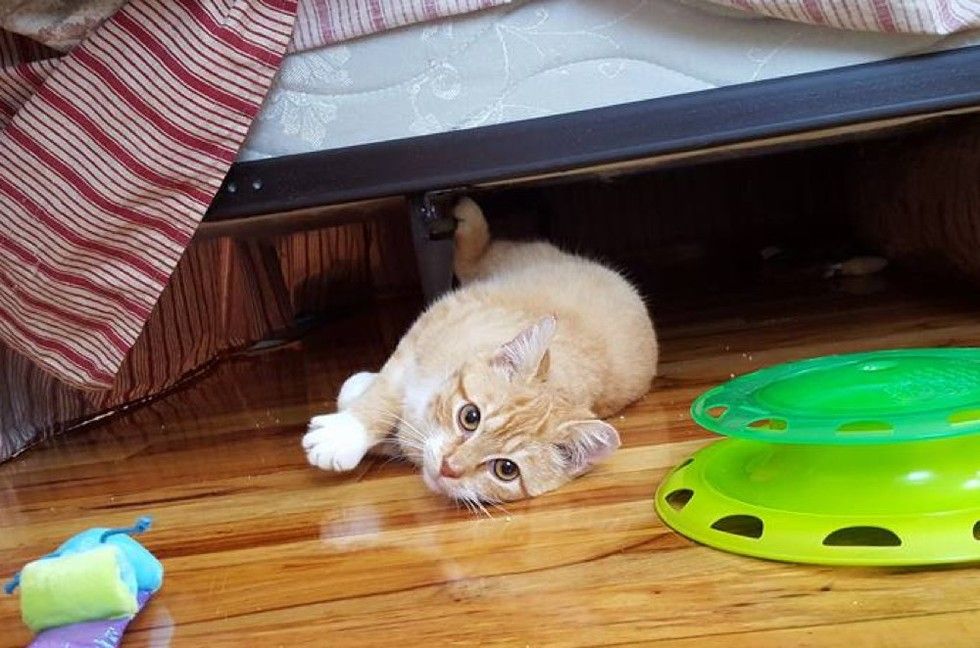