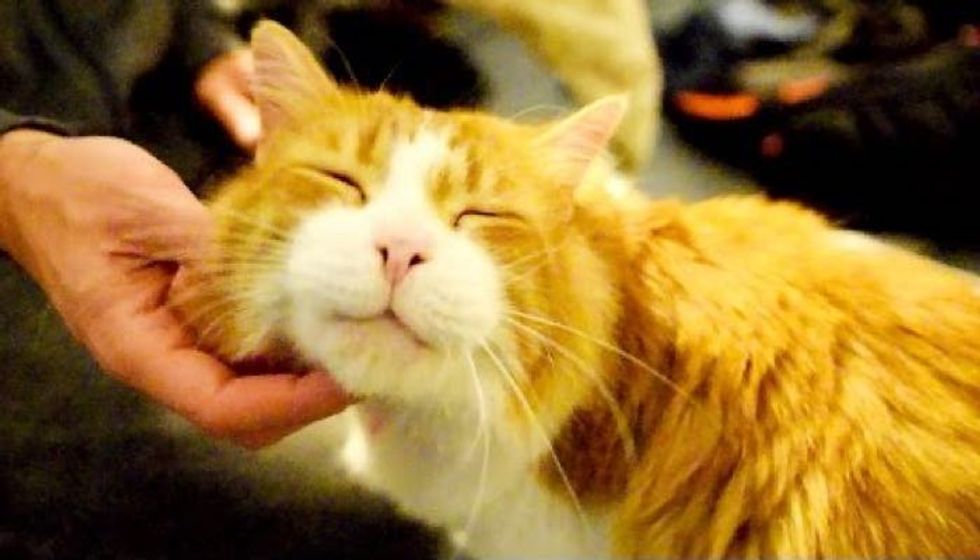 That is some of the cutest purrs I have heard!

With such a cute unique purr that mimics the sound of a cricket, it's hard to believe that Tribble, a beautiful ginger and white cat, was returned twice to the shelter and couldn't find a forever home until he was 7 years old.

Tribble is a super lovebug who switches on his turbo powered purr motor as soon as he sees his humans in the room.

He was 7 years old when Kimm and her husband adopted him (last year) along with a tortie cat named Turtle. "They chose us, really," Kimm told Rob of theShokoshow.

"He was in the first home for three years before his owner died. Was returned to the shelter for a few months before being adopted by a family with four small children. They terrorized him for three or so years and he did not like that. He retaliated which did not please the mother. He was returned again.

One of the provisos of us adopting him was that he was going into a calm home. Tribble was their favorite cat in the shelter. He chirps like a cricket and is super friendly. He was also the 'test cat' when introducing new dogs into the shelter. If Tribble was cool with them they were then deemed cat-friendly."