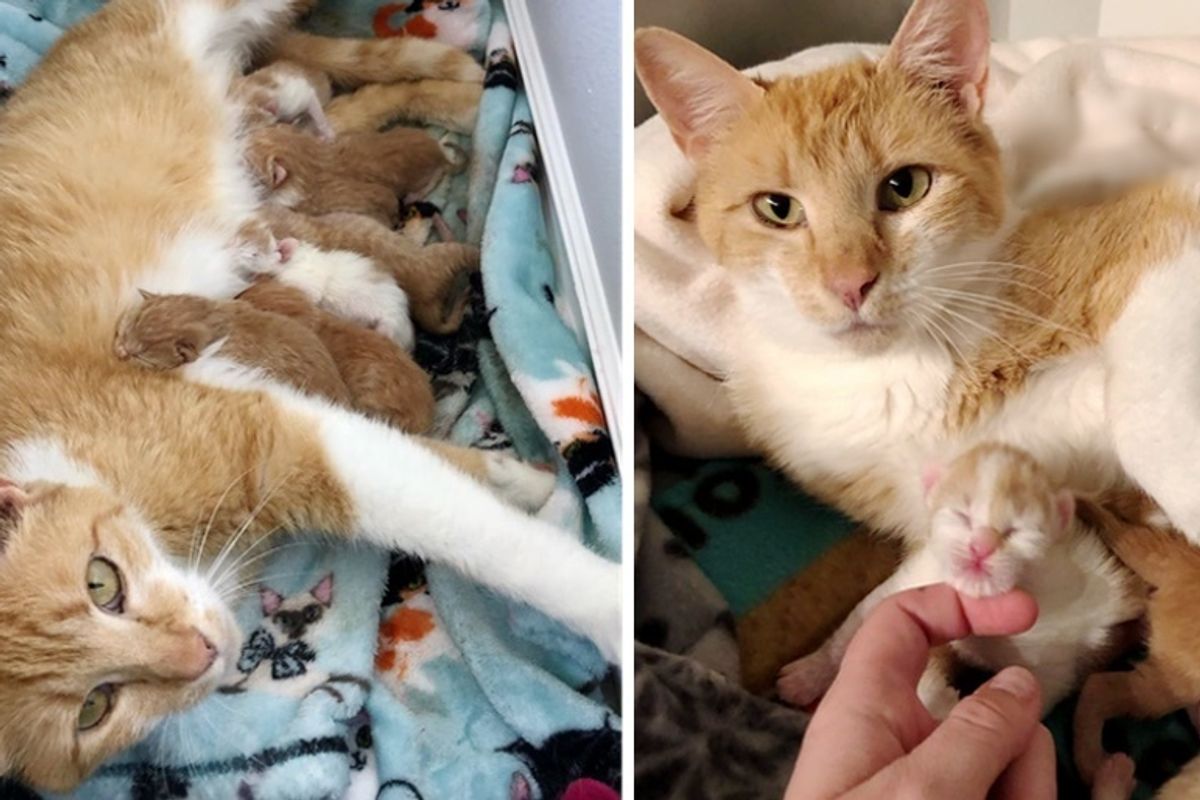 A farm cat was so happy when she found a comfortable home to have kittens. She couldn't stop purring. 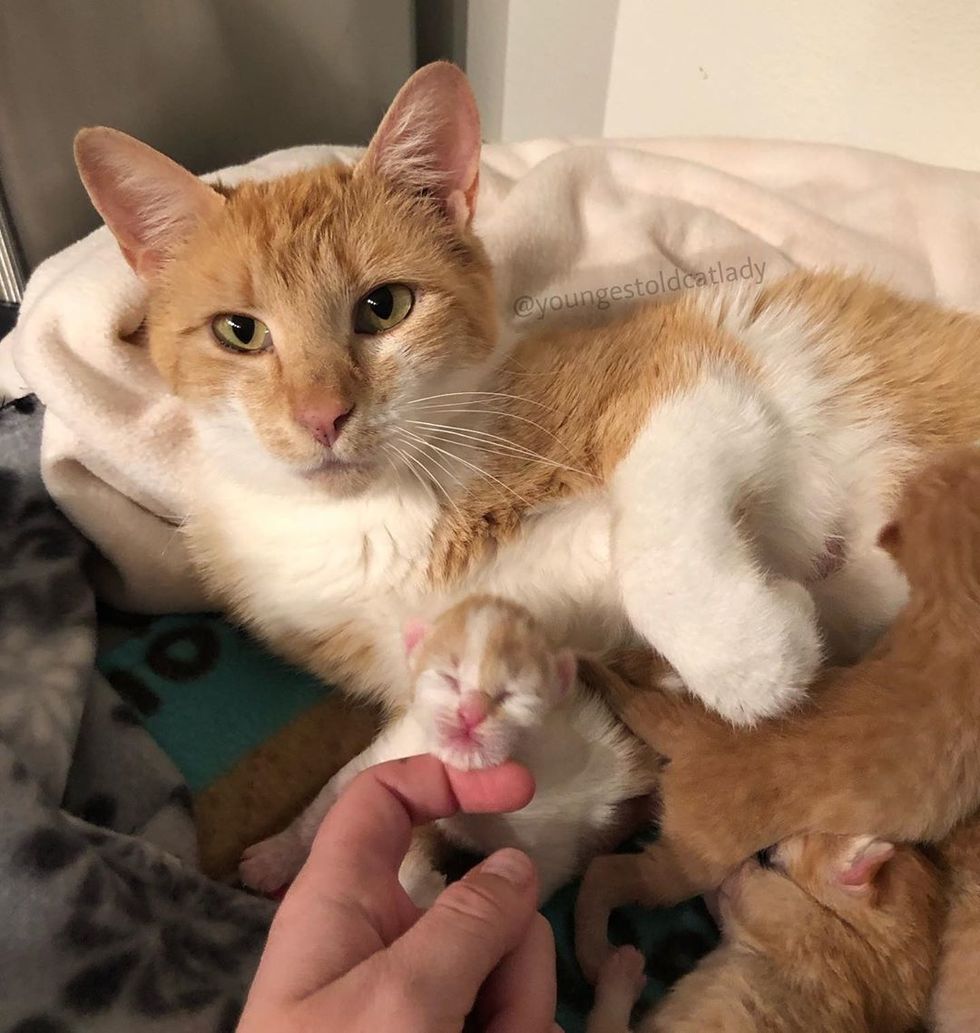 Ashley Morrison, a rescuer/foster based in Seattle, Washington, was contacted by local farmers in Soap Lake, and asked if she could help with their barn cats.

A while ago, a few cats found their way to their farm and settled down there. Due to not all of them being spayed and neutered, the number quickly multiplied.

Ashley began working alongside the workers to get the kitties fixed and help kittens and friendly cats find good homes. Two weeks ago, she came across a very pregnant ginger feline that was due at any time.

"She was a sweet girl at the farm. She would follow the farmers into the barns and walk along the wheelbarrow carrying hay," Ashley told Love Meow. 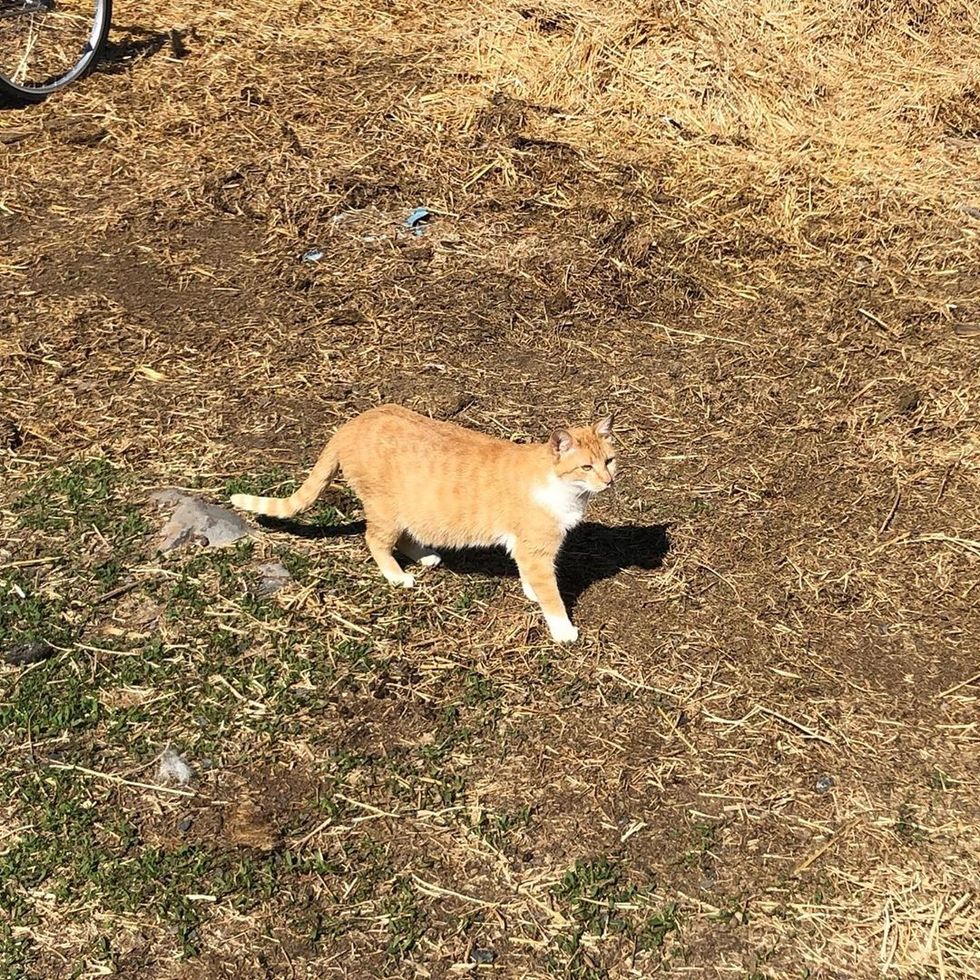 They named her Happy because she is always joyous and cheery. Ashley took her home so she could have a safe environment to have kittens, away from the unknown elements of the outdoors.

Soon after the mama-to-be entered her foster room, she filled it with endless purrs. "She is constantly purring. I was shocked she hadn't given birth yet since you could see the babies moving in her tummy." 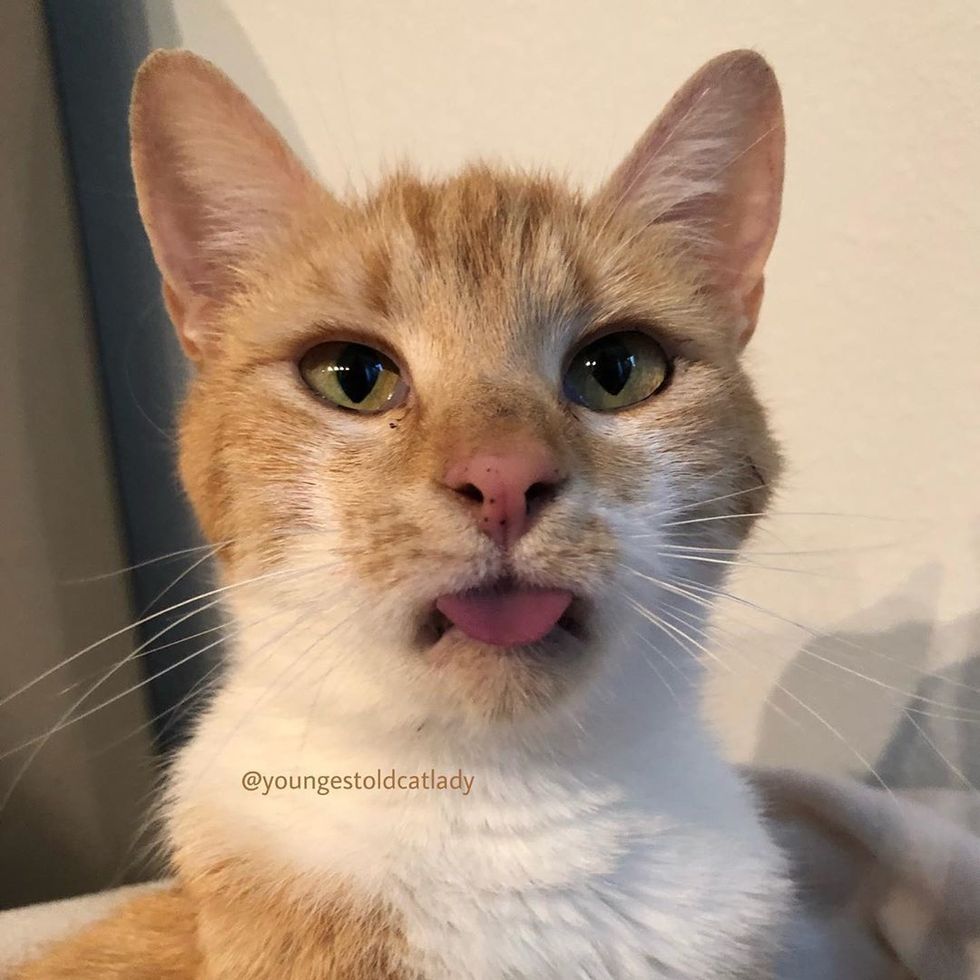 Ashley planned to be with her through her delivery, but Happy had plans of her own.

"I checked on her in the morning, and she showed no signs of labor. I went and got my (car) oil changed and when I got home, boom, there were seven tiny babies all clean and nursing." 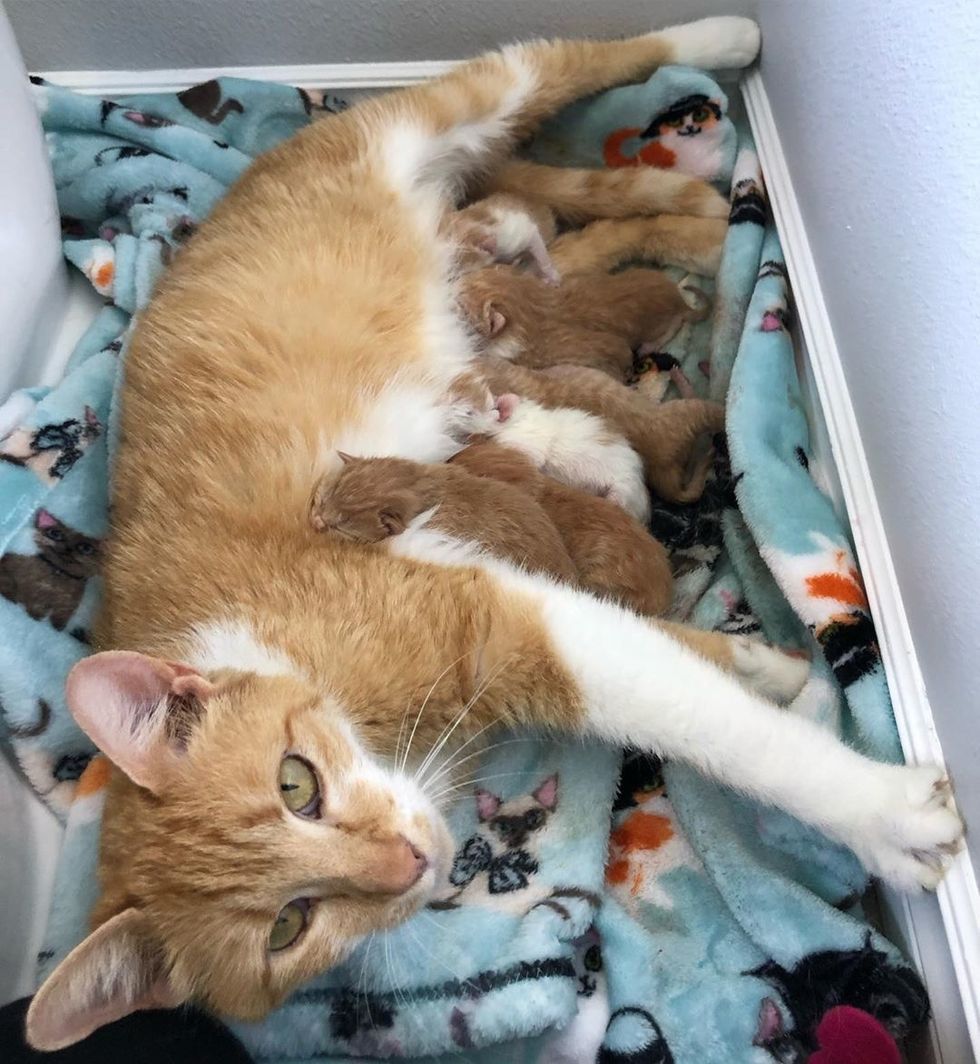 When the cat realized she had found a safe, comfy place to have her kittens, she finally felt ready.

There are four boys and three girls in this litter of seven. 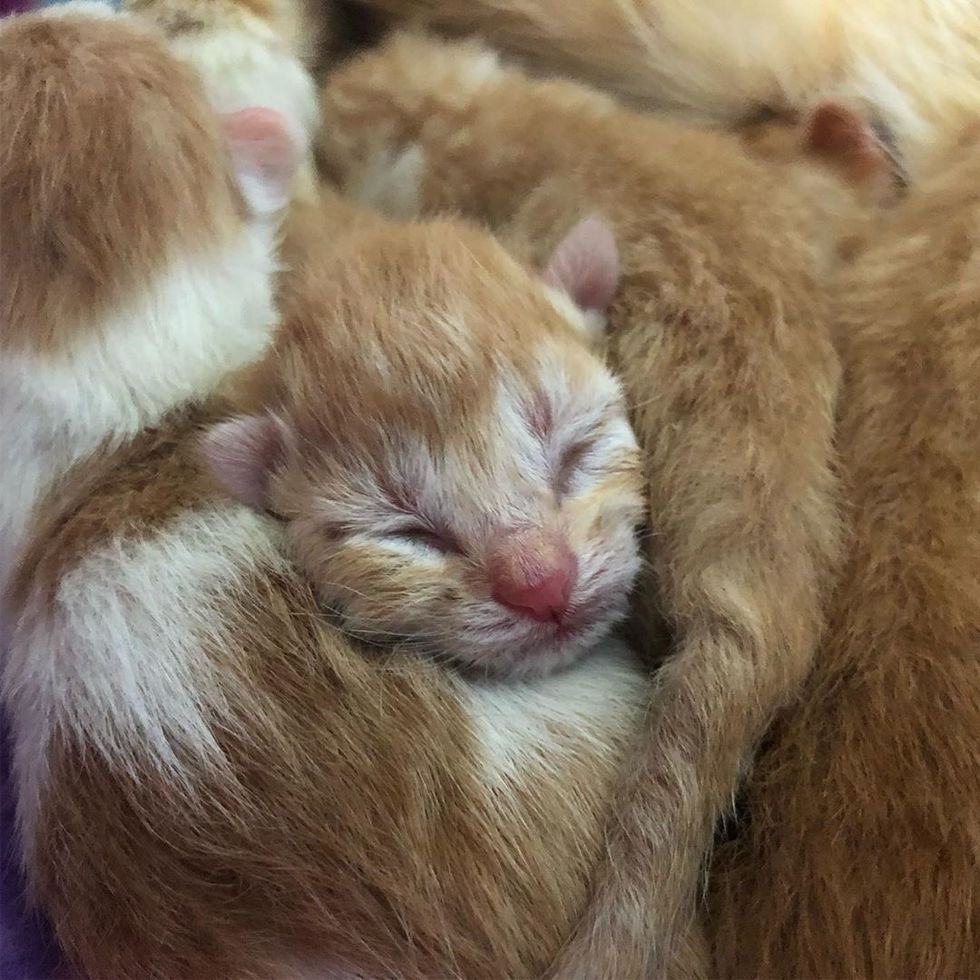 The momma is very attentive, catering to their every need. She immediately turns on her purr motor when she sees Ashley and showers her with snuggles.

"Happy is living up to her name. She loves to get attention when I come in the room," Ashley said. 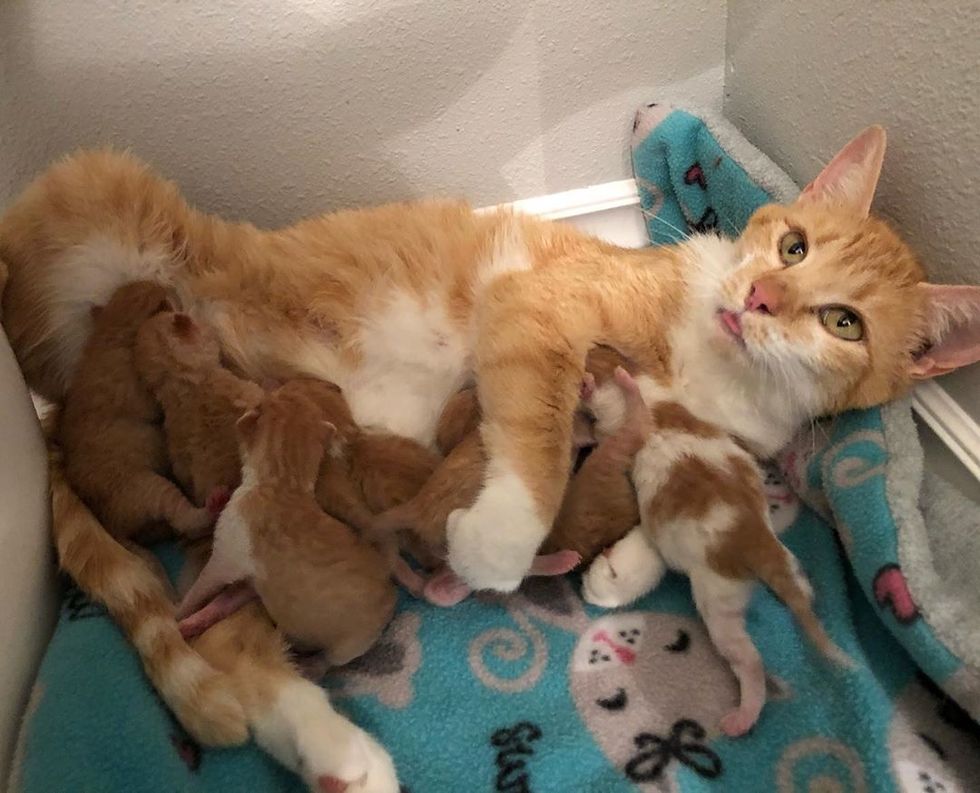 "She will get to find a home so she can live out her life in comfort and away from predators. She is very sweet and loves to be petted and get her hair brushed."

Watch Happy and her kittens in this cute video:

Over 30 cats from the farm have been TNR'ed (trap-neuter-return), adopted or placed in foster care. Ashley continues working with the farmers to get all the cats the help they need to thrive. 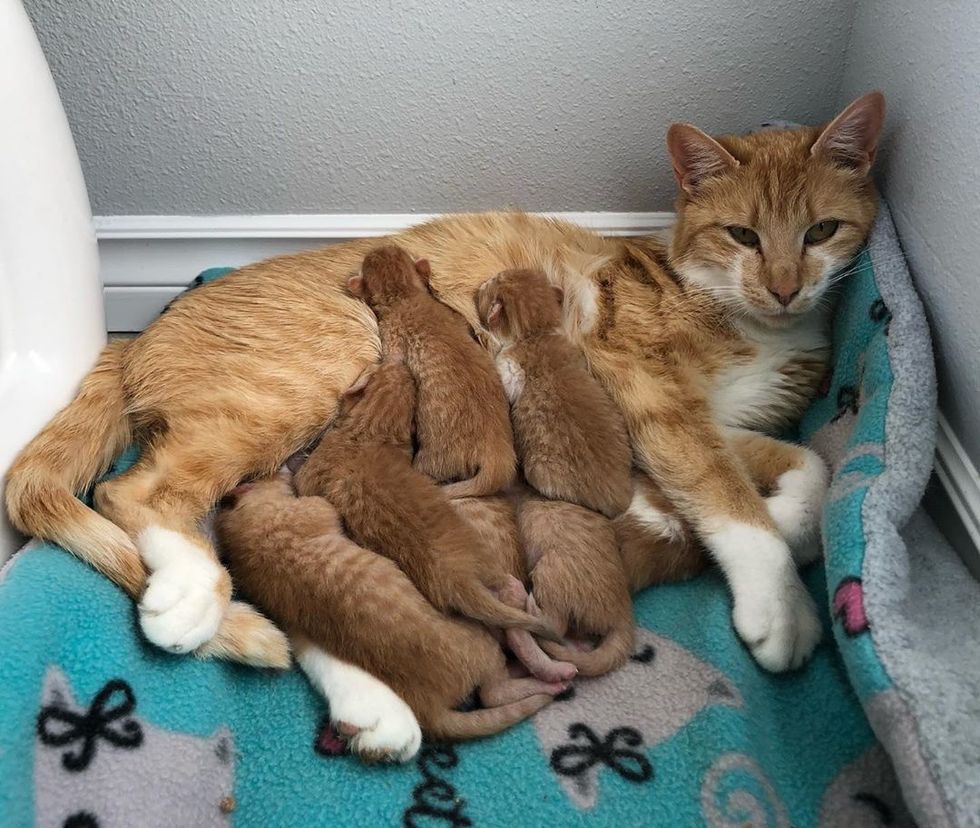 "I love seeing Mama purring with her babies, but I can't help but think how many times she has already done this even though she appears only a couple years old," Ashley added.

"If Happy was still on the farm, and remained unspayed, she would be having litter after litter. It's probable not all kittens would survive." 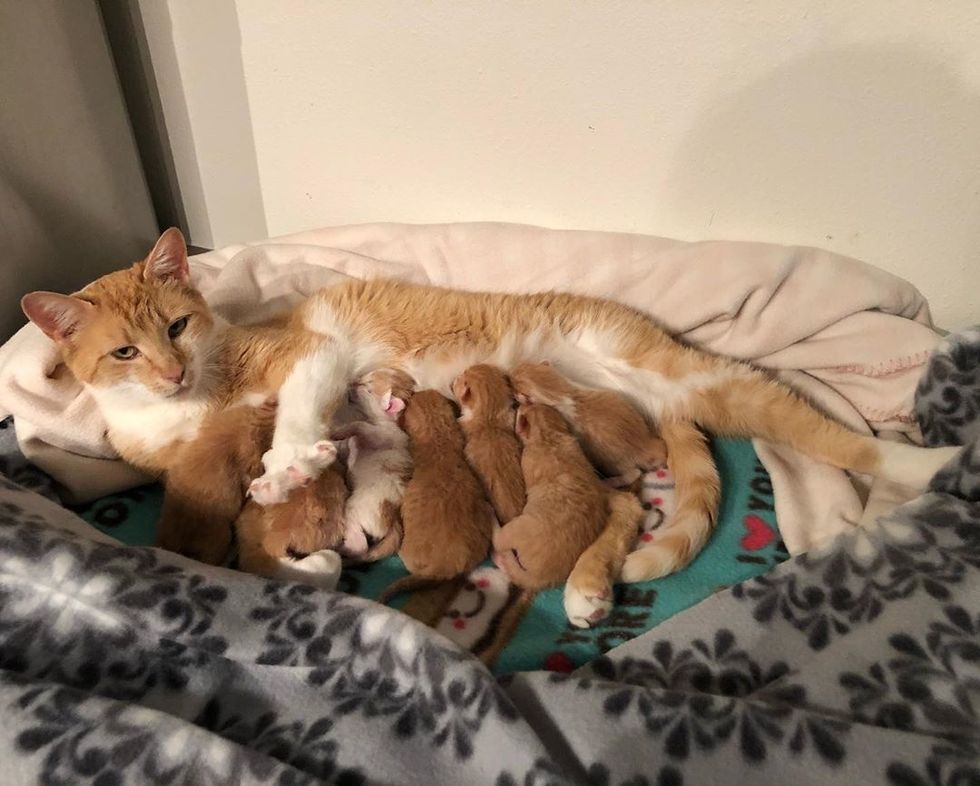 "She will get to raise these kittens in a safe environment and then they will all be spayed and neutered and find forever homes," Ashley told Love Meow.

"I'm so happy this will be her last litter. No more babies for mama, and she will get to be a kitten again." 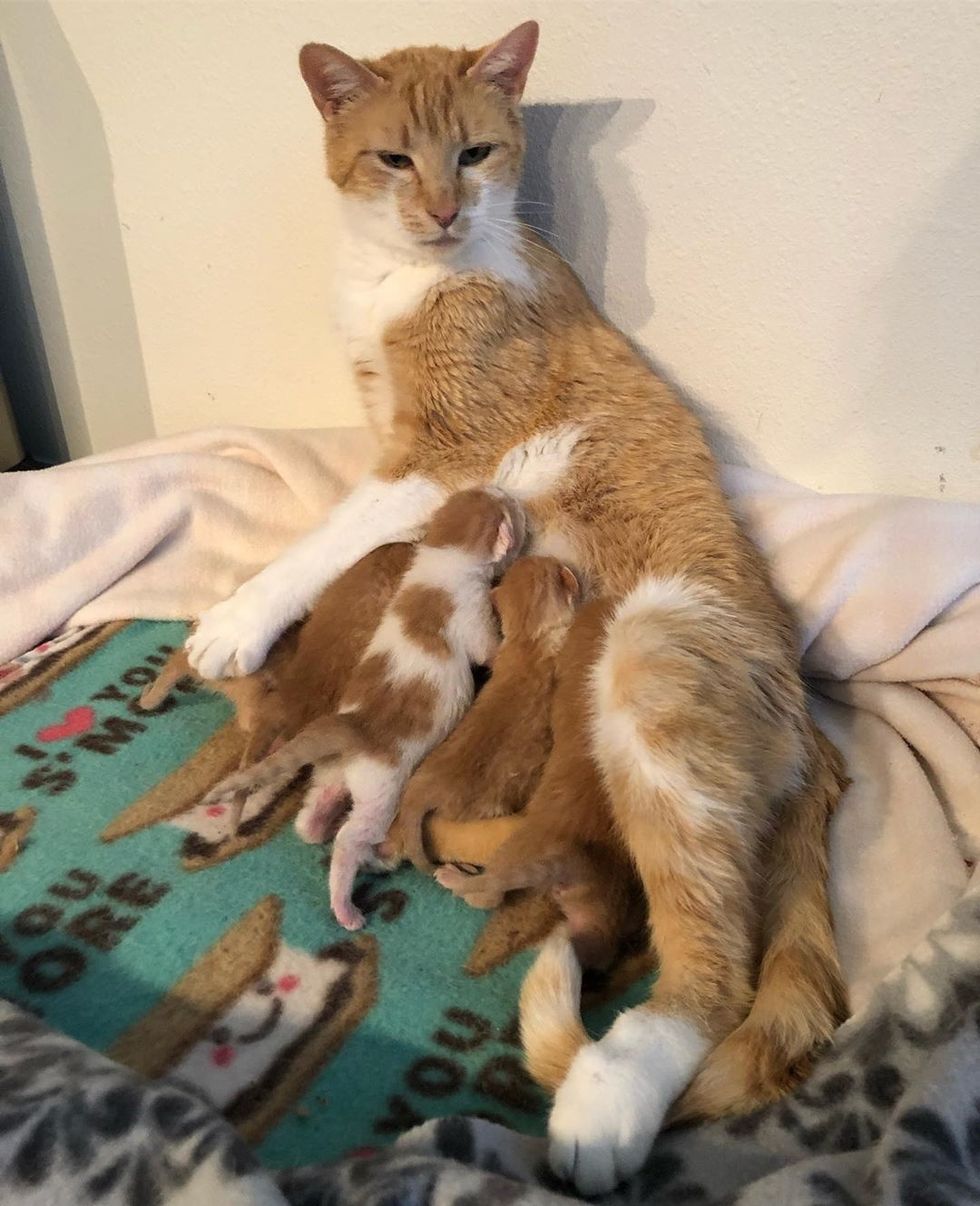 Related story: Cat Snuggles Rescuer When She Realizes Her Kittens are Safe, After She's Lived Her Life on the Streets