Students from the physics building at University of California, Davis put up notices of concern when their beloved feline friend Cheeto has been getting a few too many meals. 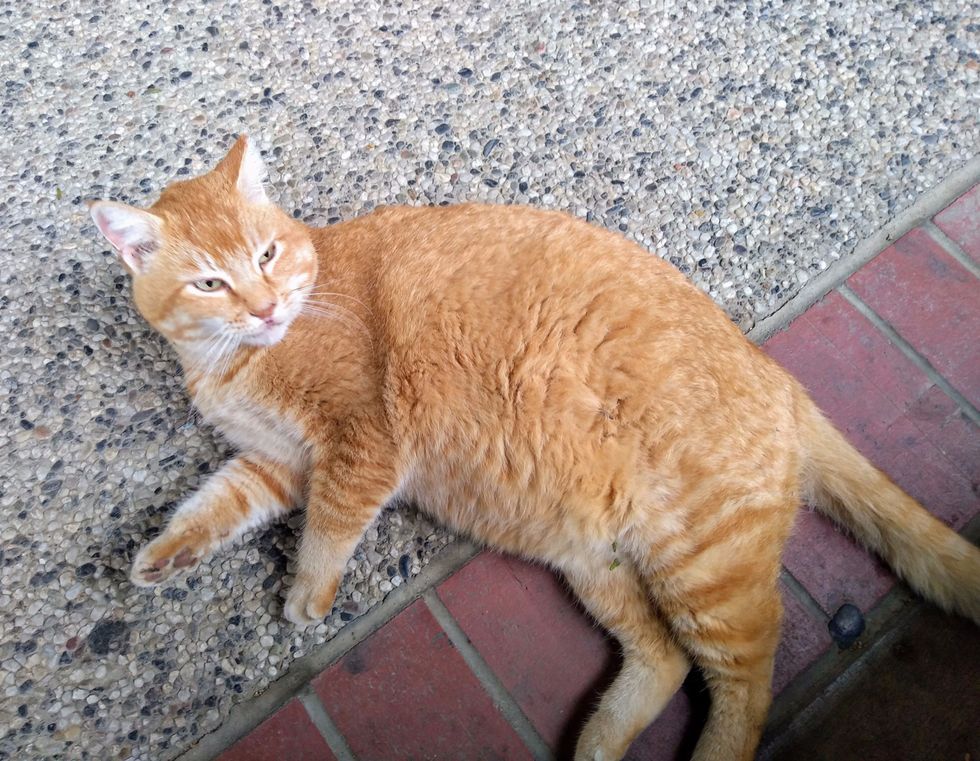 Cheeto, a ginger cat, came to be the fixture of the Physics Building at UC Davis many years ago. The friendly feline has made the place his home and the people there his family.

Over the years, students have noticed Cheeto growing plumper as he became more accustomed to people. They have created a feeding schedule and set up little cat shelters built by anonymous donors.

As Cheeto's popularity grew, so did his belly. A student who has chosen to remain anonymous, put up notices outside the building to inform the public that the little guy's weight is on an upward trajectory. 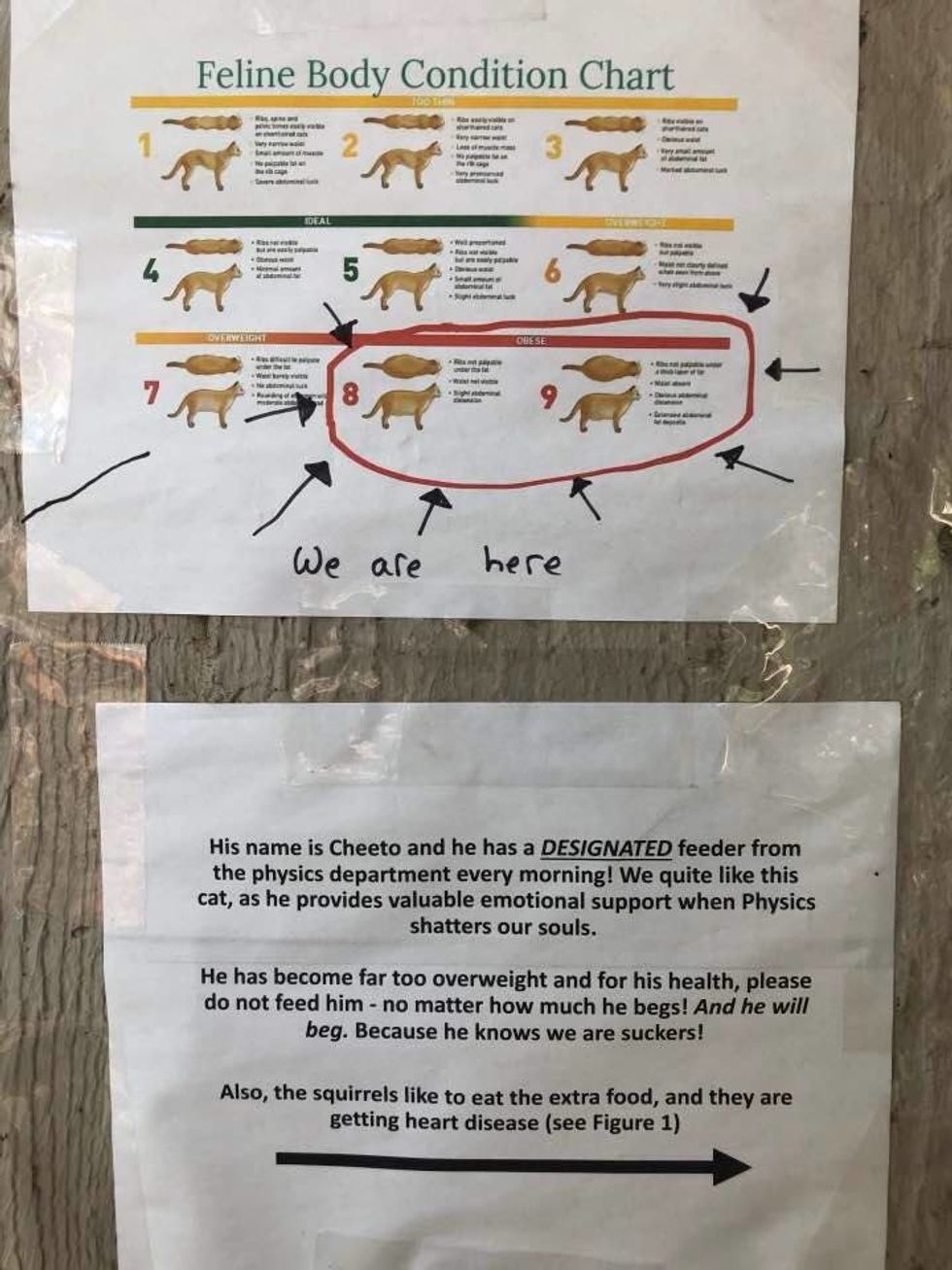 "We quite like this cat, as he provides valuable emotional support when Physics shatters our souls," the note says. "He has become far too overweight and for his health, please do not feed him — no matter how much he begs! And he will beg. Because he knows we are suckers!"

Little Cheeto first showed up as a stray outside the Art building at UC Davis and eventually found his way to the Physics department. 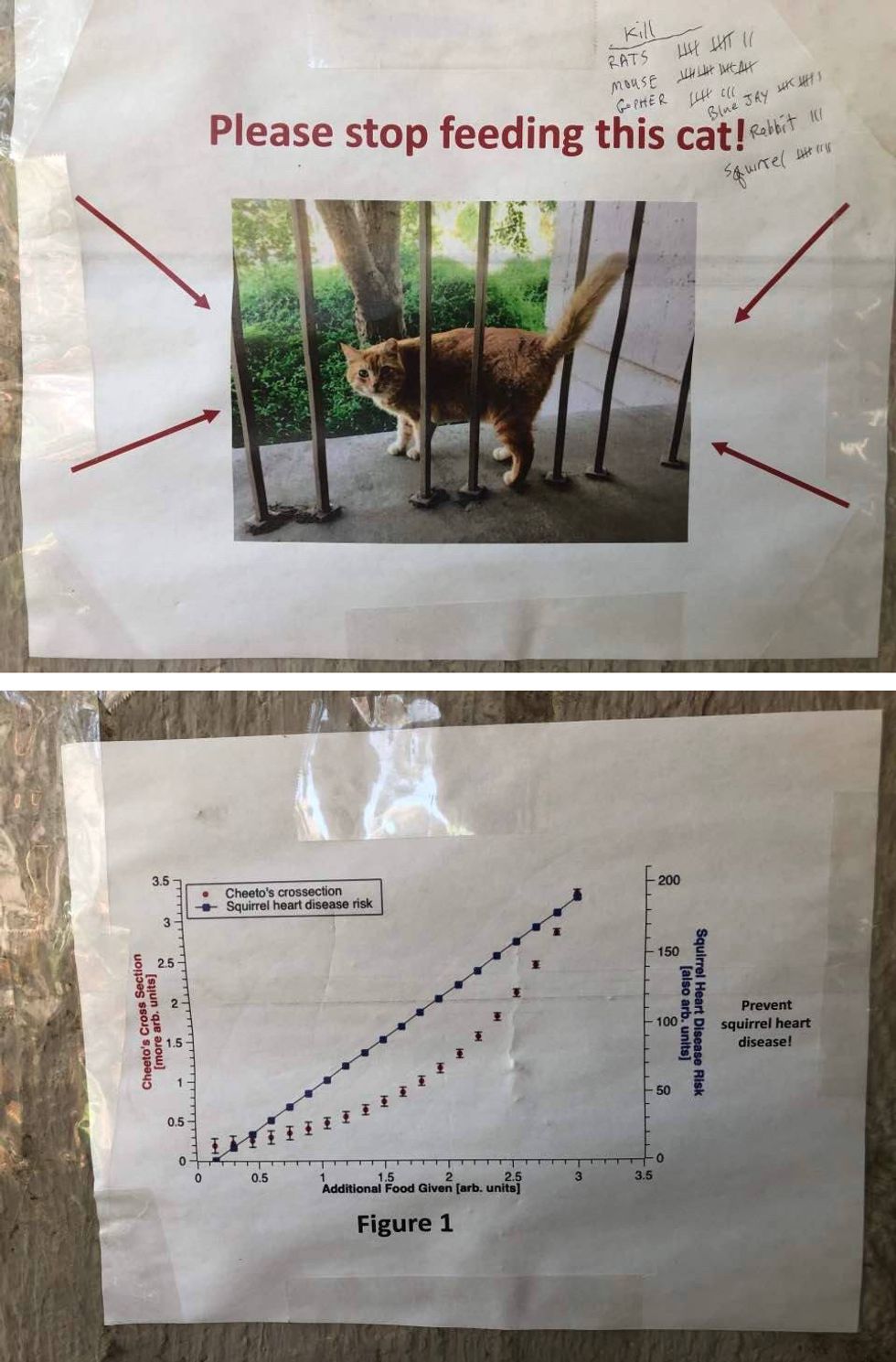 "Cheeto originated at the Art Building where we found him as a skinny kitten living with another ginger kitten. We named him Tangelo and the other kitten Clementine. She still lives at the Art MFA Studios (and has a weight issue too)," the Art History Program said.

They jokingly said that Cheeto left their building probably because he "heard rumors of better 'accommodations' and funding in Physics." 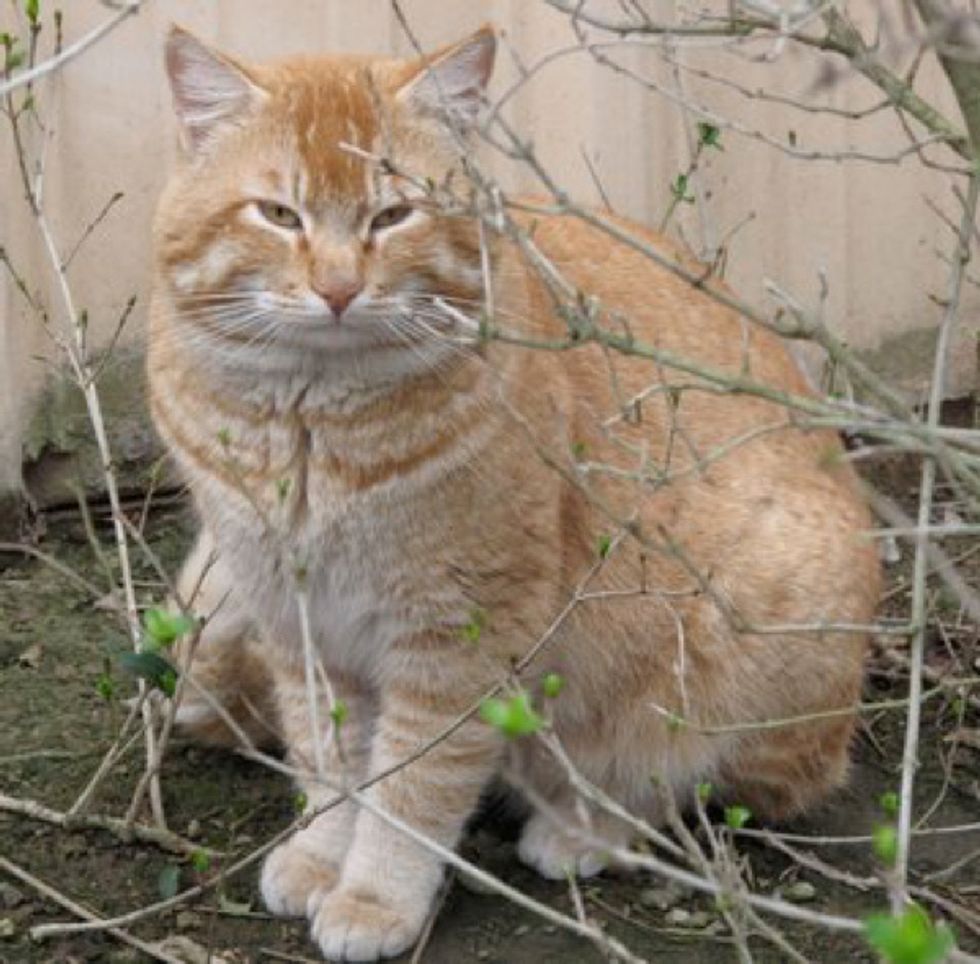 Ever since Cheeto found his calling at the Physics Building, he has brought more than just cuteness to the students and staff there.

"Cheeto is one of my best buddies. He is a pretty social and chill dude," Imran Hasan from the Physics department told Love Meow. 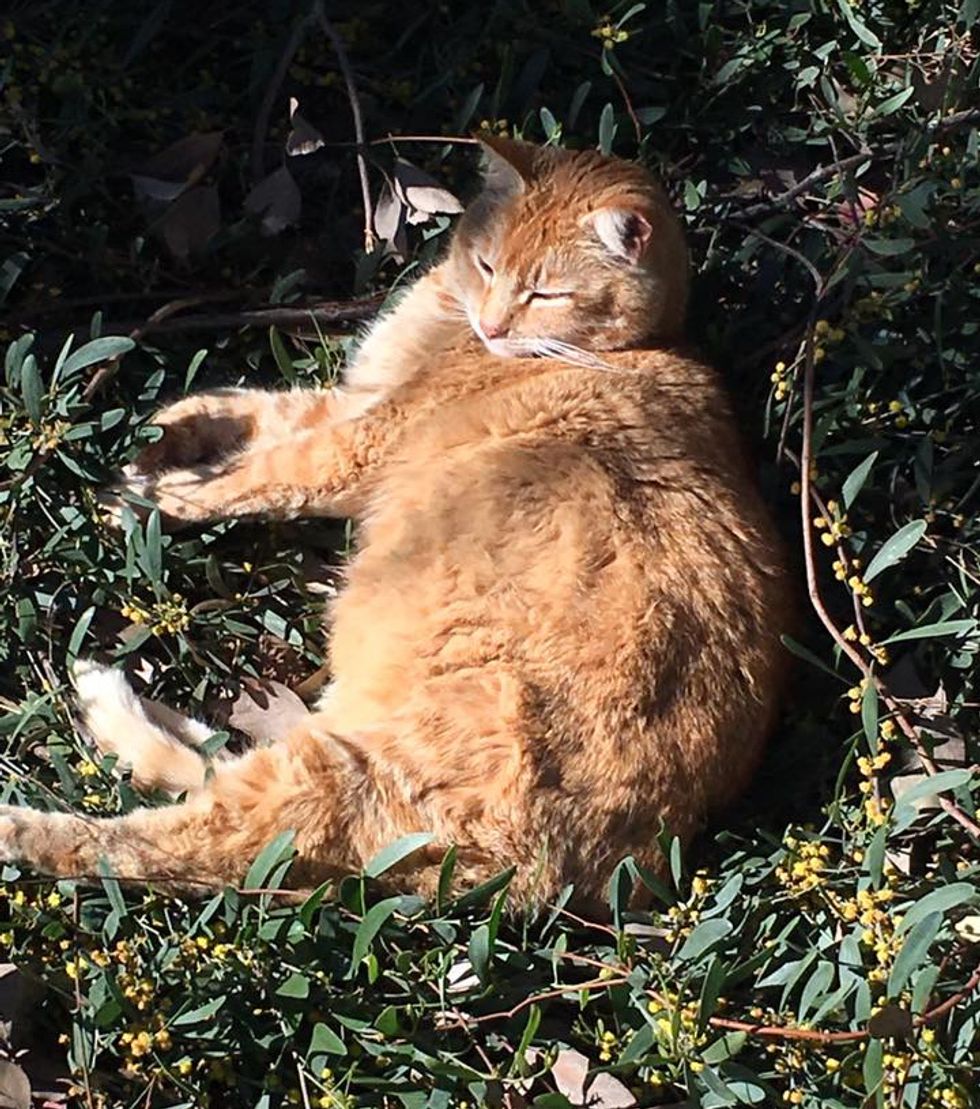 "I used to teach an astronomy lab that started late at night, and when I would come back to school to get ready to teach, Cheeto would be hanging out at his spot on the steps and I would sit with him for a few minutes before having to go teach.

"In the morning and afternoon, he usually hangs out in the nearby brush. But if he is awake and recognizes you, he will hop out and trot up to you to say 'hellow', softly meowing." 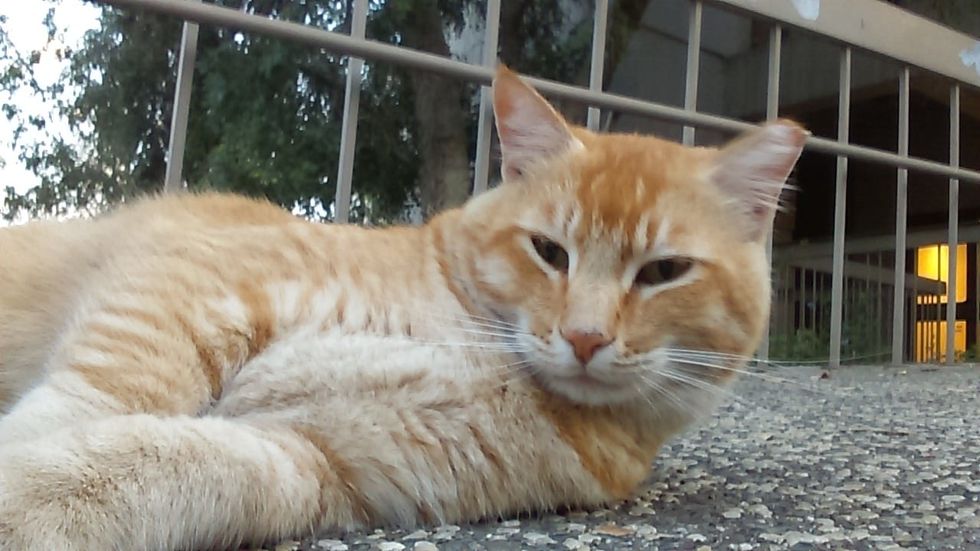 Cheeto is not a lap cat but he will greet students and staff by snuggling up their legs. "If you're sitting down on the steps next to him, he likes to play a game where he goes back and forth behind you from your right side to your left side."

The ginger cat has become a source of comfort to many students and staff members on campus. Even during the most stressful times, Cheeto never fails to put a smile on their faces. 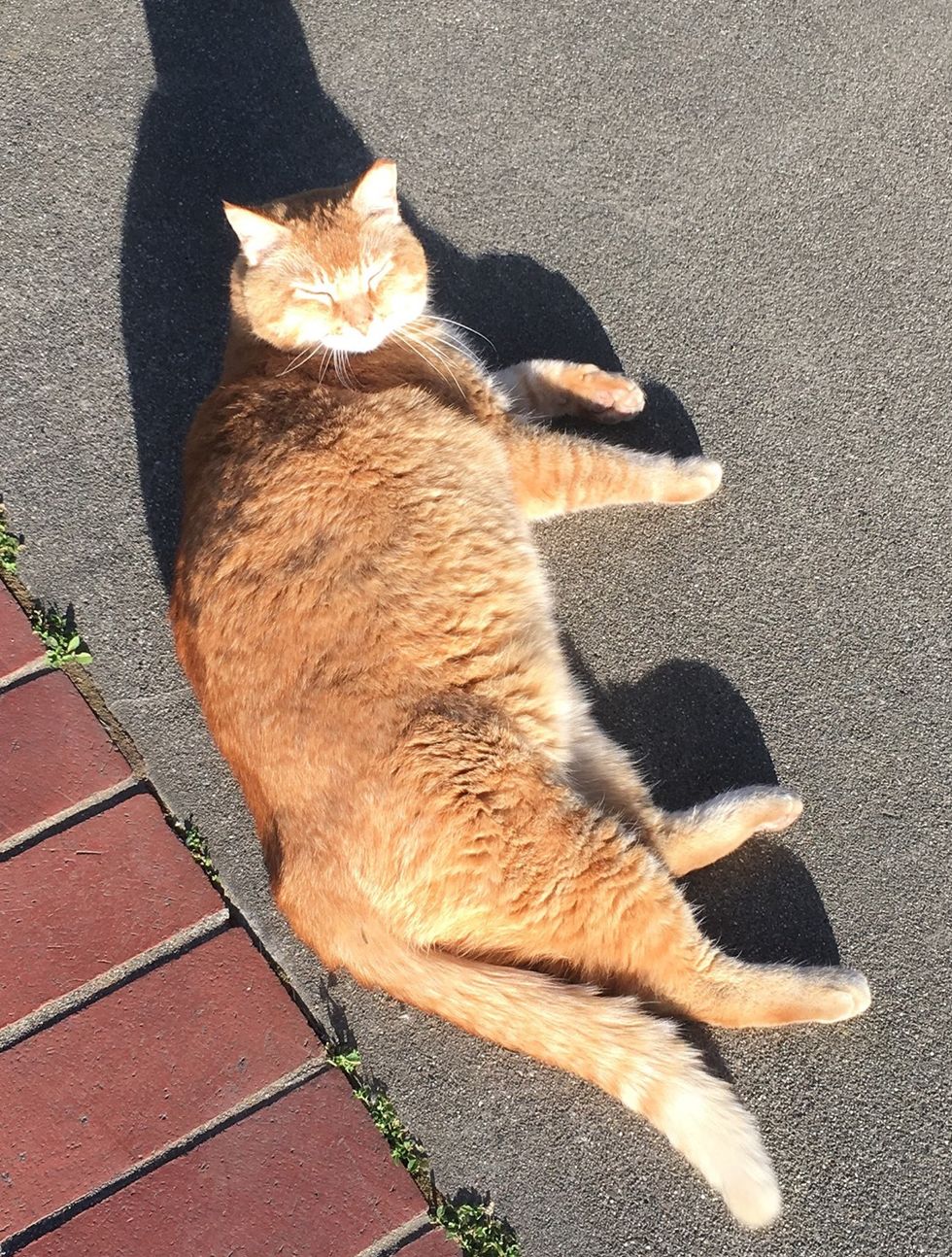 "He has helped me de-stress during demanding times, and I know that is true for many others as well," Imran told Love Meow.

Cheeto has a designated feeder who makes sure their beloved cat gets his daily meals and all the lovin'. Students adore their feline friend who provides unlimited hours of kitty therapy packed with purrs and snuggles, in exchange for pets and attention. 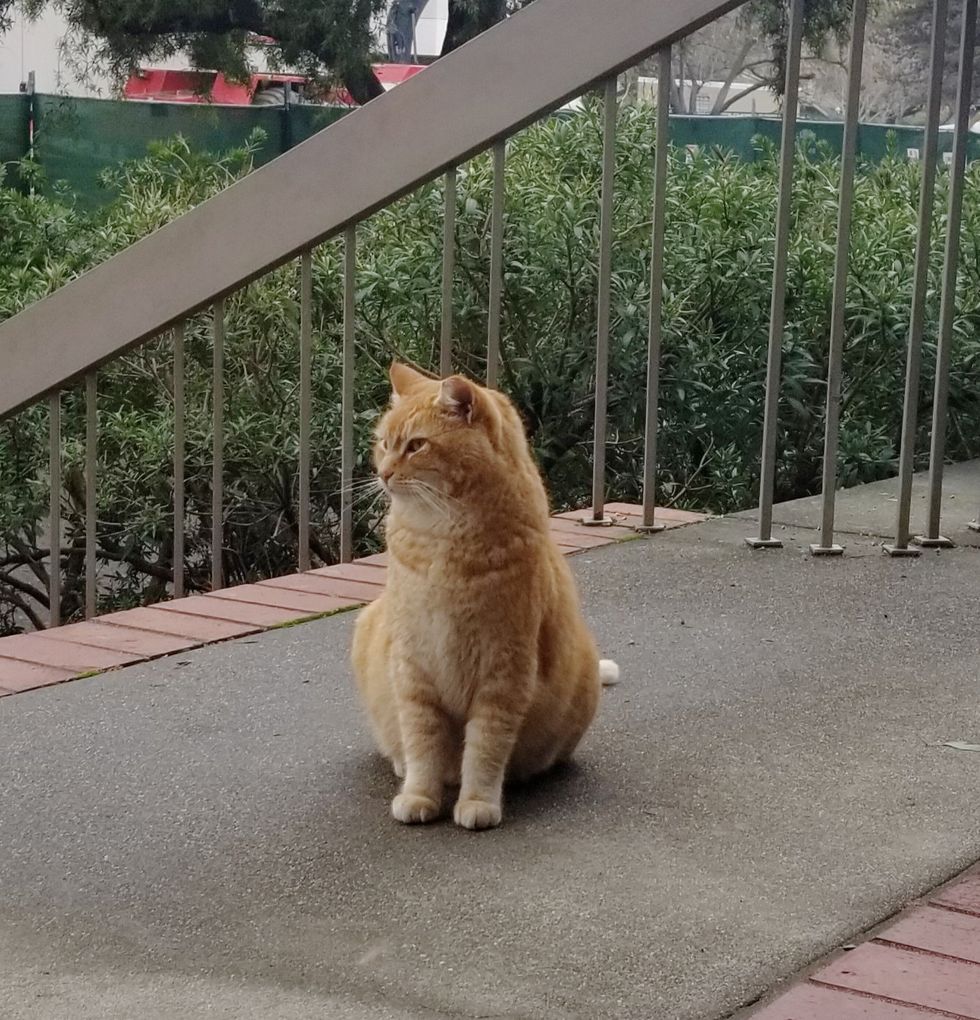