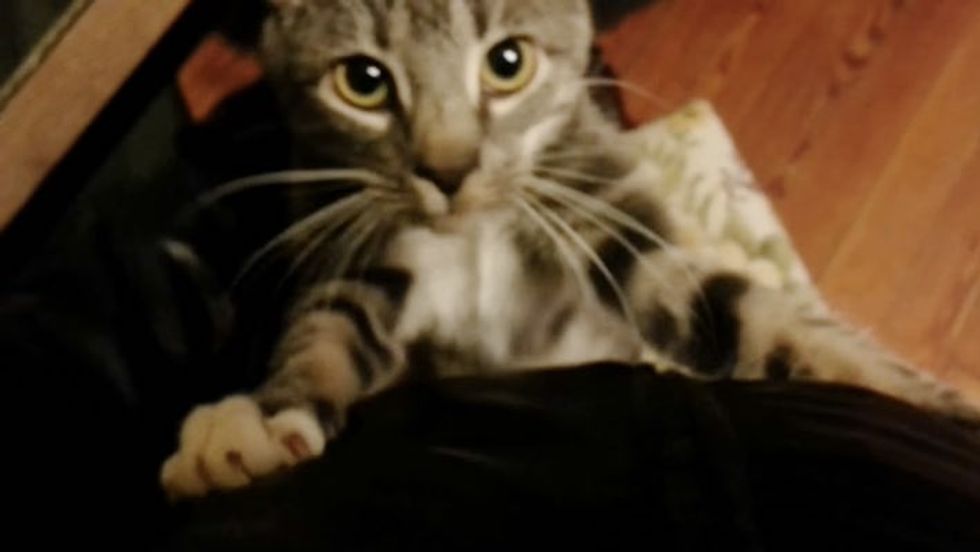 It's almost impossible every time Rudy's human dad tries to leave for work. The sweet kitty won't let him go and just keeps hugging him to make him stay. 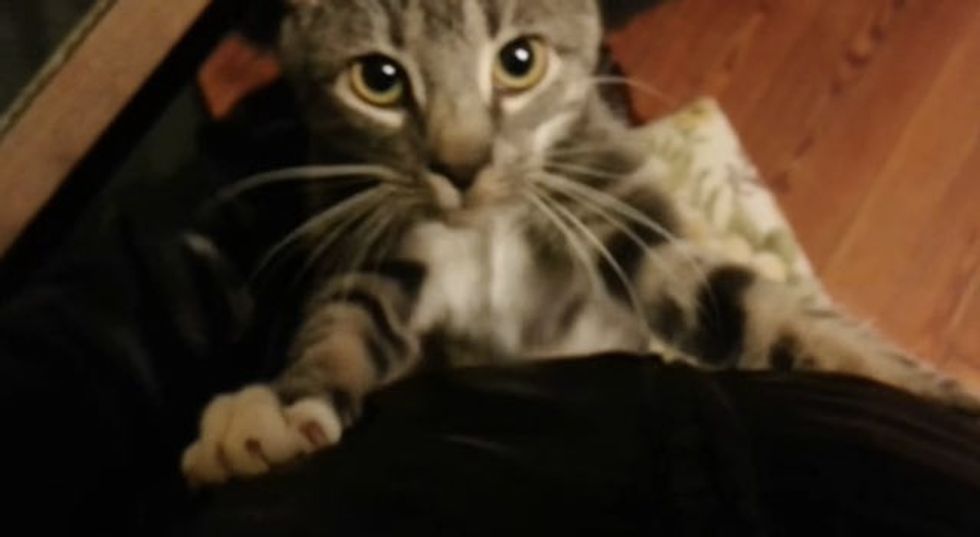 "My cat keeps hugging me and won't let me leave for work," YouTuber Voujdjr said.

Ruby is a sweet tabby girl who loves her human and always gives him a hard time when he leaves. She jumps on a chair to give hugs and then hops on a large box next to the door to offer more cuddles. When he gets to the door and is about to turn the door knob, she leaps on the shoe organizer for a final attempt to get her human to stay. 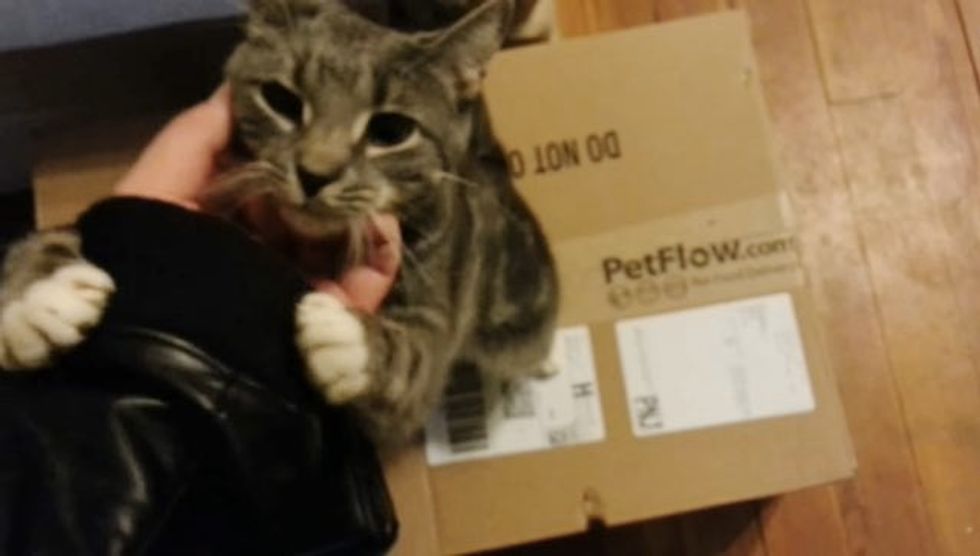 Normally, it only takes a few seconds to step out of the door, but with Ruby's persistence, the human won't go out until a while later or he'd just cave in and stay.

Ruby's human may just get her another furry friend to keep her company :).

Ruby got on the box so she could reach up to her human for more hugs. 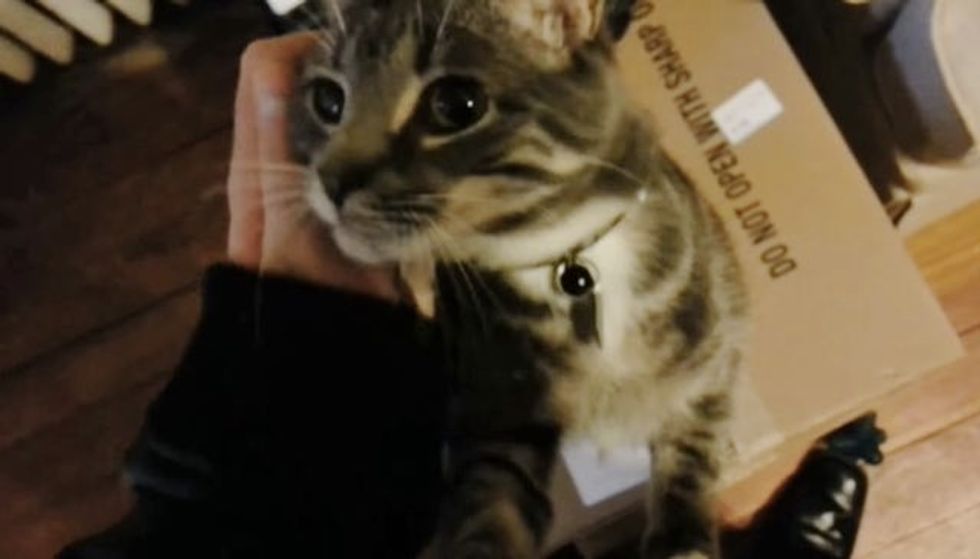 How is your kitty like when you leave the house?

Cats are full of love and affection. If anyone doesn't think so, show them this video!