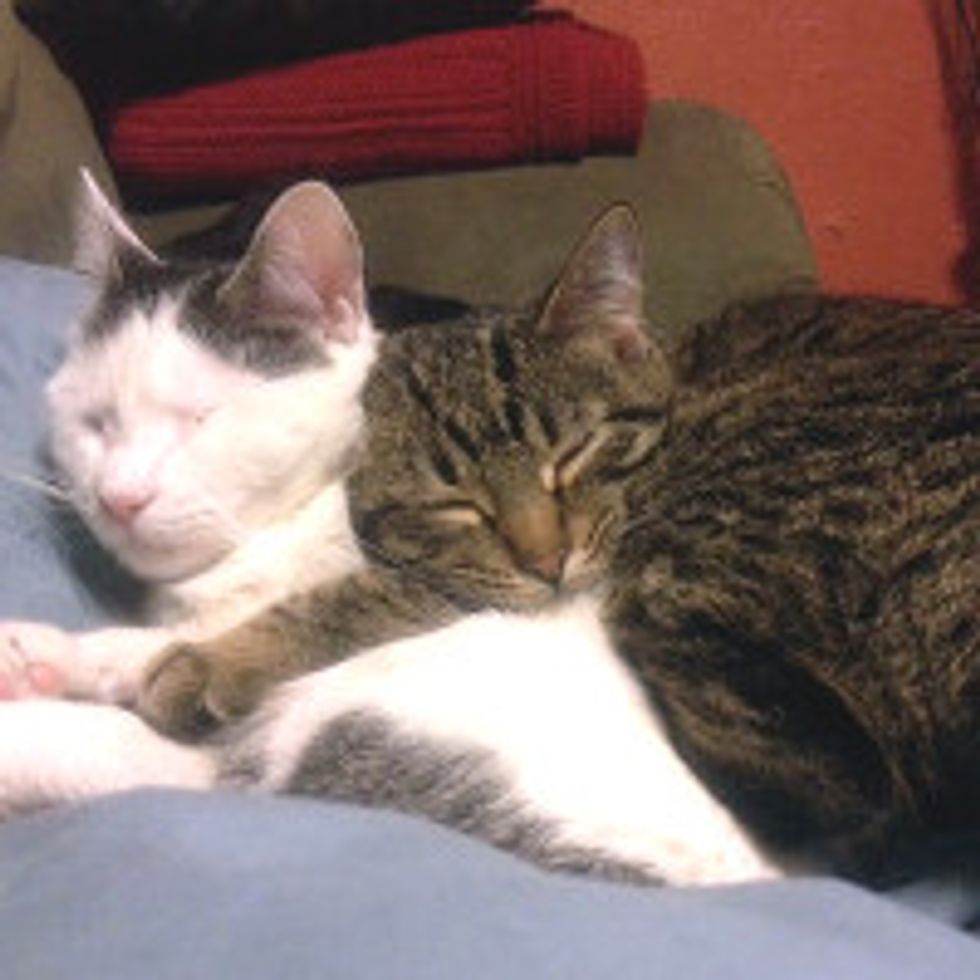 Royce the kitty came to Tenth Life after being rescued from a truck's engine compartment after 20 miles. He is a little fighter who never gave up. This is a heart warming story with a happy ending.

"This poor little peanut rode 20 miles next to the engine of a truck, which cause his tail to be badly burned," said Tenth Life, a rescue group in Saint Louis, Missouri. They had to have his tail removed in order to give him a chance at a healthy, pain-free life. After the surgery, Royce recovered like a champ. Being tailless doesn't bother him a bit. He is able to live a normal life.

"Royce made his way into the hearts of both his foster mom and his house-mate (Derby). So… foster mom, Parker, couldn't bear to part with him and made his stay permanent," said Tenth Life on Facebook.

He lost his tail, but gained a best friend and a forever loving home (Royce snuggling with Derby, also rescue from Tenth Life)