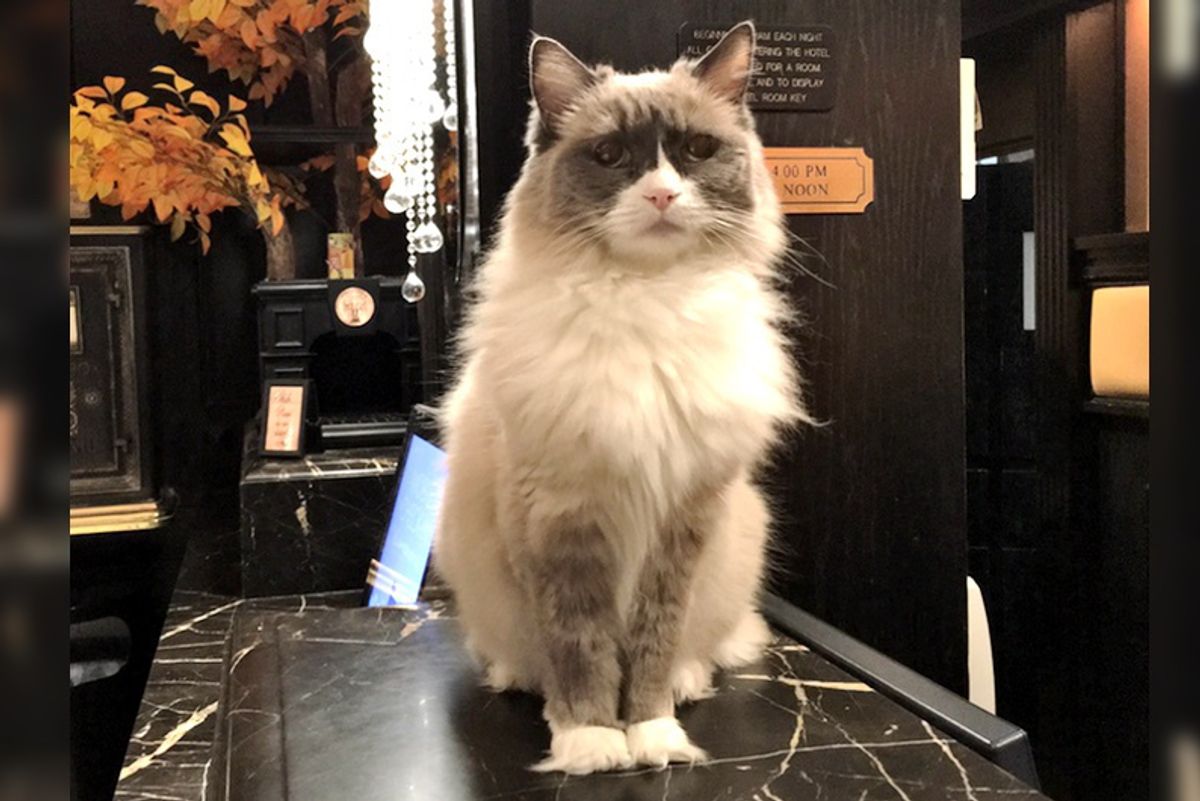 Cat Supervises Hotel for 7 Years and Has Never Missed a Day Of Work...

This fluffy cat has never missed a day of work during her time as the directFURR of Guest Relations at the Algonquin Hotel in New York City. After seven years of service, she is retiring and handing over her job to her new protégé. 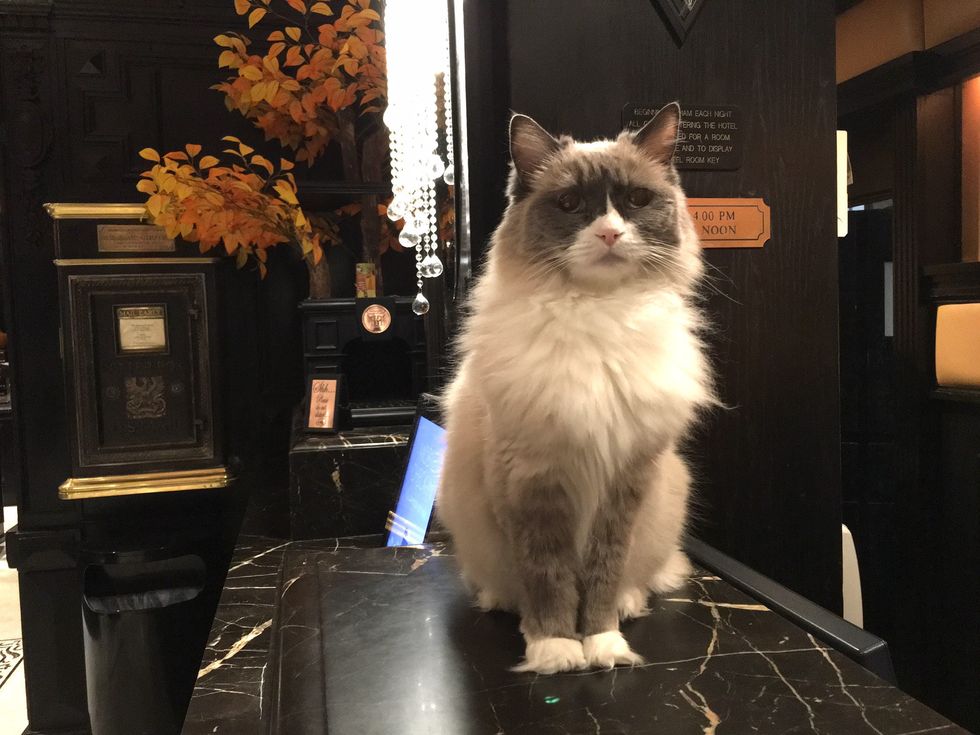 Ever since a stray cat wandered in the Algonquin Hotel unexpectedly in the 1930s, the historic establishment has always had a cat. It's been a tradition for over half a century and many feline supervisors have graced the Algonquin lobby with their presence.

The boys were named Hamlet (seven), and the girls were called Matilda (three). This beautiful rescue Ragdoll is Matilda III.

Matilda was rescued after someone dropped her off in a box outside the North Shore Animal League, a rescue group in Port Washington, New York. 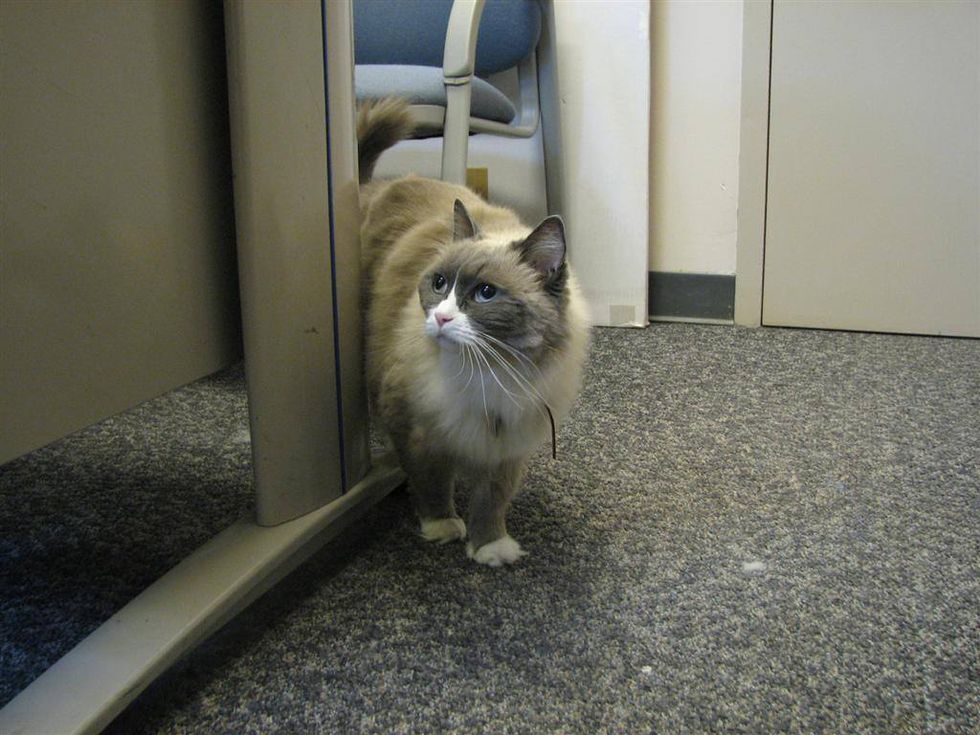 This is Matilda when she first arrived at the shelter in 2010.Matilda - The Algonquin Cat

In 2010, she became a resident cat at the Algonquin Hotel and instantly claimed the place as her kingdom.

Matilda welcomed guests at the front desk. She worked behind the scenes as well as out front. 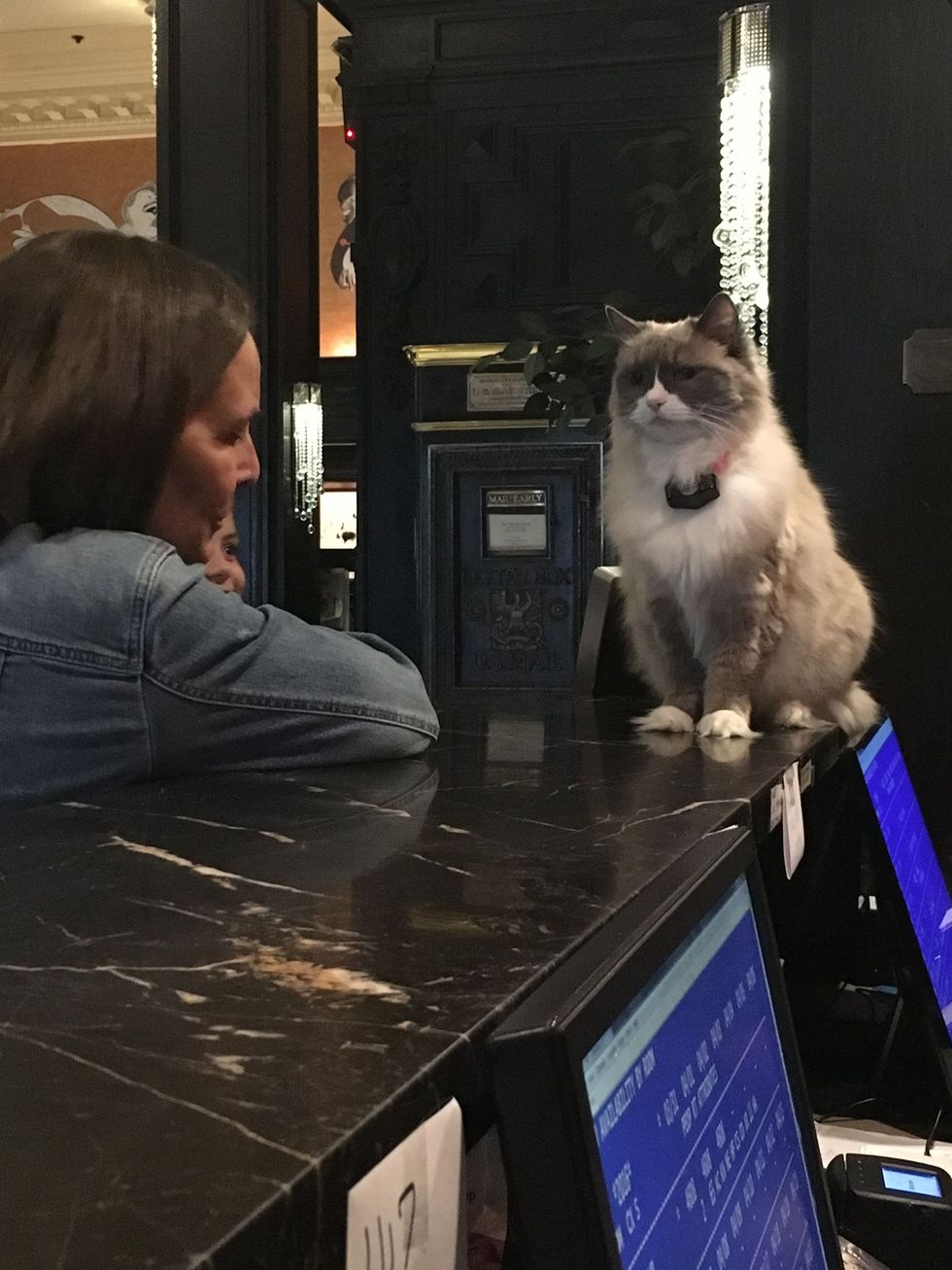 She was given the title as the directFURR of Guest Relations and even had her very own business cards. 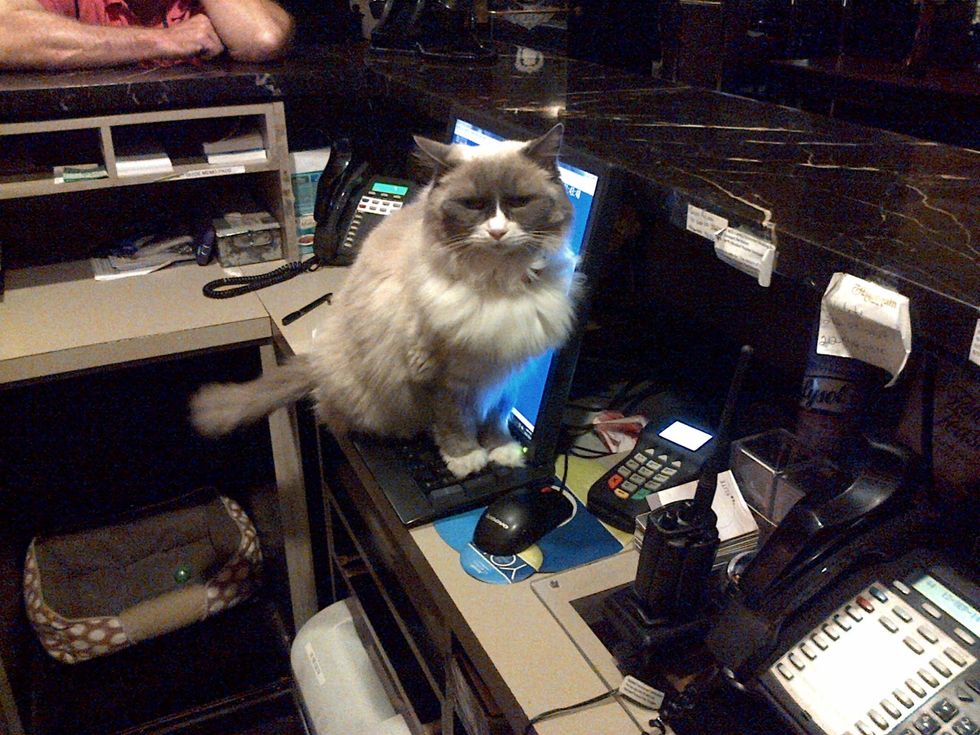 She loved to greet guests at the front desk and spend time lounging on her favorite bell cart.

Matilda gave her guests a feline inspection on their belongings. 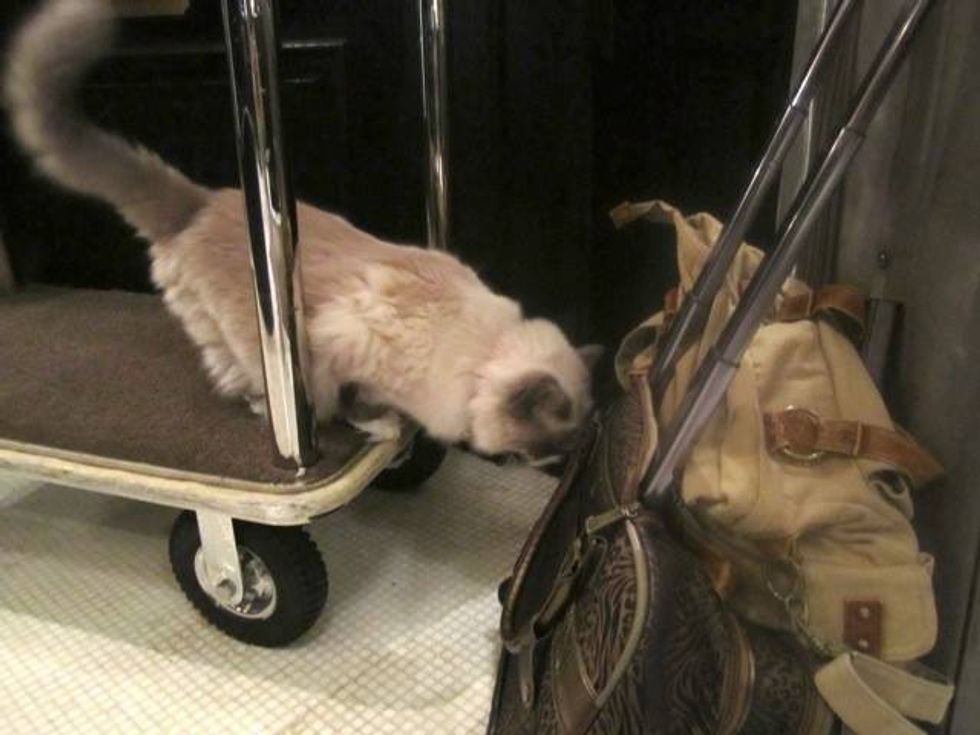 "You can check in right here - how may I assist?" 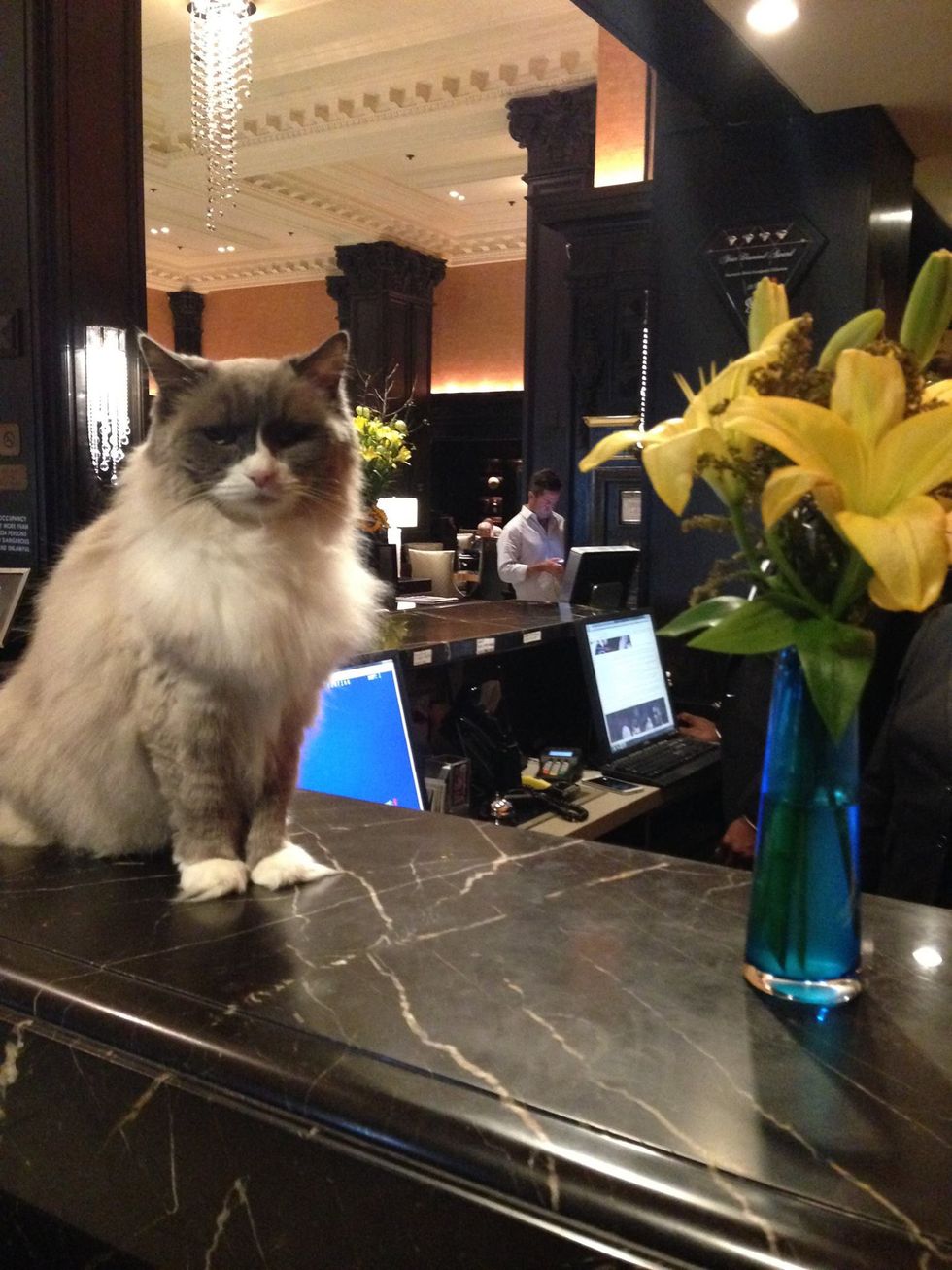 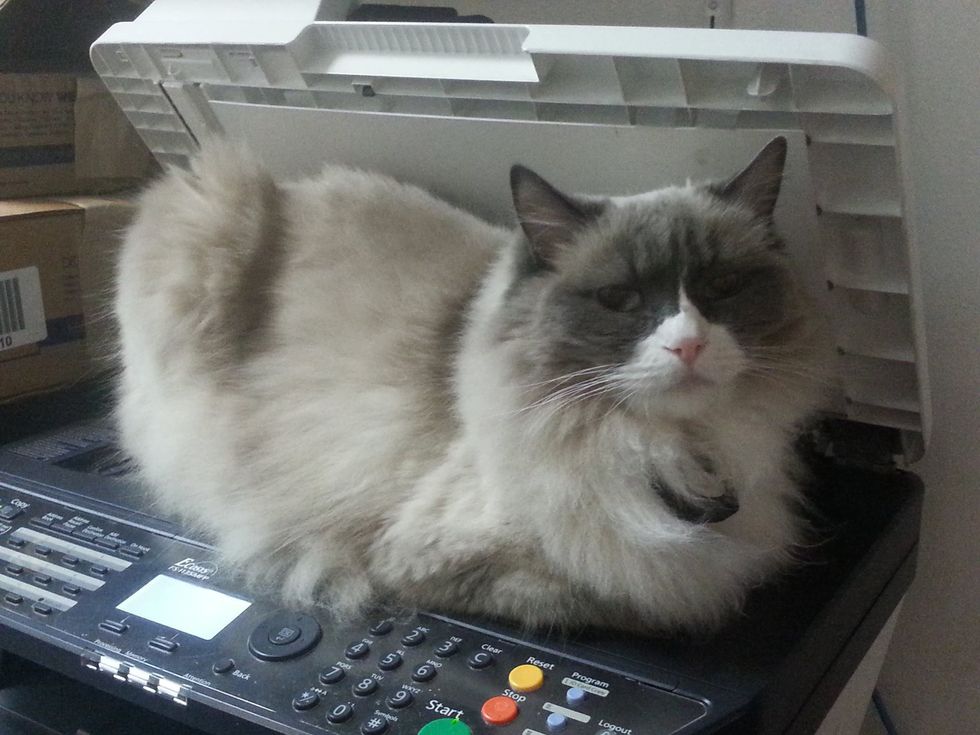 Sweet Matilda has brought countless smiles to guests since 2010.

This is her fancy kitty condo where she napped and supervised. 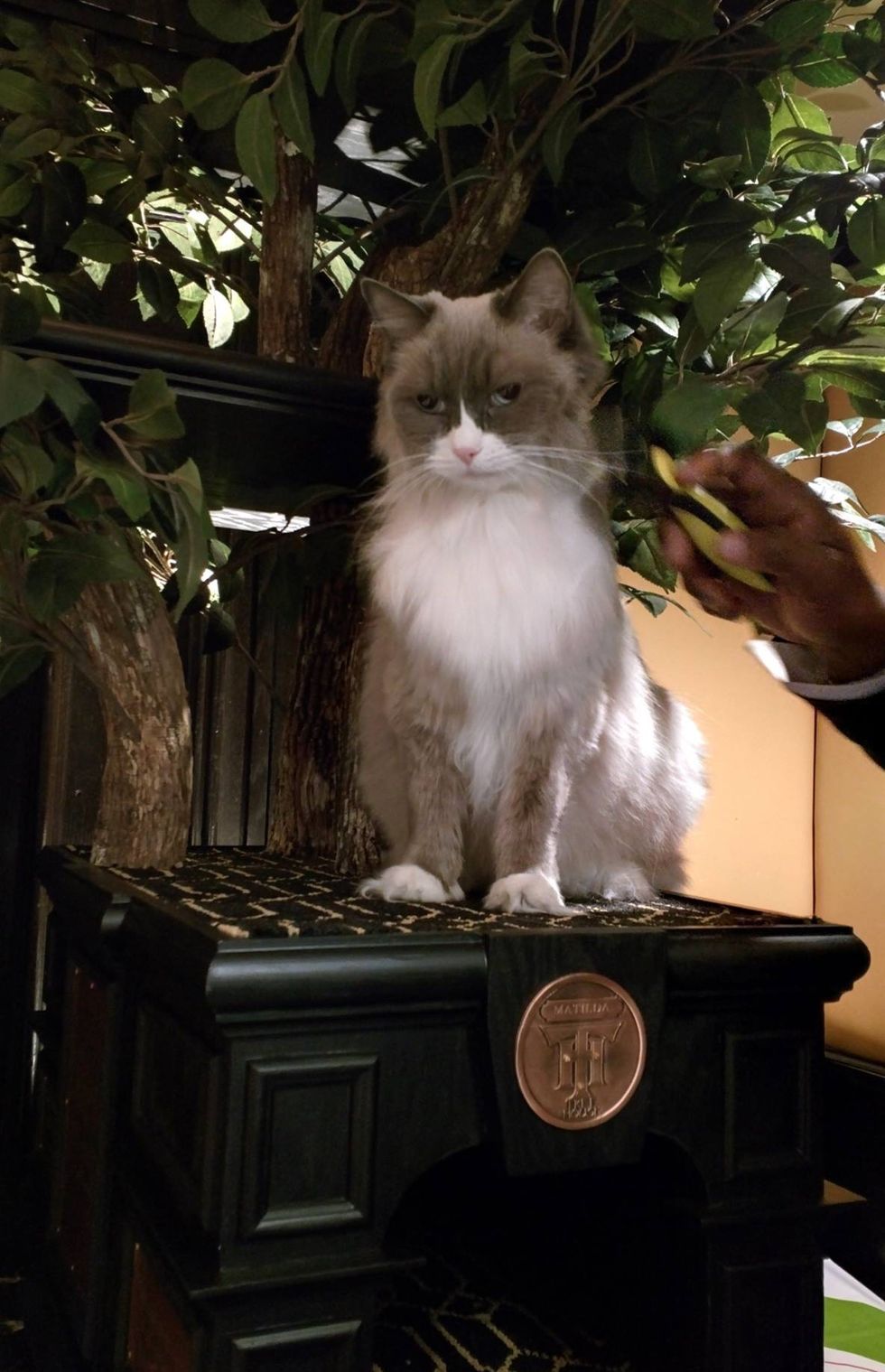 She could often be found happily napping in her own "suite" in the Lobby or supervising any unusual activity, especially festive parties. 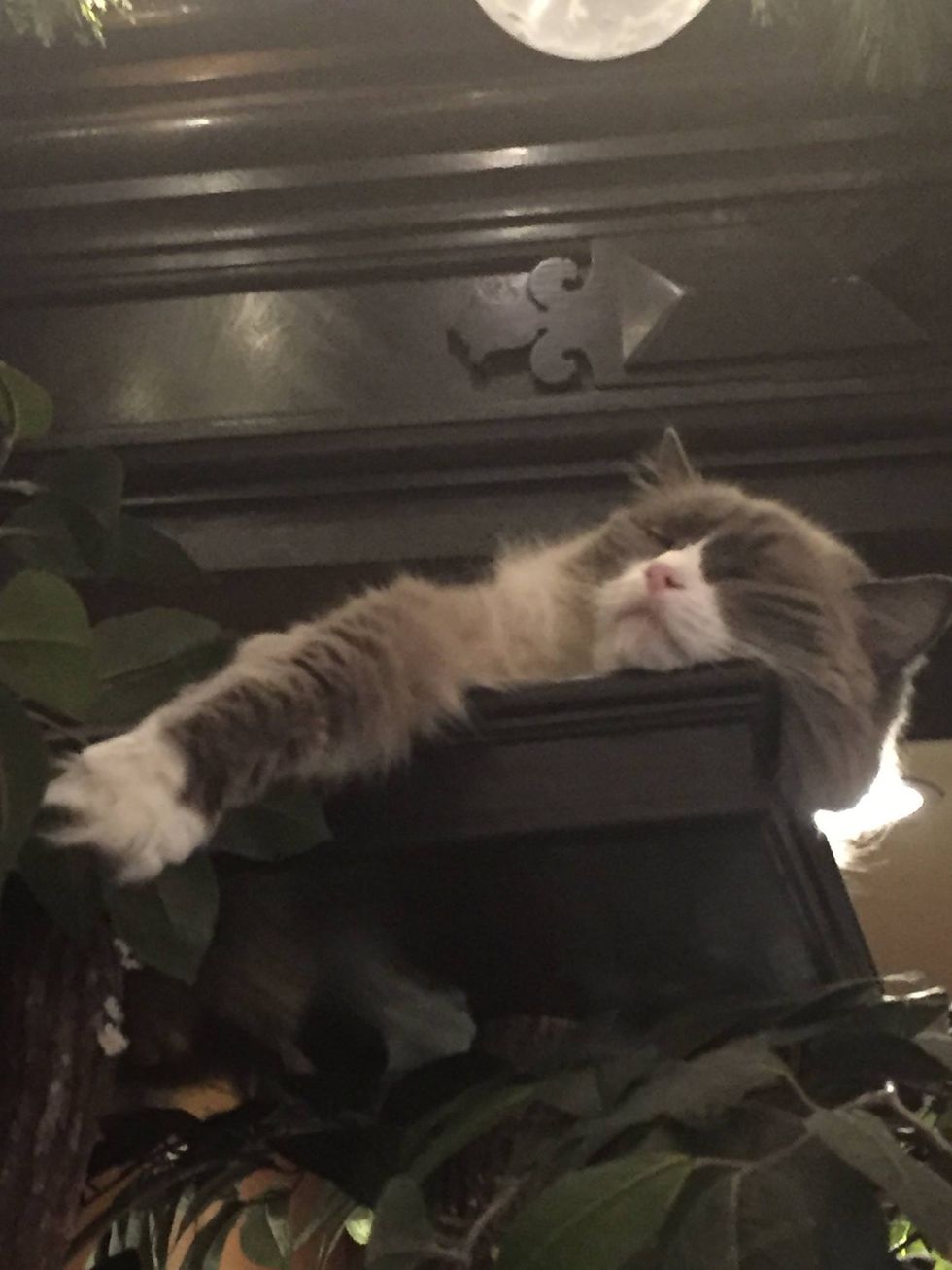 Checking on the supplies and making sure everything is in order. 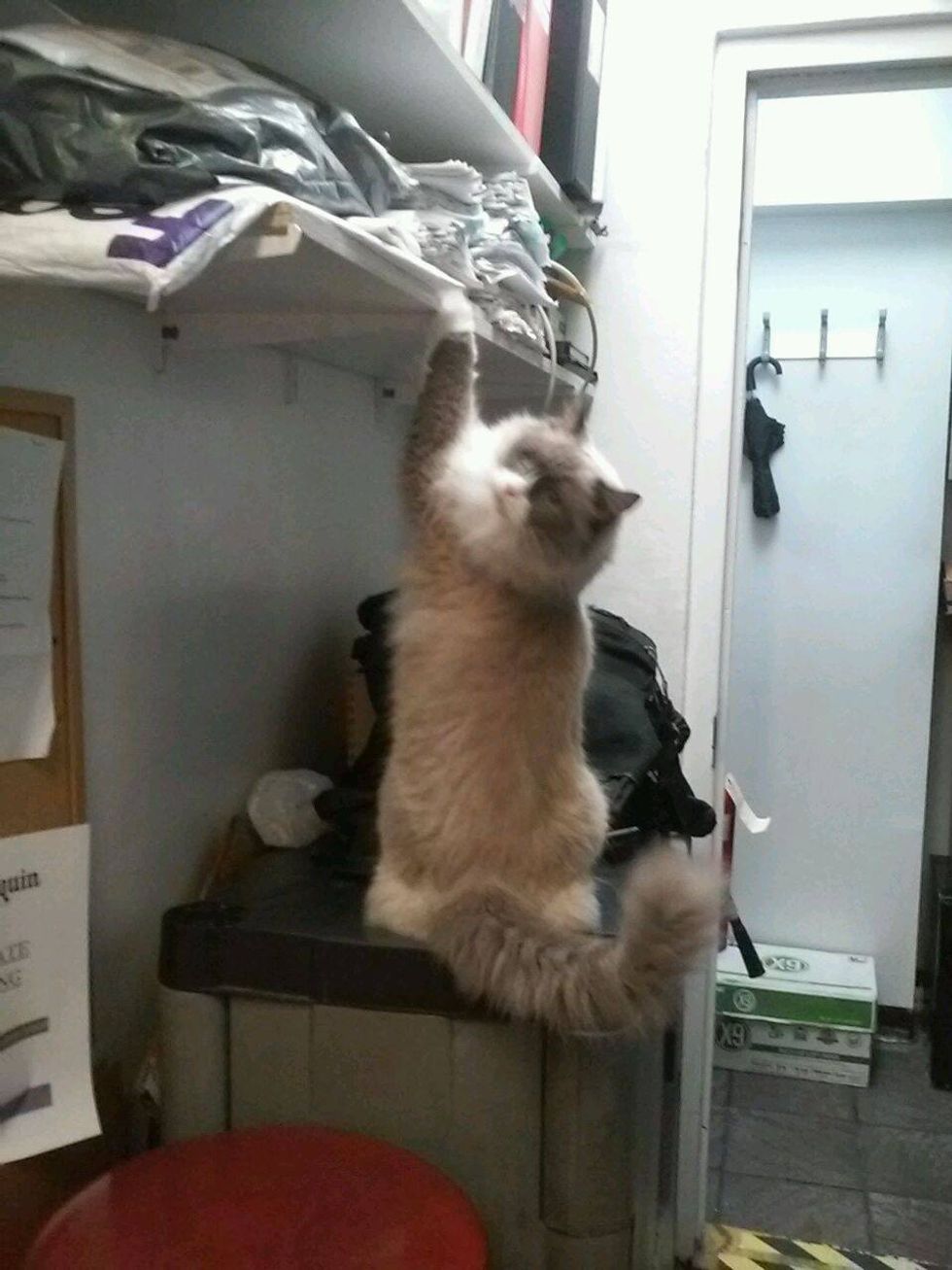 Supervising the staff and answering their questions with purrs and snuggles. 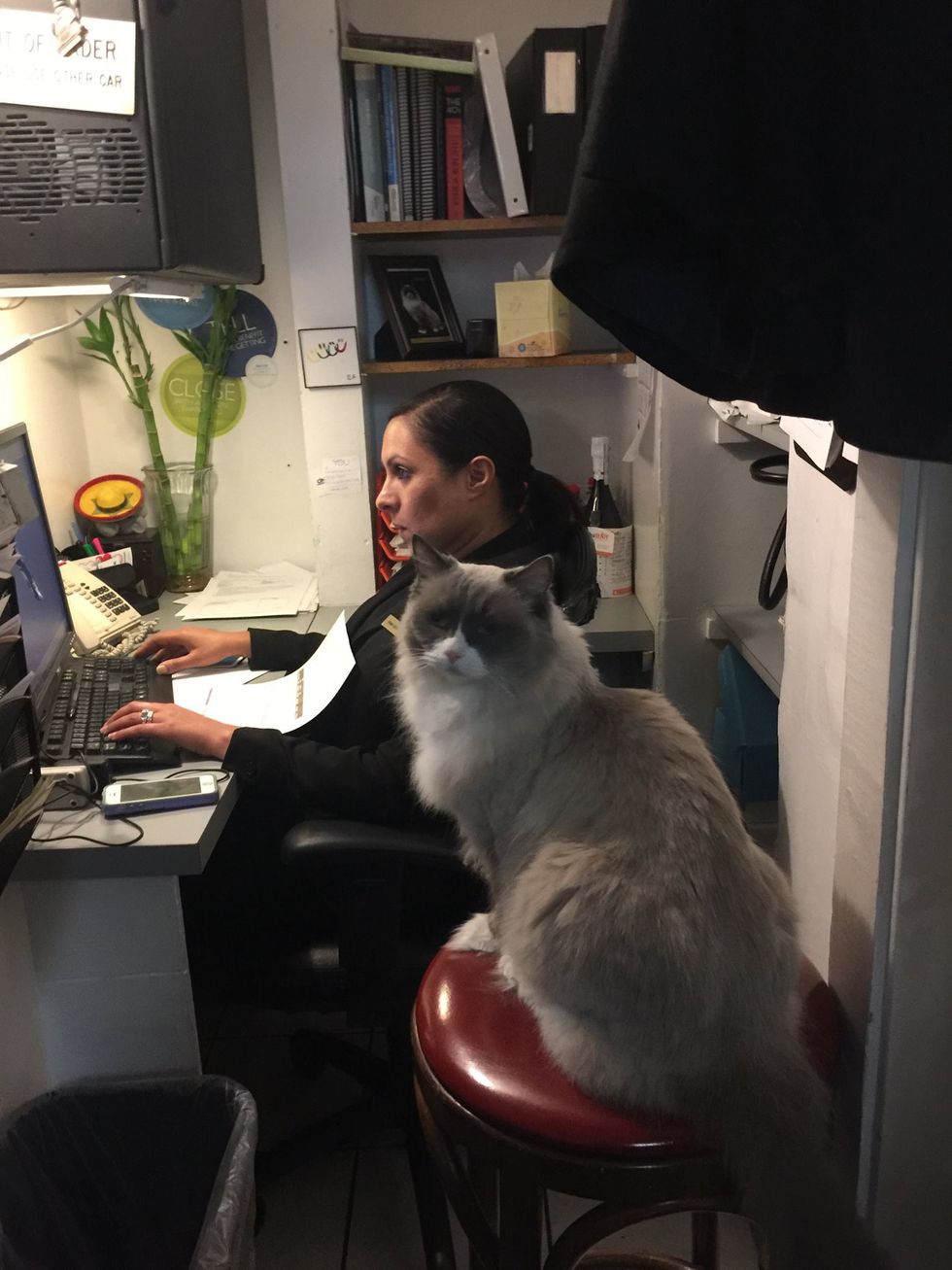 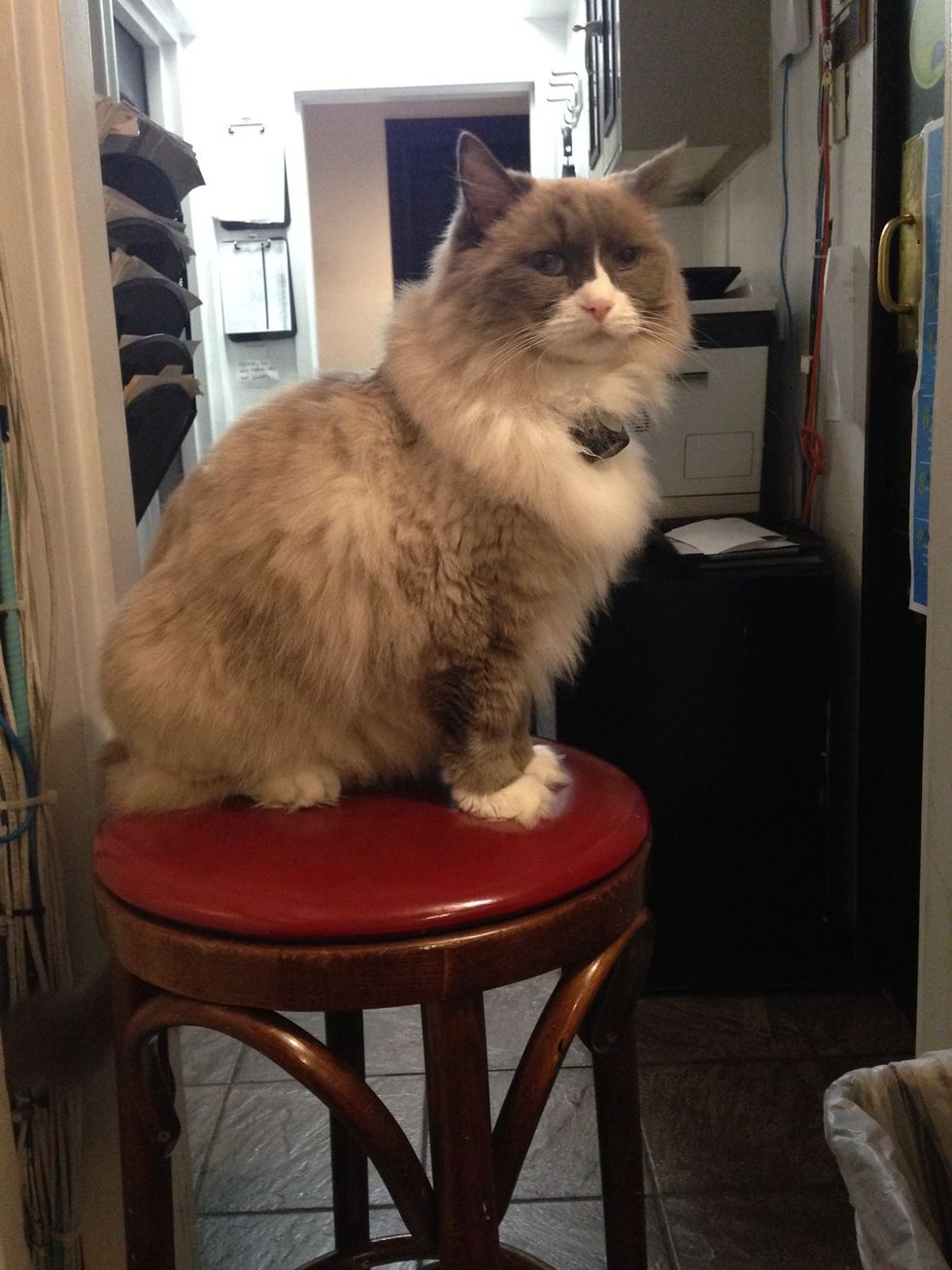 Matilda is now around 11 years old. She has served the hotel for seven amazing years.

Napping was her favorite part of the job. 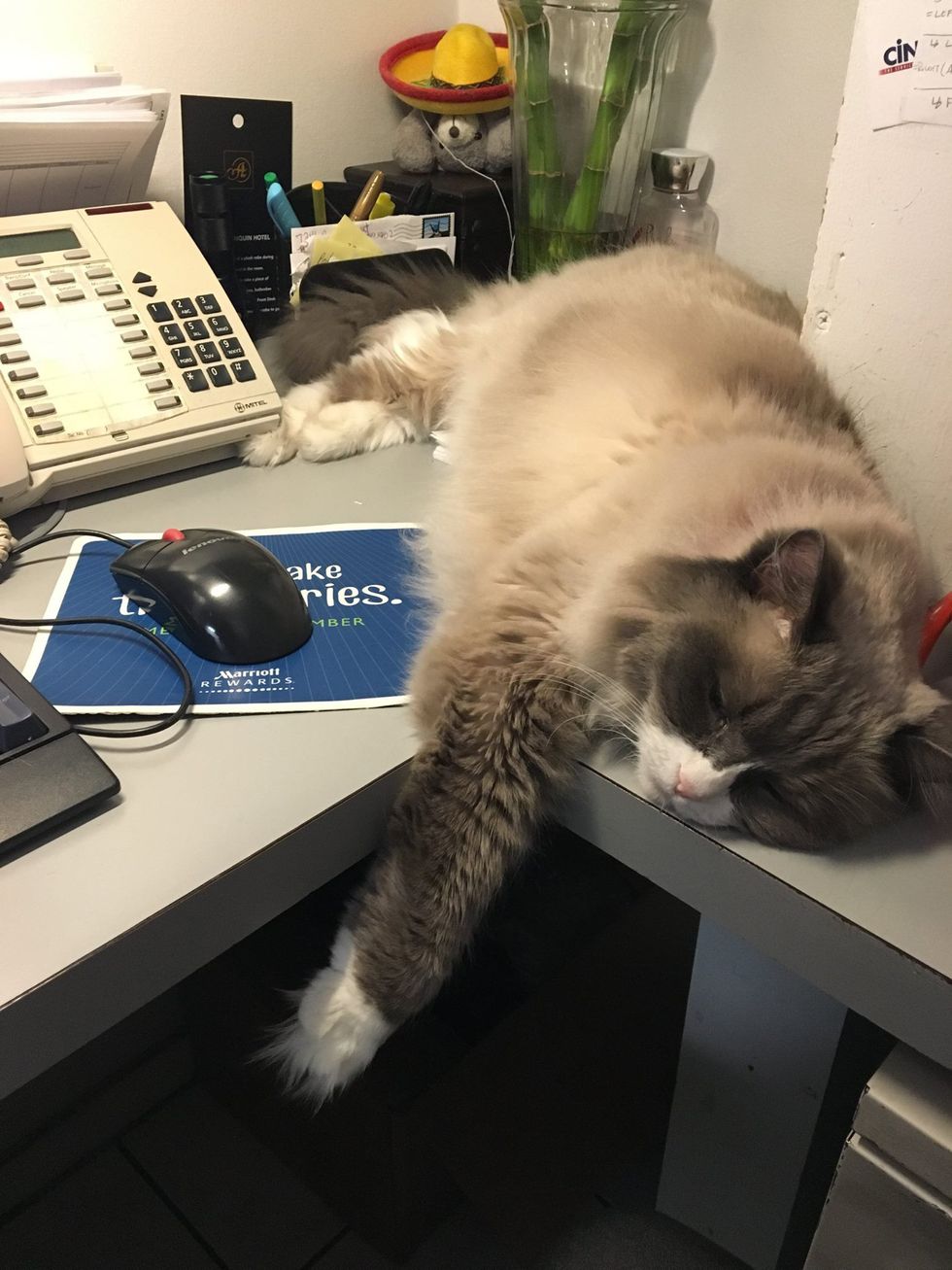 The regal long-haired Ragdoll is ready to retire, and she will spend her golden years at a staff member's loving home. The hotel has already welcomed a ginger cat named Hamlet to be Matilda's successor.

After almost a decade of hard work, Matilda is very proud. 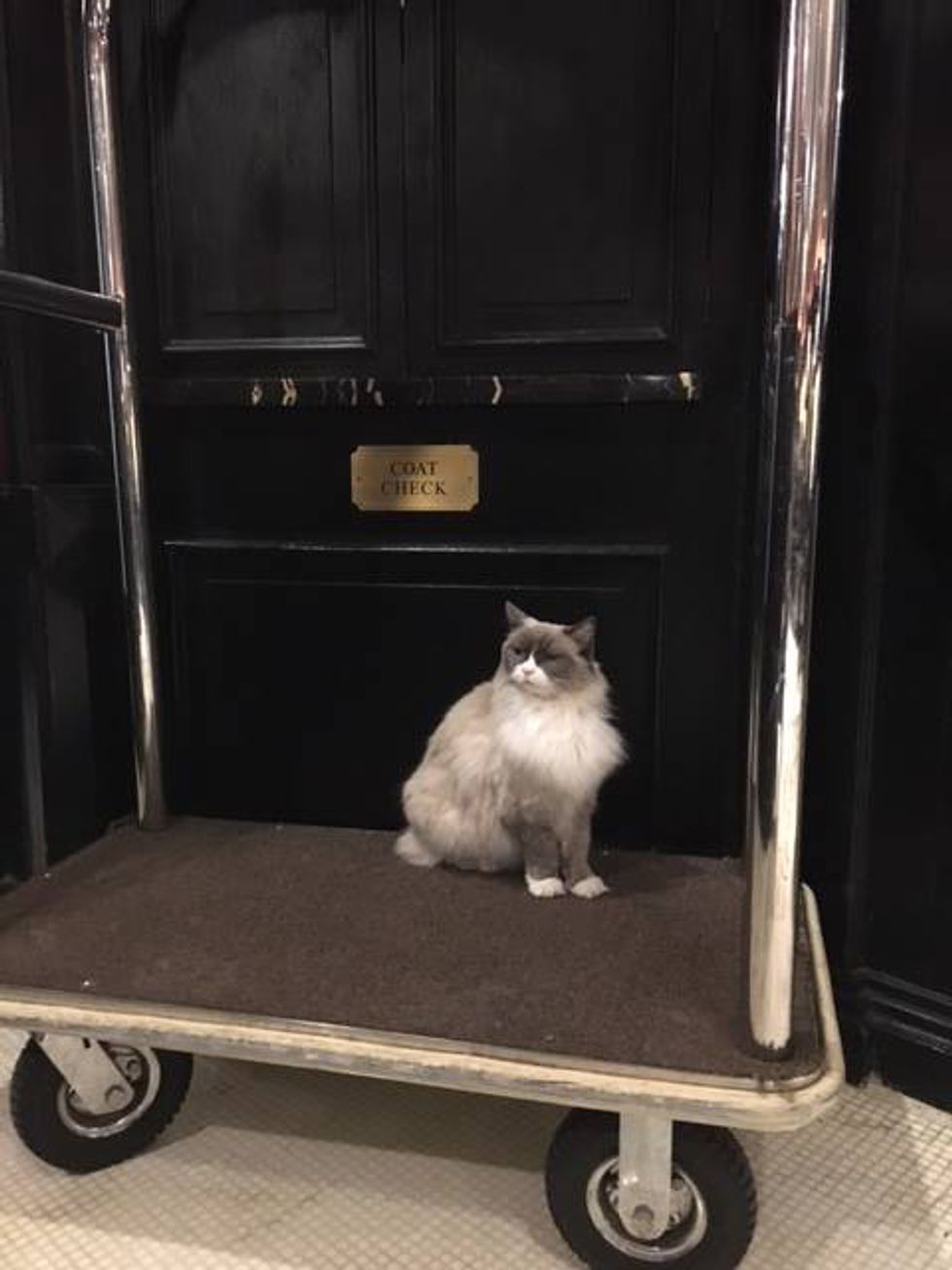 Hamlet was found scrounging for food in a feral colony. Bideawee, a no-kill rescue in New York, scooped him up and quickly noticed just how social and playful he is.

"During his tenure at Bideawee, little Hammy was quite the social butterfly, cozying up to anyone in his vicinity, making himself at home on your lap, keyboard, phone, shoulders or anywhere else he fancied. We know he will excel at his new gig," the rescue said. 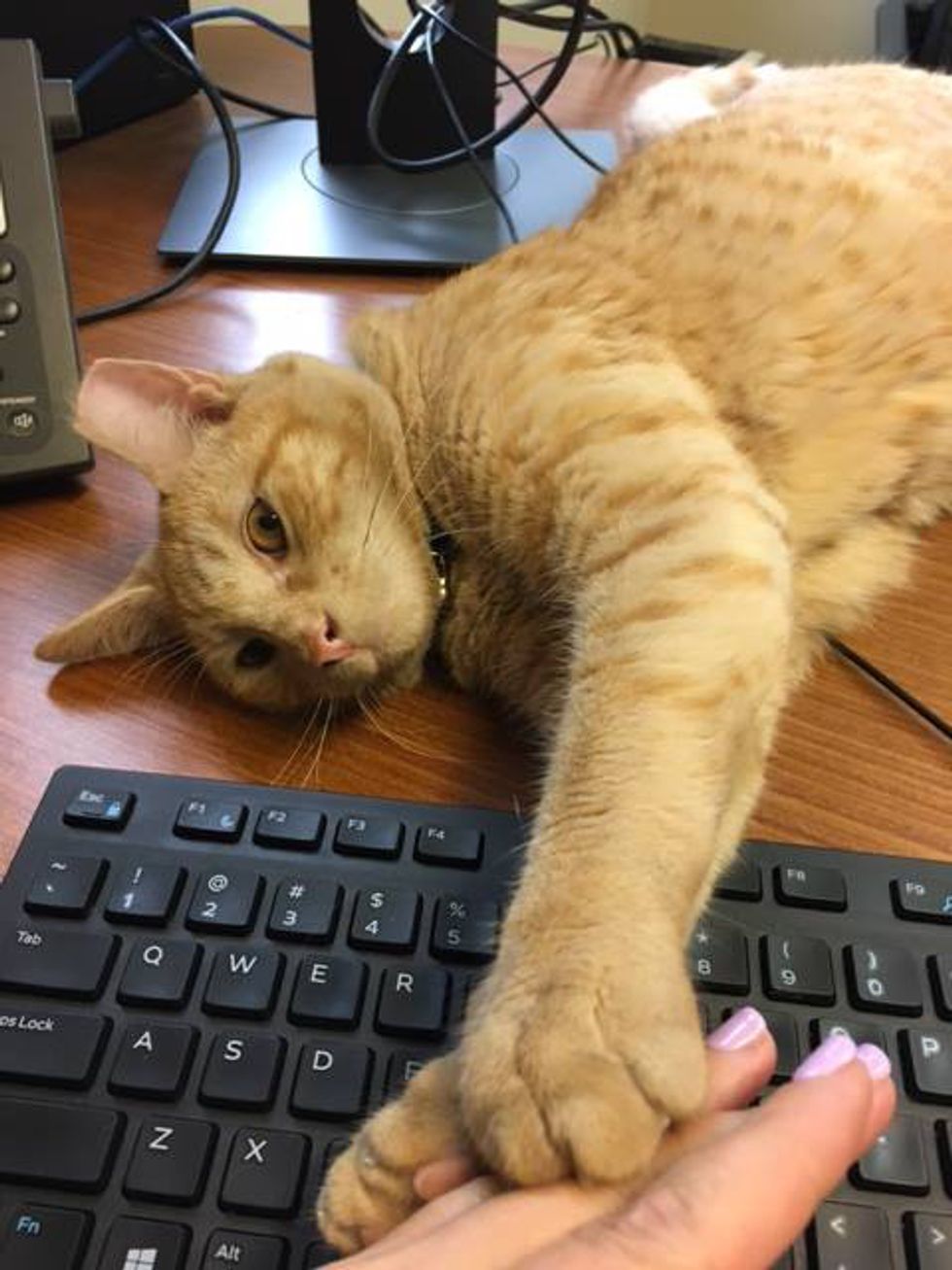 Related story: Stray Cat Wanders into Nursing Home and Decides to Work There