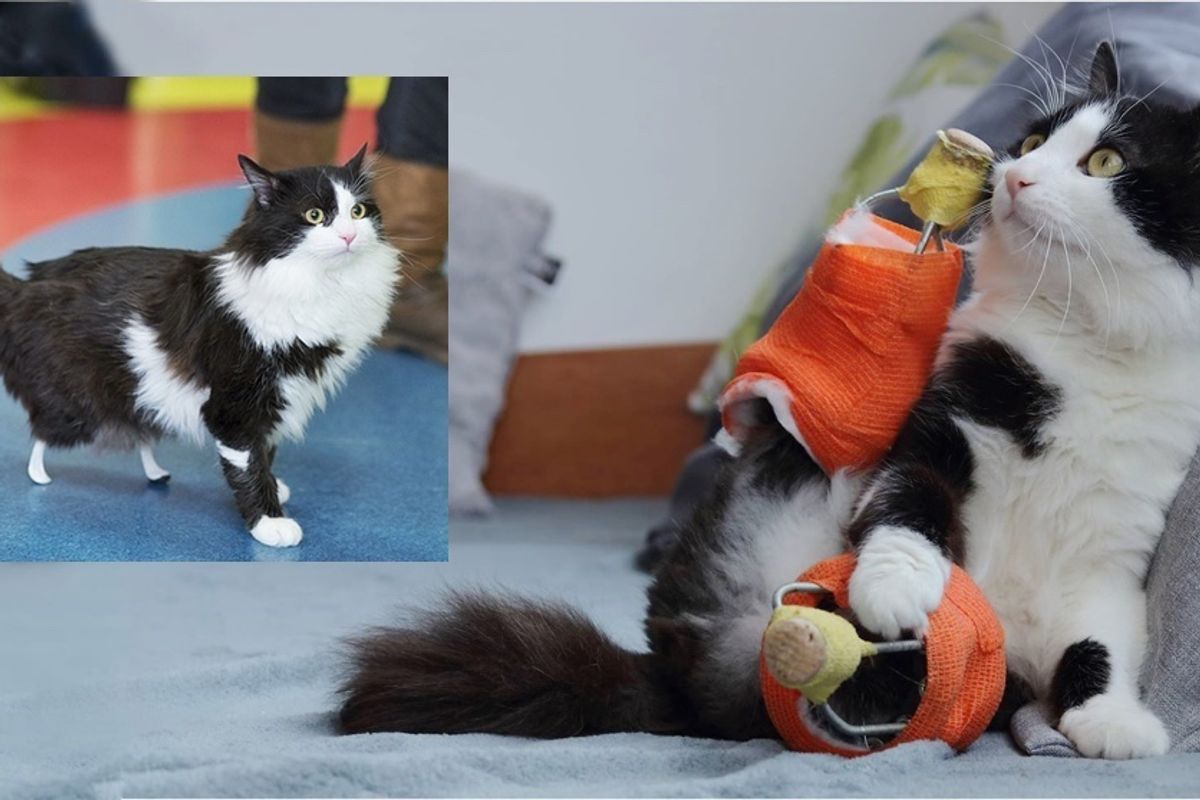 Cat Who Lost Hind Legs is Given a New Pair of Special Legs, Now A Few Months Later...

A kitty from Bulgaria became the first cat in Eastern Europe to ever receive a pair of bionic hind legs. 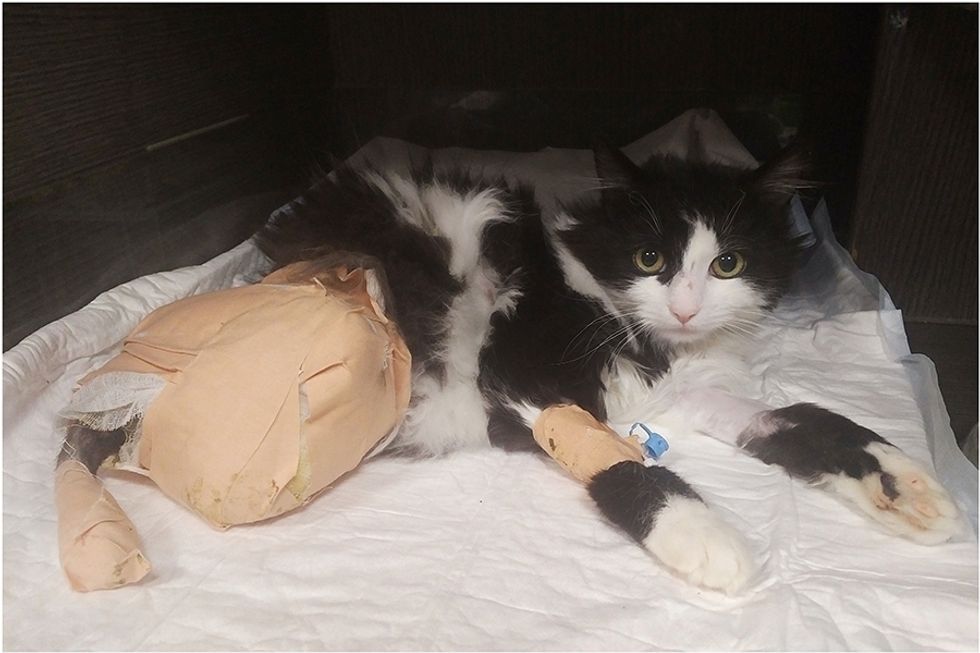 The black and white cat was found in a small village in North Bulgaria one day last April with severely crushed hind legs. They suspected that he was run over by a passing car or train.

Pooh was rescued by a local animal organization, Let's Adopt Bulgaria. When they brought him to the Central Vet Clinic, they weren't able to salvage his legs despite all the efforts put into saving them. Without the two hind limbs, Pooh wouldn't be able to jump or run normally, but the vets refused to let the quality of his life go down the drain.

They decided on a special procedure for the little brave kitty. 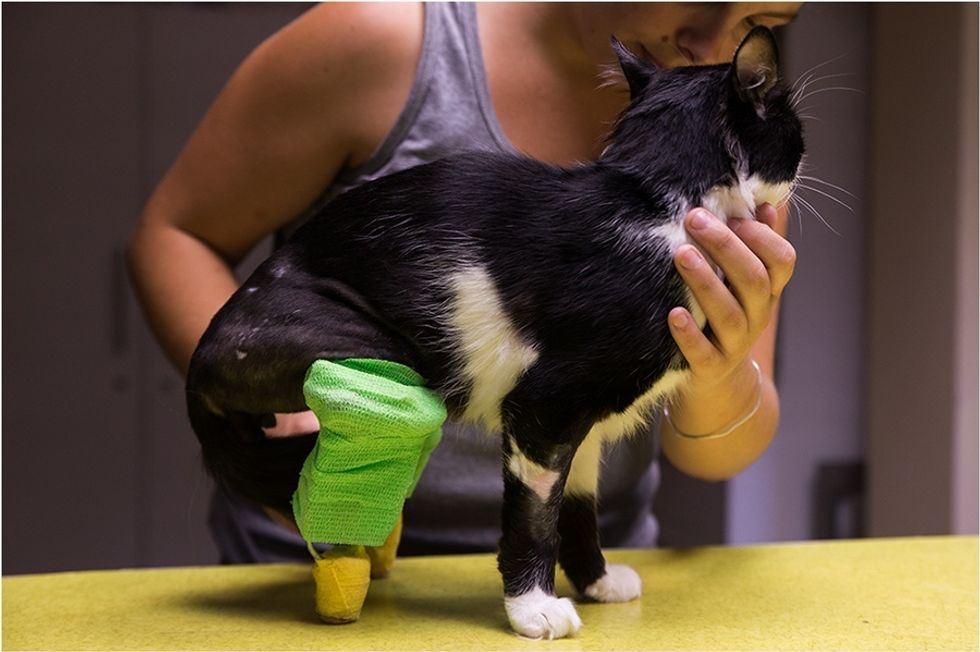 "We work with amazing doctors with brave people who do not hesitate to seek solutions beyond established practices," Let's Adopt - Bulgaria said.

Veterinary surgeon Vladislav Zlatinov decided to give Pooh a pair of ITAP prosthetic legs that would allow him to walk on all fours. 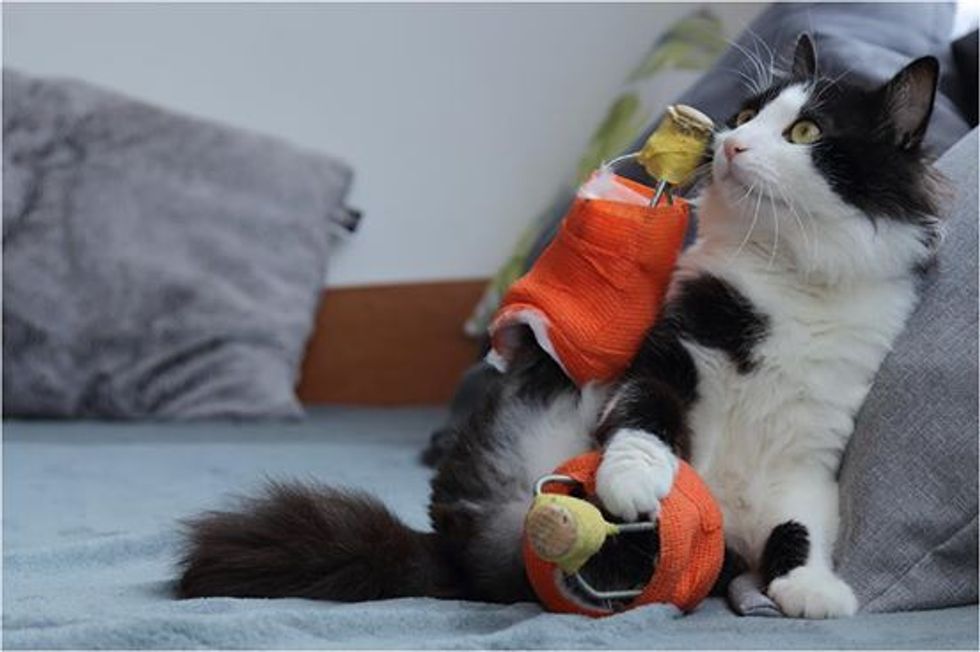 After his final graft, Pooh took his first steps a month later. It was quite a success. "Pooh's condition is more than satisfactory. There might be some clumsiness but he can walk, jump and run," the surgeon said. 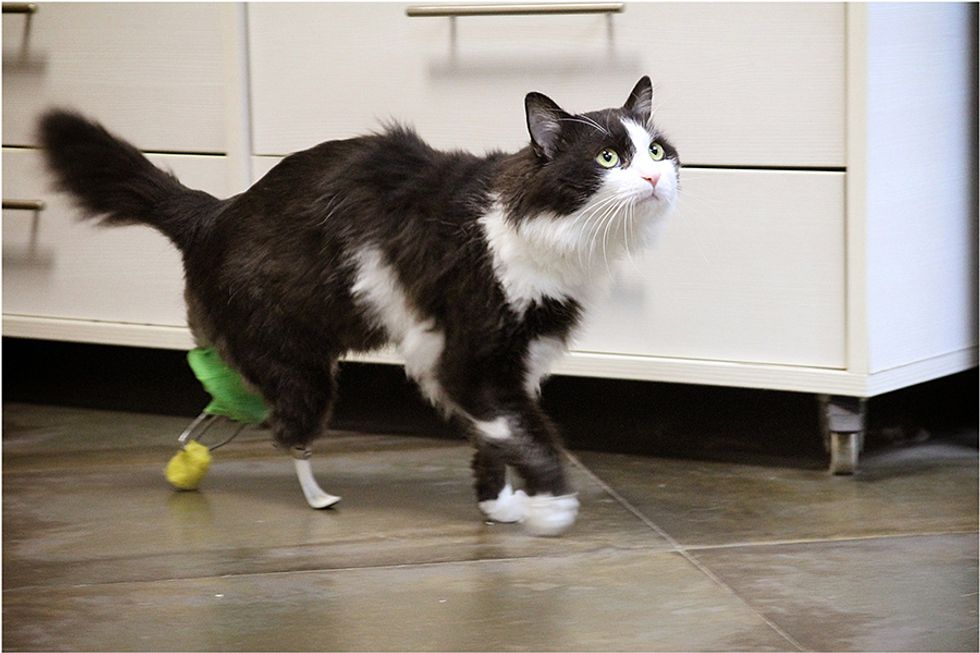 "The method has enormous advantages over standard external prosthesis in animals that require daily maintenance by the owner and often cause complications.

"With ITAP, all these drawbacks are avoided," Let's Adopt said. 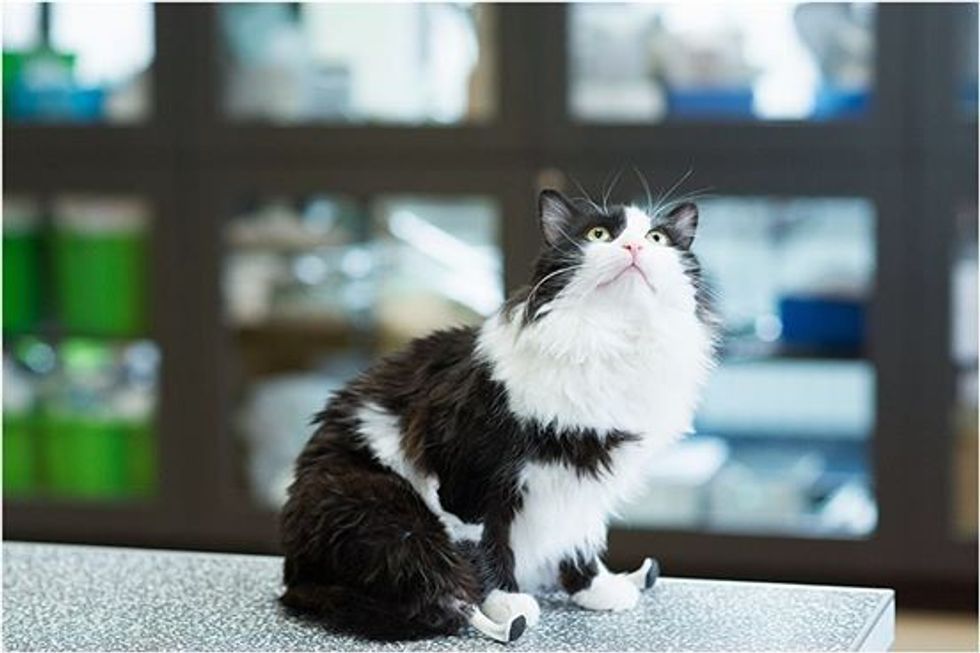 Pooh is the not the only cat with bionic legs. In 2009 Oscar the first bionic cat received his new legs from surgeon Noel Fitzpatrick in Britain.

They have also given another cat, Steven, the same procedure as he too lost his hind legs. 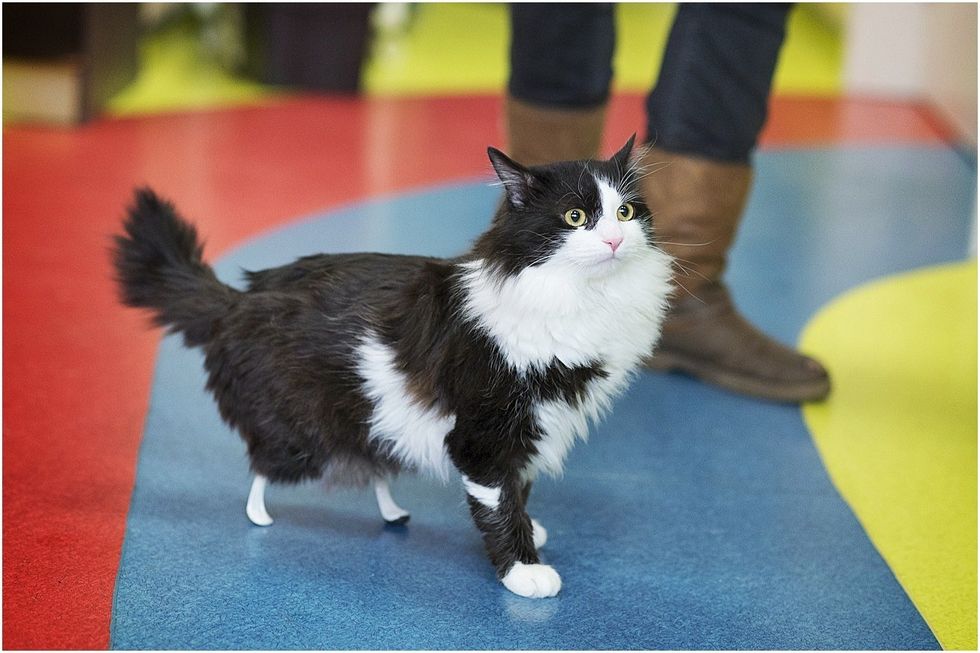