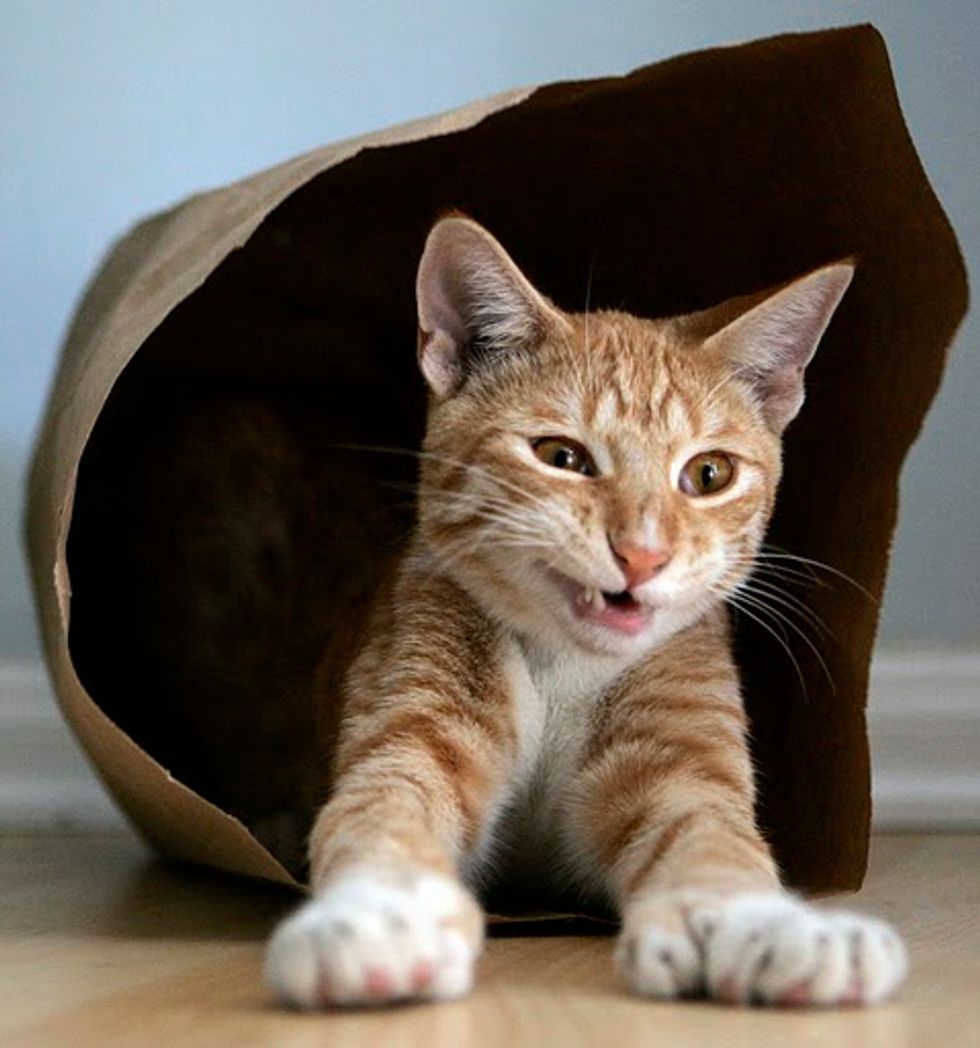 Lori never expected in a million years to get a visit from a 4-legged feline with a bobtail and six toes on each of his front feet. This part Manx part Bengal furry friend showed up one day at Lori's front door and decided that it was a place to call home.

"He was dirty and crying out for love. We made flyers and looked around to see if anyone had posted a 'missing cat' sign but no one did." Lori named the little stray, City the Kitty and adopted him into her home.

City the Kitty is a cat with a character unlike others. He is frisky, charismatic but extremely mischeivious. "He fell into the pool when he was chasing his sister Missy," said Lori.

City the Kitty has a knack at finding the most unexpected places to hide. Once discovered by his hooman, he would continue his quest for another hiding spot.

This feline comedian lately discovered a new talent about himself. His photos have this special element that makes people laugh spontaneously. He recruited his hooman, Lori, to post photos of him making mischief on his Facebook so he could put his talent to good use.

"People tell me I have a dynamic personality. I have photo shoots almost daily, so it's important that I keep myself well groomed," said City the Kitty.

"When I'm not napping, I like to drink from the sink, recline on my armchair, chase that darn red dot that keeps showing up and moving around all over the room, and gossip with my girls. I also enjoy climbing up to the roof (or anywhere really) and then figuring out how to get back down. I enjoy watching people in the shower. I love playing outside but I don't get to go out as much as I used to. My girls think that I'm too trusting of strangers."

Photos and story courtesy of ©Lori. Stop by City the Kitty on Facebook.