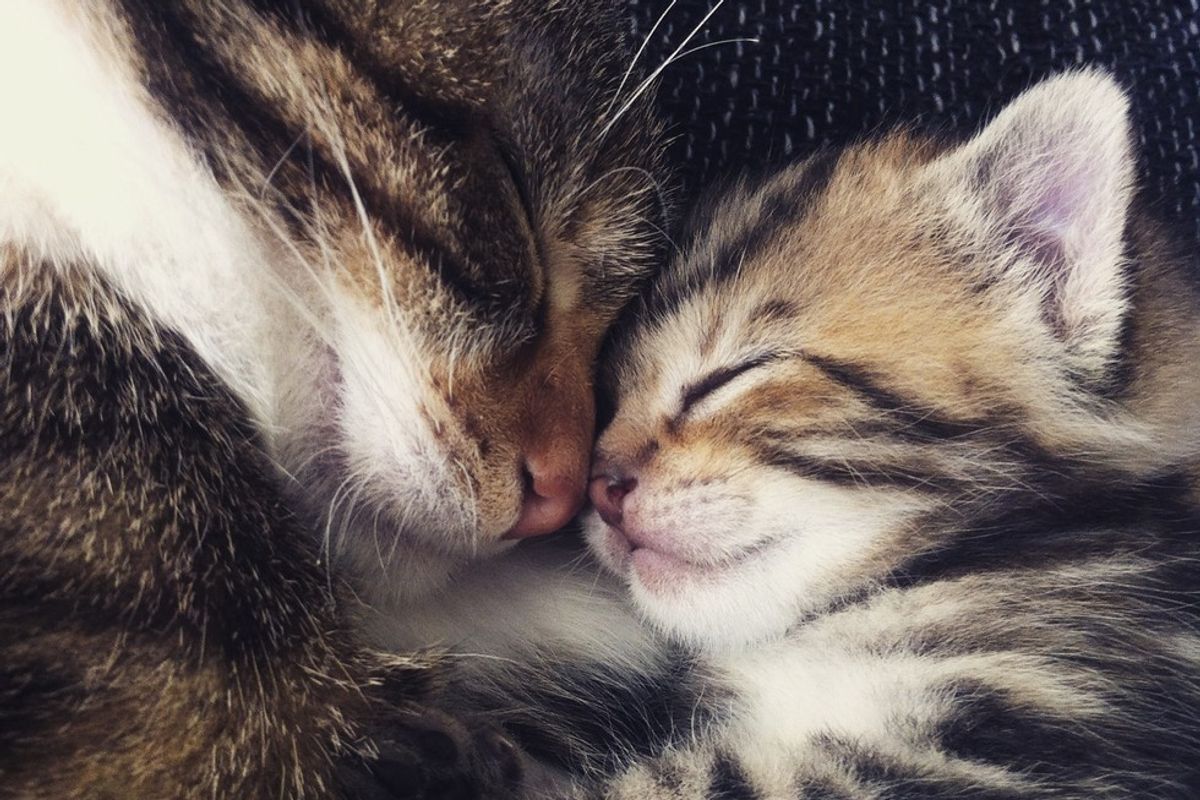 A couple rescued a cat from a horrible home. The kitty returned the favor by bringing them the most precious surprise. 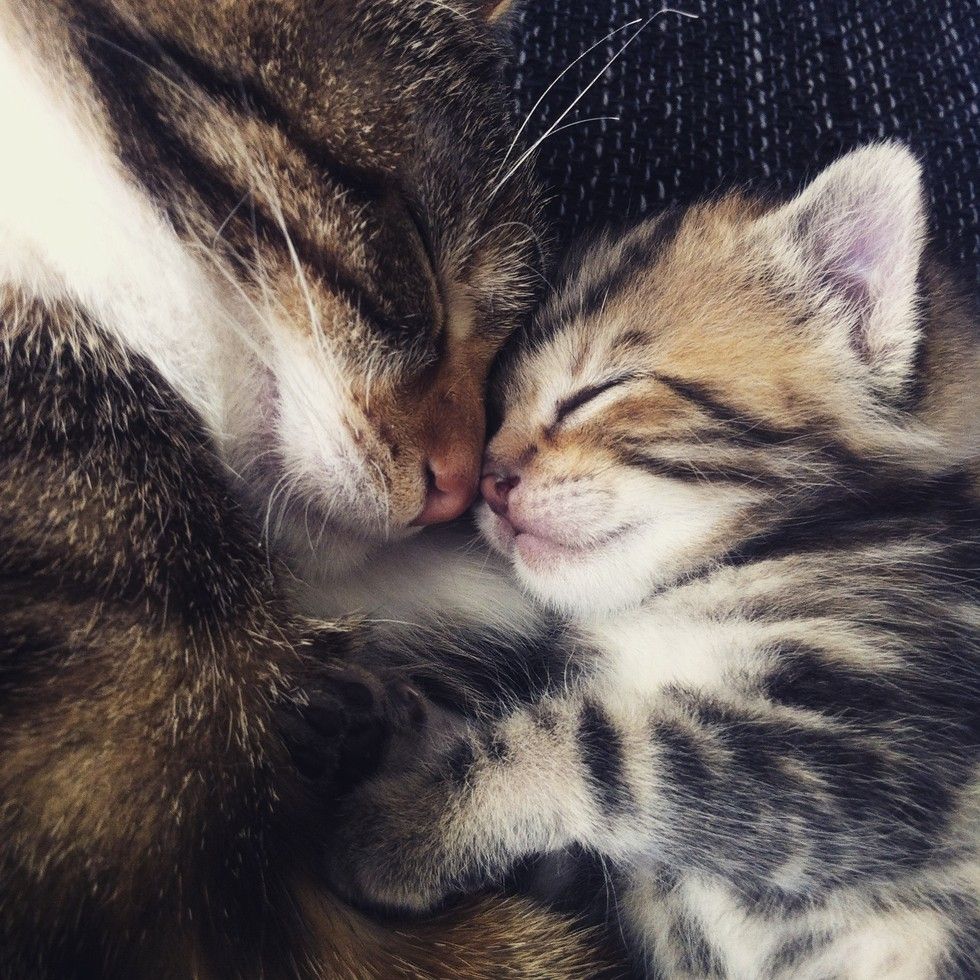 "She came from a horrible family, really messy one, the day when we picked her up was shocking," Richi Gansohr said.

They had to search for the cat among all the clutters and found her hiding behind a fridge. She was very skinny and completely frightened.

When they took her home, she was still very scared, but the couple was there by her side reassuring her that she was going to be ok. "Two hours later, she was cuddling with my girlfriend," Richi said.

The fear was completely gone and replaced by only affection.

They named her Mimi and she quickly became part of their life, but the couple didn't know that their rescue would come in twos. 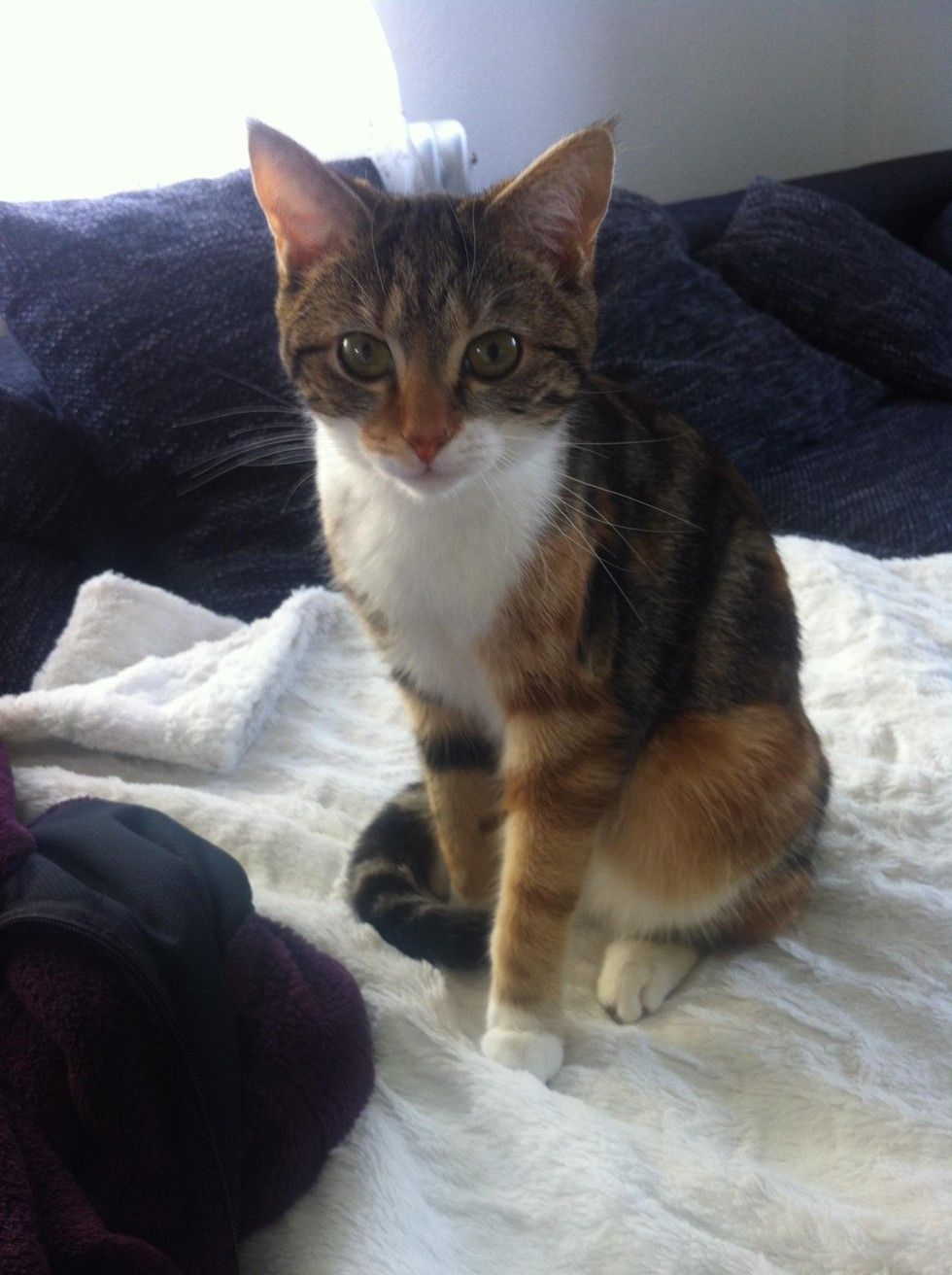 One night, Mimi was meowing loudly for quite some time. They checked on her but couldn't see anything abnormal.

The next morning when they woke up, they were shocked by what they found in the living room - a tiny newborn kitten was nursing on their newly adopted cat. 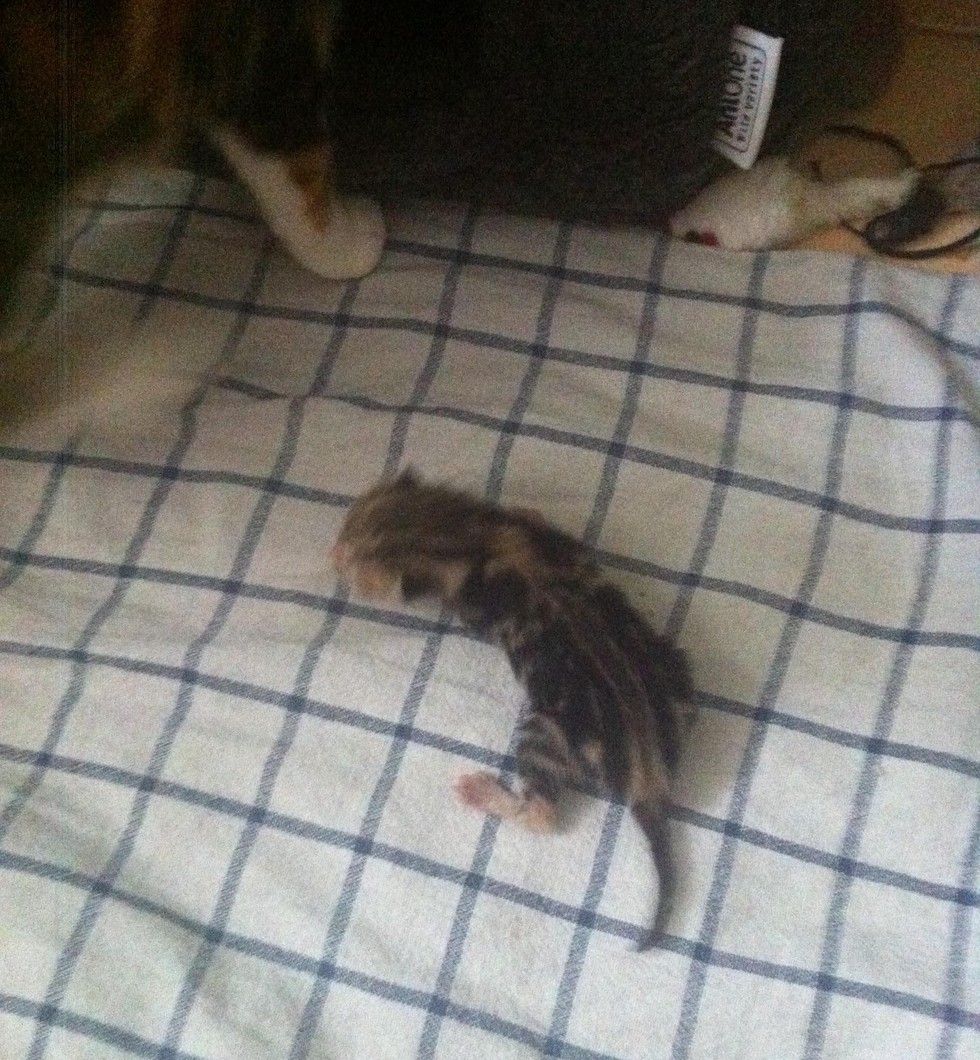 "We were very surprised as we didn't know that she was pregnant," Richi told Love Meow.

"She only got one kitty, that's unusual for cats but that's also the reason why we didn't know that she was pregnant. She was really slim for a pregnant cat." 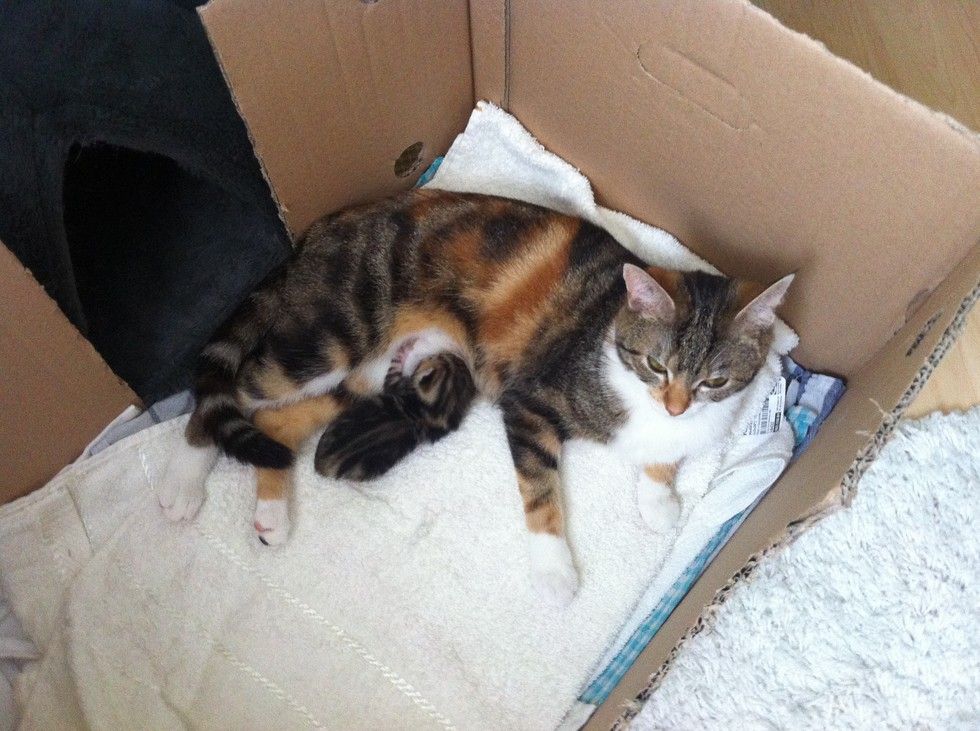 "She is the best mom, she protected him and both love to cuddle with each other."

Mimi adores her little singleton and showers him with unconditional love. 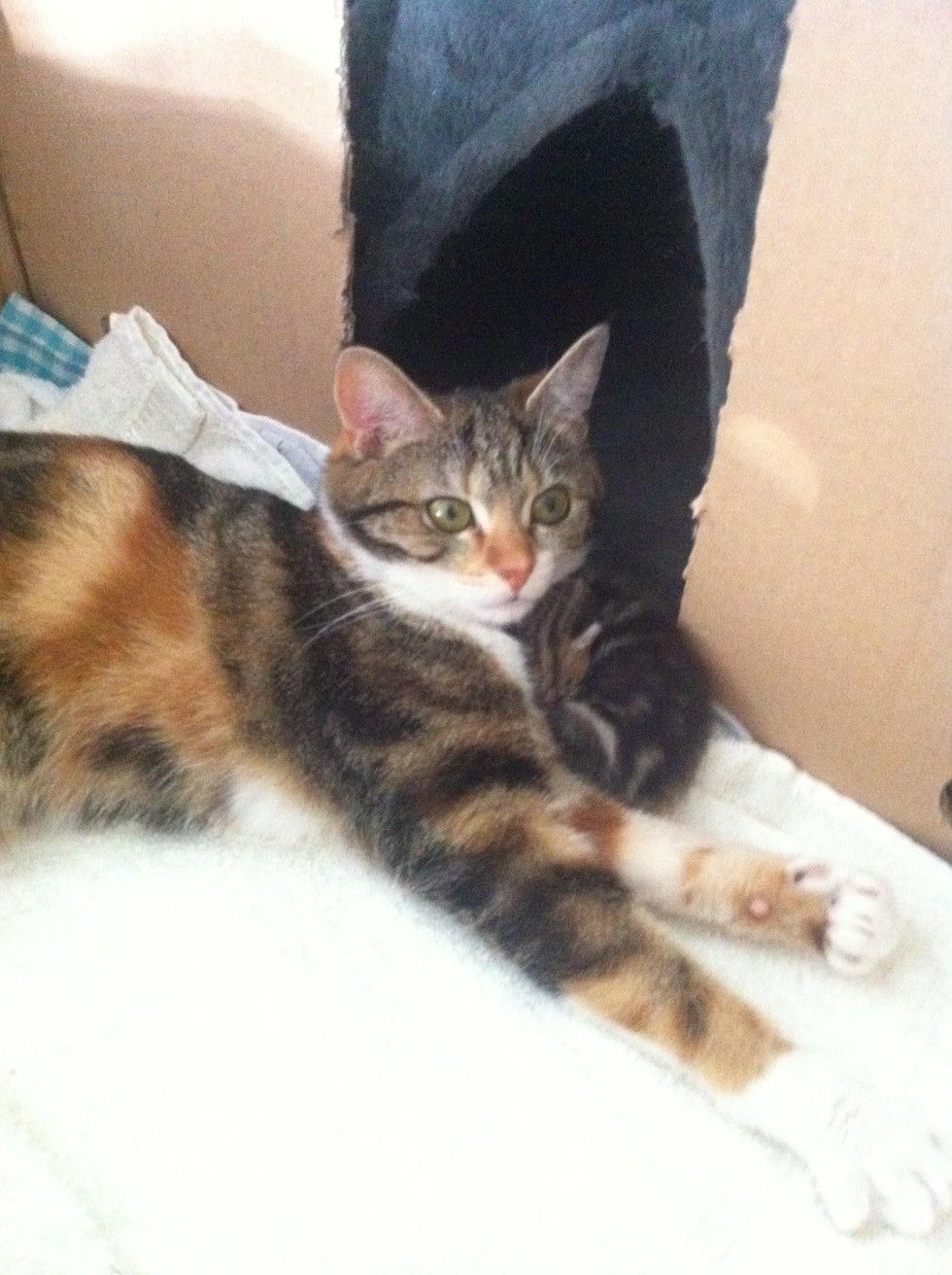 They named the kitten Sunshine as he brings sunshine into their life. 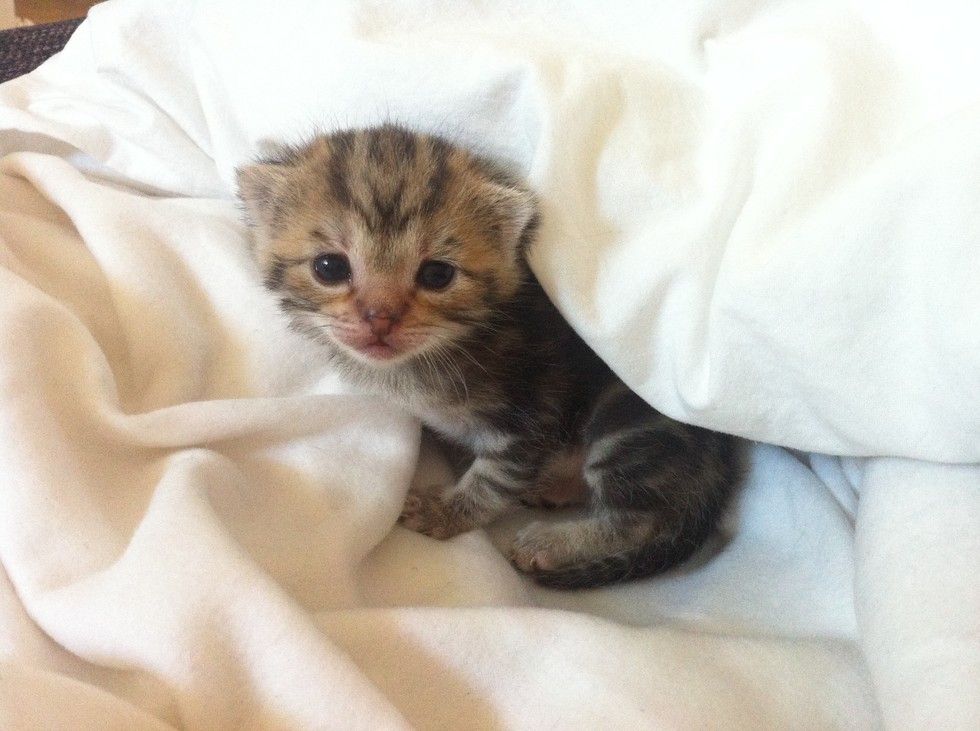 As he grew, his ears perked up and his personality began to shine.

He is the mischief maker in the house. 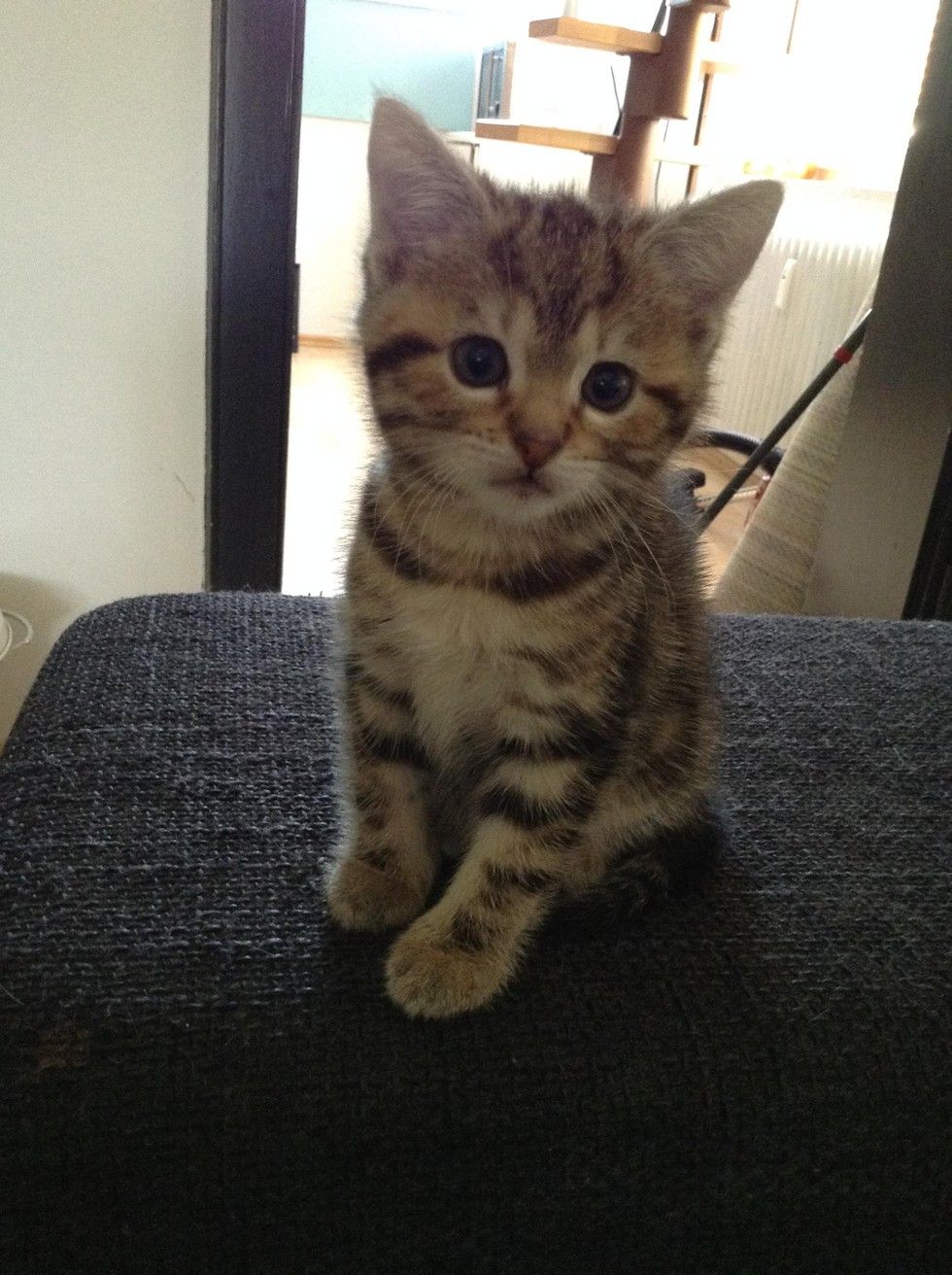 He loves being held by his humans.

Napping in their arms makes him a very happy kitty. 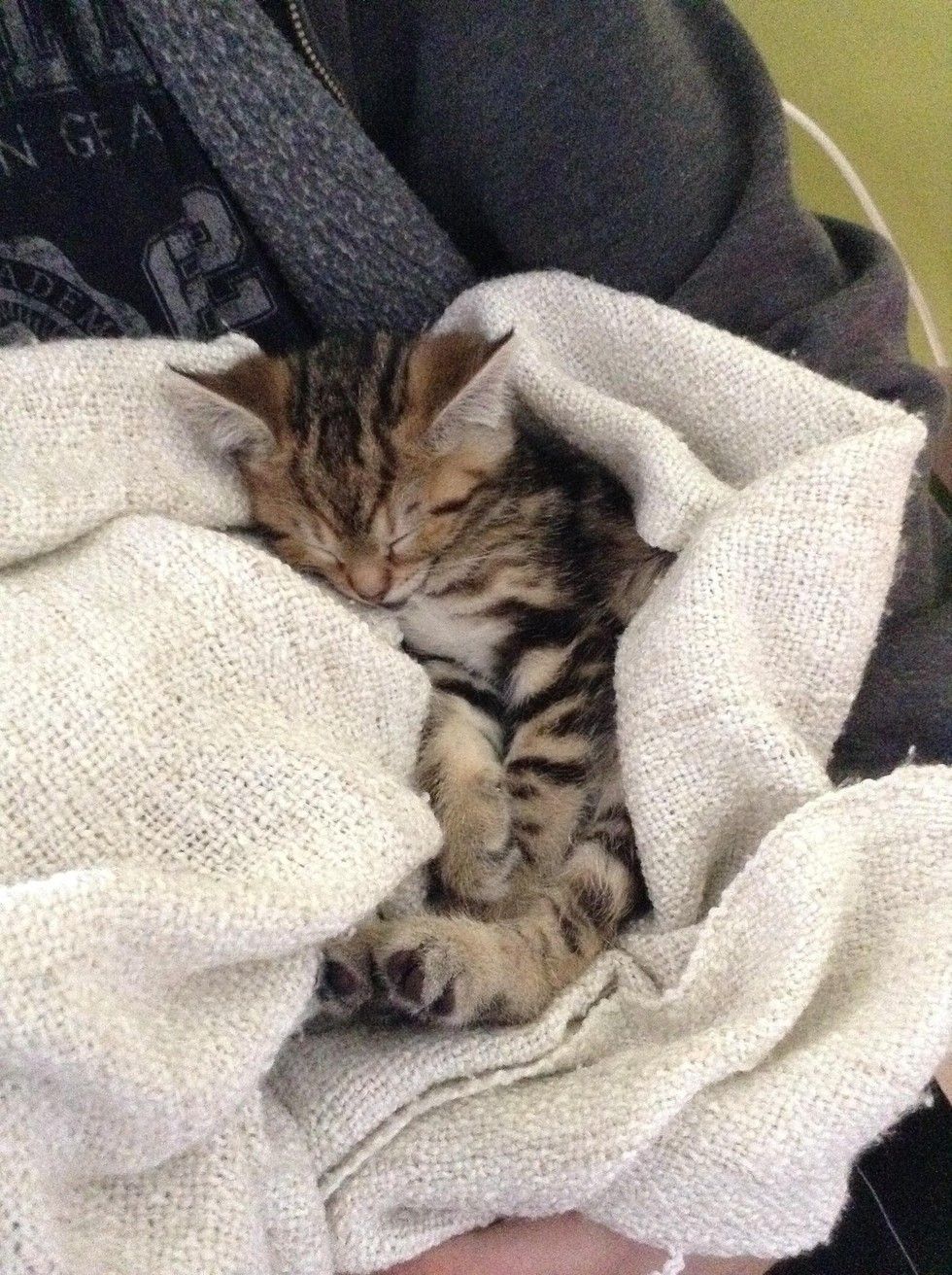 They never expected that they would end up rescuing two kitties when they found Mimi...

Mimi cuddling with her little pride and joy. 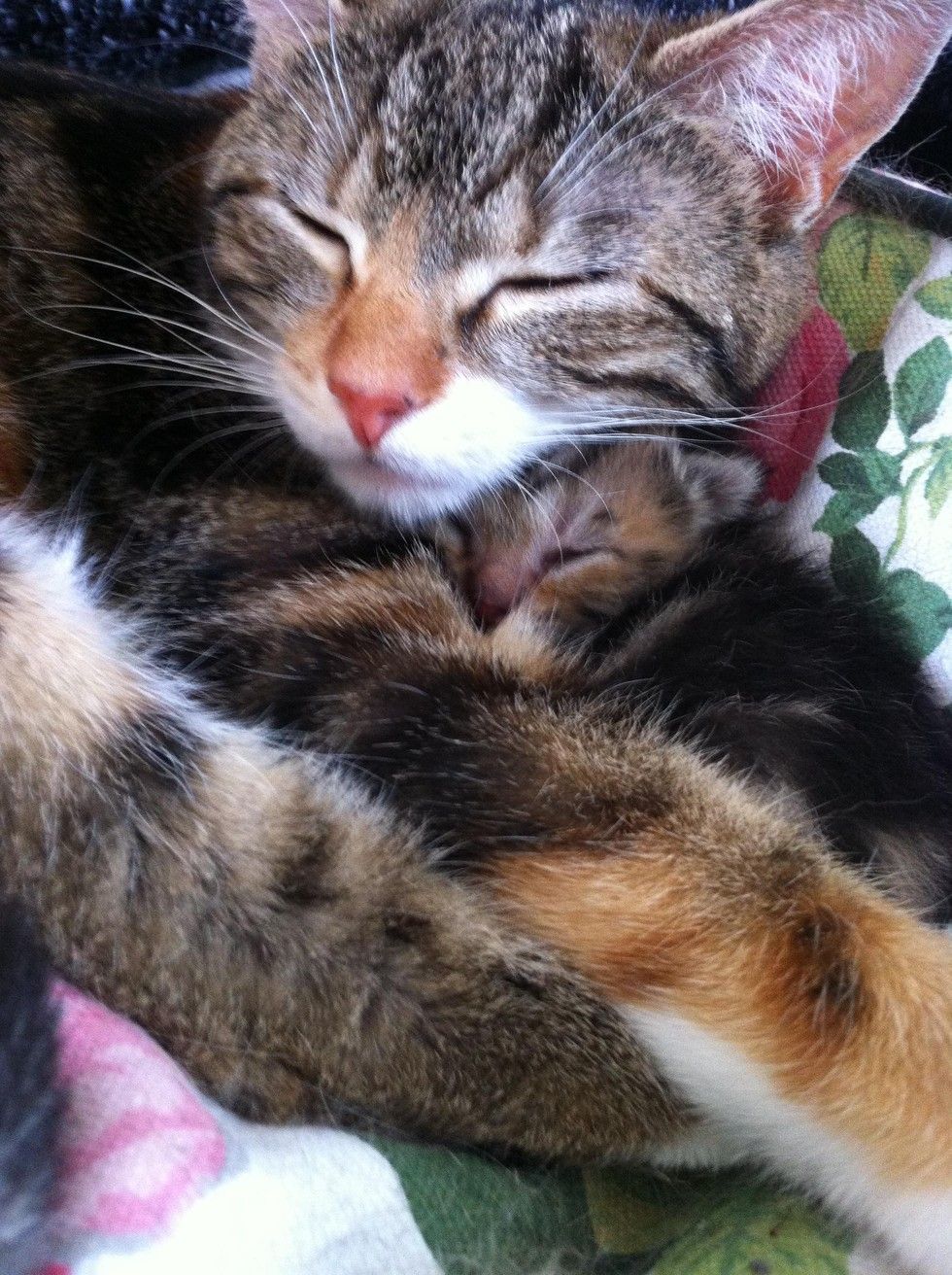 "It was like a precious gift she gave us," Richi told Love Meow.

The mama and her baby are happy and loved at their forever loving home. 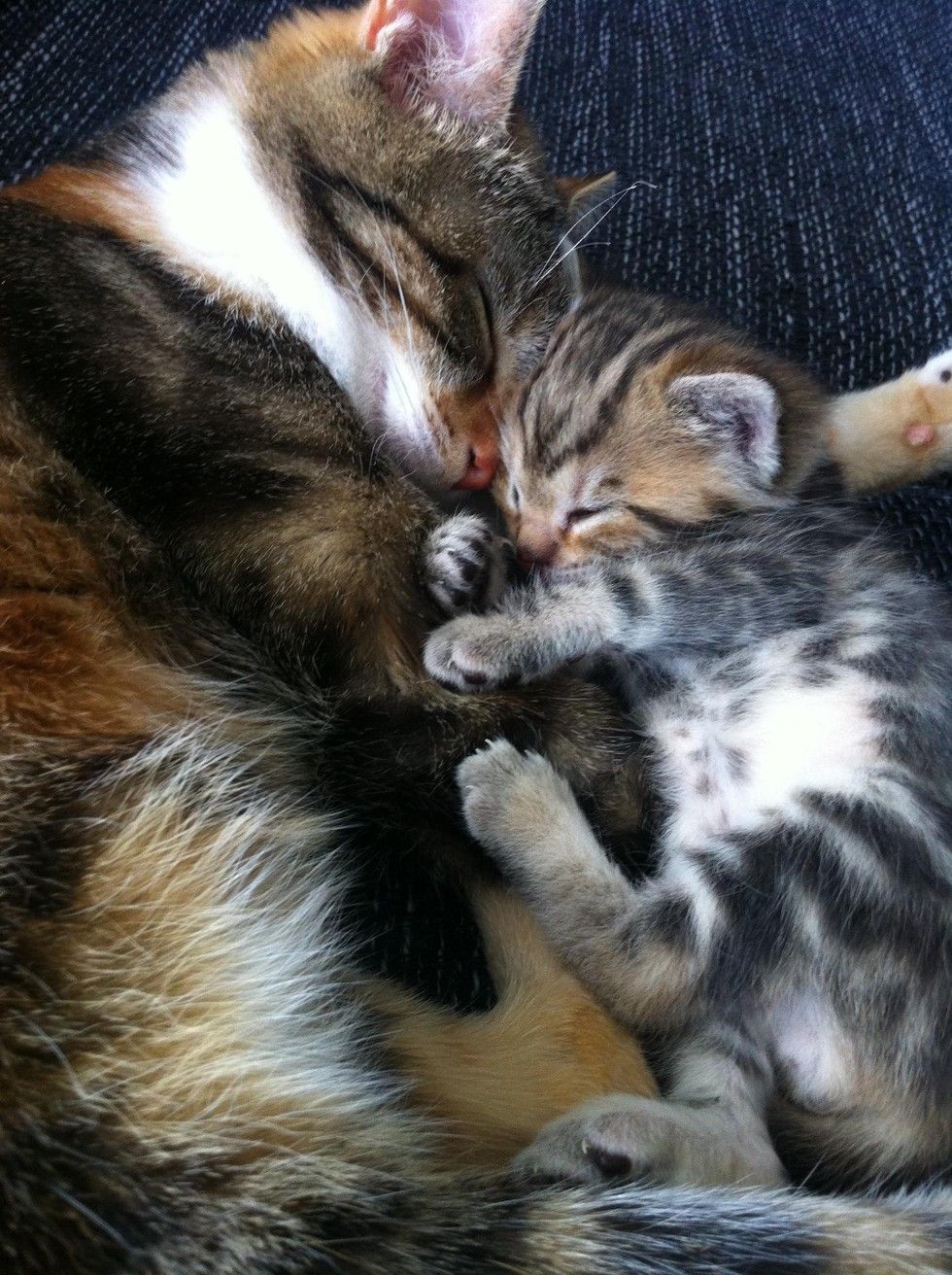