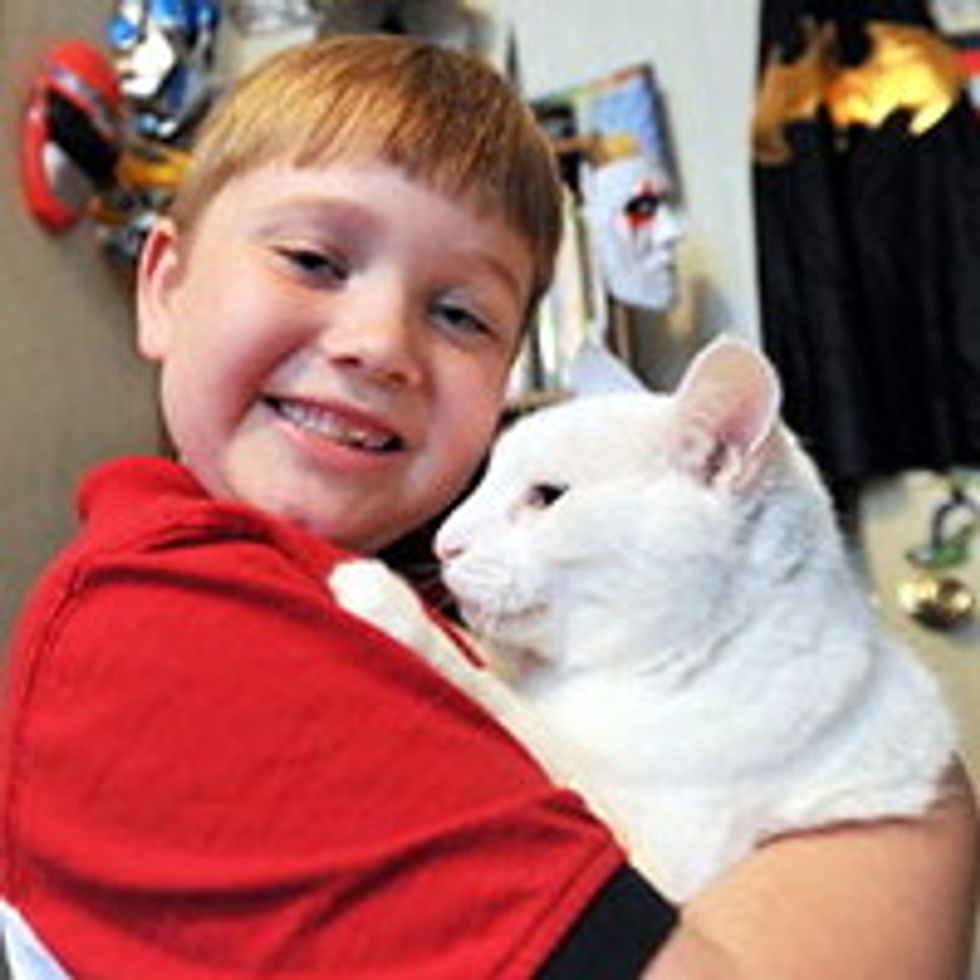 A cat is credited for saving a family's home from fire. Mr. Meowy is the hero in this story. He is a foster cat taken in by the Rinauro family of Jones County, Mississippi. "Sal Rinauro, 30, describes himself as someone who isn't an animal person. Reluctantly, he and his wife, Kayti, decided to take in a foster cat… from animal rescue group Macon Purrs N' Paws. But their 7-year-old son, Brendon, convinced them," reported The Telegraph.

Brendon fell in love with the white cat and begged for him to stay. The family then brought him into their foster home, but what they didn't know was that Mr. Meowy returned their kindness by saving their home.

It was a Sunday, Sal and Brendon left home for a Super Bowl party. Kayti and her 2-year-old son, Jacob also were headed to the grocery store. But as Kayti was about to leave, she "remembered she had forgotten to leave a light on for the cat," so she went back inside only to find out Mr. Meowy, normally a quiet cat who hardly purrs or meows much, meowing aloud from Brendon's room. It immediately alerted Kayti and she decided to check on him.

"She smelled smoke and found Mr. Meowy in the room where a small pillow had fallen from Brendon's bunk bed and landed on an Atlanta Braves night light." (The Telegraph) The pillow just started to burn. Thanks to Mr. Meowy, a potential house fire was prevented.

"We were not necessarily looking to adopt, but my son and Mr. Meowy connected immediately. We were just going to foster him for a little while. Now, he's not going anywhere," said the family.

Mr. Meowy saved the house Sal's grandmother passed down, and also turned Sal into an animal person. Mr. Meowy and Brendon have been inseparable since day one. He became a little guardian angel for his little human friend. It is like his way of telling Brendon "Thank you for taking me into your home." 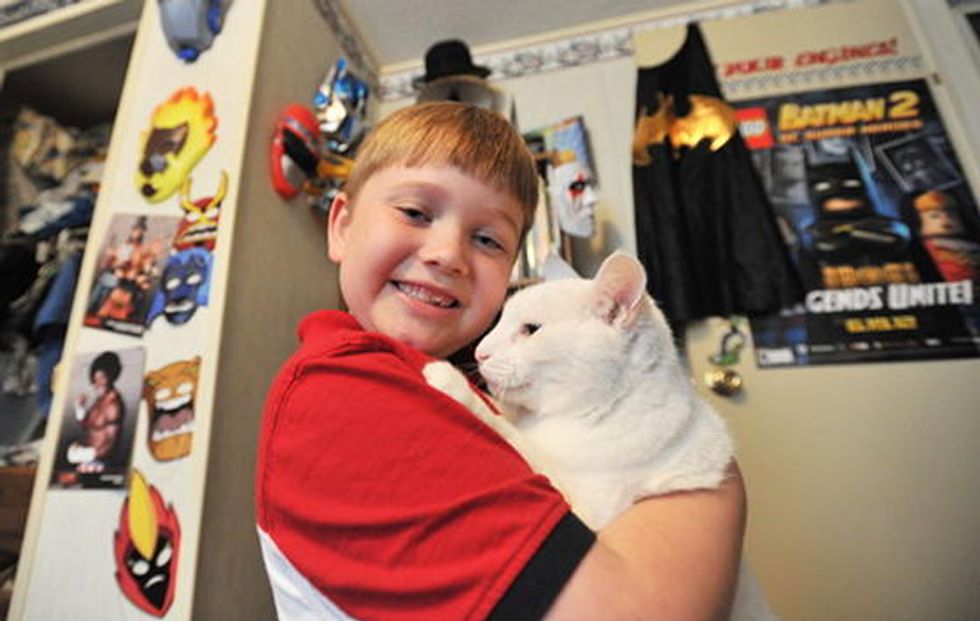 Mr. Meowy returned their kindness by saving their family's home from fire 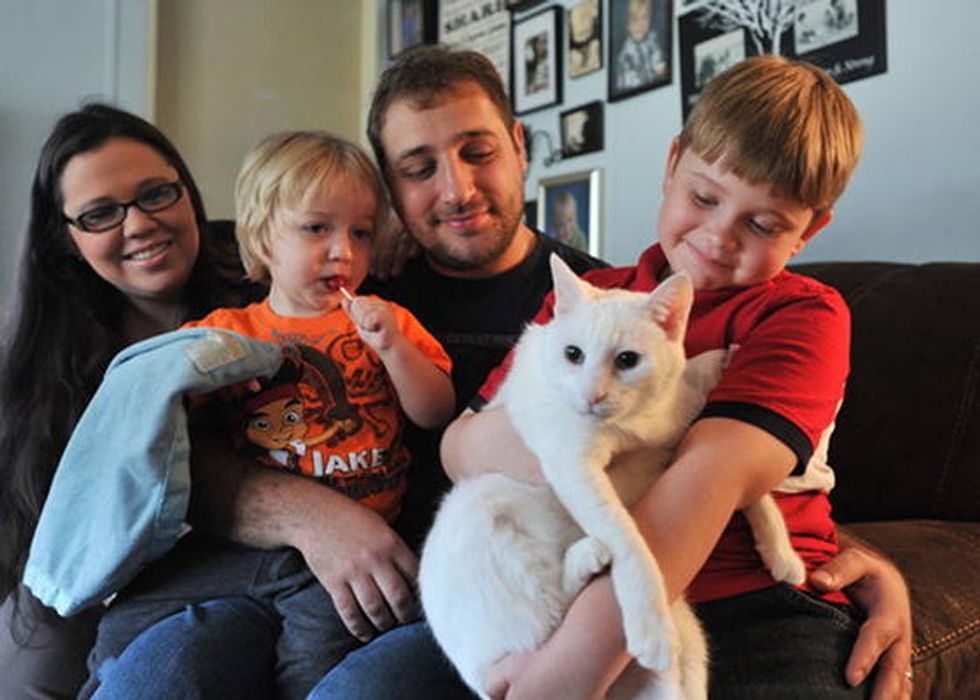