Garbage Collector Found Kittens in Brush Pile, He Couldn't Leave Them There

A garbage collector heard meowing from a brush pile. Upon investigation, he found two tiny newborn kittens crying for help.

"I couldn't leave them there," he said. 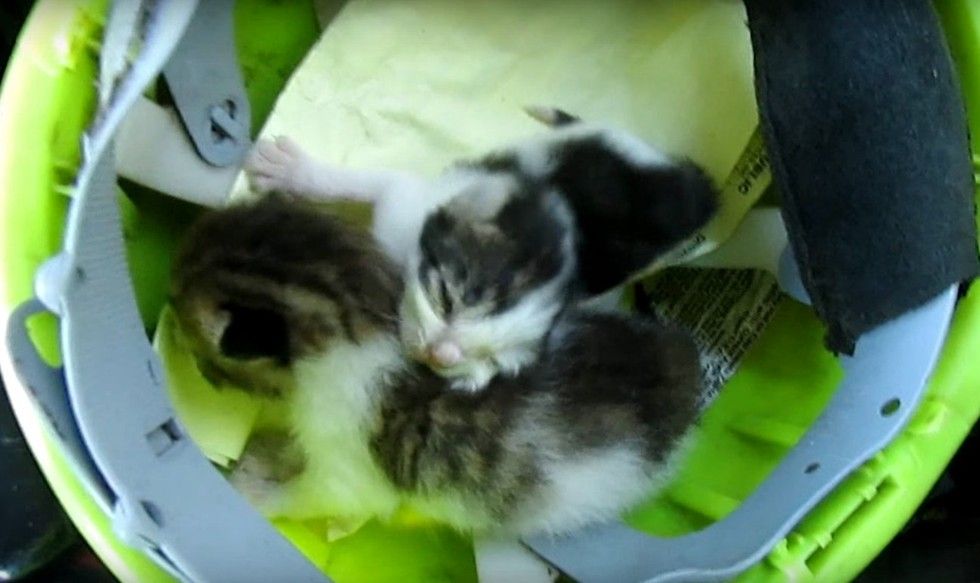 The kittens were left in the brush pile without a mother in sight. "It's possible that the mama cat left them there."

He first kept the kittens in the pile, hoping the mother would return. "I came back several hours later… the two guys were still sitting there, looking confused, so I went ahead and picked them up. I didn't want to leave them there."

He placed the kittens in his helmet and drove them to an adoption drive, hoping the people there could help, but he was told that "anything under two pounds will be euthanized."

The kittens were so young, so he decided to take them home to foster.

He named the kittens Simon and Raphael. 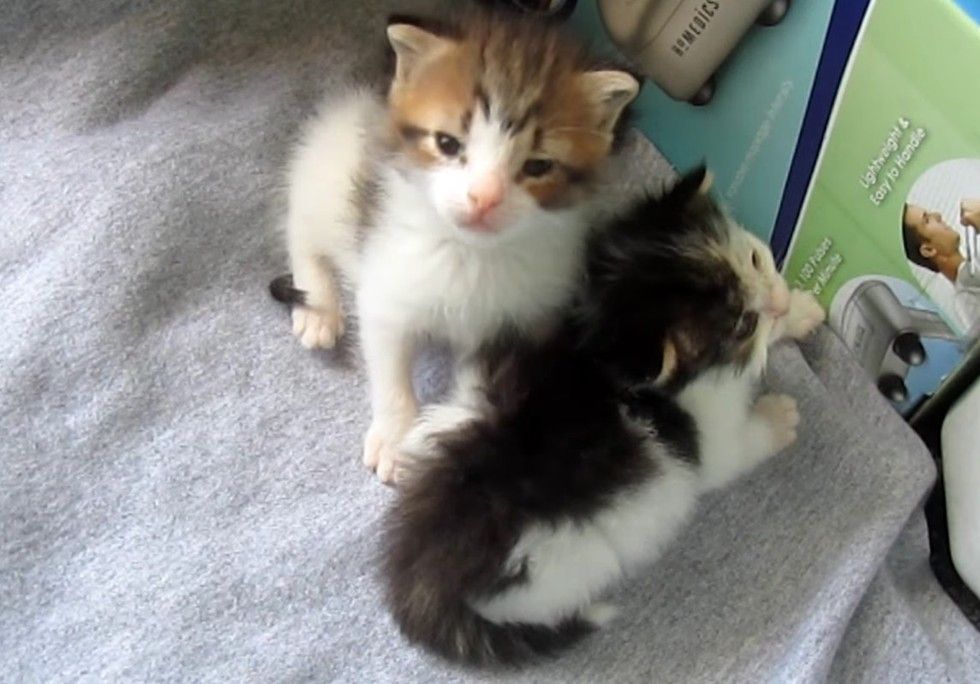 "If they were left in the alley where we collected the brush pile that day, I know in my heart they would not be alive right now," he said.

"This is one of the most rewarding things I've done."

He got some formula and brought the kittens home. After a few days looking after the kittens, they simply couldn't part with them.

"We decided we just had to keep them." 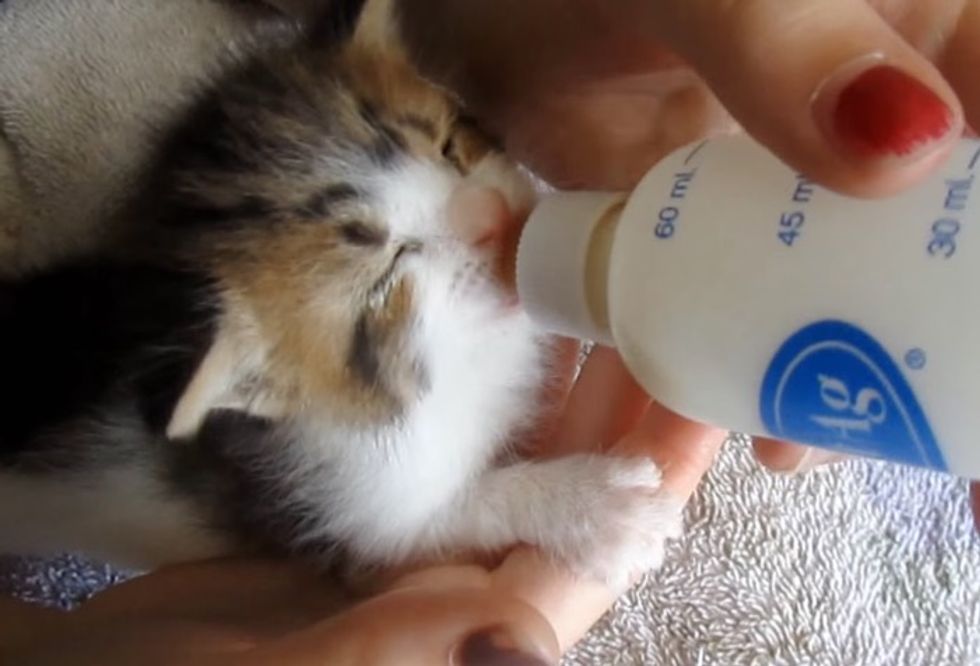 The resident cat came to give the kittens some much-needed TLC. 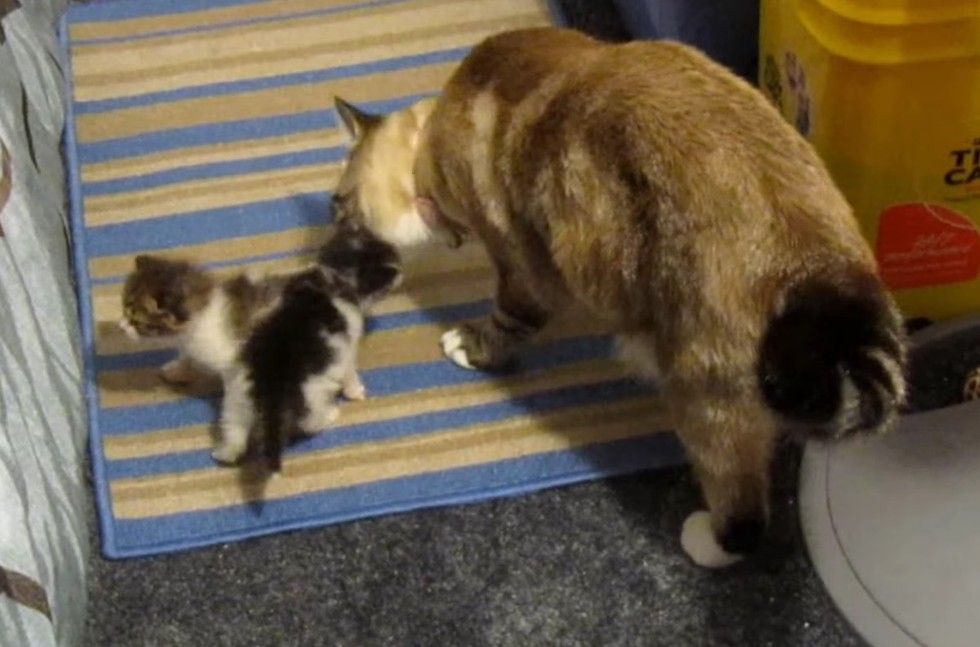 "Simon (the kitten) needed the most love and attention," he said.

It was touch and go for awhile, but with a lot of love, both fur babies began to thrive.

The two feline buddies grew by leaps and bounds. 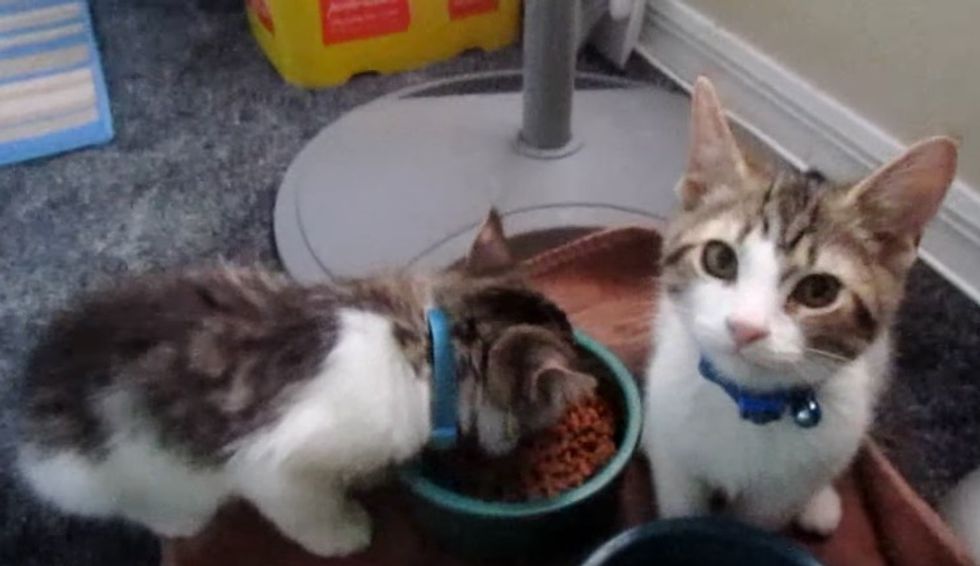 Simon telling his human the importance of recycling. 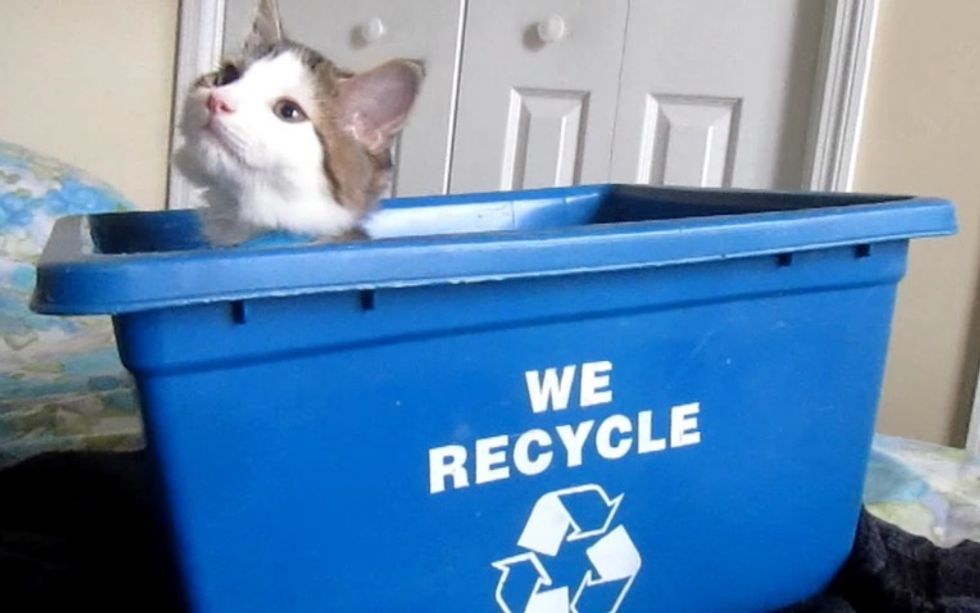 They are all grown up now!

"Every time I look at them, I know that I made the right choice. It makes me very happy to have given them both a loving home."

Share this story with your friends. More info: FormerWMDriver

Related story: Man Spotted Kitten in Trashcan Outside His Work, Knew He Had to Help