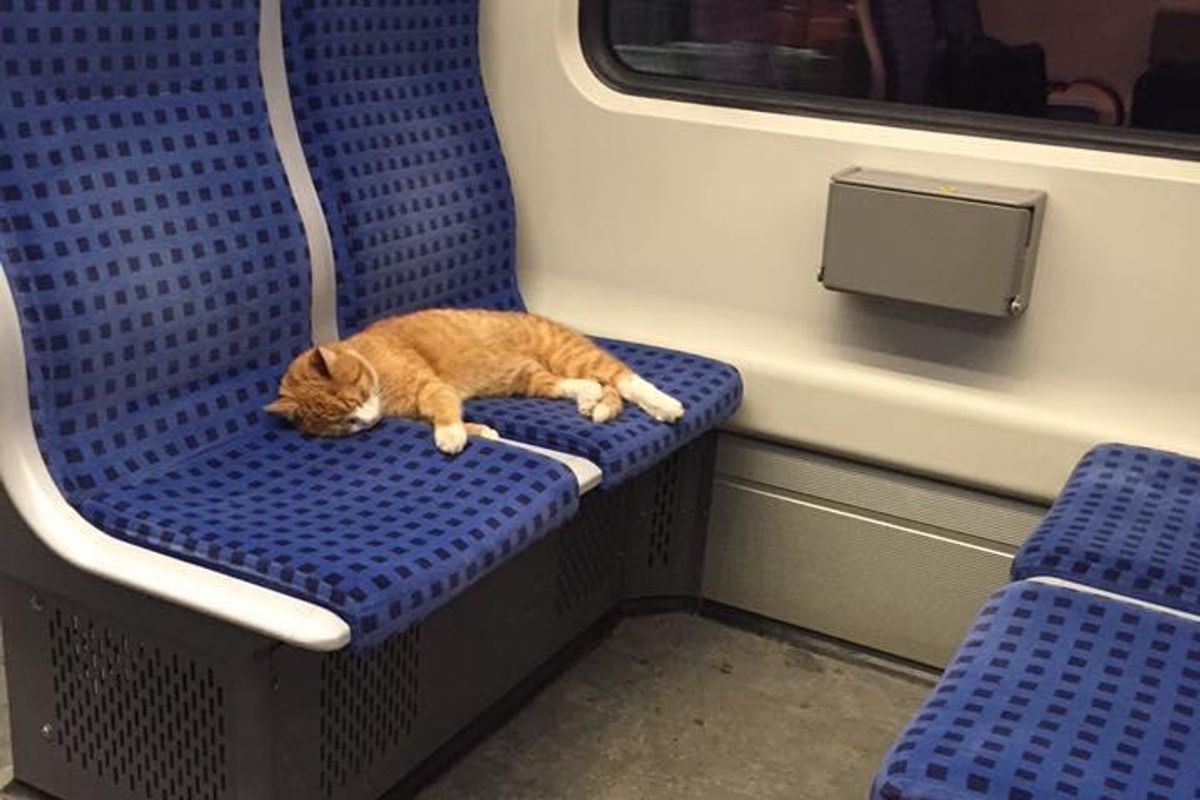 Ginger Cat Saunters Into Subway Train to Take a Nap.. (with updates)

When passengers got on this train in Germany, they couldn't believe what they saw...

A feline passenger had taken up two seats lying blissfully for a cat nap on the train. 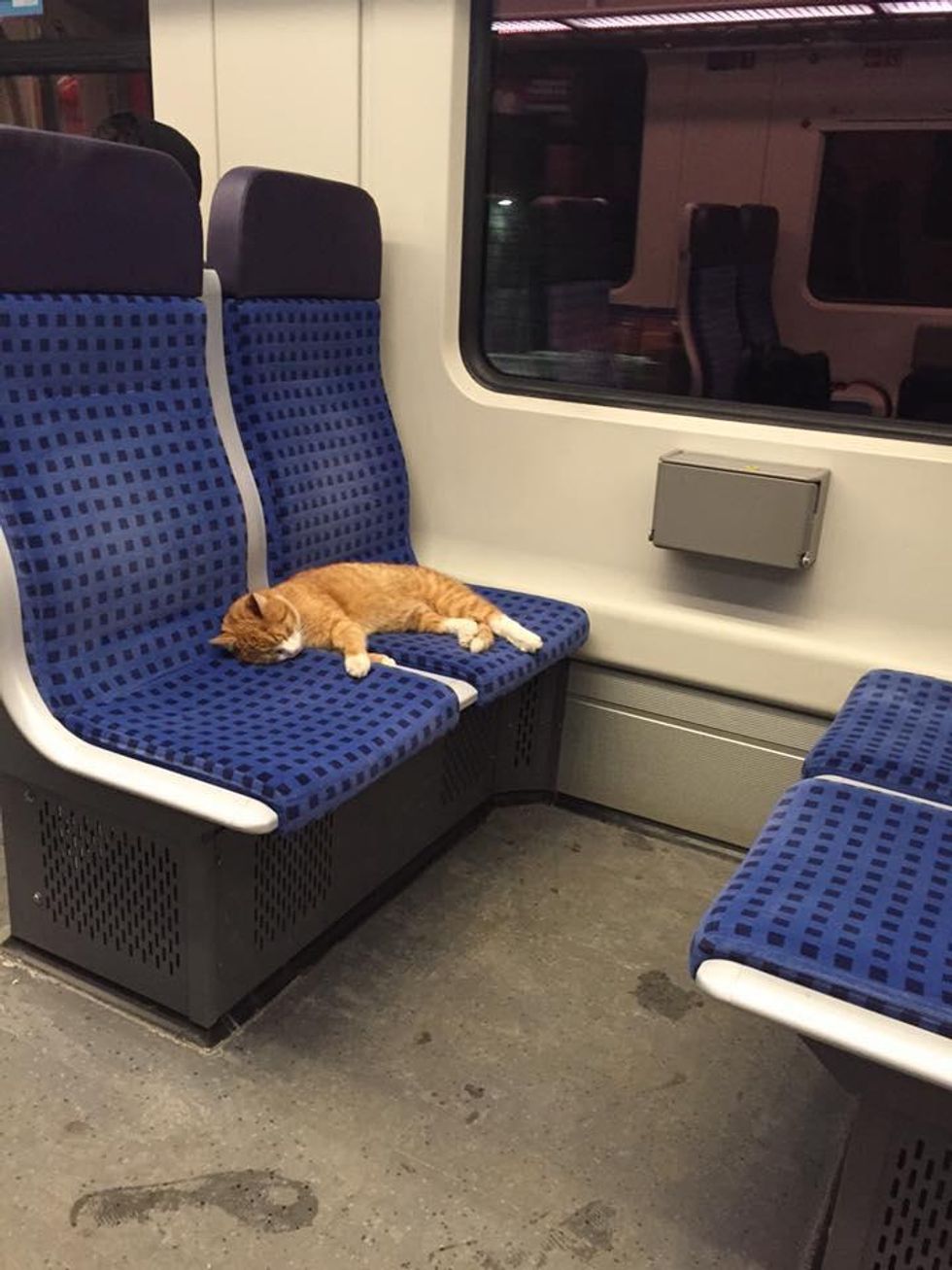 When Patrick Maurer spotted a ginger cat napping comfortably on the subway train in Baden Wurttemberg, Germany, he and other passengers were very surprised and delighted by the adorable little feline commuter.

No one knew where he came from as he drove alone, sleeping cozily on the S-Bahn train to Stuttgart.

The adventurous kitty was making his way to Kirchheim taking on two seats, snoozing and purring soundly. 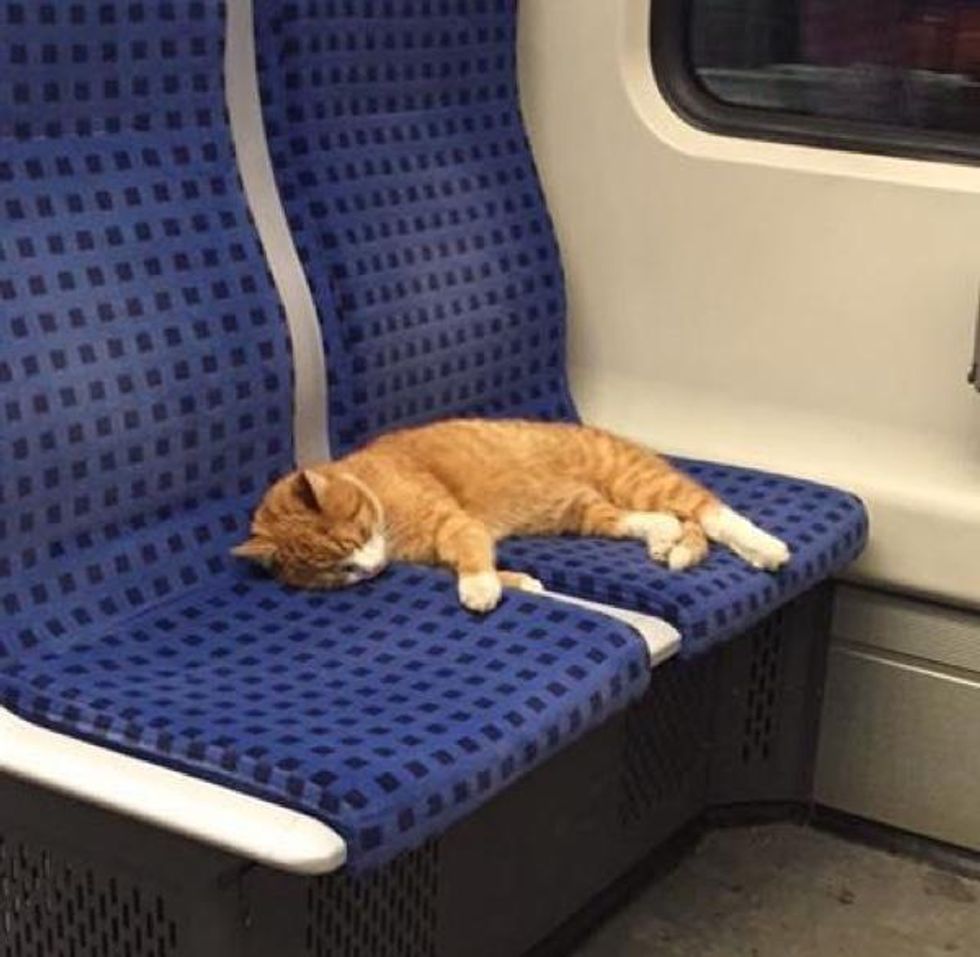 Patrick took out his camera and snapped a photo of the little runaway kitty and posted it on Facebook, hoping someone would recognize him.

"If someone is missing their little cat, he may be driving back and forth on line S1. The driver knows," Patrick said. 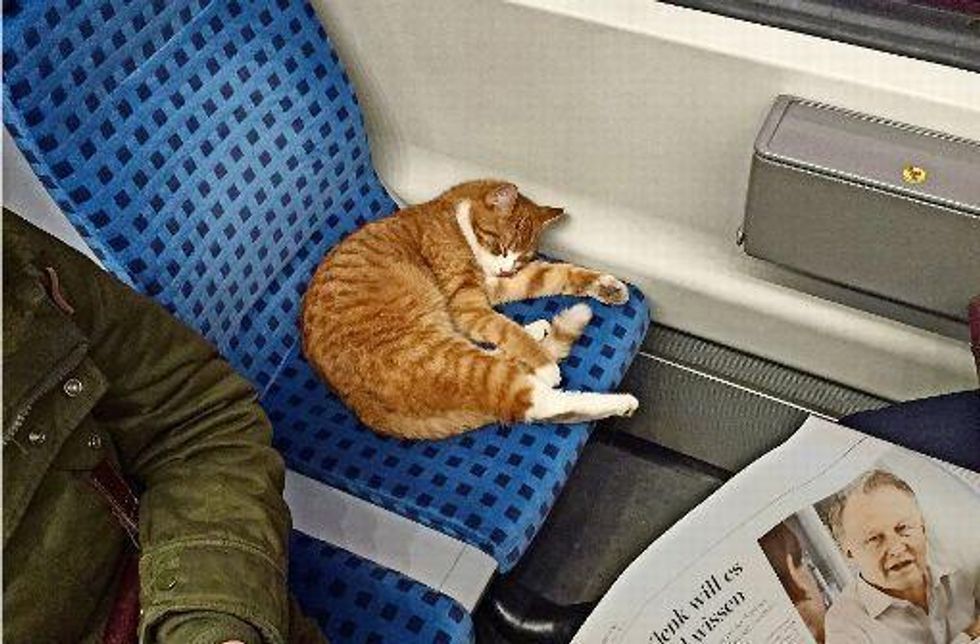 The news spread fast. Over 30,000 people shared the post in hopes to find the kitty's rightful owner. Many joked about why the kitty ran away that "they probably have bought the wrong food."

Some suspected that the ginger boy followed the wave of passengers into the train station and got on the train because of its warmth. 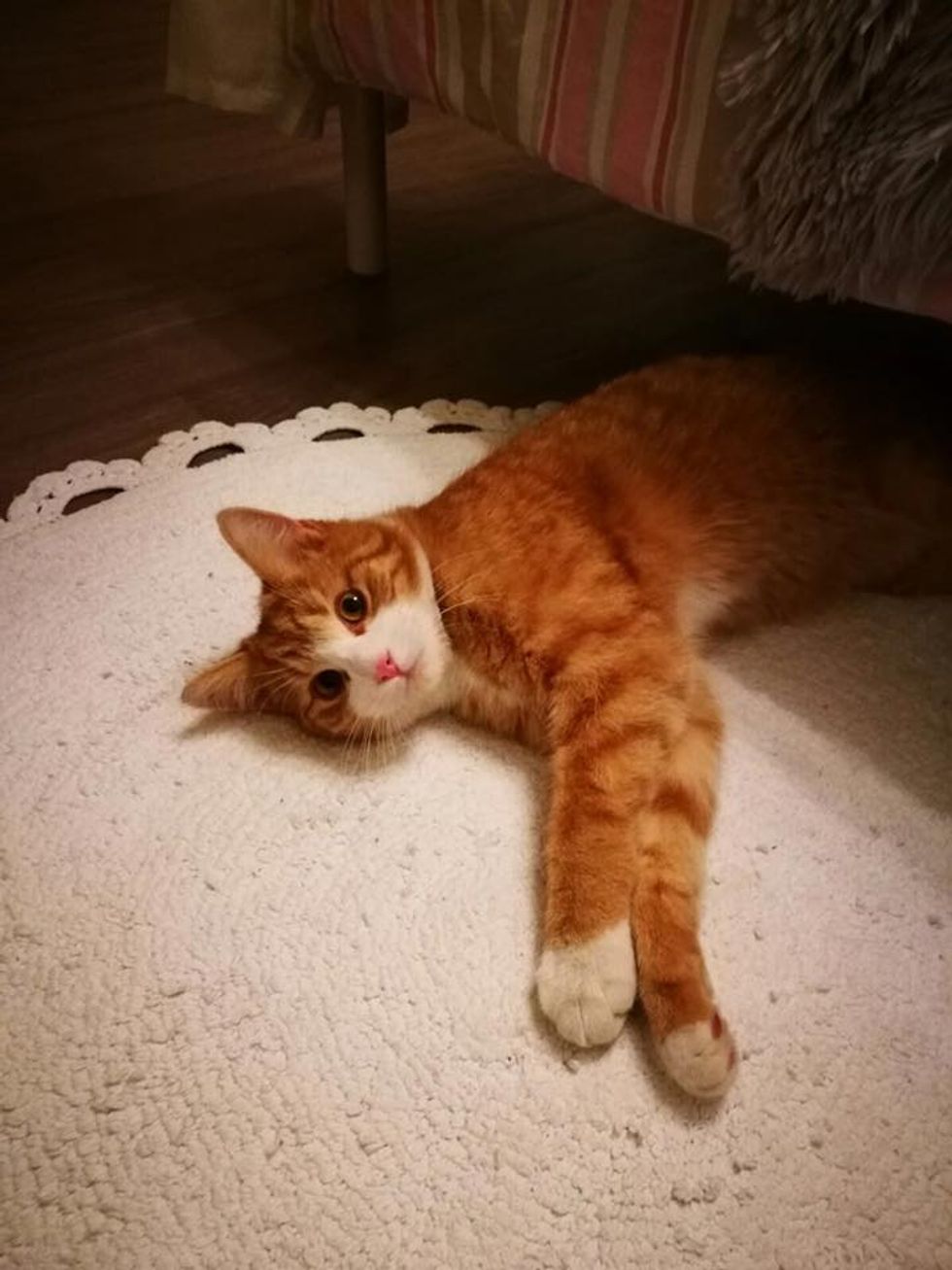 The kitty was later taken to an animal shelter where they were able to reunite him with his humans.

His human updated with photos of the kitty back in his comfortable abode. 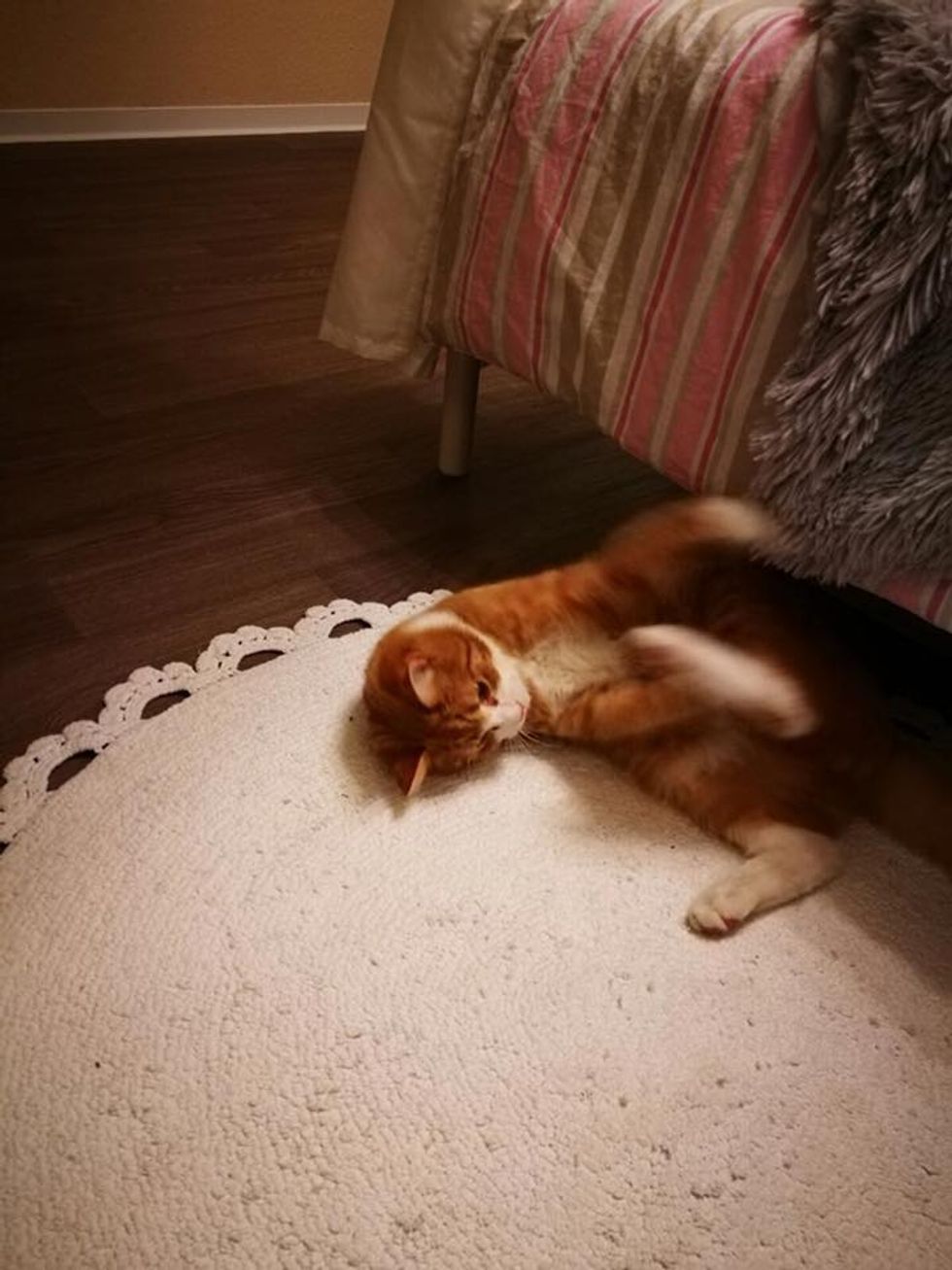 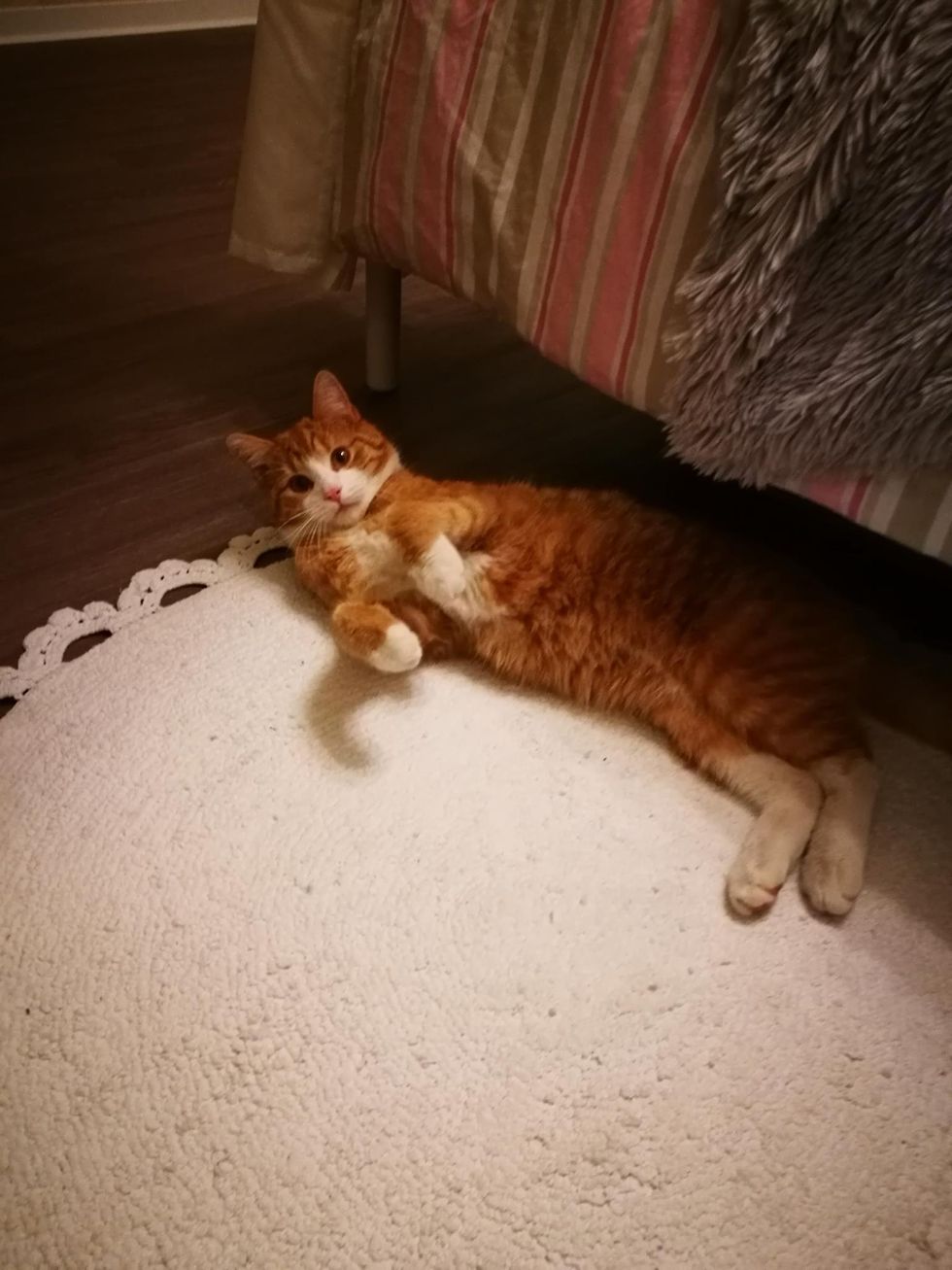 A fan photo of the kitty:

Related story: Cat Comes to Rail Station to Give Passengers Cuddles Every day