Guy Rescues Abandoned Kitten, Turns Out, the Kitten Saves Him Too

A good man saved a tiny abandoned kitten. Turns out, the kitten rescued him too. 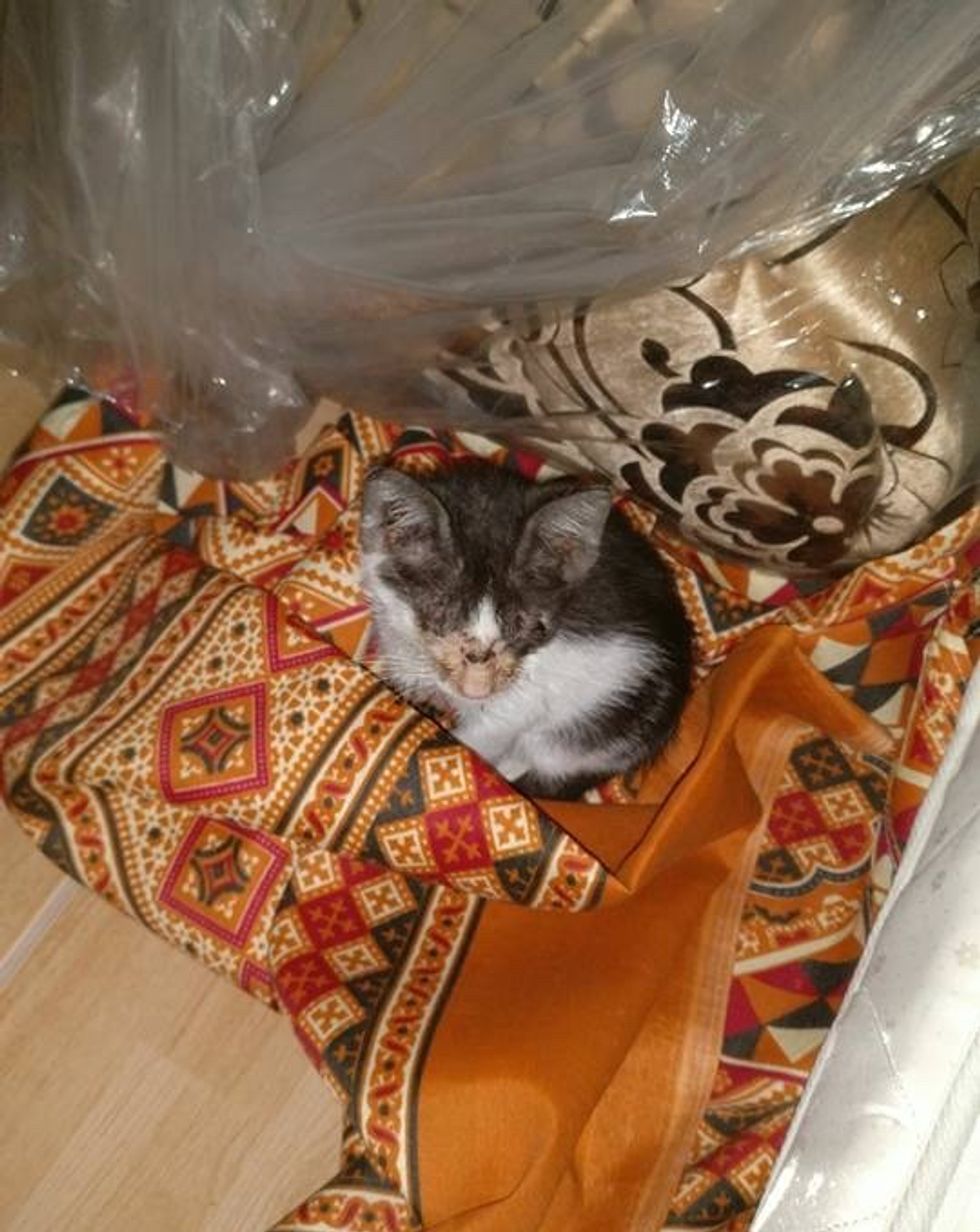 Reddit user Derpton89 had been feeding a litter of three kittens, but after their mother abandoned them, he knew the kittens needed help. When he picked up the little tuxedo, his siblings had already passed. The kind hearted man took him home that night and was determined to nurse him back to health.

Little Dante was weak and fragile on the first day home, but he was not giving up.

"He couldn't see or walk properly. He fell asleep instantly after I fed him some food and gave him a bed (or myself in this case) to rest on," Derpton89 said. 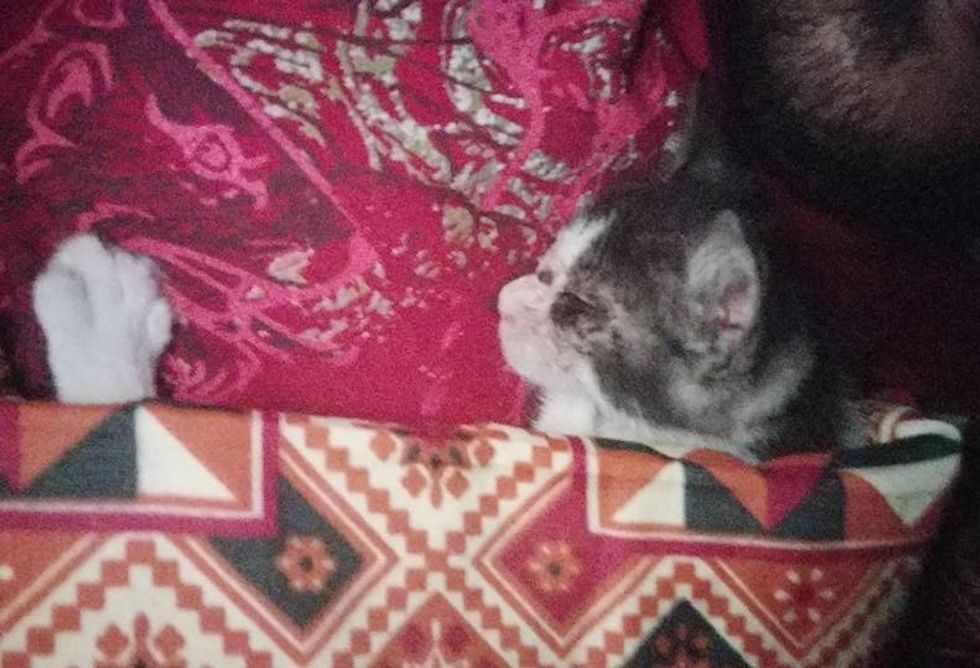 At the vet the next day, the kitten received IV treatment and medication that he needed. It gave him a boost of strength and he was eventually able to stand up on his four paws and open his eyes to see his rescuer clearly for the first time.

His rescuer became the family he always wanted and he would follow him everywhere he goes. 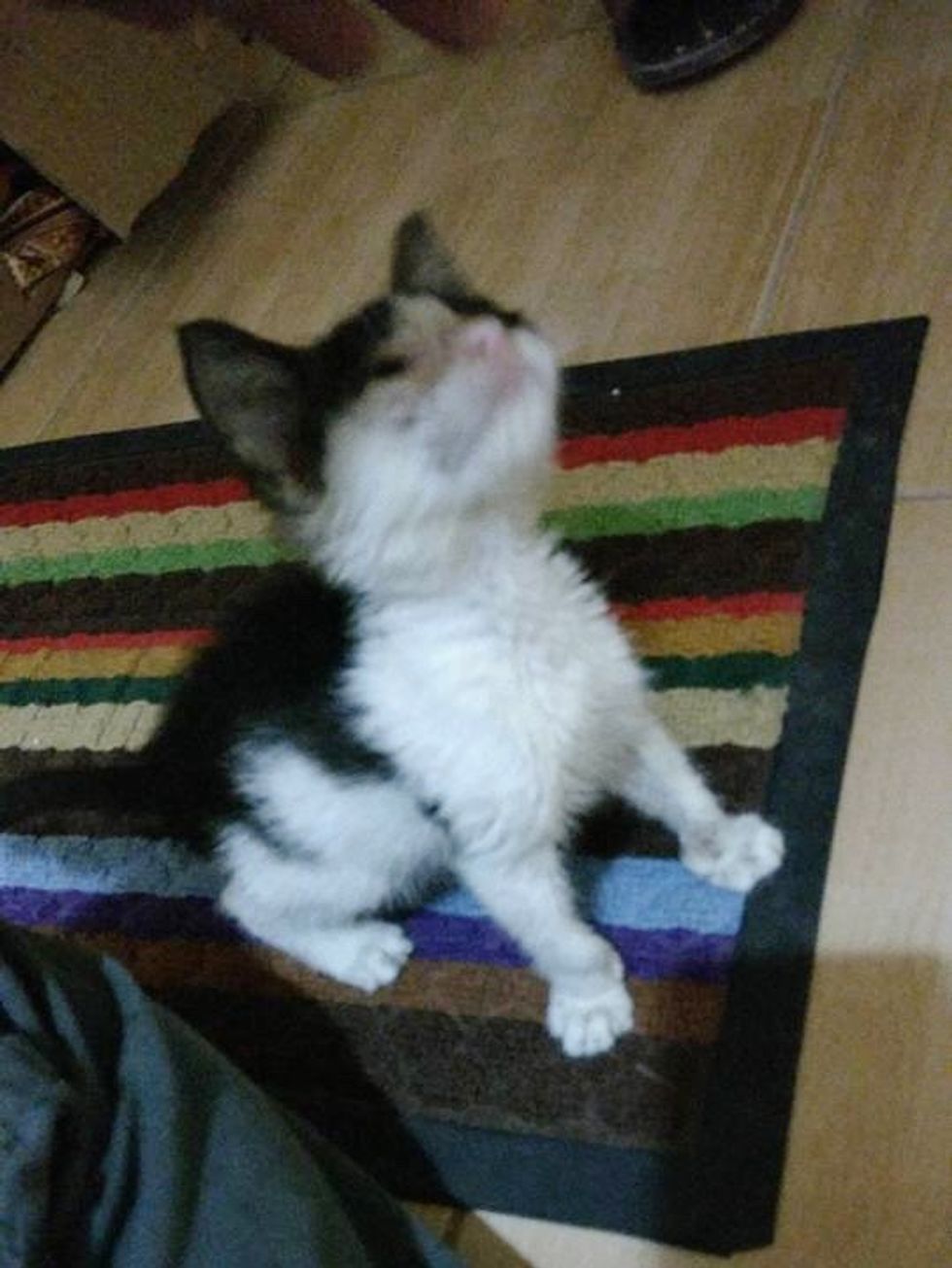 One week after the rescue, little Dante had recovered so much. His eyes were clearer and he was eating well and could finally meow.

It took another couple of weeks for the kitten to show his playfulness. He was simply happy to be loved. 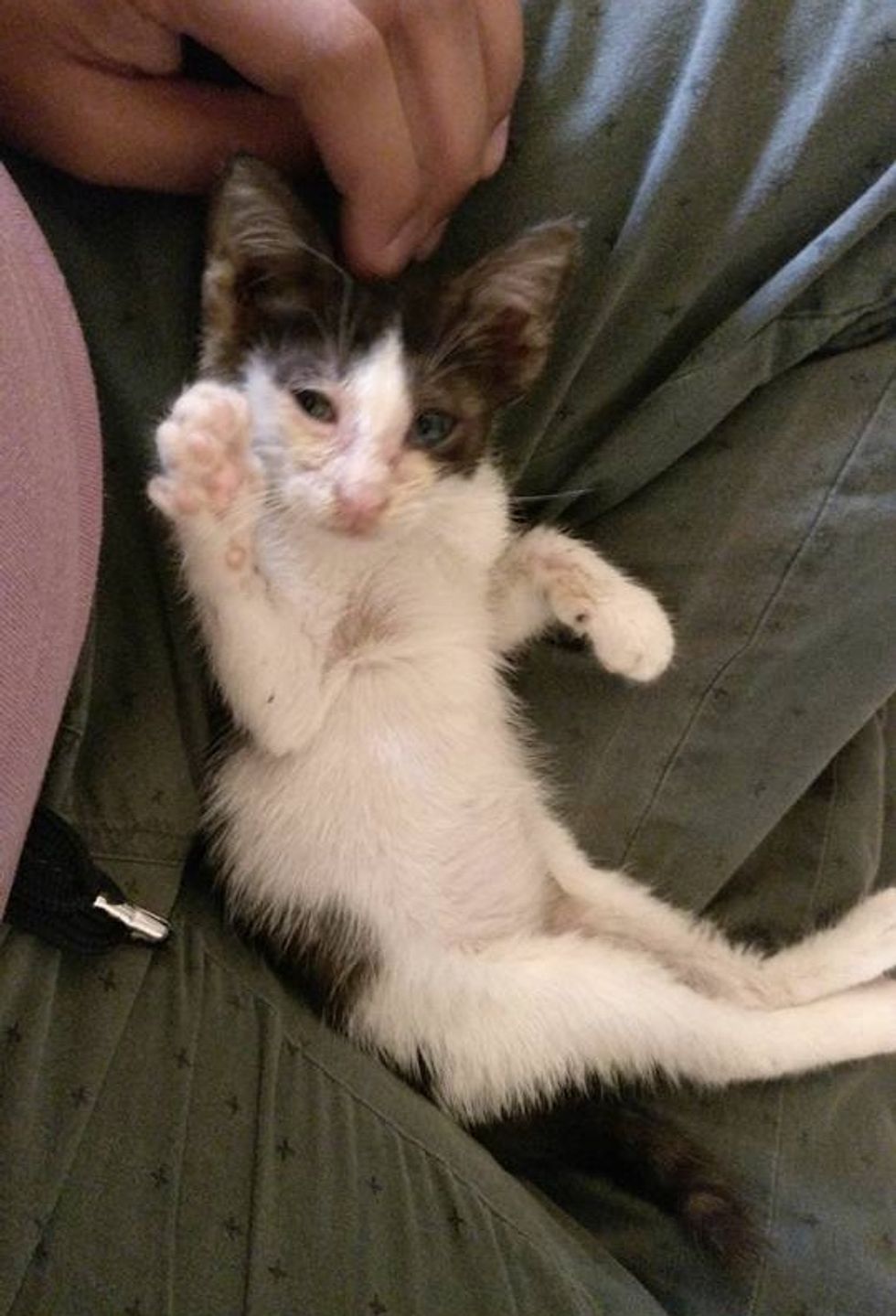 "He's rescued me a lot this month from depression after I rescued him. And he's growing up so fast," Derpton89 said. 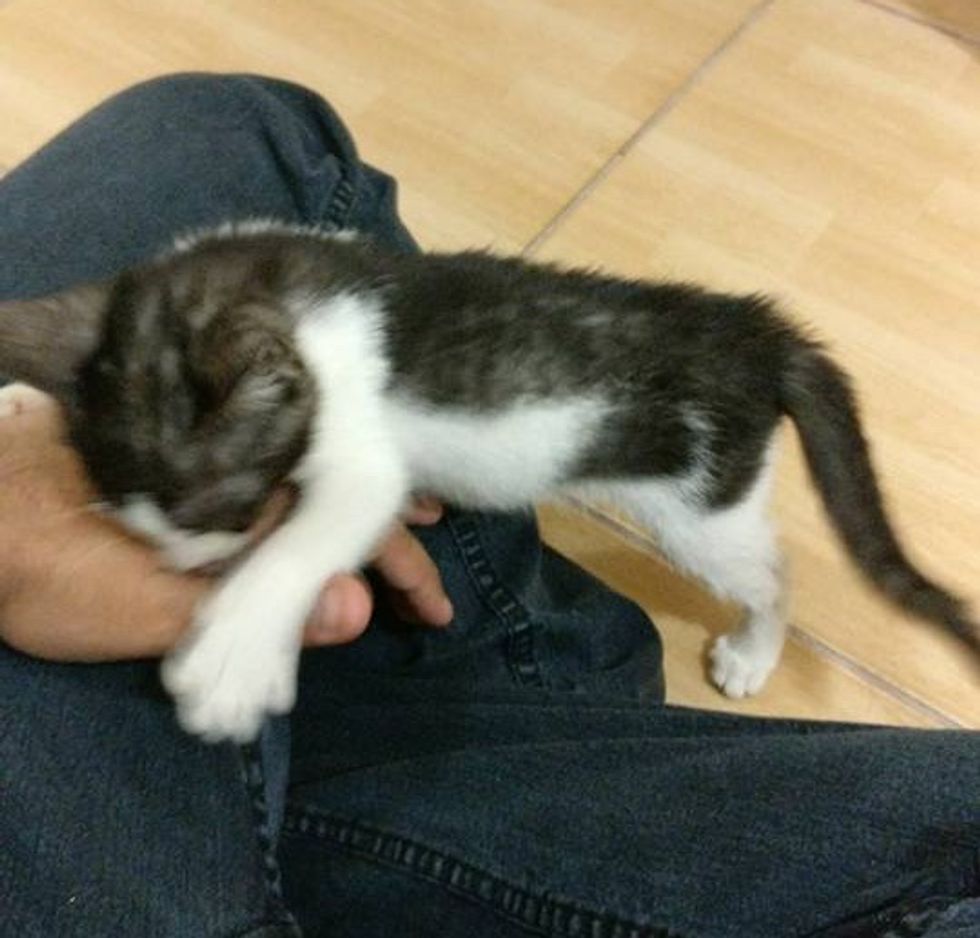 Sweet little Dante lifted his spirits with his strong will to live. Seeing the kitten get better gave him the best rewarding feeling and joy. 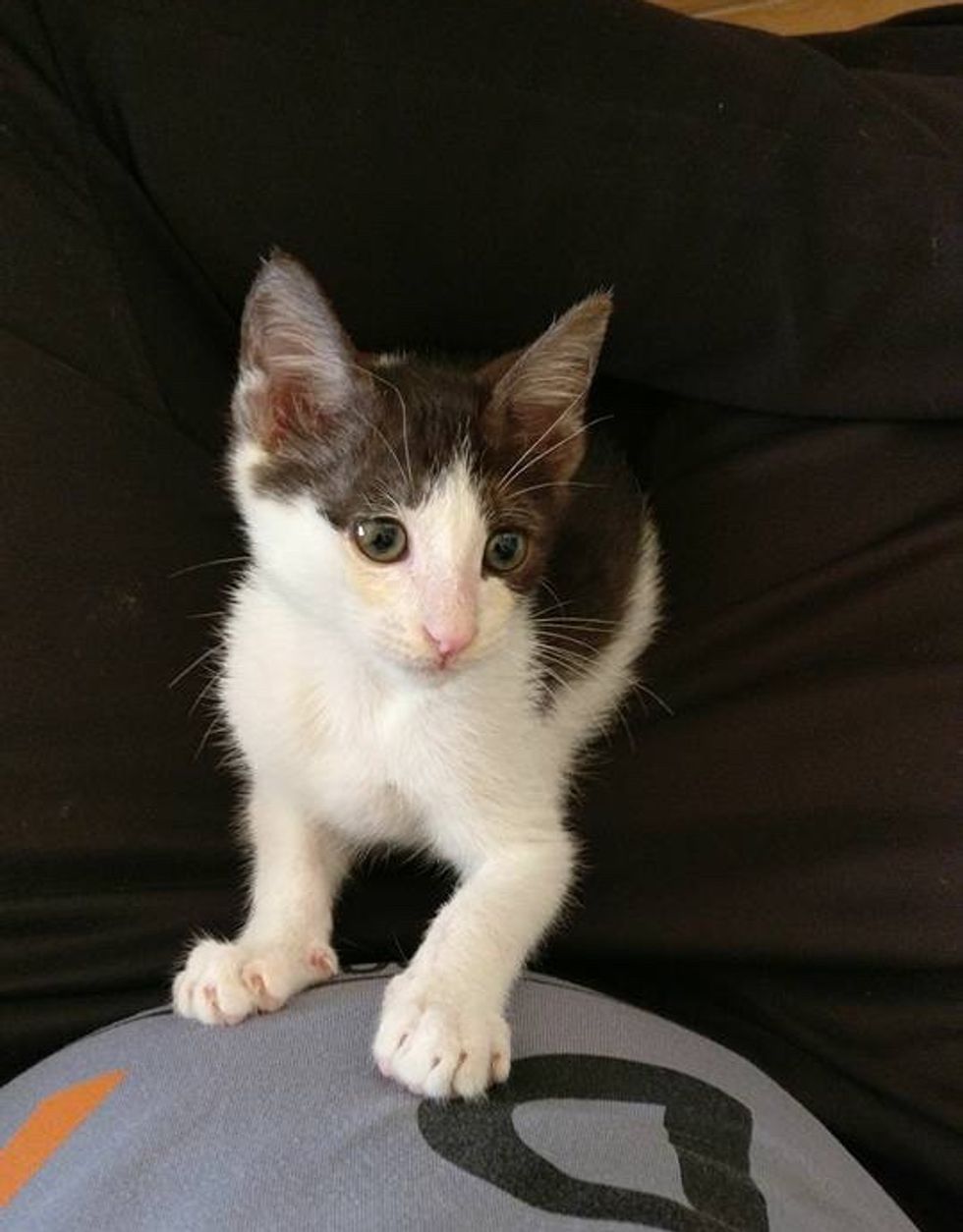 Dante was given a second chance at life and he returned the favor by saving his rescuer back.

Sleeping on his human's lap, sending him the power of purrs. 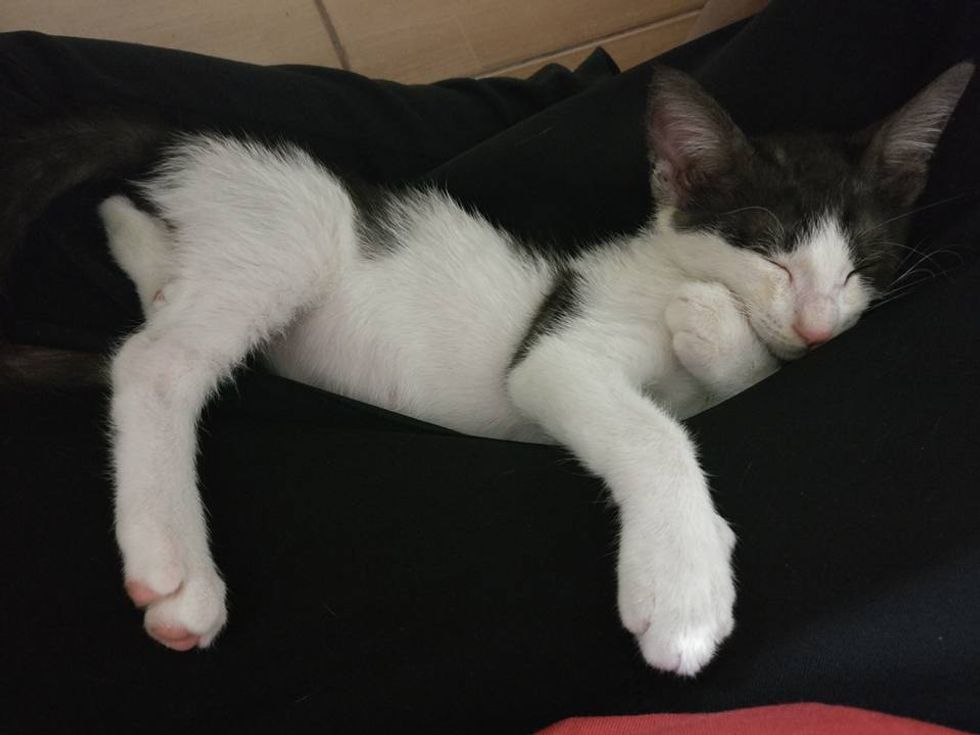 Share this story with your friends. More info: Derpton89

Related story: Man Saves Orphaned Kitten from Backyard and Raises Her into a Snuggle Bug