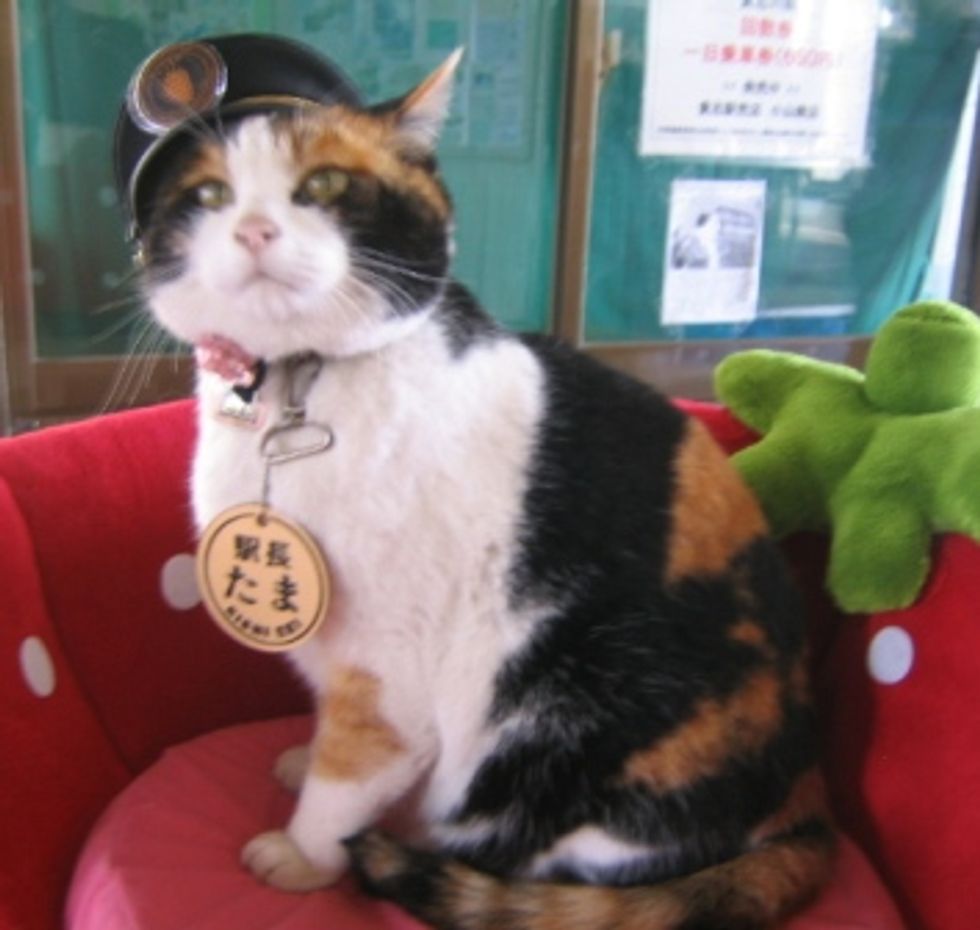 Japnese Calico Cat - an Inspiration to Railways in this Economy

Have you heard of the legendary calico cat from Kishikawa, Japan? She was discovered by the Wakayama Railway in Kishikawa back in 2007. They named her Tama and gave her the title of "Super Station Master." They even built a little nesting place at the train stop for her to call home. Tama was given a custom-made conductor's cap and was featured on the railway's posters which were then disseminated throughout Japan. Soon after Japanese got the wind of the railway feline mascot, her presence took the nation by storm. Commuters took hours upon hours to come just to catch a glance of her.

The panchan for cats in Japan is adirable. Besides Hello Kitty, Maneki Neco, Tama has become Japan's new feline star. Careful how you address the railway celebrity. If you call Tama an "it", you might "throw the town of Kishikawa into an outright upheaval."

There was a book written about Tama and a documentary filmed to show the nation about this incredibly lovable creature's life as the Super Station Master.

The town of Kishikawa reaped large economic growth from Tama's presence. With waves of tourists coming to see the cat and tremendous sales generated on Tama featured merchandise, the town managed to bring more than $10 million (USD) in revenue in 2007 by the sole efforts from this little modest furry train sensation.

Fast Forwarding to 2009, in San Francisco, the Muni railway business has been in the red due to the whirlwind of global recession. Joe Eskenazi in Public Transit proposed to Muni about the idea of possibly "adopting a revenue-generating mascot," the idea was quickly declined by the Muni Spokesman Judson True. The excuse reason was there would be underlining costs such as hiring a person to feed the cat and the cost for cat food.

Heh. Not if it dines on rodents living in Muni stations. But if the fraternity boys across the street from my college apartment could take care of a German Shepherd, I think Muni could handle a cat.

A cat, by the way, also does something we only wish Muni vehicles could do: It constantly cleans itself.