A blind kitten who was rejected by his litter, found someone he loved. They came back for him and turned his life around. 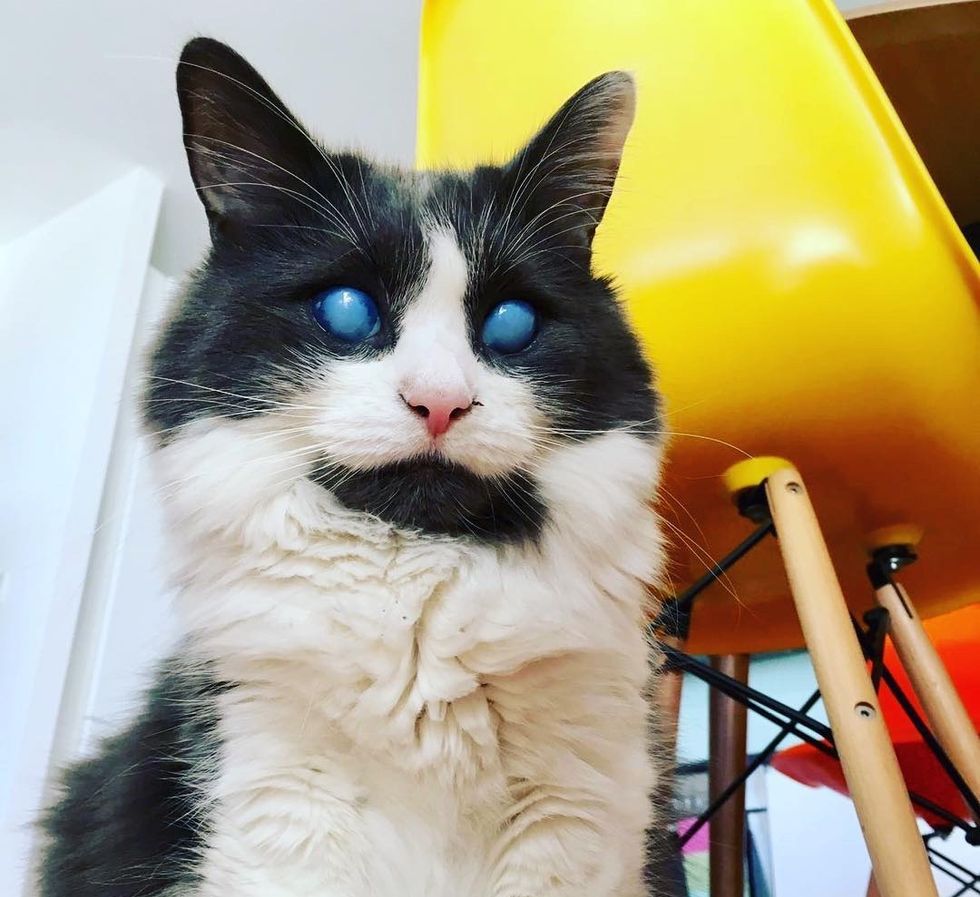 Kerry Denman from London, England visited a litter of kittens that were looking for homes. She went to spend some cuddle time with the kitties without the intention to adopt.

Soon after she arrived, she noticed a tiny gray and white kitten singled out by himself, nesting alone on top of a laundry basket. "He'd been rejected by his mama, and his litter mates had pushed him out," Kerry told Love Meow.

The kitty was born blind with patellar luxation and skeletal abnormalities. "When I first picked him up, he kind of just curled up into a ball in my hand. And then I stroked his head and he relaxed." 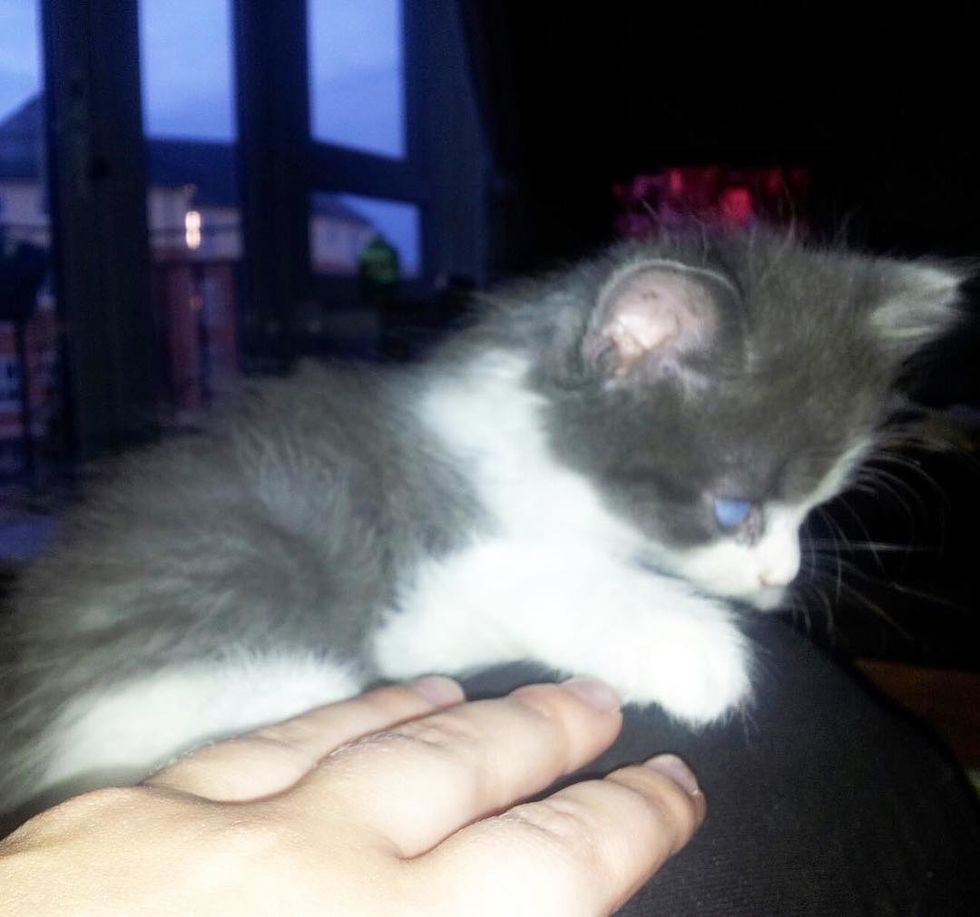 Kerry went home after the visit but couldn't stop thinking about the little blind kitten. By the second day, she knew it was time to head back and bring the little guy home.

She named him Louie the Blind Cat. "I went to see a litter of kittens, just to feed my need for cuddles, never actually intending to take any home with me..." But then Louie found her. 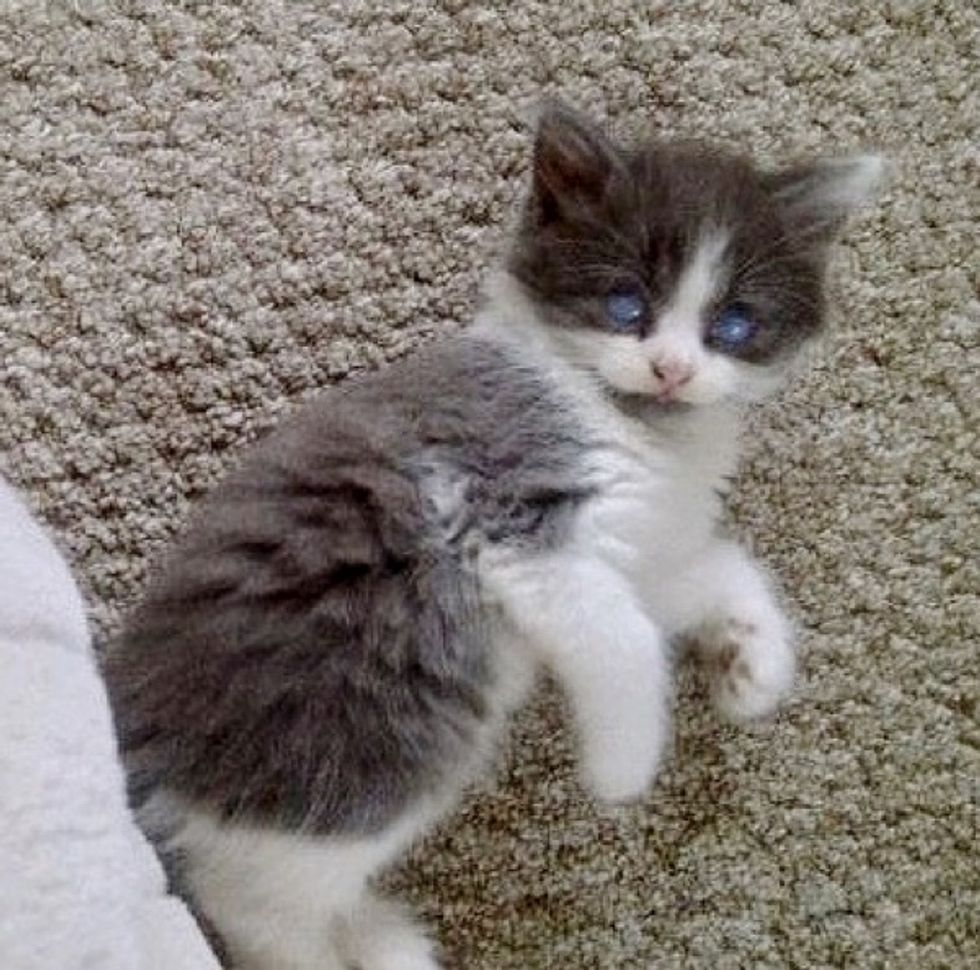 The kitty quickly settled into his new abode and adjusted to change with flying colors. "His first day home was nerve-wracking for me. But for him, he didn't show any signs of being scared. He was exploring straight off," Kerry told Love Meow.

"He just went about himself like he'd always been with me." 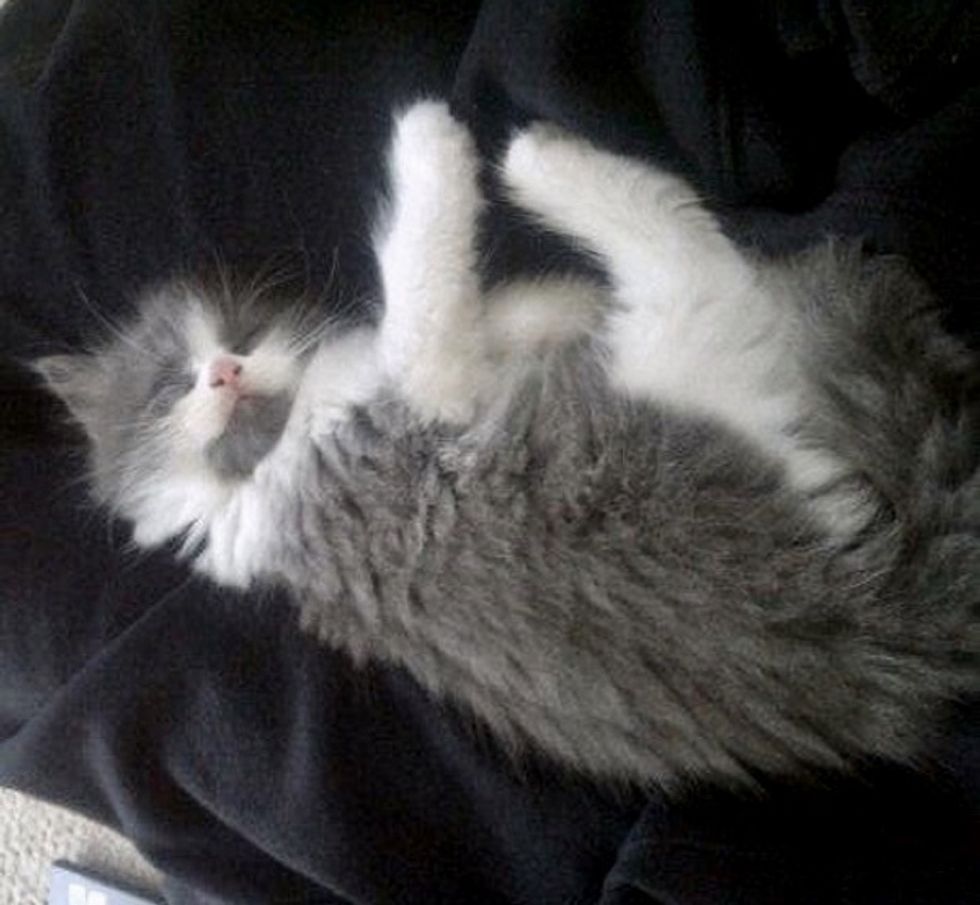 "I remember early on when other people were in the room. He'd be a little nervous and would follow my voice and just sit near me. I think, he felt safe with me from the beginning."

Louie loves toys that make noise. Despite having no sight, he enjoys scampering around the room and has his fair share of zoomie moments. 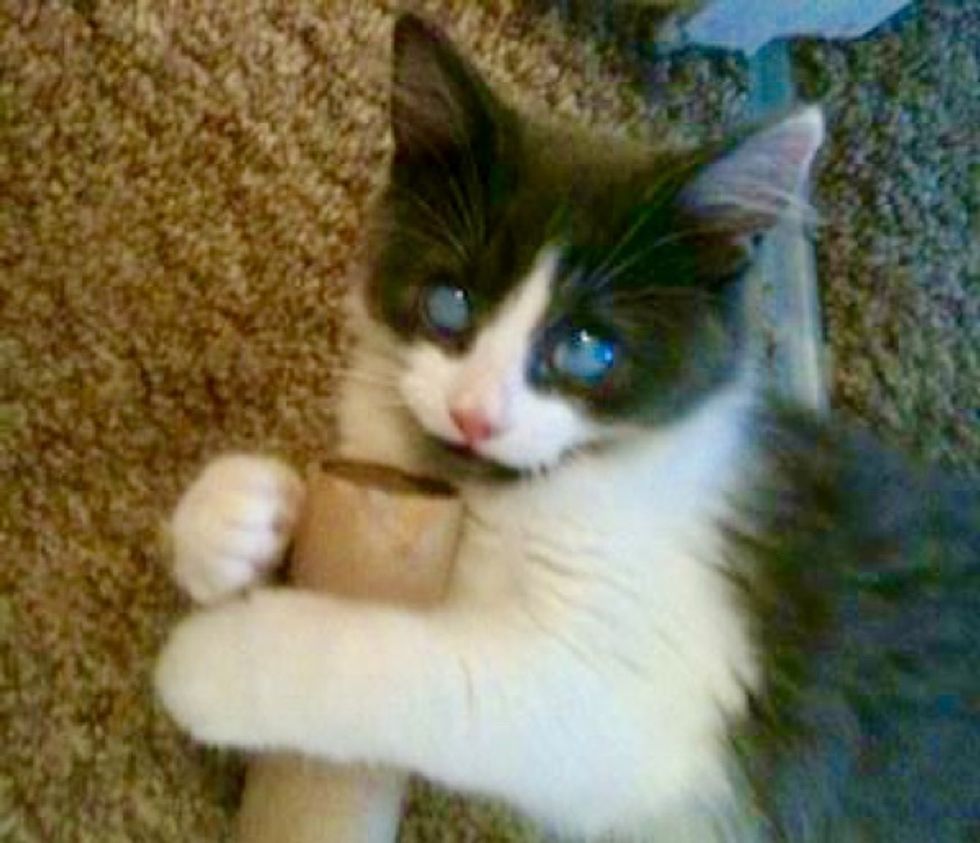 "He follows us around, and he doesn't like to be left out of action. He'll always be wanting to know what's going on," Kerry said.

"He purrs a lot and is very specific with cuddles. He will lie between my legs when I'm in bed." 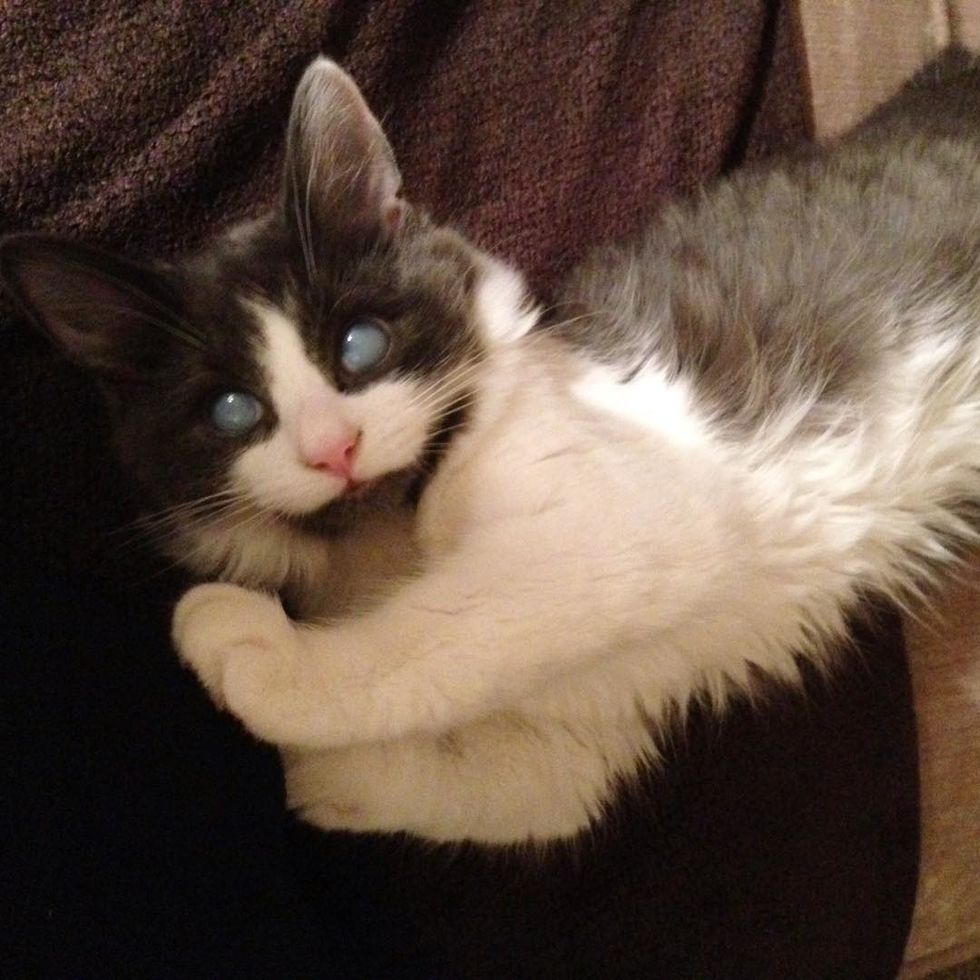 "I think his senses and his whiskers combined just work together so well that his lack of sight isn't such a game changer. Obviously, it would be different if he were on the streets. In an environment that he knows and stays constant, he's fine."

Watch Louie in action in this adorable video:

Over the next several years, Louie blossomed into a beautiful, fluffy cat. Though he's had numerous health issues, he's never stopped living life to the fullest.

Louie the little supervisor on duty! 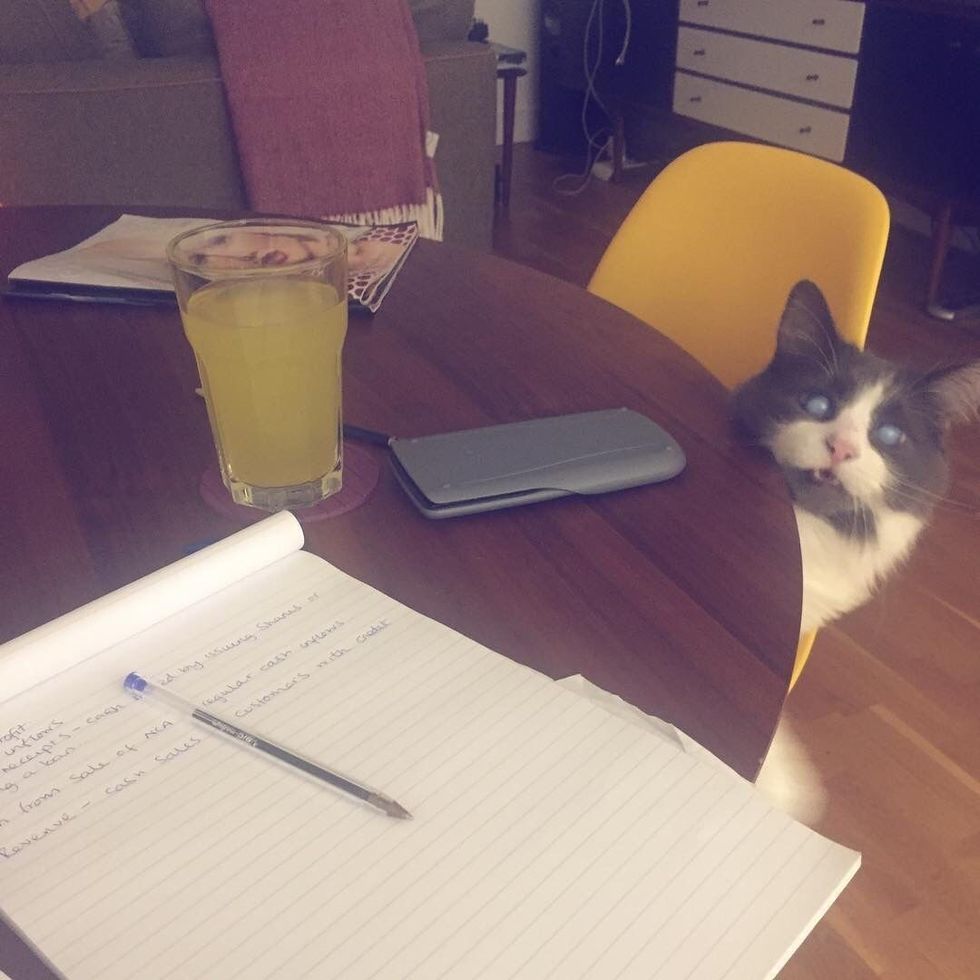 "His nature is so happy and calm. His will to live is strong. He hasn't had the best amount of luck in the world but he just keeps going." 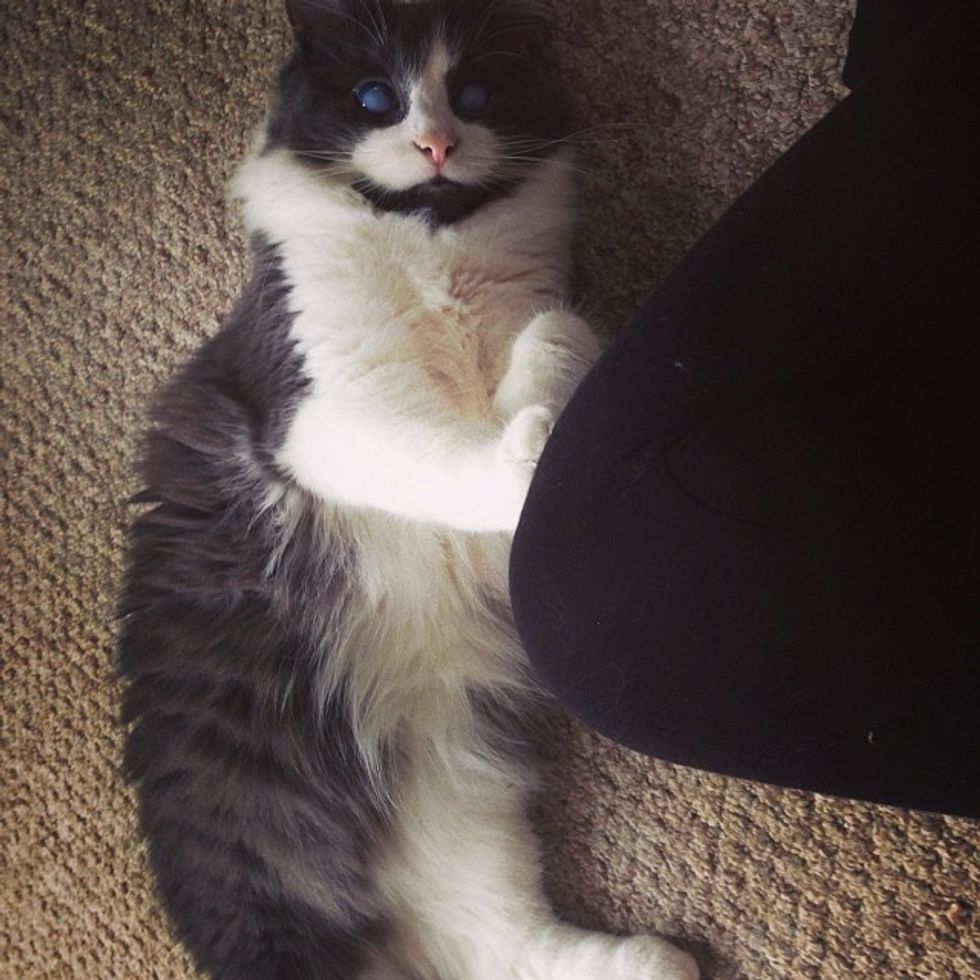 "Cats like Louie aren't so different to a cat that's not blind. Caring for Louie has been so rewarding because I've got to witness the strength and resilience that cats have when faced with what we perceive as limitations," Kerry told Love Meow.

Louie doesn't let anything stop him from doing what he loves. He's just as playful and adventurous as any other cats. 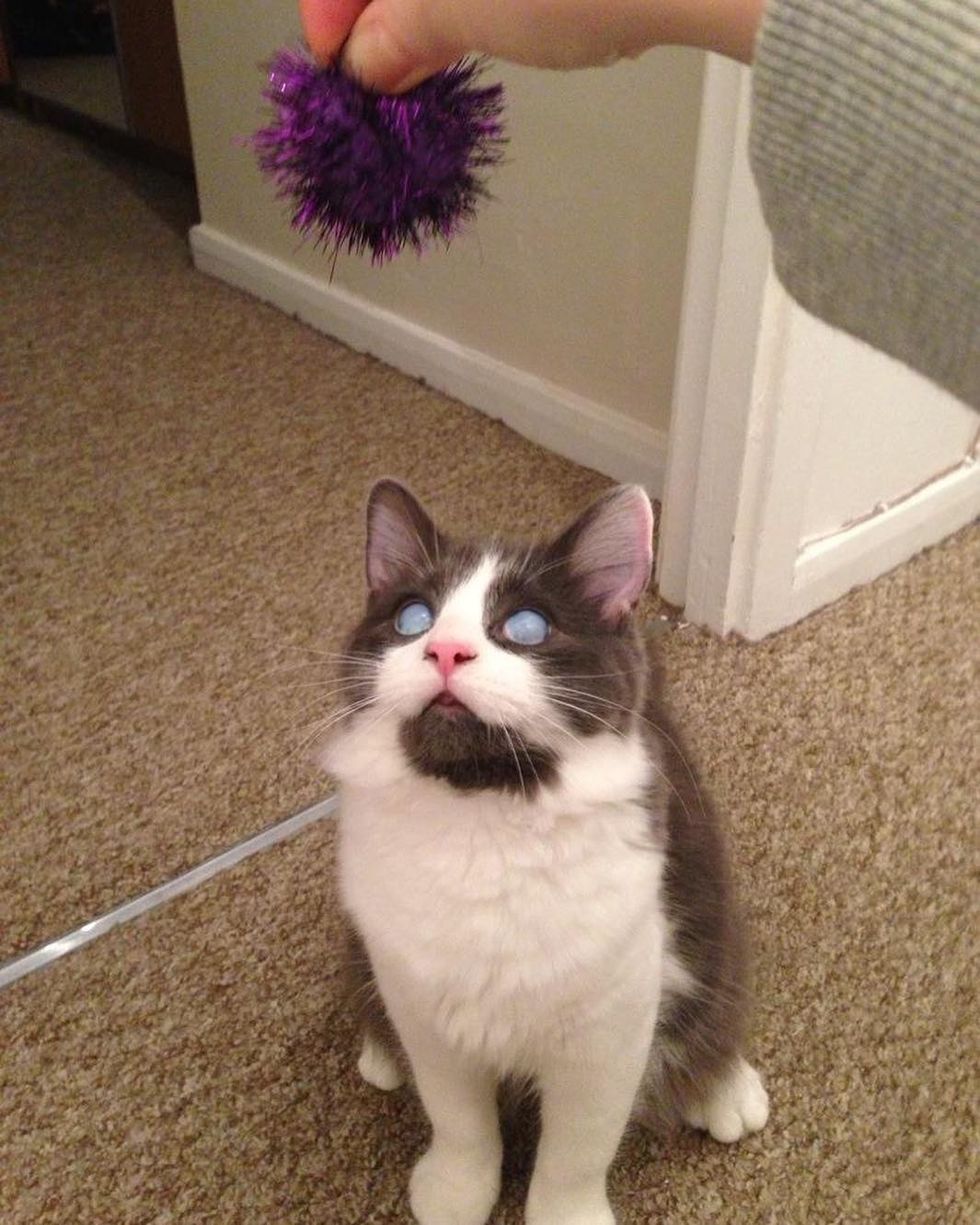 "When I think how easy he was with me right from the very first day, he definitely chose me." 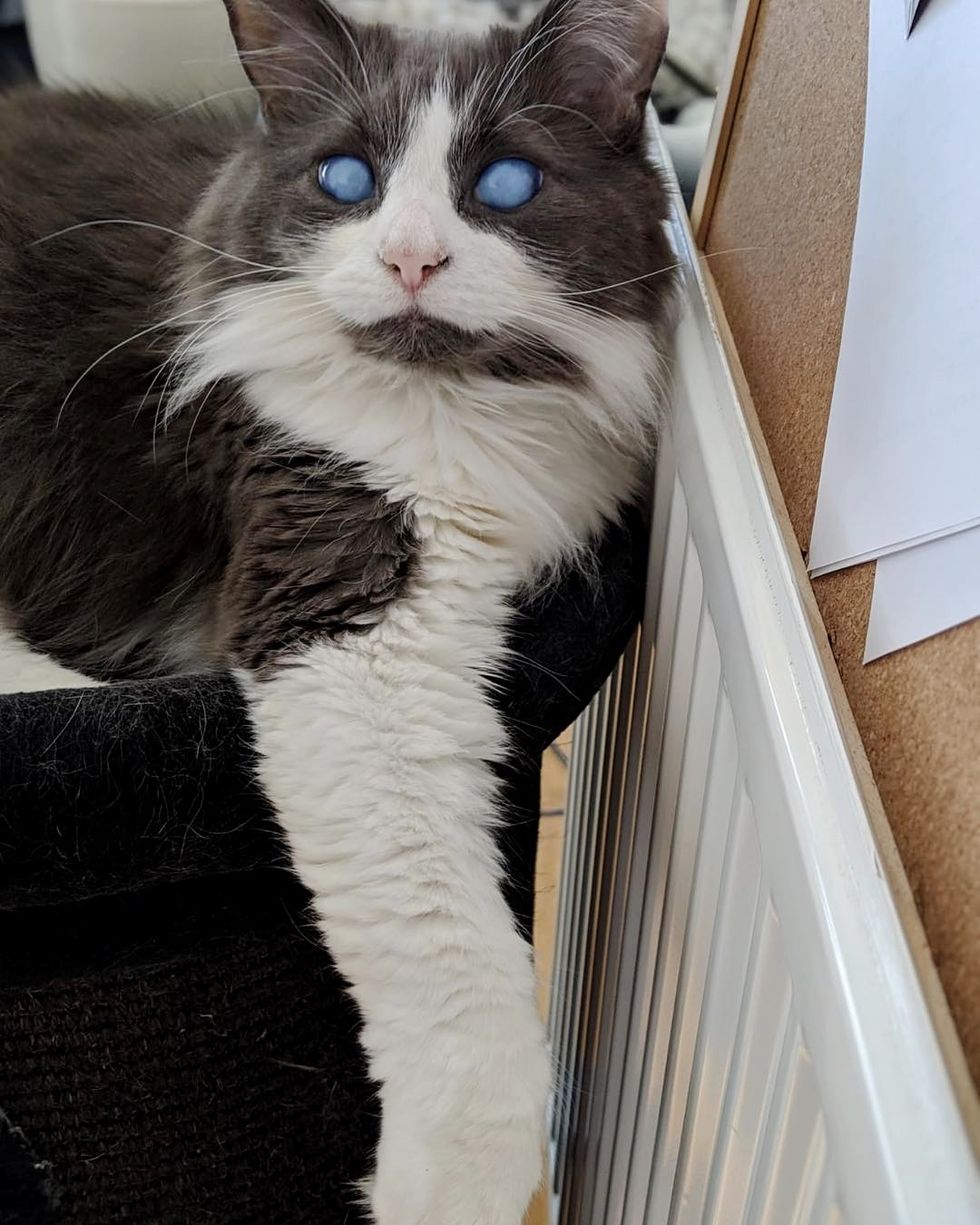 Related story: Men Went to Adopt a Kitten But a Beautiful Blind Kitty Found Them Instead